The tone of the first two episodes of Arrow Season 5 reminded us of the world which is much simpler, the story is grounded, flashback scenes are gritty and villains are more relatable. It’s literally a throwback to the debut season. It seems that the new season is trying to distance itself from the supernatural/meta-human elements and embracing its own roots. 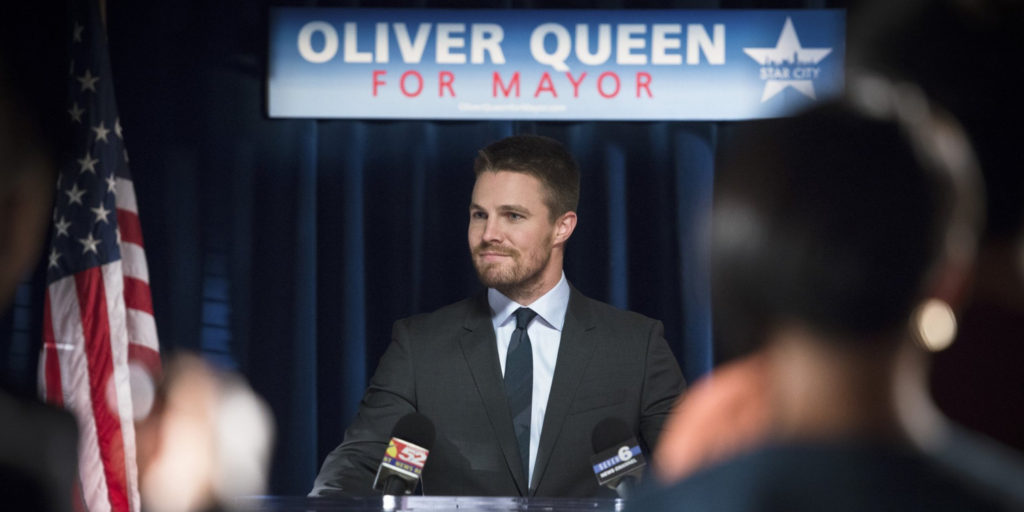 We saw Mayor Oliver Queen unveiled the statue of Black Canary to honor the legacy of Laurel Lance, and simultaneously fighting crime in the city alone as his right hand John Diggle left Star city and the team. In the last episode of Flash, Barry Allen went to Felicity and told her that he changed the timeline, he found out that Diggle now has a son instead of a daughter due to Flashpoint. He rejoined the army and is now captured while on a covert operation. He may also be framed on the charges of treason and murder by his superior. What will be the fate of Diggle? 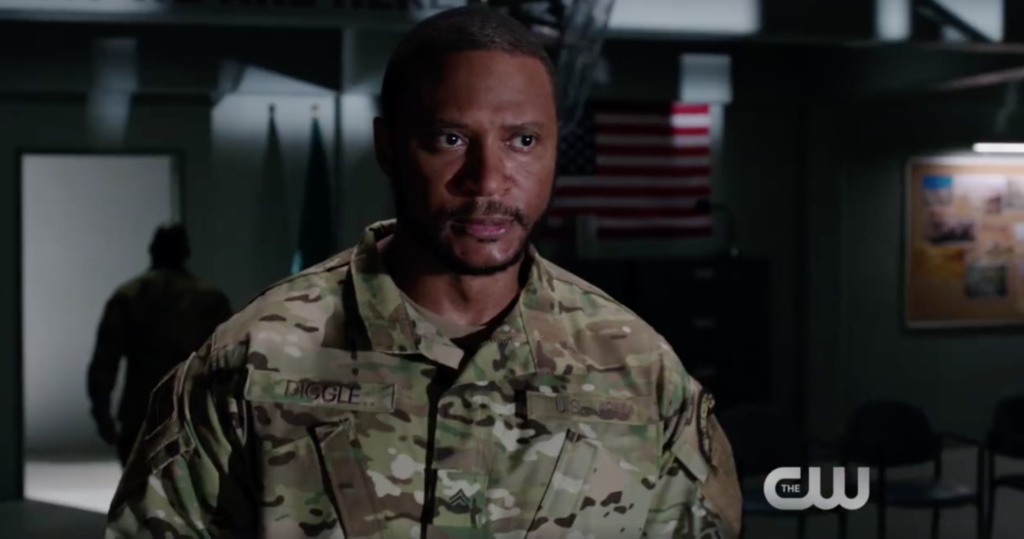 Marc Guggenheim in a recent interview said this on Diggle’s journey: “This is the start of a storyline that’s actually going to carry us through episode 512. There’s going to be a long tail storyline that we’re doing with Dig this year.” He further added “At the end of 502, Diggle gets arrested and 504 deals with how Oliver handles that circumstance. It’s not so much about changing their dynamic as it is what lengths will Oliver go to for his best friend.” Both are slowly realizing that they can’t live separate lives, we will see under what circumstances will they reunite but things won’t remain the same. 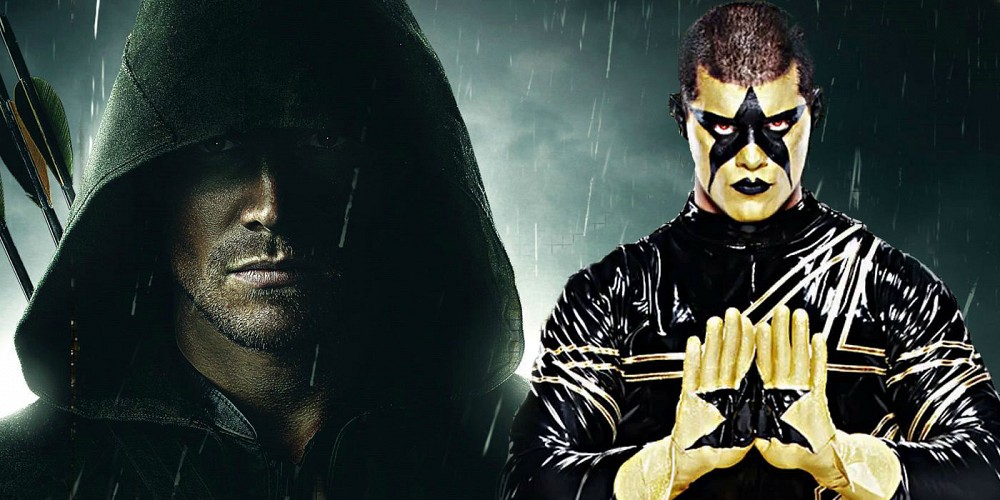 Here’s the synopsis for the next episode:

“WWE STAR CODY RHODES BRINGS THE SMACKDOWN TO STAR CITY — Now that Oliver (Stephen Amell) has his new team, they are ready to hit the streets but Oliver doesn’t feel they are ready. Headstrong Wild Dog (guest star Rick Gonzalez) defies the Green Arrow’s orders and sets out on his own after a new drug dealer, Garret Runnels (guest star Cody Rhodes), who is terrorizing Star City. Runnels proves more powerful than Wild Dog and it is up to the Green Arrow to go head to head with Runnels to save his teammate.” 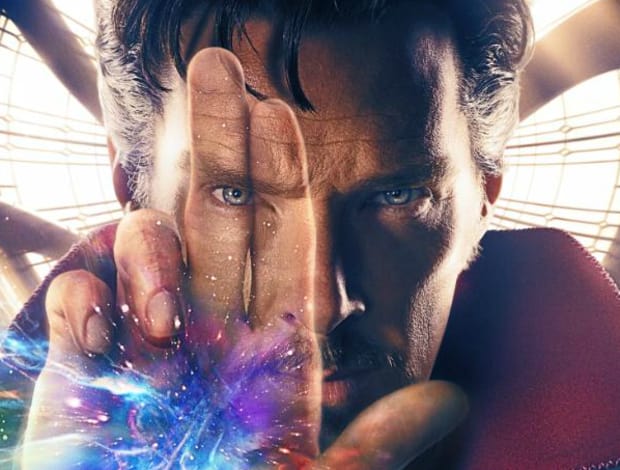 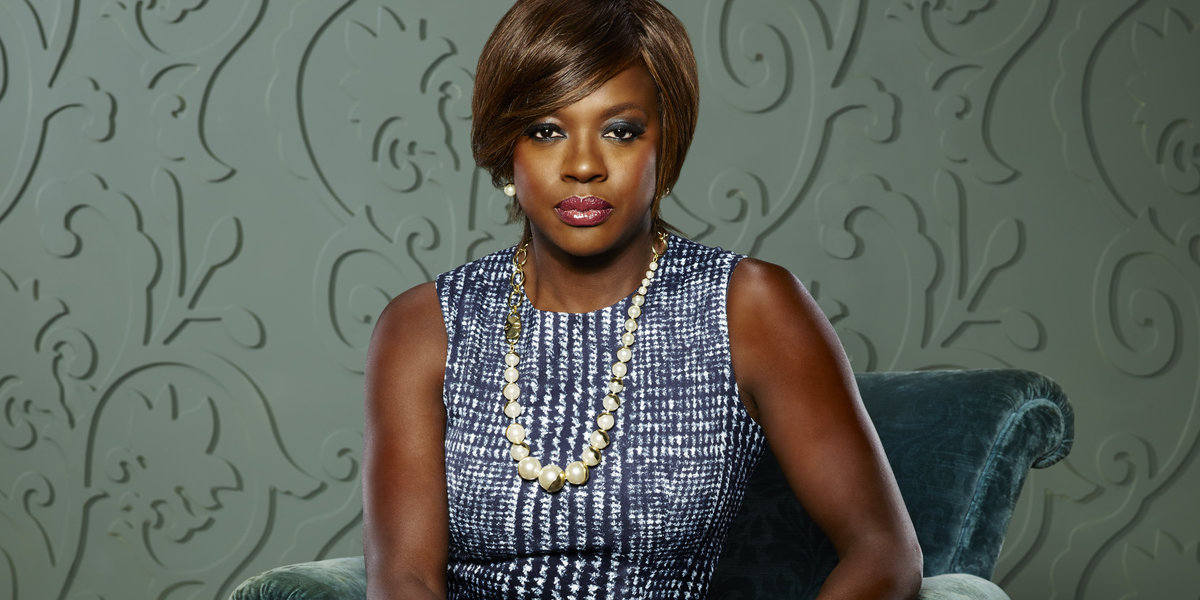 Is Annalise Keating the Best Black Female lead on Television?