“First of all, I’m not doing the Super Bowl. I mean, come on, that show is not about music. And I don’t really — I can’t dance or anything like that. They were very kind, they did ask me, but I said no” Adele told the concert audience.

“I know I’m not Beyoncé, I can’t jump or anything like that,” Adele said in a report filed by cnn.com.

However, National Football League(NFL) has backfired that there was no official offer made to the singer, there was no turning down. The Oregon Live reported a joint statement by NFL and Pepsi over the offer.

“The NFL and Pepsi are big fans of Adele. We have had conversations with several artists about the Pepsi Super Bowl Halftime Show. However, we have not at this point extended a formal offer to Adele or anyone else. We are focused on putting together a fantastic show for Houston and we look forward to revealing that in good time.”

Well, Adele knows well how to endear his fans. The way she conceded her weakness and felt like not fit for the event shows her a person of great sagacity.

Her ‘no’ has earlier helped her to gain a grip over her career.

Last Year, she released 25, her latest album which broke the sales record, selling 3.38 million copies, in the first week, in the US alone. Her decision to not the album for streaming helped her gain such a massive sale.

“For me, all albums that come out, I’m excited about leading up to release day. I don’t use streaming. I buy my music. I download it, and I buy a physical [copy] just to make up for the fact that someone else somewhere isn’t. It’s a bit disposable, streaming.” she said last year in a report by The Time. 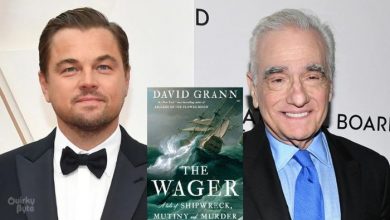 5 Hot Actresses With The Most Seductive Voices