It’s not even a week since the news came that at the end of comic-book title Civil War II, Tony Stark will be stepping out of his Ironman suit and a character named Riri Williams who is a black teenager will be taking over the mantle. She is a science prodigy who went to MIT on a scholarship at the age of 15, reverse-engineered Iron man suit in her dorm room and came to the attention of Tony Stark through an AI. Two days later, Marvel revealed the identity of a new Infamous Iron Man and he is one of the most dangerous villains of Marvel comics – Doctor Doom. War Machine has just died, Starks Industries is bankrupt, Tony Stark’s personal life is imploding and it is inhuman on the loose. What could possibly happen that can top these set of events? Oh yes, a major character death in the Marvel comic-book universe.

The Ulysses had a vision that Hulk will destroy the Marvel universe in the future, but Tony Stark disagreed and said this might be potential future and we need to come together to prevent it from happening. This prompted Captain Marvel to go visit the Bruce Banner’s lab, but he ain’t the Hulk now, it’s a person named Amadeus Cho who absorbed Bruce’s gamma rays and became a green monster. This is the dilemma before them, which Hulk is envisioned to kill Marvel heroes – Bruce Banner or Amadeus Cho? So which character died, who killed him and why?

Before I answer that question, this is the Marvel quote which has been released “Only two things are certain, it would take a long time for our heroes to come to terms with his loss and the circumstances surrounding his death will leave a huge scar on the superhero community.” It’s none other than Bruce Banner who is about to hulk out, but just as he is about to transform Hawkeye’s arrows took him down. 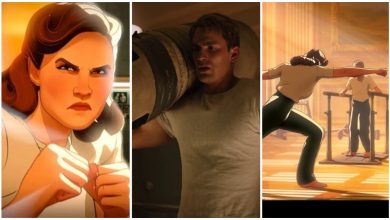