Captain Rip Hunter and his team – Ray Palmer, Sara Lance, Heat Wave and Cold Wave, Hawk Girl and Hawkman (deceased), Jesse Jackson and Prof. Stein (Firestorm) continues their quest to defeat Vandal Savage despite the loss of Carter. They reached the Vanishing point where they found the time masters, they presented the incriminating evidence against Savage that he tried to manipulate time which is a grave offence at the council. Instead, they let go Vandal Savage to travel to 2166, London and captured the whole team except Sara and Leonart Snart. 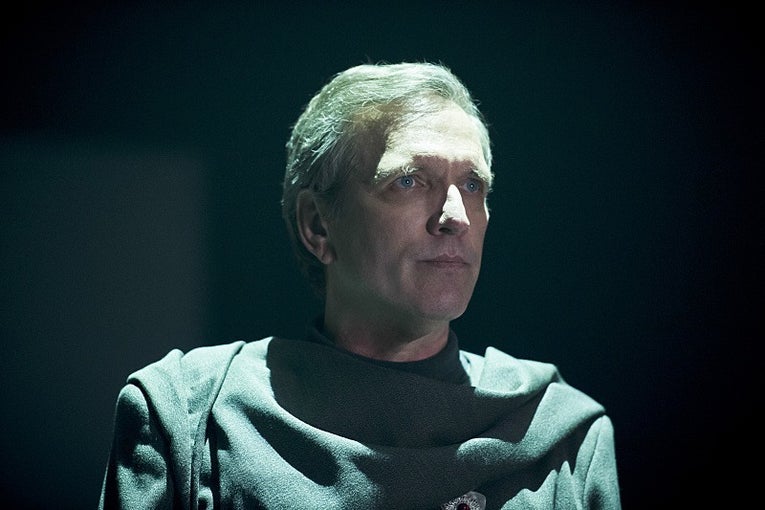 Earlier, the time council appointed Master Zaman Druce, Captain Rip Hunter’s former mentor and now the Time Master, played by Martin Donovan (of Ant-man fame); to mediate in the conflict between Captain Rip Hunter and the Council. He pointed out to Capt. Hunter the enormous damage he & his team has done to the timeline, and if he accepts the deal his team members will be sent back to their original timeline i.e January 2016 unharmed. He further said to Captain Hunter “A Team is a liability; it keeps you away from making tough choices”. He warned Hunter that his team-mates will be beyond saving if he doesn’t accept the deal. He was considered the most trusted guy by Rip Hunter, instead he betrayed him and attempted to capture him with the help of Cronos (the greatest assassin at the disposal of Time Masters), but he failed in his efforts.

Finally, he succeeded and told the dirty secret to Captain Hunter about his family’s murder, that it’s, in fact, Time Council who ordered Vandal Savage to kill his family to force him to go on this voyage and influence world events. He told him about Oculus, a massive computer charged by the supernova that provides not just a window into time, but also the ability to reshape it as deemed fit. After 10 years Savage conquers the world, an extra-terrestrial tribe from outer space invade earth and destroys the planet, the only way to prevent this catastrophe is if Vandal Savage unites the world and leads it with all the resources. Thus, the time council helped his rise to power by writing a predetermined script played by all the members of Team Hunter. The fact that Savage couldn’t get arrested for the sale of an illegal nuclear weapon in 1975, the Soviet Union losing the cold war in 1986, Carter’s death was all part of a grand scheme. But now that Oculus is destroyed, Savage is the most powerful man with enormous resources, did Master Druce commit a blunder? Can the world be saved?