Harvey Specter- The Man. Not many can stand up against Harvey Specter, let alone defeat him in a conversation. But, Michael J. Ross has been the man who has done this on numerous occasions. A genius, Mike Ross, has always held up his own against the all time dialogue great Harvey Specter. Over the years, Mike has grown both in person and character. Some fans might even say that he has more “character” and is even a better lawyer than Harvey. Here is hoping he comes out of jail and bails out Pearson Specter Litt out of their problem. Everyone keeps on talking about “Harvey Quotes” and Mike’s awesome dialogues go un-noticed. Here are some epic replies from Mike Ross to Harvey Specter: 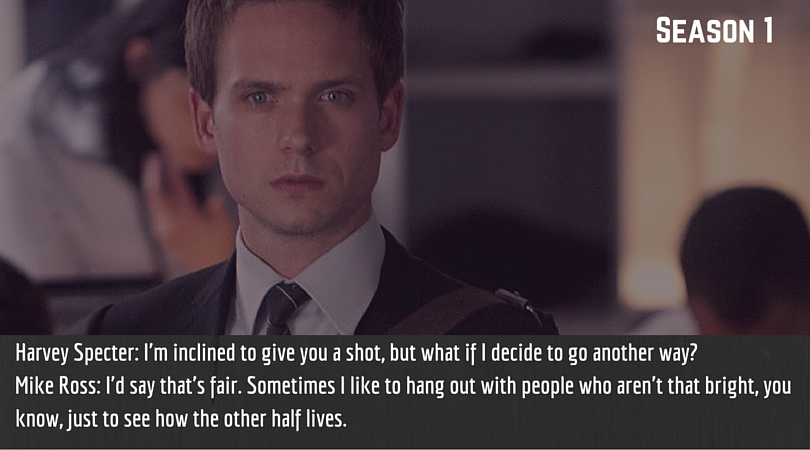 In the first episode only, Mike showed Harvey that he is his own man, and not the latter’s shadow. And how has he fared till now? We all know the answer to that. 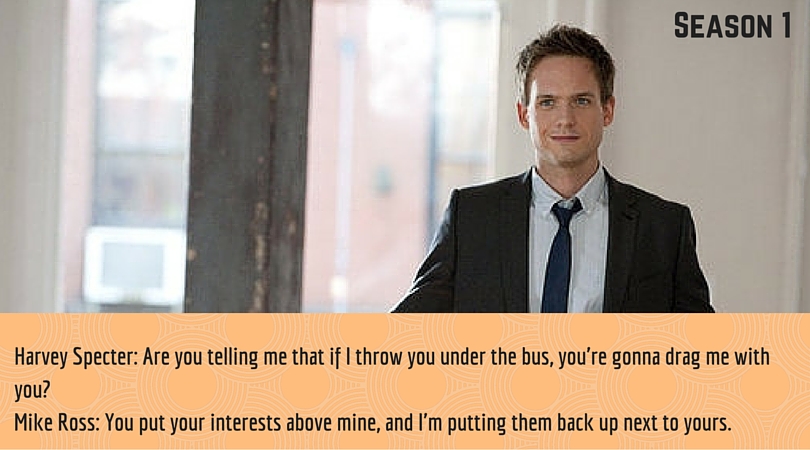 Only Harvey doesn’t know how to come out of no-win scenarios, Mikey does too… 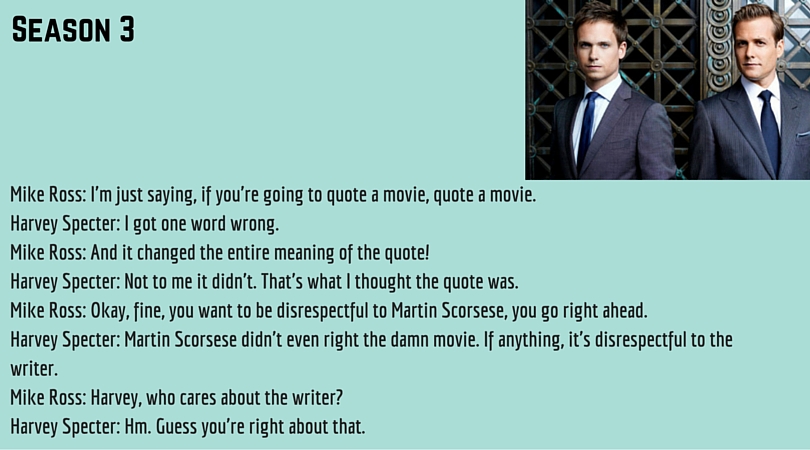 Mr Specter just agreed to that. He doesn’t do that often. 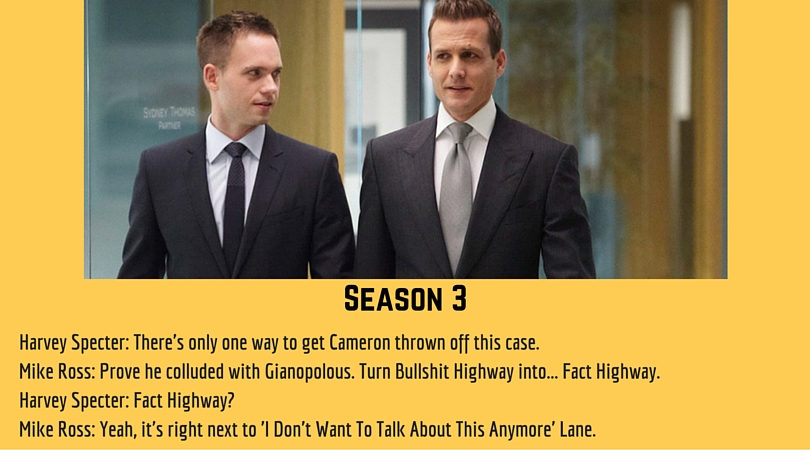 Metaphors and more metaphors and interestingly funny ones. And logical ones too. Mike and logic go hand in hand. 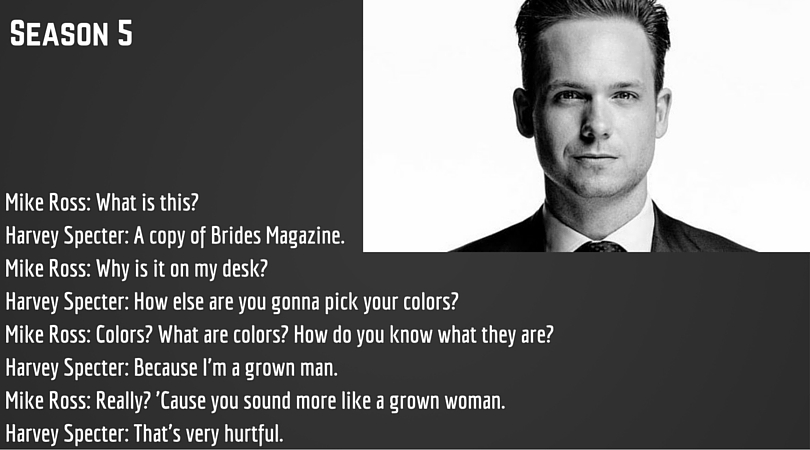 Hahahaha……Did you see that? That’s right. 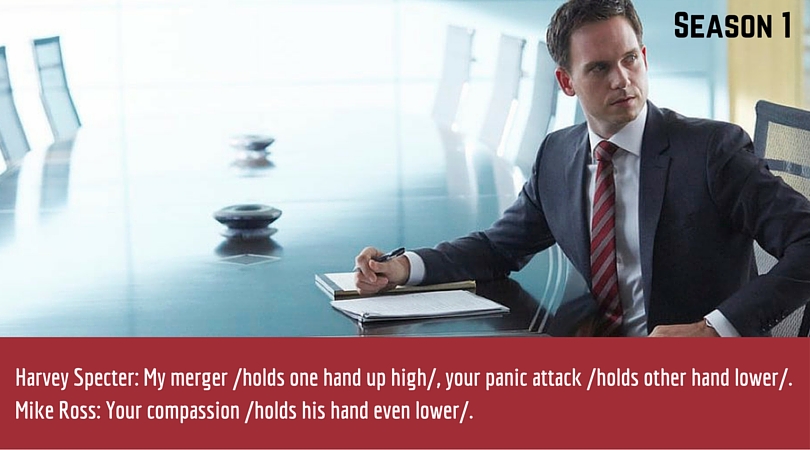 Mr. Specter you just got Ro-ss-ted! 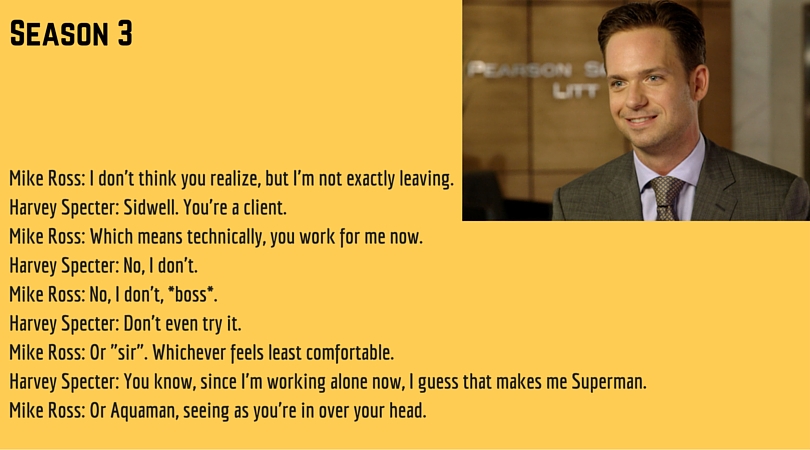 Should have seen that coming Harvey…Aquaman..He would definitely look funny in it.

But here is to Mike and Harvey for creating a great aura around the show. Suits is much more than Harvey, its about family, office, friendship and life. Mike Ross proves that again and again. Here is hoping for some really great future seasons of this awesome show.