In this world, there are two kinds of people. The first kind can call up a pizza delivery joint at ease, order their pie of goodness, and even ask the employee for suggestions. They can bargain with the skill of seasoned debaters with auto-wallas or shopkeepers. The other kind however, would prefer to shrivel up and curl within themselves at the very thought of interacting with a living, breathing human being, let alone prolonging the conversation beyond the utmost necessity. They are the silent watchers of human interaction, the social observers, the ones who are likely to peer at their phone to avoid the painful grinning and customary, excruciating small-talk with acquaintances. They prefer to steer clear of the messy entanglements of human problems and emotions  and can delightedly enumerate the perks of being a wallflower.

If you belong to Category 1, congratulations! You are smart, confident, don’t take anyone’s nonsense and are likely to breeze through your life and become President one day. If, however you see yourself in Category 2, you are welcome to join the ranks of The Socially Awkward (We have food and won’t force you to talk. You’ll love it here!).

Trying to talk in a group 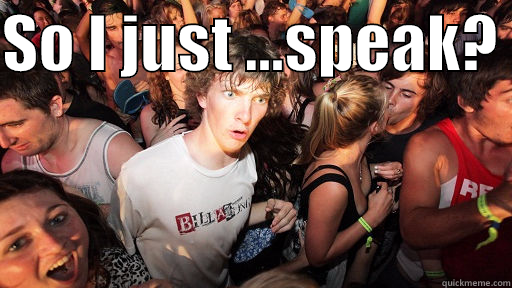 Large numbers of people fill you with a vague sense of dread and the desire to evaporate. Talking in a group is fraught with several logistical difficulties. You have to throw your voice to be heard, and at best, you can manage a mutter that’s a fraction more audible. Then, when Fate decrees that you tell a story to your whole group, you start off, confidently enough, trying to ignore the sound of your own voice. Midway through the story, you lose steam because you realize that your story is not actually as interesting as you thought it was. But now you are compelled to continue because everybody expects the story to be interesting and then you sort of fizzle and sputter and end with a few quiet ‘so yeah’s and hang your head and fall crashing to the ground with the lack of grace of a wing-less pigeon and decide that a life of permanent silence definitely sounds plausible. 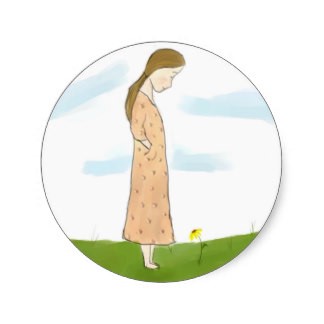 You are confident. You are sunshine You are the dancing queen, young and sweet, only seventeen. Oh yeah? Oh no. You wear a bright yellow outfit, because it fits your mood and you’re your own boss and it makes your skin look creamy. You are an individual with a definite opinion. You leave the house and immediately want the earth to open up whole and swallow you, Sita-style, because what even possessed you to leave the house looking like a traffic signal and why is everybody looking at you? You immediately decide to retreat back into the world of muted greys and blues and blacks and vow never, ever to get swayed again by the salesman who tells you, “madam you are shining like sun in that dress.” 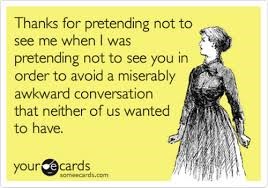 “Here you go, enjoy your meal,” says the waiter.

“Thank you. You too,” you respond. Then you wish the meal is poisoned and you die.

Something in your brain just doesn’t work, especially during commonplace interactions. It’s like the nerves between your brain an your mouth decided to pack up their bags and go off to Goa for a holiday. 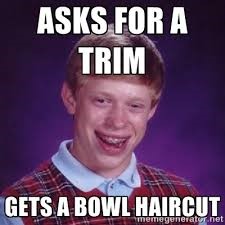 The time has come, the walrus said, to talk of many things. The walrus clearly didn’t know you. Being assertive is a vague concept that eludes you. You decide the exact hairstyle that you want and have a clear idea of how exactly you want each bang and layer to fall into place. You saunter into the barber’s, imagining how each face-framing tendril will sway in the wind. You sit down on the swivel chair and the barber looks at you expectantly. A curtain of blankness descends upon your mind and you open your moth and words don’t come out. You shrug and grimace. After the barber is done, you decide that not stepping out of your house for the rest of the year isn’t a half bad idea.