It is a known fact that the Celestials were the ones responsible to create the Eternals & Deviants. Since Marvel’s The Eternals is supposed to tell us the history of the MCU, it is obvious that we’re going to see how The Eternals and the Deviants were actually created. But in this history lesson, we’re probably going to see the return of the Infinity Stones as well because they have been an important part of the Infinity Saga, and we’ve had 2 major evidences of the Celestials being involved with the Infinity Stones.

While Taneleer Tivan told us about the Infinity Stones in Guardians of the Galaxy, in his slideshow was Eson the Searcher, one among the Celestials. We saw him using the Power Stone to wipe out an entire civilization. It wasn’t just the power stone that had a relation to the Celestials, but also the Soul Stone. In Avengers: Endgame, Nebula revealed that Vormir was the “Dominion of Death, the very center of Celestial existence.” So clearly, not one, but perhaps every Celestial resided at Vormir at one point of time. Maybe one of the Celestials might have left the Soul Stone there, or maybe not. But it is safe to believe that the Celestials had access to the soul stone, and possibly, the others as well.

The Celestials were already way too powerful without the Infinity Stones. The stones would’ve increased their powers beyond limits. The Avengers might not be able to defeat one of them without any Infinity Stones, let alone all of them combined having all 6 stones in their possession. That’s where the Eternals come into the picture. A known fact about the Celestials is that they pass their judgment upon entire worlds and civilizations, annihilating the ones they deem unworthy.

The Eternals are supposed to be the protectors of Earth and mankind. Even though they didn’t interfere in humanly affairs, they still stood up for the human race. So, Screen Rant suggests a theory that The Eternals fought their own creators to protect humans. Years after creating The Eternals and letting them expand on Earth (and on Titan & Uranus), the Celestials may have come to Earth to pass their judgment. And their vote for humanity might not have been favorable ones, which is why The Eternals might have possibly turned on them.

The MCU has been really tight-lipped about what really happened to the Celestials. The vague assumption has been that they were all wiped out of existence and Ego was the last among them who survived. So, Screen Rant’s theory suggests that it was the Eternals who were responsible for the Celestials being wiped out. Because of their monstrous omnipotent powers, even the Eternals wouldn’t have been able to defeat the Celestials without a power upgrade. And that power upgrade came with the Infinity Stones when the Eternals stole them from the celestials and wiped them out of existence, saving all the civilizations that would’ve been destroyed at their hands. After wiping them all, the Eternals were the ones who probably hid all the Infinity Stones throughout the galaxy.

This is a cool theory, as it answers what happened to the Celestials, and how the Infinity Stones were all scattered. But it still doesn’t answer one major question, i.e. how exactly will the Celestials make their return to the MCU in the upcoming film? Well, we have a simple theory of our own that could tie Screen Rant’s theory to Avengers: Endgame.

Since it is being believed that the Infinity Stones were used to wipe the Celestials out of existence, maybe all of them were brought back in Endgame. In Infinity War, Thanos probably wiped out half of all living creatures in the same way by which the Celestials were all wiped out (with a snap). And, it was Hulk’s job to bring back everyone who lost their lives with the snap. He couldn’t have known that a snap also took place 1000s of years ago. All he must have known was to bring everyone back who was wiped out of existence. 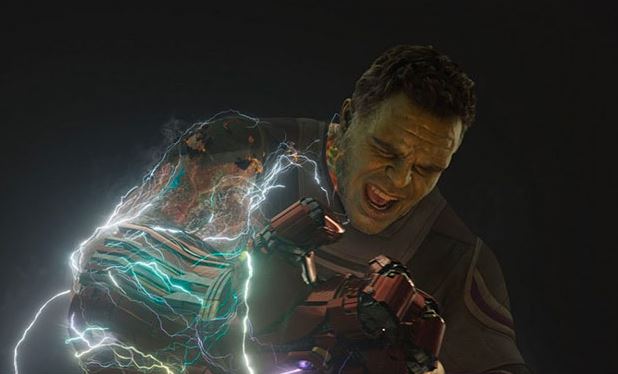 That’d explain the sudden reemergence of the Celestials in The Eternals. In pursuit of fixing everything, Smart Hulk may have doomed the people of Earth. Now, the Celestials would return to Earth in order to do what they couldn’t do 1000s of years ago. And once again, it will be upon the Eternals to stop them and act as the saviors of Earth. But the problem is that they won’t have the Infinity Stones. So, they’d have to punch above their weight. We’ve seen set photos & videos suggesting that Celestials will return. Even the Funko Pop merchandise leak has suggested that Arishem the Jugde, one of the Celestials’ leaders will be in the film. So perhaps they’d be the main villains who’d return to pass their judgment upon Earth once again. Our theory combined with Screen Rant’s feels quite fitting as it ties the Infinity Saga to the ancient past of the MCU. Let’s see if it ends up coming true.

“Marvel Studios’ “The Eternals” features an exciting new team of Super Heroes in the Marvel Cinematic Universe, ancient aliens who have been living on Earth in secret for thousands of years. Following the events of “Avengers: Endgame”, an unexpected tragedy forces them out of the shadows to reunite against mankind’s most ancient enemy, The Deviants. The outstanding ensemble cast includes Richard Madden as the all-powerful Ikaris, Gemma Chan as humankind-loving Sersi, Kumail Nanjiani as cosmic-powered Kingo, Lauren Ridloff as the super-fast Makkari, Brian Tyree Henry as the intelligent inventor Phastos, Salma Hayek as the wise and spiritual leader Ajak, Lia McHugh as the eternally young, old-soul Sprite, Don Lee as the powerful Gilgamesh, Barry Keoghan as aloof loner Druig, and Angelina Jolie as the fierce warrior Then. Kit Harington was cast as Dane Whitman. Directed by Chloé Zhao, who helmed the critically acclaimed Sundance film”The Rider,” and produced by Kevin Feige, “The Eternals” opens in U.S. theaters on February 12, 2021.” 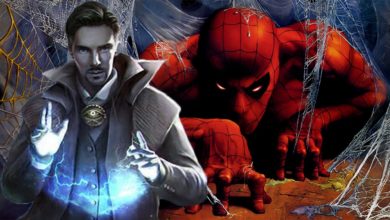 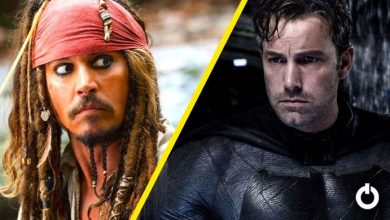