Vision is one of the most underused characters in the MCU. Even after having so much power and so much potential, it is sad that Marvel just couldn’t use him as well as they managed to use Captain Marvel in Avengers: Endgame. A hero having omnipotent power usually takes the stakes out of a story. That’s why, it has been really hard for WB to tell an amazing Superman story on the big screen. That is why Captain Marvel’s final battle will not be considered iconic in the future. And that’s why Marvel has had to find ways to keep Vision out of most of their battles after Avengers: Age of Ultron. 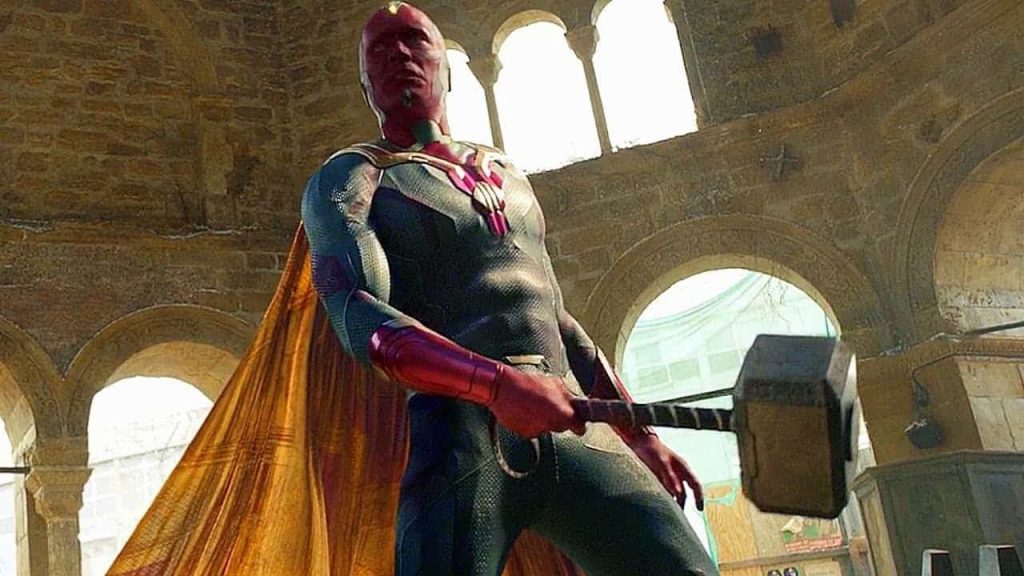 Vision was born in the beginning of the third act of Age of Ultron. And then he showed up during the final battle. He fought valiantly, shutting Ultron out of the internet, leaving Ultron bots as scraps, and killing Ultron for good. In his little screen time, he established almost all of his great abilities. First, he showed how his android body could connect to the cyber networks having JARVIS’ operating system within him. Then he established his superhuman strength being made up of Vibranium. He showed his flight and intangibility powers while fighting Ultron bots that were trying to flee. And then, he shot an energy beam right out of the Infinity Stone in his head. And obviously, he showed us that he could even wield Mjolnir. He was used perfectly here. But everything went downhill after that. 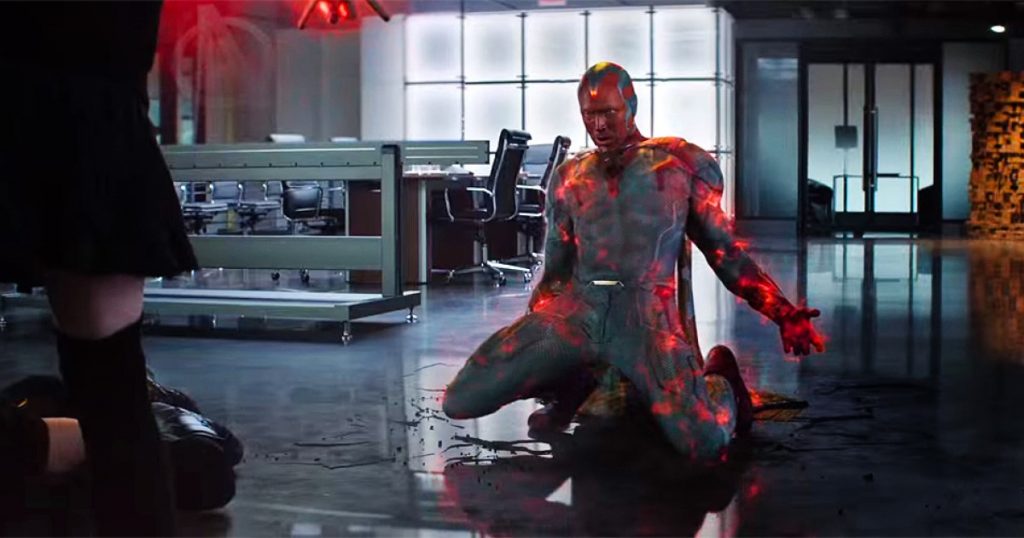 The next two films weren’t good for Vision his immense powers became a liability for the kind of stories that the Russo Brothers wanted to tell. In Civil War, he is way too powerful as compared to all other characters in the movie. He is so powerful that he could incapacitate every in that film, even Wanda. Sure, Wanda did manage to have control over her due to her connection with the Mind Stone. But her weakness is her durability. Vision could have exploited that weakness anytime. So, how do you handle a character with such immense power? You handle him by not handling him.

In the first fight of Civil War, Vision was not present because he could have taken down the entire team of Crossbones & retrieved the Bio-weapon without breaking a sweat (because he can’t sweat). So, we had to pretend that he was on some other mission or was probably doing something else at Avengers HQ. Then in the main Civil War battle, he merely had 4-5 scenes. First, he stops team Cap. Then he flies into battle and mostly holds back. He prevents Black Panther from getting hit by a bus, cannon balls into Giant-Man, phases through him, shoots down a tower, tends to Wanda & accidentally shoots Rhodey out of the sky.

What I mean by this description is that the Russos tied Vision’s hands. He couldn’t harm anyone fatally. And because he is so powerful, he was mostly kept behind the scenes so that the creatives don’t have to deal with his powers a whole lot. This is the same dilemma they faced with Captain Marvel in Avengers: Endgame as they had to keep her out of the whole movie. But they still handled her well because when she showed up, she totally changed the game. Maybe if someone like Thor, Captain Marvel or the Hulk was on Cap’s team in the Civil War, then Vision could’ve been used better. But if that were the case, then the Russos would’ve had an even bigger headache trying to adjust that particular character in the story. 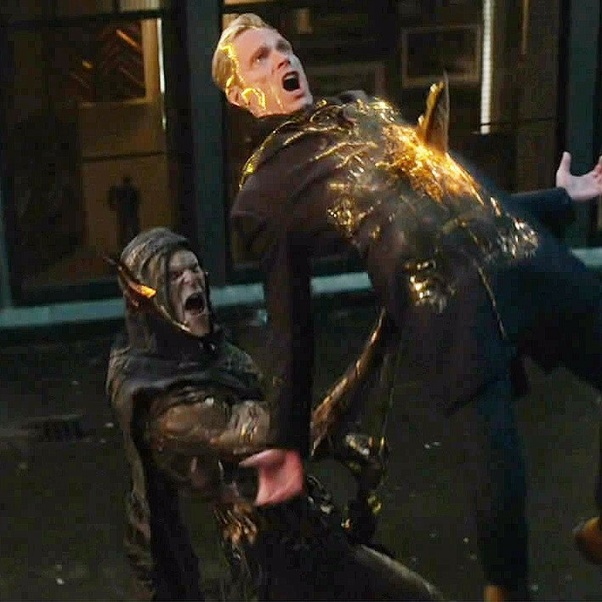 What happens next? Vision becomes the victim of storytelling once again. Vision in his full might could have come in real handy. But the Russos incapacitated him right from the very beginning by giving the Black Order a weapon that could actually pierce his Vibranium body. Corvus Glaive stabs Vision, and he becomes a week ling right from the beginning. He couldn’t fight at full strength in the movie. The likes of Captain America, Sam & Black Widow feel stronger than him. Then during the Wakandan war. What was Vision doing? He was lying in the Wakandan lab. Yes, he does get to kill off Corvus Glaive. But we never get to see the full might of Vision after Age of Ultron. He is left lying as a dead corpse as Thanos takes the McGuffin away from his head.

Maybe if we would’ve got one more show of true strength from Vision between Age of Ultron and Infinity War, things might have felt better, & more justified with Vision. But since the creatives had to compelling stories, they had to power down Vision, or keep him out for good. Even after Infinity War, Endgame’s story was written in such a way that Vision couldn’t return. Everyone fought in the final battle, but Vision couldn’t. Shuri teased in Infinity War that she could keep Vision alive even without the Mind Stone. But because the Russos & the writers didn’t want to have another Captain Marvel type headache, the wiped Shuri out of existence as well. 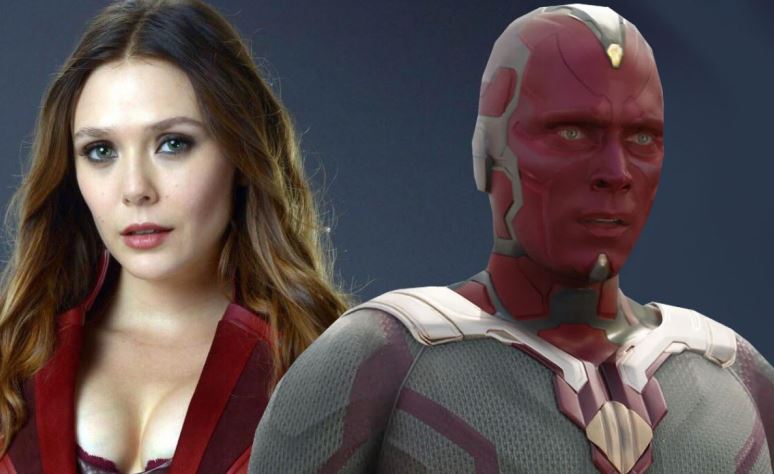 It is not that the writers & directors are the villains here. No, they did as well as they could. But, because of the stories they wanted to tell, Vision became the only one who was never used in the best possible way. Even now, when Vision is supposed to return in WandaVision, all the talks are about what Wanda is going to do. We really do hope that Vision gets more focus this time around. Because, there is a chance that this is the last time we are going to see him in the MCU. We don’t want a weak Vision this time. We want him to unleash his true might. Don’t you? 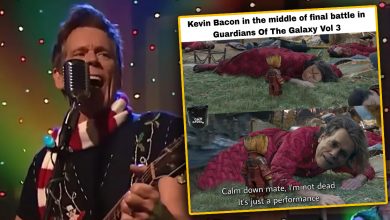 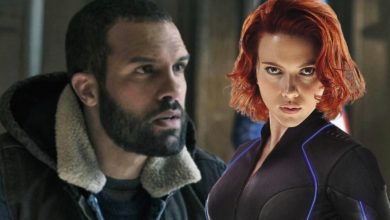