The world of Avatar has always been about elemental bending. But the series is also known to dabble in revealing some really cool weaponry. Some are primitive. Some are really advanced and way ahead of their time. But one way or another, they are very good at what they do and they were designed to kill and maim. It is time we take a look at the various weapons of death within the Avatar Universe. We have compiled a list of the most advanced weapon from both Avatar: The Last Airbender and Avatar: The Legend of Korra series.

At first glance, it does not look as deadly. And that is the weapon’s greatest strength. The enemy always underestimates how lethal a slash from this weapon could be. The Whale’s Tooth Scimitar is made out of the teeth of a Whale. It is very sturdy and is effective in close range combat. Water Tribe Warriors from the Northern and Southern Region have used this weapon against the Fire Nation during the Hundred Year War. The Water Tribe Warrior Hakoda is the most proficient user of this weapon. During the Invasion of the Fire Nation arc, Hakoda used a Whale’s Tooth Scimitar to push back and defeat scores of Fire Nation soldiers singlehandedly. 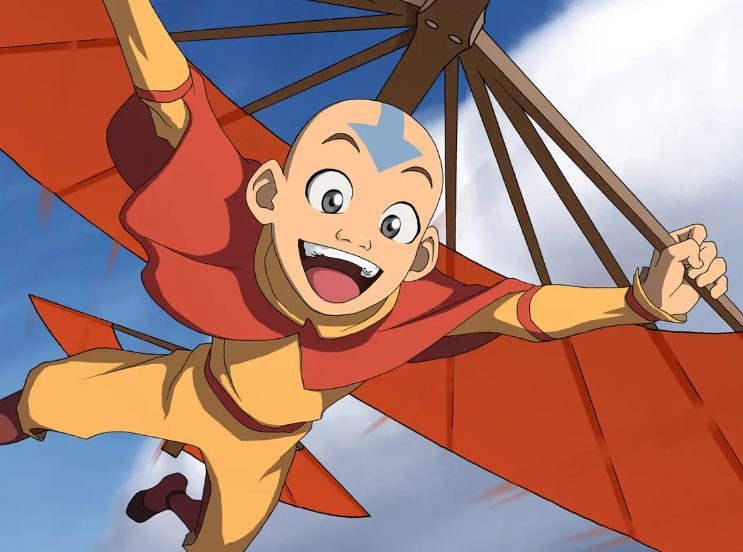 The most unique equipment seen in the Avatar series will always be Aang’s Air Glider. The Glider uses air bending to bend the wind around its wings, allowing an air bender to soar to new heights. The Air Bending Nomads are pacifists and do not believe in violence. So they do not have many weapons to fight back. Most of their weapons are aimed at evading and avoiding a fight. The Air Nomad Glider allows Aang to run away and escape any enemy just by flying high. Apart from the Wind Sphere, the air nomad glider is the signature weapon of Aang throughout The Last Air Bender series. 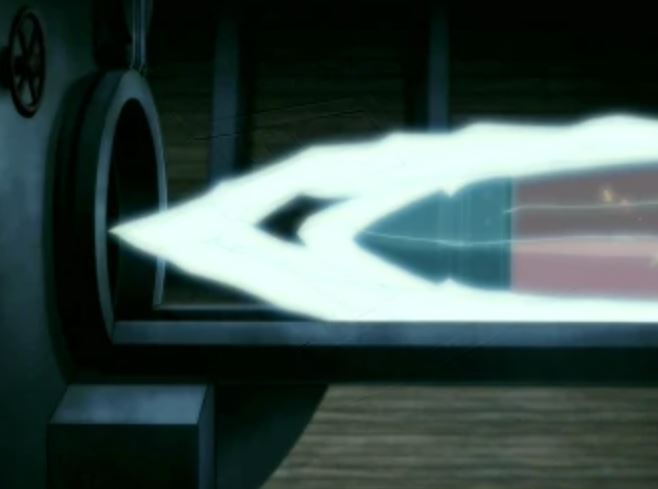 Blasting Jelly is the primary explosive of choice for the Earth Kingdom warriors. What does it do you ask? Well, its name is Blasting Jelly. So it doesn’t take a genius to guess what it does. The Mechanist, a famous engineer and inventor from the Earth Kingdom once found out a way to convert Blasting Jelly into a weapon of ultimate destruction. By using Blasting Jelly within a streamlined container that is attached to a fuse and then freezing the entire system with ice via water bending, the mechanist came up with a weapon called an Ice Torpedo or a Blasting Jelly Torpedo. They were what brought down the Royal Plaza during the Invasion of the Fire Nation arc. 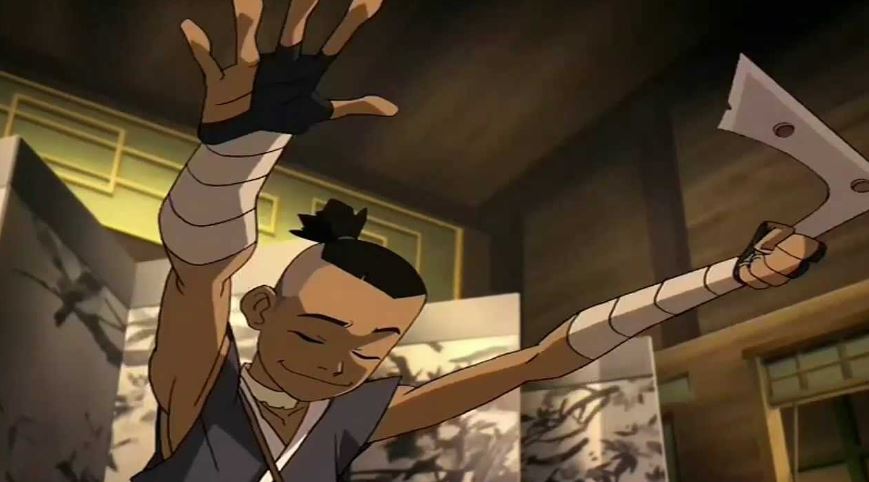 We are talking about weapons here. You seriously thought we would not mention Sokka’s Boomerang? It’s like making a list about the greatest MCU weapons and not mentioning Captain America’s shield. The L shaped Boomerang functions a lot like Cap’s shield. Once thrown, it defies the laws of physics, hitting multiple opponents with pinpoint accuracy and always returning back to the thrower. Sokka considers his boomerang to be his most reassured possession and claims that the boomerang is essentially an extension of himself as well as a part of his identity. 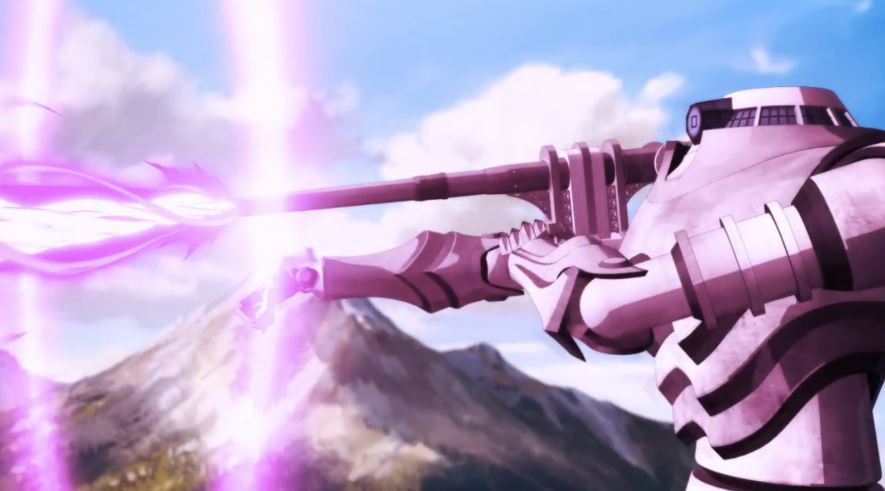 The Spirit Energy Cannon was a massive weapon that fired an energy beam powered by harvested spirit vines. It was developed by Varrick, whose original intention was to use the technology to revolutionize the world’s energy issues. The Earth Kingdom then used the technology to create a weapon for combat purposes much to Varrick’s opposition. The Spirit Energy Cannon was placed on the right arm of the massive mecha suit which was also developed by Varrick from the designs of Hiroshi Sato and his Mecha Tank. The Spirit Energy Cannon was powerful enough to drill a hole within a hill and destroy a city with a few strikes. It was the Avatar Universe’s answer to real-world weapons of mass destruction. The only issue it had was that the immense amount of power could lead it to either explode or be wildly inaccurate since the power is virtually uncontrollable. 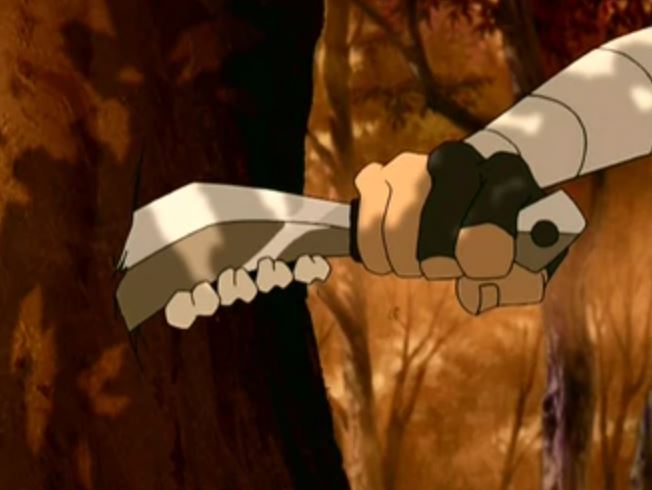 The Jaw Blade is an invention of the Water Tribe. First shown being used by Sokka the Jaw Blade acts both as a weapon and as a sensor. The Jaw Blade is made out of the jaw bone of carnivorous animals. The Water Tribe made a Jaw Blade out of the jaw bone of the mighty Arctic Wolf. The Arctic Wolf can detect its prey based on the vibrations its prey gives out into the environment. They use their jaw bone, which is pressed to the ground to detect those vibrations. When it is made into a weapon the Jaw Blade acts as a potent hunting tool! Its primary application is detecting and amplifying vibrations. It is useful when fighting an enemy in the dark or to identify intruders. The Jaw Blade varies in shape from user to user. 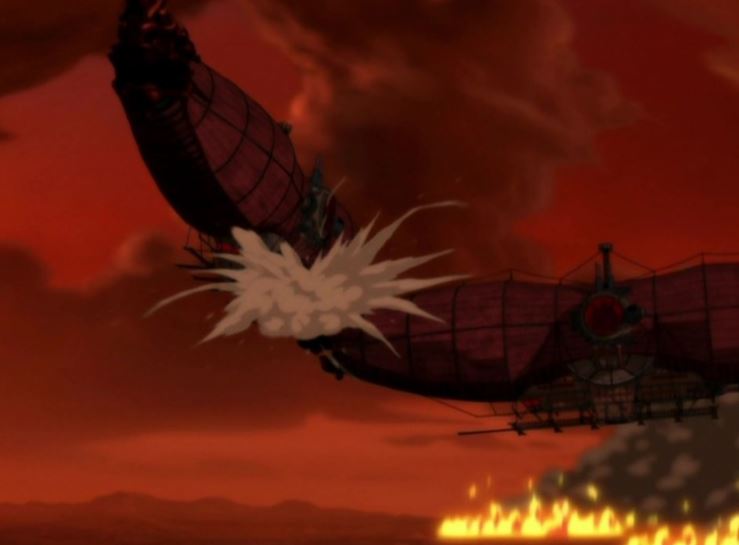 The Air Benders were the ones that unlocked the secret to flight. But it was the Fire Nation that actually turned the technology into something suitable for warfare. The technology fell into the hands of War Minister Qin during the invasion of the Northern Air Temple. The Engineers of Ozai then reverse-engineered the tech and developed the Airships. Huge mechanical beasts of battle, the Fire Nation Airships were made out of metal and could house up to fifty crew members. It had a massive bomb bay that could drop bombs from huge heights on the enemy locations. Fire Benders attached to harnesses were used as anti-air defenses. The Fire Nation Airships were formidable enough to turn the tide of battle during the Invasion of the Fire Nation arc. 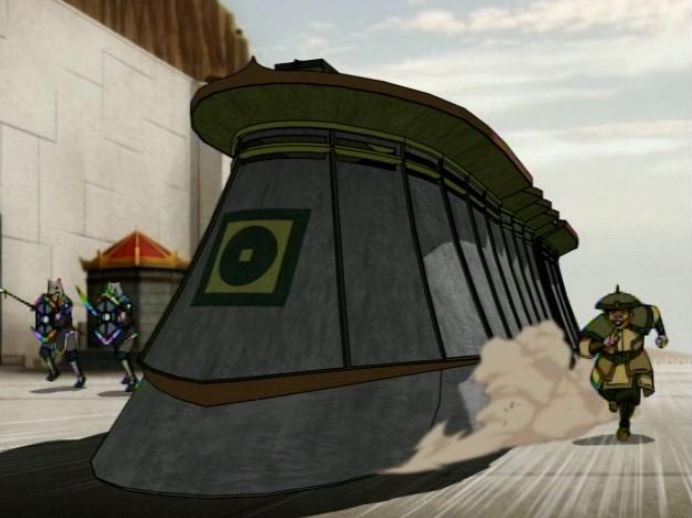 The Earth Bending Powered Tanks were proposed by Sokka, who was the one that came up with the concept. He conveyed his ideas to the Mechanist, an expert inventor, who then started working on the design and manufacturing of the tanks right away. The Earth Bending Powered Tanks were multi-segmented. They were more like a train. The tracks were made out of Earth that was sown together. The armor plates were extremely thoughtful and durable enough to survive explosions from Fire Nation Airship Bombs dropped on them. By raising its front section, the tank could run over and utterly crush the Fire Nation Tanks. It can also act as barricades to shield infantry soldiers from enemy attack. 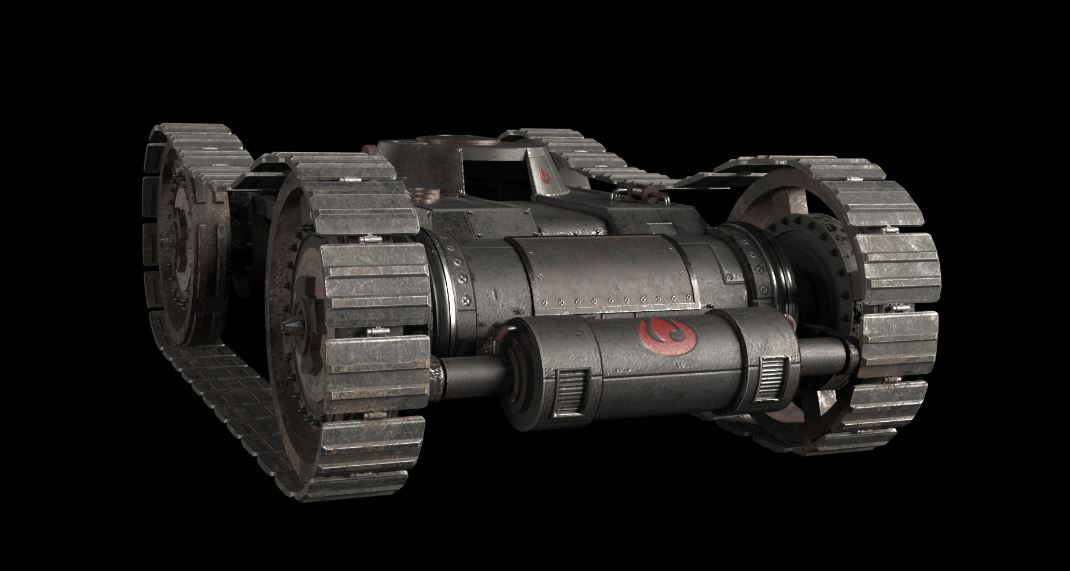 The Tundra Tanks were designed by the Fire Nation to be an all-terrain warfighting vehicle that can act as troop transport as well as a form of mechanized warfare. The Tank has two forms of wheels that can be attached – spiked or all-terrain caterpillar tracks depending on where the tank is about to be assigned – icy terrain or desert and grasslands. The Tundra Tanks have a very sturdy and powerful steam engine for locomotion. It is heavily armored and is extremely modular. The Tank has a unique rotating cabin function. If the tank is flipped, the crew can just rotate the cabin without the need for re-flipping the tank itself. Fire Bending Crew within the Tank act as its sole source of firepower, blasting enemies with fire waves! 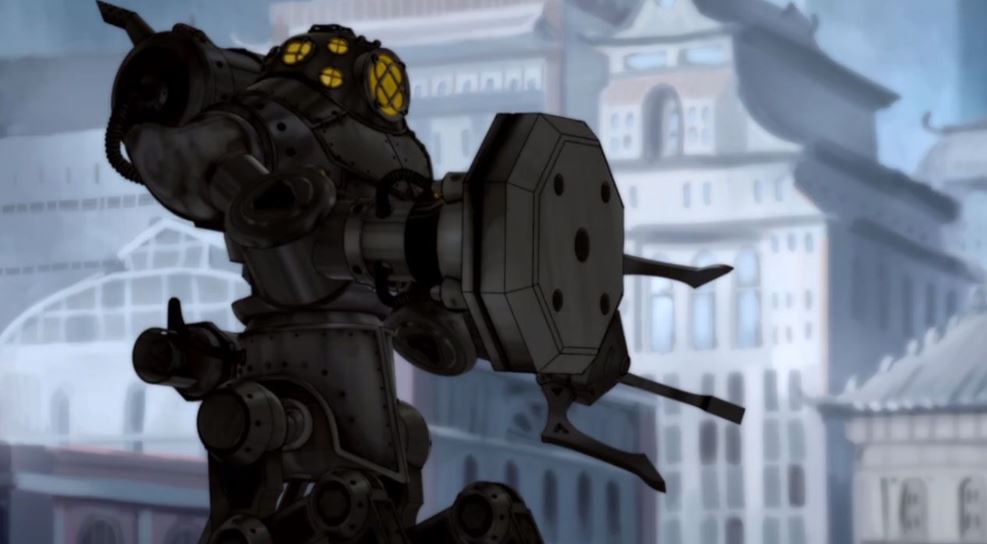 Hiroshi Sato, the founder of the Future Industries and a benefactor for the Equalists, created the Mecha Tanks. The armor was made completely out of Platinum. Since Platinum does not have earthly impurities, metal bending is virtually useless against it. The armor was also sturdy enough to withstand rampant attacks from fire benders. The main offensive attack that the tank could use is electrocution. The claw-like hands could easily rip through metal as well as electrocute an opponent. Huge spiraling metal disks could be launched from the tank. The disks would wrap themselves around an opponent and the electricity would paralyze them. The Mecha Tanks had a tricycle wheel formation for increased mobility. 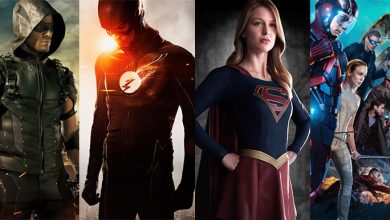 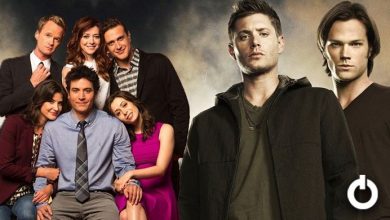 10 Times Your Favorite Series Were Spoiled By TV Seasons