Black Widow may be the first MCU project coming out this year, but Eternals is definitely the most exciting one out of the bunch. There’s a lot that we don’t know about the movie. Apparently, the film will take place in the present but it will also dive deep into the past events of the MCU. Now, this past won’t be as recent as Captain Marvel or Captain America: The First Avenger, but it will go 1000s of years back. As compared to the other new properties that Marvel brings out, Eternals is rather unknown, and we’ve really had very few Easter Eggs relating to them. One such Easter Egg has now been spotted in Thor: Ragnarok. 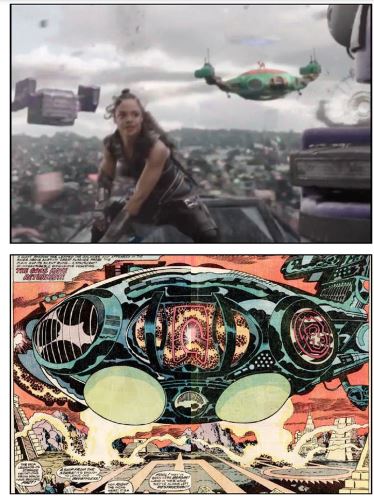 This Easter Egg comes in a blink and you’ll miss a moment during the fight that happens after Thor & Hulk’s escape. As you can see above, a very particularly designed green-and-pink ship appears during the battle on Sakaar. Apparently, this ship is stripped directly from the Eternals comics. The Eternals movie will not just take place on Earth as we might get to follow different Eternal characters throughout the cosmos. So, it’d be quite interesting if the Eternals movie somehow takes us to Sakaar.

The biggest Eternal that we’ve known till now is none other than Thanos. He is a hybrid of Eternals & the Deviants. He looks big and purple because of the Deviant gene in him. We aren’t really sure about whether Thanos will appear in Eternals in a past sequence, but when Kevin Feige was asked about it, he didn’t deny it. Here’s what he said at CCXP:

“Thanos in the comics was an Eternal on Titan, so there may be connections. But really this is about introducing those ten new characters that are played by an incredibly eclectic amazing group of actors that we’re focusing on.”

Kevin Feige’s comments on the Eternals made it seem as if the story will take place in the present days, and it will also give us flashbacks of what used to be in the past. He said:

So far, we’ve seen most Easter Eggs related to the Celestials, and they are going to play a huge role in the upcoming movie. The Celestials are the creators of Eternals & Deviants. So it’d be interesting to see their role manifest in the movie. At CCXP, Marvel debuted the first-ever footage of Eternals, and it more or less confirmed that Druig will be amongst the villains, as he’d lead the Deviants. Here’s the description of the footage revealed by Marvel Studios:

We should expect a trailer for the Eternals in the next 2-3 months. It will arrive on November 6, 2020. 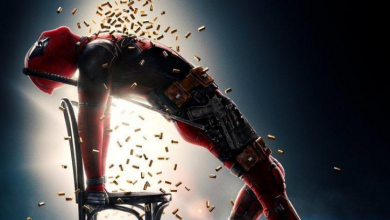