If you are a fan of dark-toned action-based fantasy storylines, we know you liked the Witcher. Based on the best-selling video games series which is in turn based on a book series of the same name written by Andrzej Sapkowski, The Witcher tells the story of a mutated monster hunter called Geralt of Rivia and his journey to fulfill his own destiny. The fans fell in love with The Witcher because of its riveting storyline, amazing ensemble cast, and powerful dialogues and CGI. Netflix really did a splendid job with the TRV Series. But now, they are focusing all their energies to make a movie out of the fictional universe.

Netflix had recently made the announcement that took the fan circles of The Witcher by storm. The online streaming platform will be making yet another Netflix original based on the video game series. The title of the new movie will be The Witcher: Nightmare of the Wolf. It will be an animated production and will probably feature the original cast from the TV Series lending their voices for their respective counterparts in the movie. 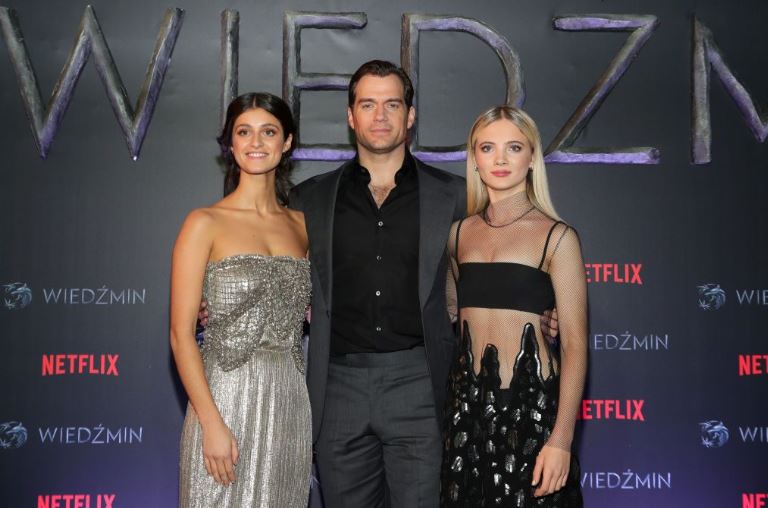 The Witcher has already made more than 76 million fans with just one season. Netflix has declared that The Witcher is their greatest hit ever after it did the impossible in just a span of four weeks.

The second season of the series will still take a long time to grace us with its presence. Recent podcasts have revealed the behind the scenes activities that took place during the Season 1 production. The soundtrack for the Witcher will also be released within a few days for the fans to flock all over it. The announcement for a new Witcher anime movie is just the icing on the cake. 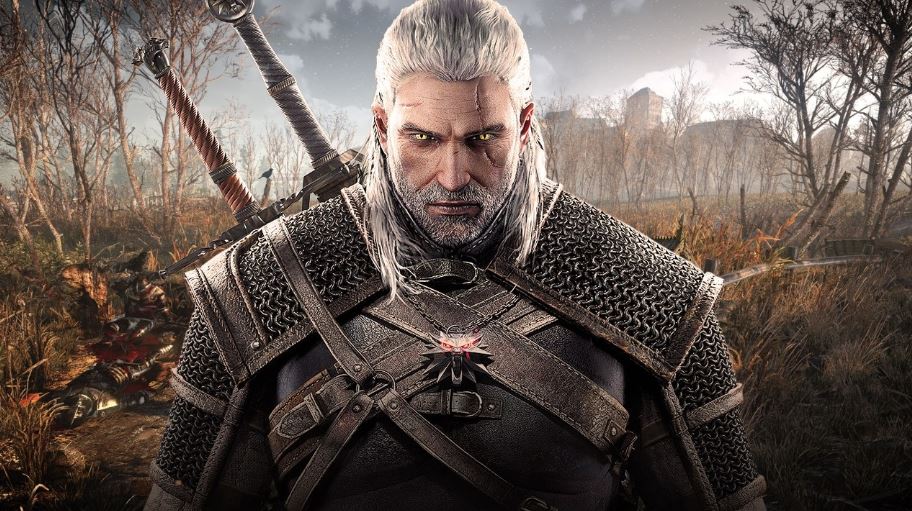 It was only yesterday that Netflix confirmed the news. Netflix has announced that Lauren Hissrich, the executive producer of The Witcher Netflix TV Series, is coming back to reprise her role behind the cameras again for the anime movie. Beau DeMayo was the one who wrote the storyline for the third episode of The Witcher – Betrayer Moon, one of the highest-rated episodes in The Witcher TV series. Netflix claims that the Witcher anime movie will be produced by the same studio that gave the world Avatar: The Legend of Korra. So it looks like the movie will be in safe hands for now.

This is the official tweet confirming Netflix’s ambitions for a Witcher anime movie: 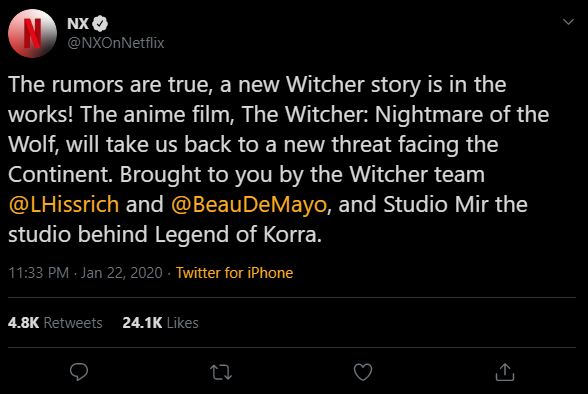 The anime movie is still being held too close to the chest by Netflix so data regarding it is scarce. While it is a huge possibility that the core cast including Cavill might return, nothing can actually be guaranteed. The tweet reveals that there will be a new enemy this time, someone who maybe even more powerful threat to the Known World. Maybe the movie will make a different Witcher the protagonist. Since there are a lot of Witchers, maybe the movie will use another character from the novels as the lead this time. The release date for the movie is not officially announced yet but it will definitely come before the 2021 release date of the second season of The Witcher. 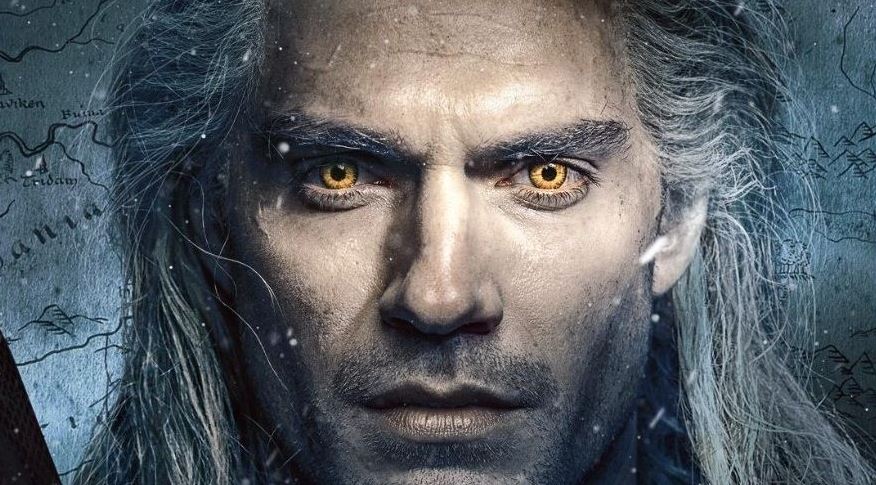 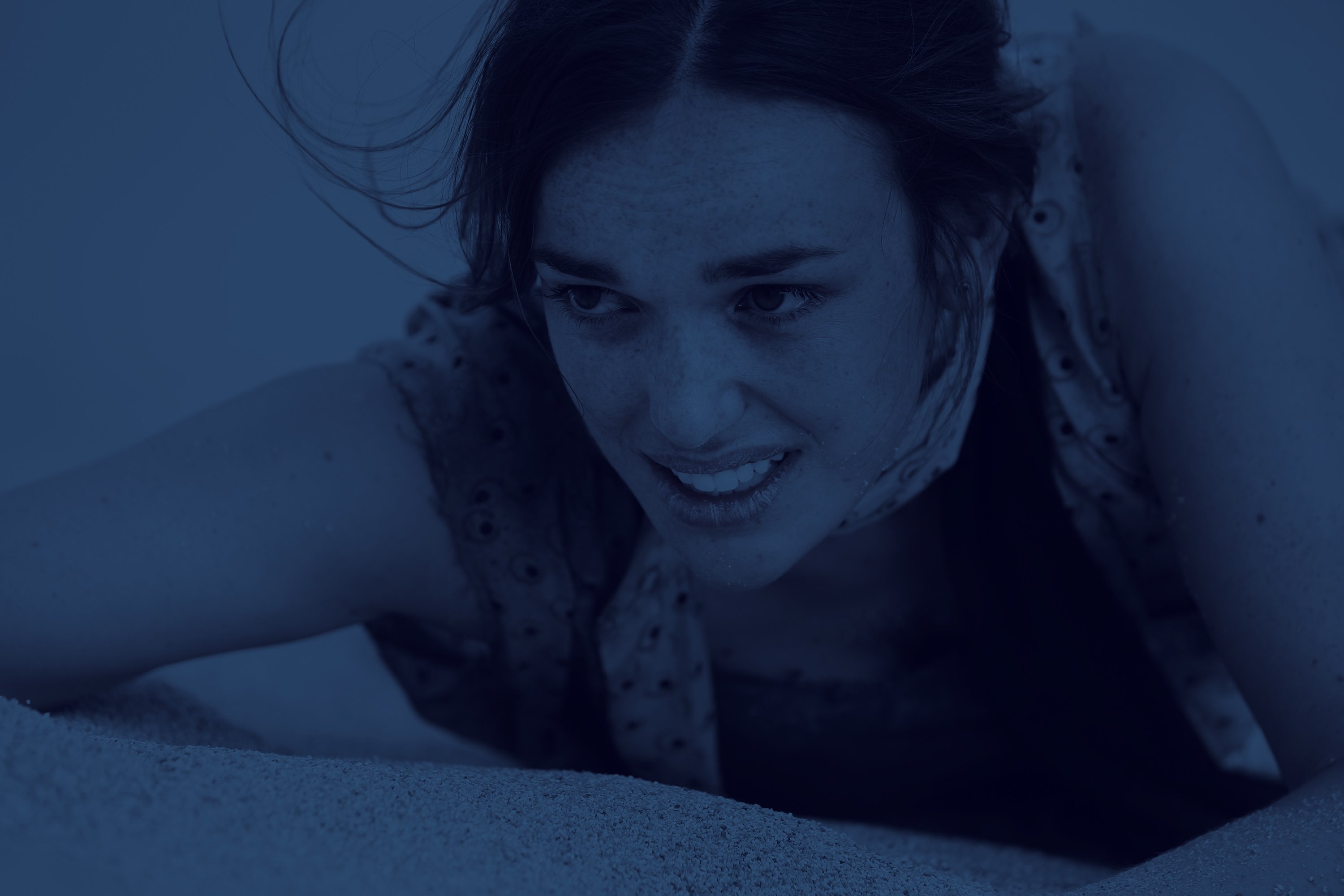 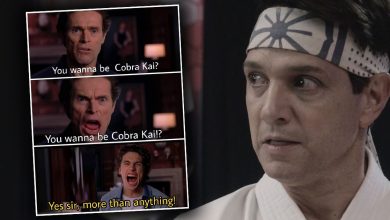 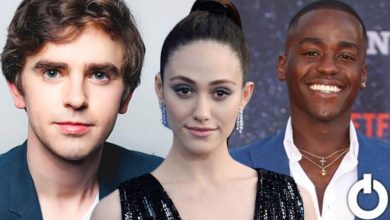 10 Actors Who Deserved an Emmy For Their Performance