The Punisher is not a regular run-of-the-mill superhero. He does not even consider himself a good guy. The Punisher sees himself as the society’s answer to all the crime and evil that has been infesting its roots. The Punisher sees himself as the cure, albeit that comes with its own version of side-effects. His methods are considered to be extremely brutal and violent by other heroes. All his life he has known only pain and agony, his two greatest allies in his war against evil. He is a one-man army, a lean mean fighting machine. Jon Bernthal’s portrayal of the Punisher in the Netflix series is perhaps the closest to what we got in the comic books. But with Netflix canceling all Marvel shows, the road that Frank Castle walks on has come to an abrupt dead end. In the comic books, there have been several instances where the Punisher was shown to have gone way overboard to get the job done. But with his Netflix journey coming to a screeching halt, it looks like those comic book moments will remain in the comic books. Presenting – 10 Bloody Punisher moments we will never get to see on Netflix!

10. Throwing a limbless woman into a fire 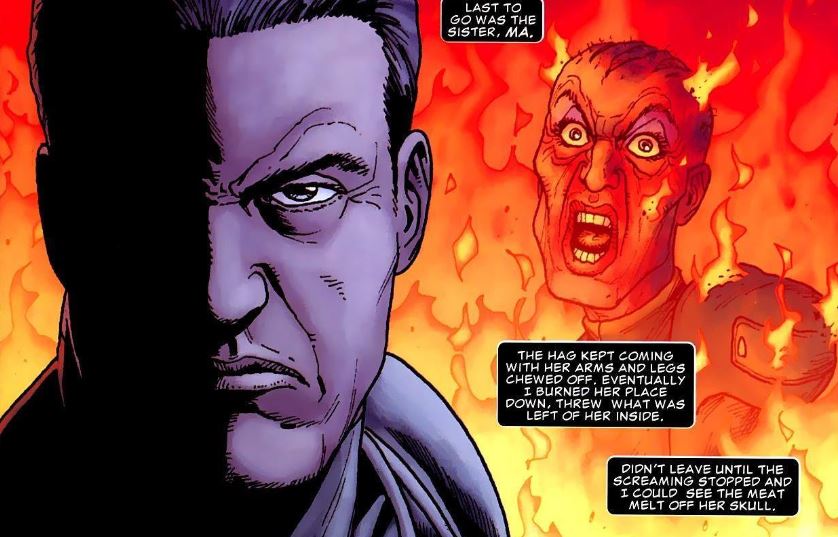 Ma Gnucci was one of the Punisher’s greatest foes. She was smart, cunning and conniving. Her street smart skills helped her stay ahead of Frank Castle every step of the game. But that was until she finally overestimated the sheer grit and will of the Punisher. After Castle finally got to her, he decided to kill her slowly and in the most painful way possible. She was thrown into a den of polar bears. Instead of being killed, she survived but had all her limbs eaten by the bears. She decided to get back at Frank Castle and failed yet again. When she finally got close enough, she bit the Punisher so hard that he threw her into the house fire (that he himself had set ablaze) and watched her burn to death.

9. Shooting Wolverine in the balls 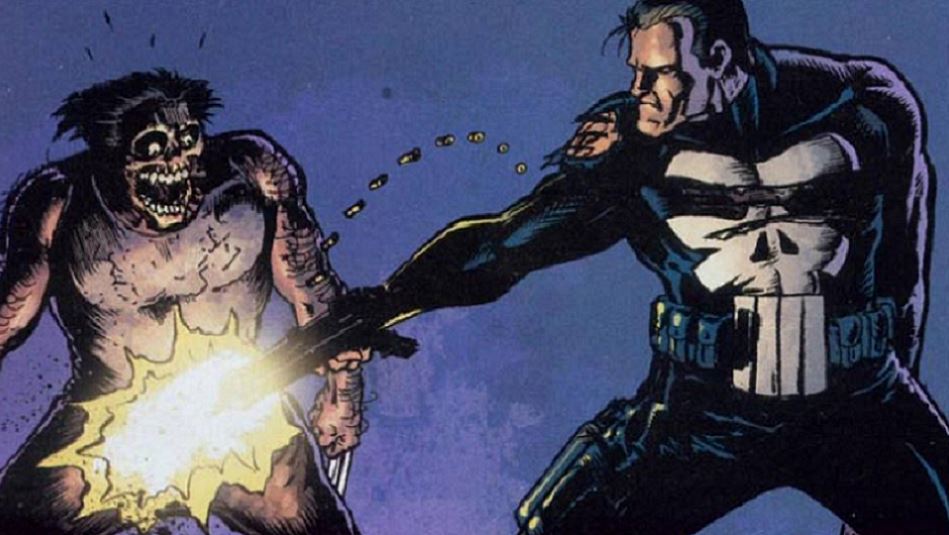 We all know the one guy that is the most difficult to kill is none other than Wolverine. You can slice him to pieces or pour acid on him, the guy will still be as good as new once his incredibly fast healing factor kicks in and saves the day for him. So when the Punisher found himself at odds with Wolverine, he decided it was time to get creative. To kill the Wolverine, Frank Castle used the oldest trick known to mankind to get a man to his knees – hit him in the groin area. The Punisher did not hit him though. He shot Logan in the balls and when the guy was still crawling his way out of the pain, rolled a steamroller over his body and left him to die.

8. Throwing a guy into the mouth of a shark 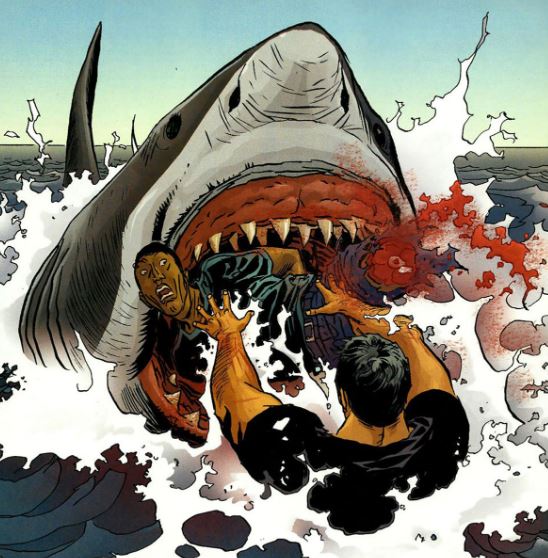 When you are a criminal and the Punisher is after you, the last thing you want to do is make him angrier than he already is. The Punisher is the sweet wrath of God himself. He is fury incarnate. If you taunt him, rest assured judgment is coming for you. But looks like one guy never got this advice from his friends. This guy, a local goon, thought that he could take down the Punisher by using a different class of predator to take down Castle. He used Sharks to encircle the Punisher and started taunting him that there is no way out for him now and that even the Punisher has his limits. Frank Castle became so angry that he grabbed the goon’s head and threw him into the open mouth of an approaching shark, killing two birds with one stone as he swans to safer shores.

If you have played the Punisher video game or read any of his series, you will know that the Punisher can get quite creative while fighting his enemies. He puts a lot of thought into how he will kill his foes. The guy is so ingenious in creating improvised booby traps that it would but Jigsaw from the Saw movie series to shame. Remember how we talked about the punisher forcing Ma Gnucci being mauled down by Polar Bears? To ensure the animals are enraged enough, he punched them in the face. He even pushed a guy into a vat of electric eels where he died of shock and another guy was eaten alive by a swarm of Piranhas.

6. Nuking the X-Men to Kingdom Come 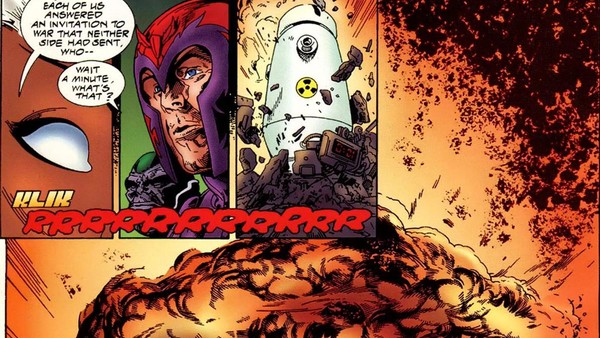 In the Punisher Kills the Marvel Universe, Frank Castle decides to end the superheroes’ monopoly over world affairs. To do that, he hatches up an elaborate scheme to lure the heroes into a trap. First, he kills a few superheroes by taking them out one by one. When the news reaches the X-Men, they decide to end his crusade by killing him themselves. The X-Men and a set of villains they have hired are all transported to the moon, which is the Punisher’s base of operations. Little do they know that the Punisher wanted them there all along1 What they thought, to be Frank Castle’s Last Stand turns out to be a ruse – it was a trap. The base was rigged to a nuclear bomb set on a timer. The moon experiences an atomic explosion that takes out the entire X-Men team.

5. Throwing a guy from atop the Empire State Building

He is a killer. He is a psychopath. But he still likes to see the view of his city from one of the tallest buildings in the world. One issue reveals that the Punisher is holding a handcuffed and mouth-balled guy hostage as he makes his way to the top of the famous building. His plan was to throw the guy off the roof and watch the view as he had never been able to go to the Empire State Building’s roof and watch the sunset. That’s a sick way of doing things. But hey, it’s the Punisher we are talking about!!

4. Turning the Hulk to dust

The Punisher is the guy with the big guns. He does not need any superpowers because he never wanted them. He is happy with the way things are. Sometimes though, things do tend to get a bit tricky and situation demands that even the Punisher could use some superpowers of his own. In the Secret Wars storyline, when the Punisher is pitted against the Incredible Hulk, he allows his body to be possessed by Doctor Strange. Using magic, the first thing he does is turn the Jade Giant into dust. Glad to know he prefers guns.

3. Using a fat guy to smother a person to death

In one issue, the Punisher is up against a criminal overlord who goes by the name the Russian. The Russian is a very skilled fighter and proves to be somewhat of a match for Frank Castle. He is also exceptionally strong. Frank throws a Kitchen Sink at the guy and the Russian doesn’t even budge. When Frank sees his obese neighbor get into the crossfire, he decides to push him onto the Russian and smother him to death using the obese guy’s weight. He succeeds.

2. Killing two people by crushing their skulls against one another 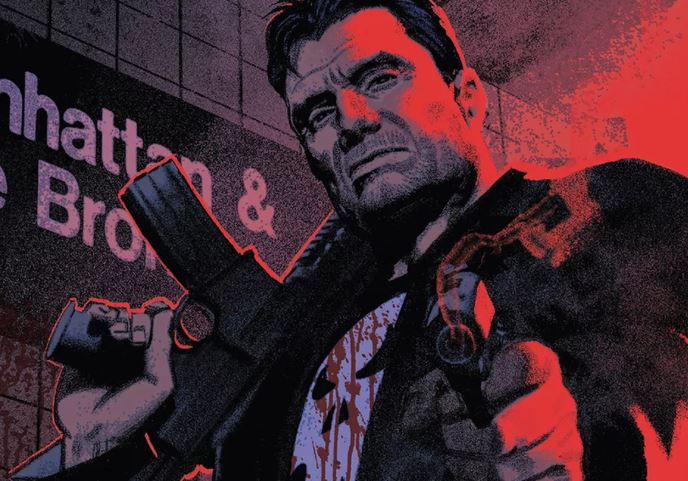 While he is innovative when it comes to killing people, this is definitely the most genius way he has discovered of showing off his murder creativity. When there are two guys trying to fight the Punisher and kill him, the Punisher finds himself outnumbered. To make things more even, the Punisher grabs the head of both the guys and smashes them against each other. The crackling sound of two crushed skulls fills the air as the Punisher stands victorious. 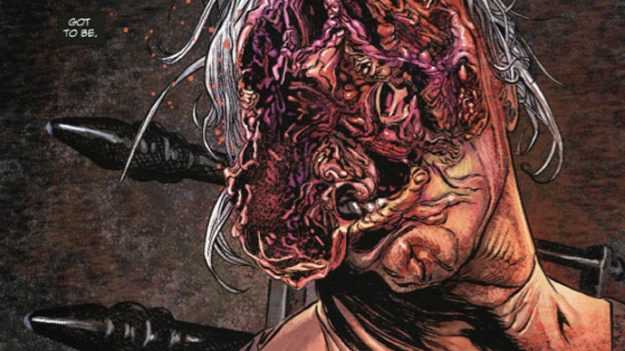 The Punisher is not whom you would call a forgiving person. He knows how to hold a grudge and exact revenge in the sickest way possible. The Punisher has a special place in his heart for people who exploit children. In The Punisher MAX series, Frank Castle takes on a child slave ring. He uses incredibly painful ways to kill the people involved. Some he burnt to death while on some he uses car crushers that crush them into a pulp. But he saved the most diabolical way to kill someone for the leader of the ring. It did not matter to Castle that the leader was a woman. He grabs her head and repeatedly smashes it onto an unbreakable, bulletproof glass. He does that for at least a hundred times and he hits her head so hard onto the glass that the seemingly unbreakable glass finally breaks from the blows. 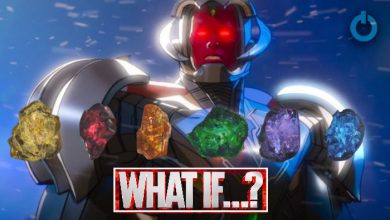 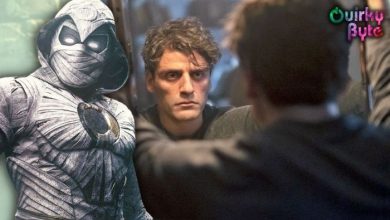 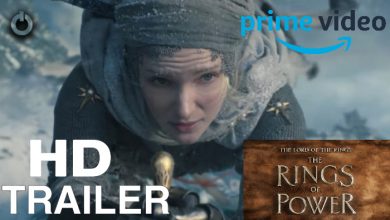