Marvel does have a villain problem. Apart from Loki and Thanos, no one has created that much of a lasting impact on the Marvel fans. But it is not that Marvel does not have good villains. The villains’ roster of Marvel Comics is filled with the wrathful and the vengeful too evil to ignore. Amongst them, the Dark Avengers occupy a special place. They are cruel, mysterious and deadly.

And they were a government-sanctioned version of the Avengers led by none other than Norman Osborne aka the Green Goblin. With the third phase of the MCU coming to a close, it becomes paramount that Marvel ups its villain game with new villains and we believe they should start with the Dark Avengers. We have the perfect list of villains that would be the best fit for the job. Presenting – 13 Villains that could be in Dark Avengers- Future villains of the MCU!!

Okay, we are not here to get your hopes up. But damn, if we had to include this guy in the list. Venom may not be the evilest of characters but he is also not a goody two shoes like Peter Parker. He has a lot of grey areas and the Dark Avengers could certainly use a character as conflicted as Venom. Violence is not something the guy shies away from. Moreover, the guy is not above getting his hands dirty. He even ate his enemies in the Venom movie. Sure being a property of Sony Entertainment, it would be difficult for Marvel to get him for the MCU but it would be worth the try.

The Red Hulk is one of Hulk’s greatest enemies. And not because the guy can match the Jade Giant in brute strength alone! Red Hulk is actually General Thunderbolt Ross, the most longstanding arch-nemesis of the Hulk. Ross has been tailing Hulk aka Bruce Banner ever since the gamma ray accident turned the scientist into a raging green monster. As the Red Hulk, Ross will be an invaluable asset to the Dark Avengers team. Not only is the guy well-versed in military strategy but he also has the brawns to back up his brains.

The Abomination could be considered a great Marvel villain just because of the fact that the guy holds the unique distinction of being one of the few characters in the Marvel Universe to have defeated the Hulk in a fight of brute strength! Abomination was first seen in 2008 in The Incredible Hulk movie featuring Edward Norton as the titular character. Abomination has not been since then. But if the Red Skull could carve his way back into the MCU, why not the Abomination! 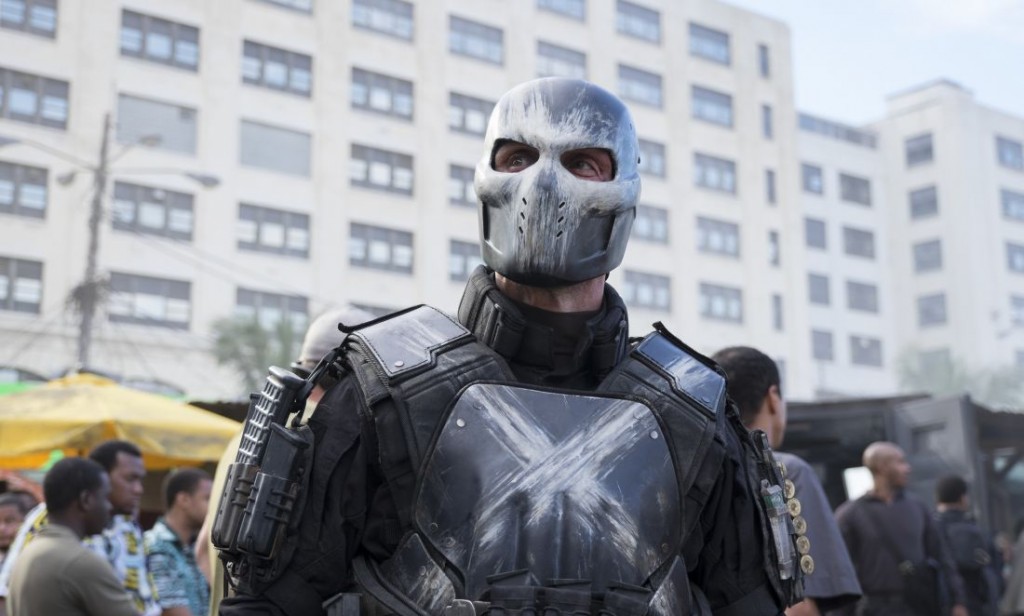 To be honest, Frank Grillo’s Crossbones had a lot of potential. But the way the character was handled in the Marvel Cinematic Universe gave us quite the disappointment. First introduced in Captain America: The Winter Soldier, Grillo was later seen in the official Crossbones garb he was destined to play in Captain America: Civil War.

Grillo died trying to prove a point that all the Avengers do is harm and destroy whichever thing they touch. Grillo was later seen in his Crossbones costume back on the sets of Marvel Studios filming for an unknown scene in as of yet unknown movie. Maybe Endgame will reveal Grillo as another villain that managed to come back from the afterlife along with the rest of the heroes? 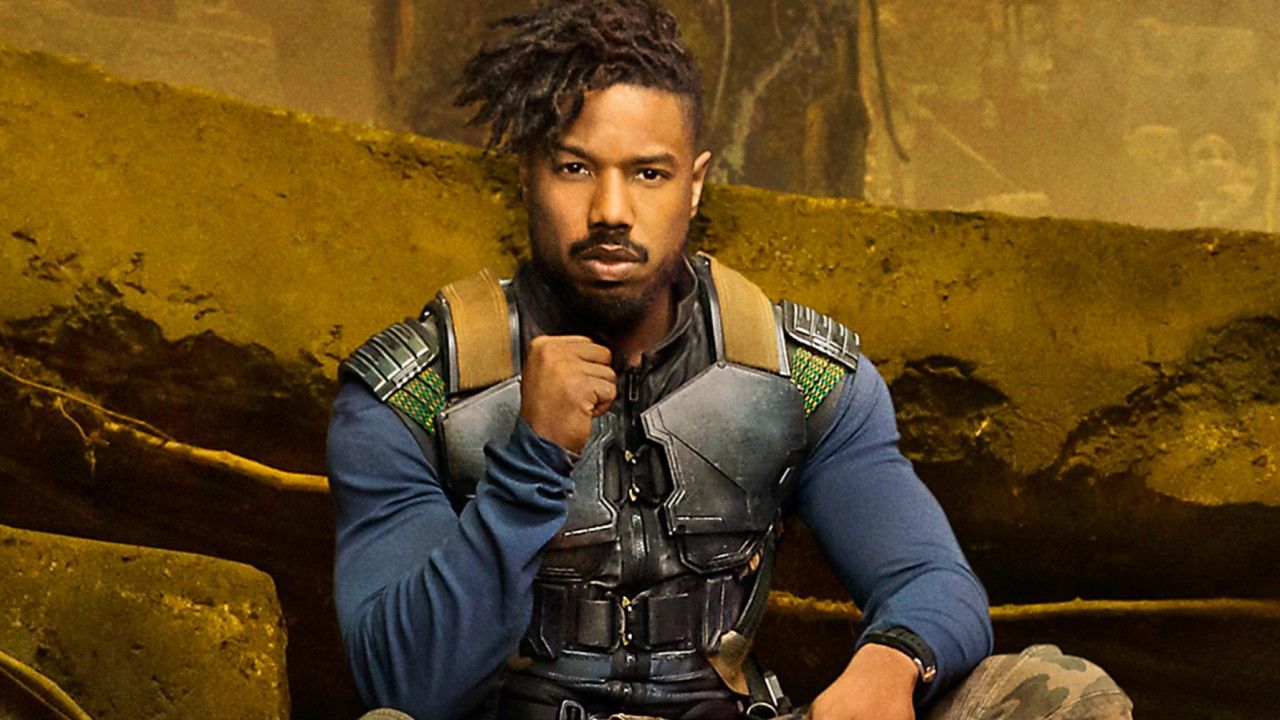 Killmonger was one of the villains that you actually ended rooting for in a superhero movie. Who else could boast such a feat? Killmonger is smart, suave and skilled as hell. It would be too much of a waste to have a talent like Michael B. Jordan go unnoticed. We now know for a fact that Killmonger is returning as a character in Black Panther 2. So why do we stop there? Why not bring him all the way into Norman Osborne’s inner circle. Osborne could actually use a guy who knows the ins and outs of Wakanda and the Black Panther.

The Dark Avengers will be a team of good for nothing, brutes if they do not have the right genius to guide them from the shadows. Arnim Zola is a Hydra scientist who has effectively become immortal by uploading his brain into a computer mainframe. He will be a good addition to the Dark Avengers provided he could still be somewhere within the MCU. A cruise missile is not enough to kill him.

This guy has not even hit the theatres yet and he is already a hit. Jake Gyllenhaal ‘s Mysterio will appear for the first time in the big screens in Spider-Man: Homecoming, the sequel to Spider-Man: Far From Home. It stands to reason to believe that Mysterio is no hero of the movie as the trailer portrays him to be. He could be just a guy who is after fame and money and he has decided to become a superhero to achieve that. Maybe the elemental monsters Spider-Man is fighting are Mysterios’ won demons that he would ‘defeat’ and become the hero of the people? Whatever his plan is, Peter Parker aka Spider-Man will stop him. So maybe this time, he joins the Dark Avengers and becomes the center of attraction of the public eye. All he ever wanted would be in his grasp.

Probably the most underrated villain ever, the Vulture has done the unthinkable – evading the Avengers and staying hidden right under the Avengers’ noses for so long. The Vulture is a very layered and complex character. At the end of Spider-Man: Homecoming, we see the vulture end up in prison. Maybe he joins the Dark Avengers after Norman Osborne promises to lighten his prison sentence. We would never know until we actually see this guy in the MCU. He still has a mutual understanding with Spider-Man. What about that? It would be really interesting to see this old timer fighting alongside the Dark Avengers.

The Sentry is Marvel’s version of Superman. The guy has a power of a thousand exploding suns. He is demented and will follow anyone with authority. The Sentry might look like a champion of justice but in reality, he is just a pawn who could never escape the shackles of a child-like perspective of the world. This is exactly why Osborne could manipulate him so much in Dark Reign, the acclaimed comic book story arc from Marvel where Sentry singlehandedly brings down Asgard. Does this mean that a Sentry and Thor fight is inevitable? Man would we love to see that in the MCU!! 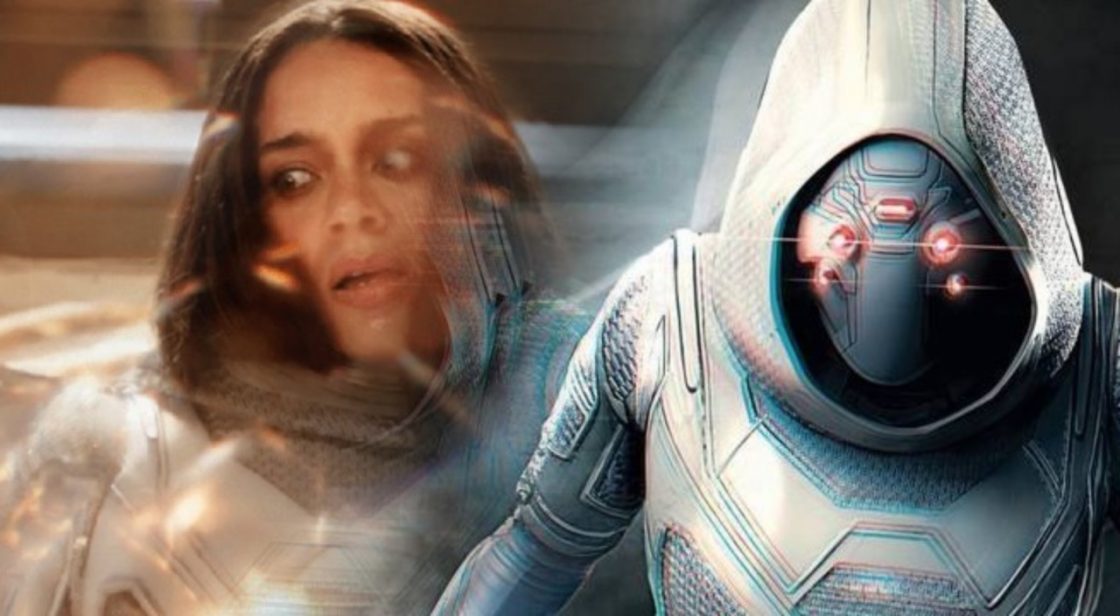 You cannot teach old dog new tricks. Or in this case, you cannot tear the villain out of the evil assassin. Ghost needs a constant supply of quantum energy to stay alive and kicking. That is her curse. It is the reason she was ready to go up against Scott Lang and Co in Ant Man and the Wasp. At the end of the movie, she is apparently cured of her condition. But her condition is very unpredictable and could become unstable any second. That is where Norman Osborne comes in, promising her a cure in exchange of her loyalty. 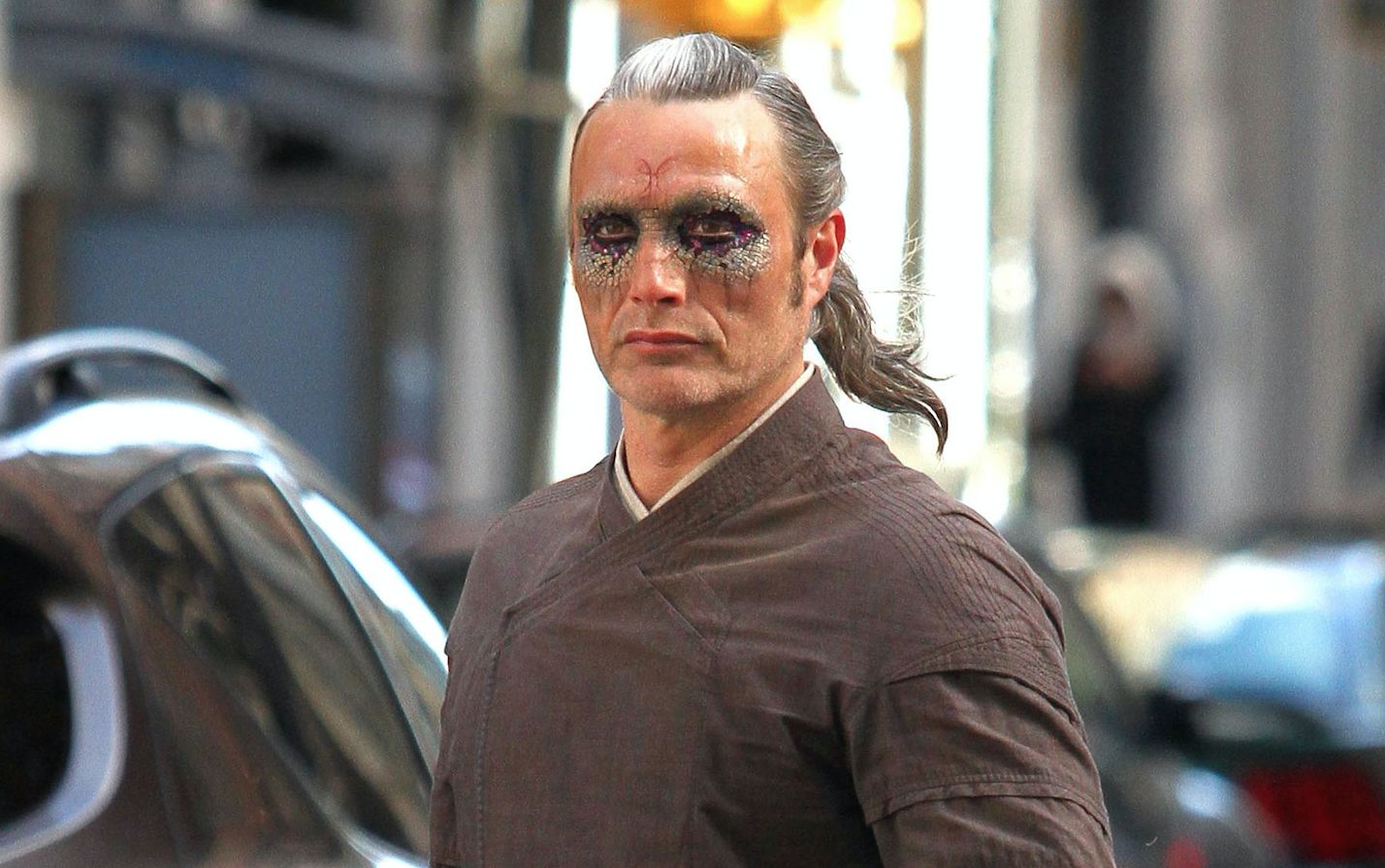 Is he really gone? A guy like Mads Mikkelsen is never gone. That talented actor wooed a lot of hearts as Kaecilius in the Doctor Strange movie of 2016. With his skills in the mystical arts, Kaecilius could be a force to be reckoned with in the Dark Avengers team. Besides, villains in the MCU tend to come back from the dead every now and then. So why not Kaecilius for a change! 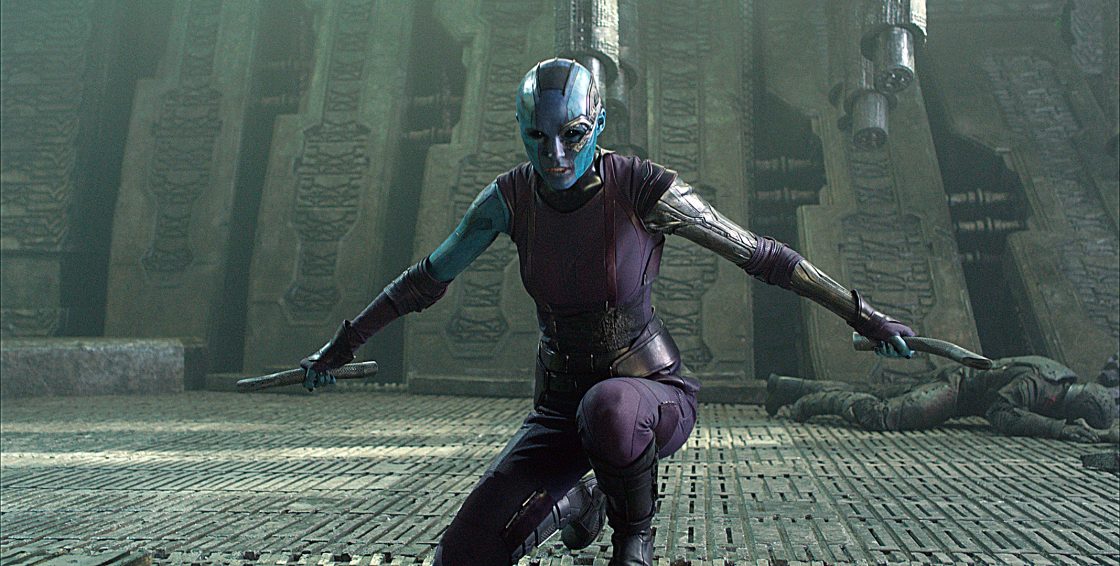 With her newfound purpose with Tony Stark, Nebula is destined to be a huge part of the Endgame storyline. But the question is- what next? Remember that Nebula, no matter the circumstances, is not a villain but a lost soul. All she needs is a purpose. Norman Osborne could give a purpose to her and this inter-galactic assassin would jump in on his first pitch.

In the comic books, Loki was indeed a part of the Dark Avengers but eventually betrayed the team when he found out that Norman Osborne intends to use the Dark Avengers to launch an invasion of Asgard. Granted neither Asgard nor Loki is there within the MCU right now but all that could change with Endgame. If Loki comes back like he always does, we could have a really big twist in the tale in our hands. 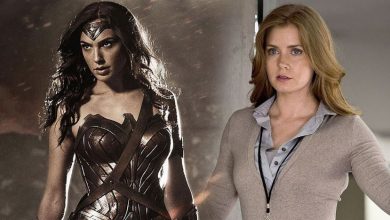 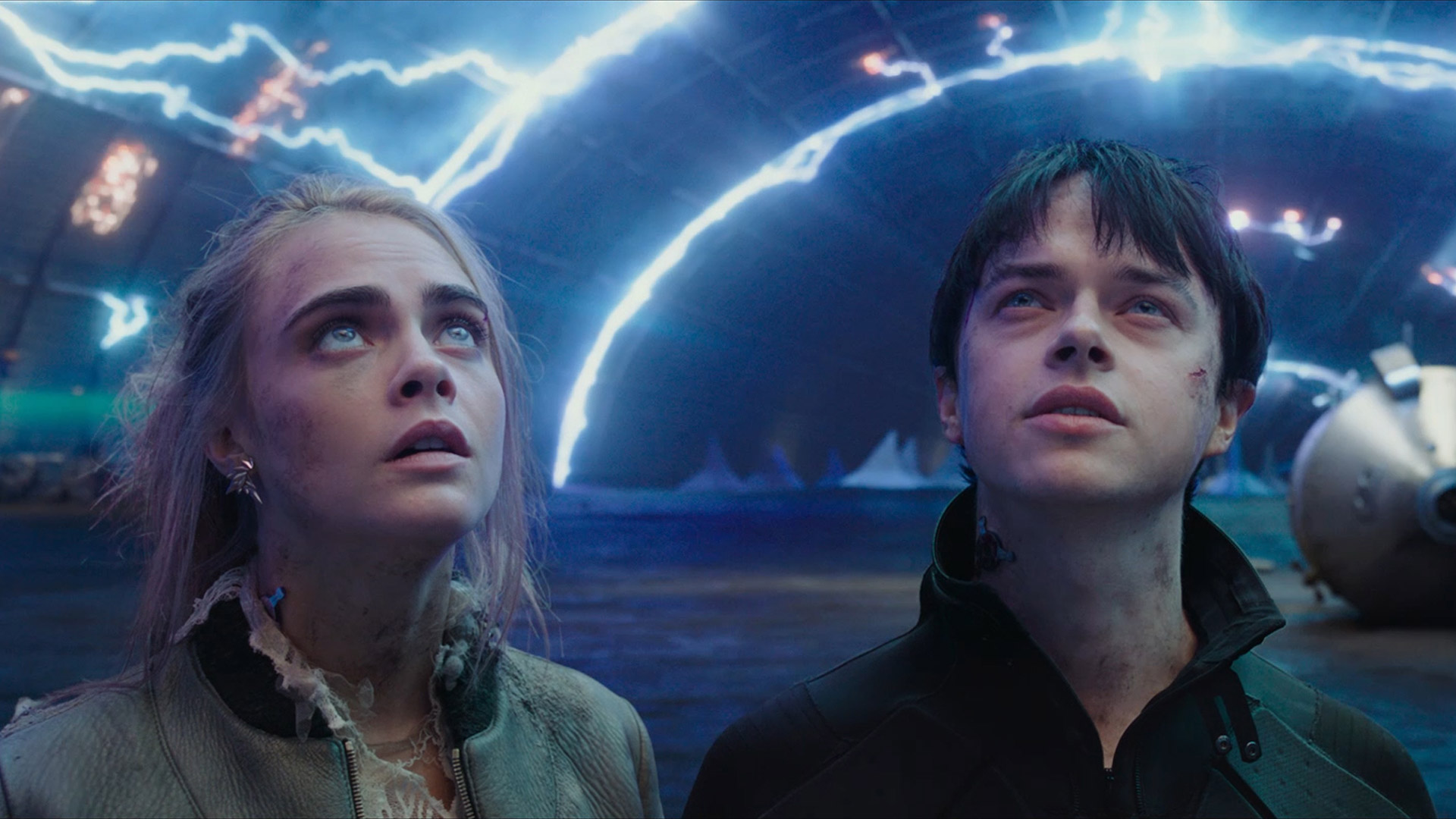 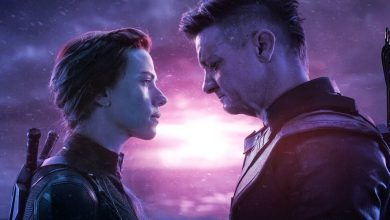