There is seldom a guy that can make a franchise stick together like Nick Fury. He came, he saw, and he made the Avengers assemble. To the untrained eye, the Avengers were formed out of necessity. But look closer and you would know that it was Nick Fury behind the curtains that were pulling the strings. He was the one who correctly anticipated that the world would come in need of the Avengers and he was right. Let us take a deeper look at the Director of Shield and what other broths he helped cook. Presenting – 10 Incredible Nick Fury Facts that we bet you never knew!!

1. He lost his eye to a grenade explosion

The right eye of Nick Fury is always covered in an eye patch. It is his signature trademark and Nick Fury owns it like a boss. No more are pirates the only ones who look cool while wearing something that was originally made to cover a disability. But do you know how Fury got the eye patch in the comic books? It was due to a grenade explosion in the heat of battle. In the movies though, Nick Fury claims that he lost an eye after he blindly trusted someone he should not have.

2. He was the predecessor to Captain America

The Super Soldier was, believe it or not, a successor of the concept of Spymaster Nick Fury. Back in the 1960s, World War 2 stories were losing popularity as the Cold War was raging on. So Stan Lee decided to turn the World War 2 veteran that was Nick Fury into a Cold War US Special operative working behind enemy lines with his Howling Commandoes. After Cap was resurrected from the dead after they found his icy tomb, Nick Fury paved the way for the modern day Super Soldier.

3. His Eye-patch was born out of necessity to combat continuity errors

When Stan Lee was penning the Howling Commandoes run in 1963, he also used Nick Fury as a character. But the problem was simple – There can never be two characters of the same design and idea of working together in the comic books. So Stan Lee did the sensible thing. He gave the Nick Fury version an eye patch and made it look like whenever there was an eye-patch on his face, this meant that the story was taking place in the future. 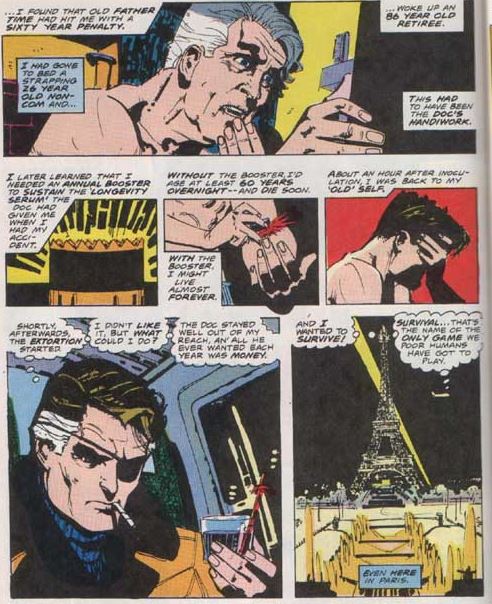 Buckle up, people! Marvel has found the fountain of youth. You see there are a ton of characters in Marvel that do not fit well with the Marvel Cinematic Universe. But Nick Fury does. In the comics, Nick Fury is said to be in the possession of the Infinity Formula, a chemical agent that manages to drastically slow down aging. As a result, Nick Fury has trouble growing wrinkles ever again.

5. The MCU Nick Fury was actually based on Samuel L. Jackson’s face!!

If you think you have seen enough, you are wrong. In the Comics, Nick Fury was actually white. But in the movies, why does an African-American seem to be the only option. When Marvel was starting to think about conceptualizing the characters for its Ultimate Universe, Jackson’s security led them straight out. Jackson himself did not want to play a Marvel character until the guys at Marvel persuaded him to think otherwise. What’s more? Jackson signed a contract with Marvel to play the character for 9 additional movies in the same meeting. Some negotiation skills those are!!!

6. He has a son and he looks exactly like him 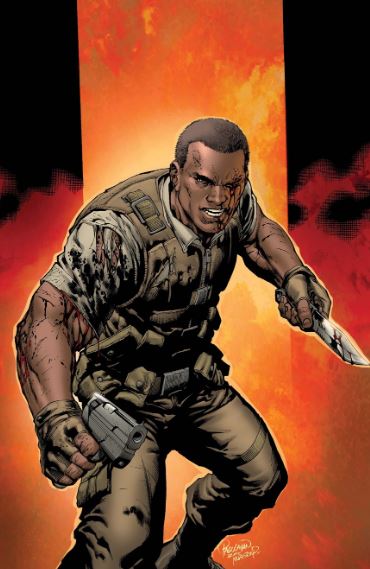 Marcus Johnson is the son of the Original Nick Fury, the one with the white, Caucasian skin. Marcus was born to Nick Fury and an unnamed woman of African-American heritage. Marcus also possesses the same skill sets as his father and he has been by his side during several missions they conducted together. Marcus also has an eye patch just like his father and he does not wear it for the show. 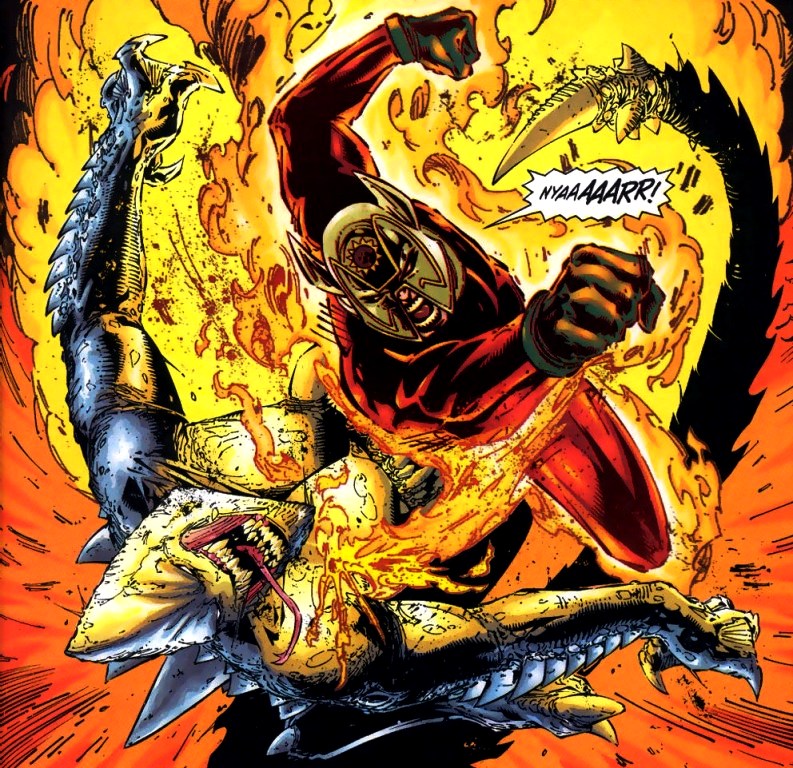 When he was young, Marcus was kidnapped by the villain Orion who conducted experiments on him with the hope of unveiling the secret to the Infinity Formula, which by virtue of him being Nick Fury’s son, was ingrained into his genetic code. Orion even ripped out Marcus’ eye so as to study it. This is the reason Marcus wears an eye patch, not because he wants to be more like his father.

7. He now lives on the moon 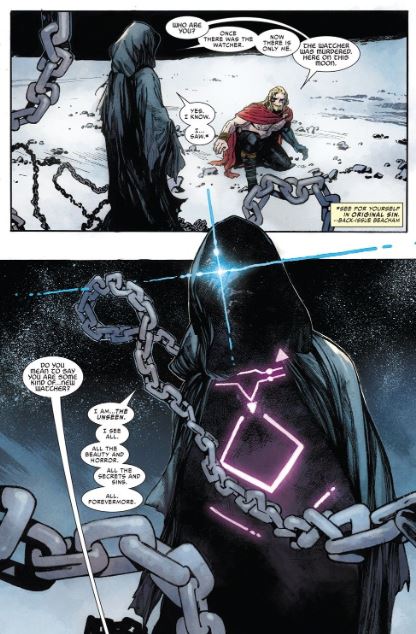 Nick Fury Sr. is now a troubled man. During the peak of his years, Nick Fury was an idol and a celebrity among heroes. But a storyline known as Original Sin changed all that. Ever wondered what happened to the original Nick Fury after Samuel L. Jackson’ Fury came along for the ride!! Well, the original Nick Fury ended up on the moon after being cursed by the Cosmic Beings for killing the Watcher. His curse is now to watch over the Earth from the Moon, ever unable to step foot on his own home planet. Nick Fury Sr.’s Infinity Formula is also failing. So that means he does not have much time. Soon, there will be gravestone on the moon and it will howl to a moonless night and an empty crowd.

8. Samuel L. Jackson claims he acts like himself while playing Nick Fury 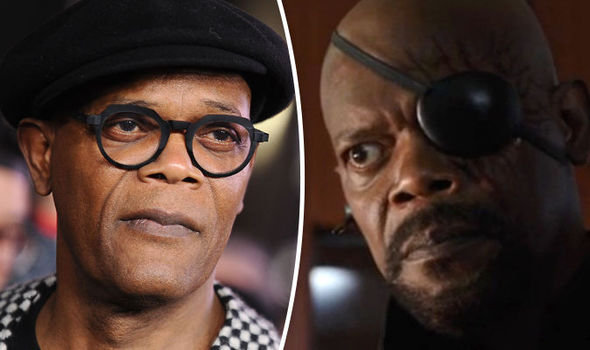 There are method actors that have to mould themselves just to ensure they get the vibe of the portrayal right. Then there are characters that were just made for the actor. Nothing could be truer for Nick Fury and Samuel L. Jackson when it comes to the latter. The character was literally created to be played by Samuel Jackson. When asked how he liked to play Nick Fury in the Marvel Cinematic Universe movies, Jackson had this to say:

9. The first choice for Nick Fury was George Clooney!

George Clooney was never much of a comic book nerd. He just saw one page from an issue of the Nick Fury MAX series. The MAX series was notable for its violence, bloody battles, and dark storylines. The page that Clooney laid his eyes on was one where Nick Fury is strangling a guy with a length of small intestines. So when Marvel approached him to play the guy on the Big Screen, Clooney said “Hell Nawww!!” and the rest is history. And to be frank, as of right now there is no one else that comes to mind other than Samuel L. Jackson when we think of Nick Fury. We are so glad that Clooney turned down this role.

Samuel L. Jackson is known for many roles he has played in all these years in Hollywood. Whichever movie he acts in, it becomes cinematic Gold. The two roles that do stand out are the MCU’s Nick Fury and Pulp Fiction’s Jules Winnfield. And there is a subtle nod to Jules Winnfield in Captain America: The Winter Soldier. When Cap and Nick meet at the latter’s fake grave, the tombstone reads “ “The Path of the Righteous Man” – which is taken right out of a speech made by Jules Winnfield in the 1994 Tarantino classic Pulp Fiction. We bet the casual fans could not get it but the movie fanatics were laughing their asses off.

Nick Fury appeared for the first time in the MCU in Iron Man of 2008. The official film synopsis for the movie reads: 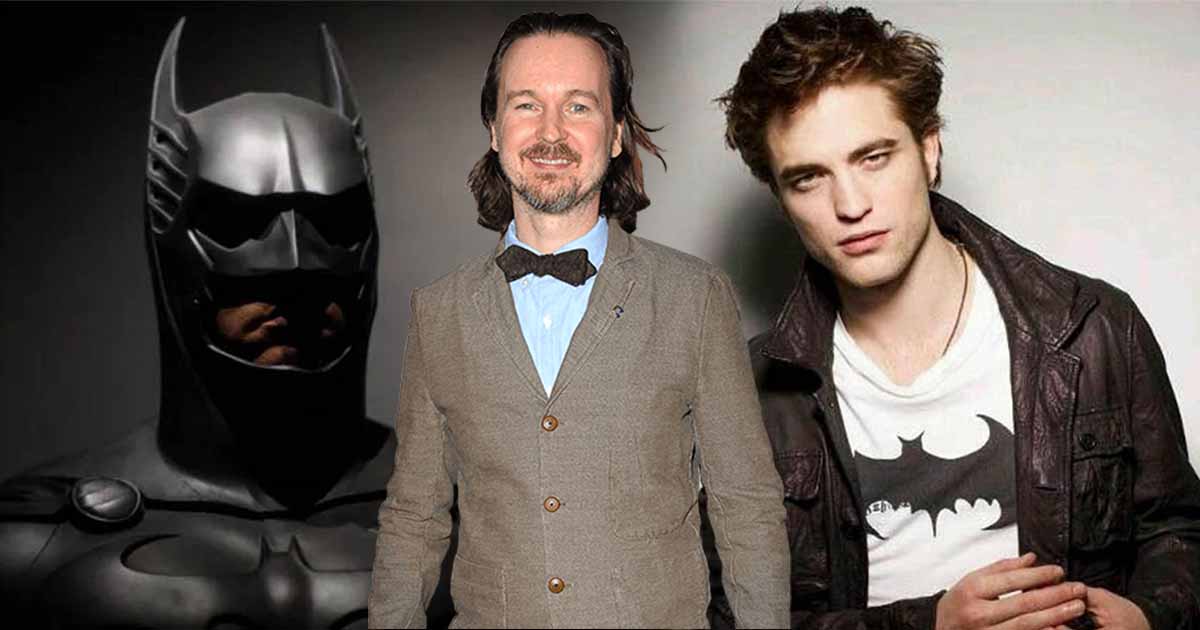