What if the heroes from Marvel and DC Comics were not of this time? What if they were actually born in medieval England or ancient Japan? What would they look like? It is hard to explain in words but easier to show in pictures. If you think you have seen it all, think again. There is a whole world of concept arts and crazy ideas out there that you still don’t know of yet. Presenting – 17 Marvel And DC Superheroes Reimagined as Ancient Warriors!!! 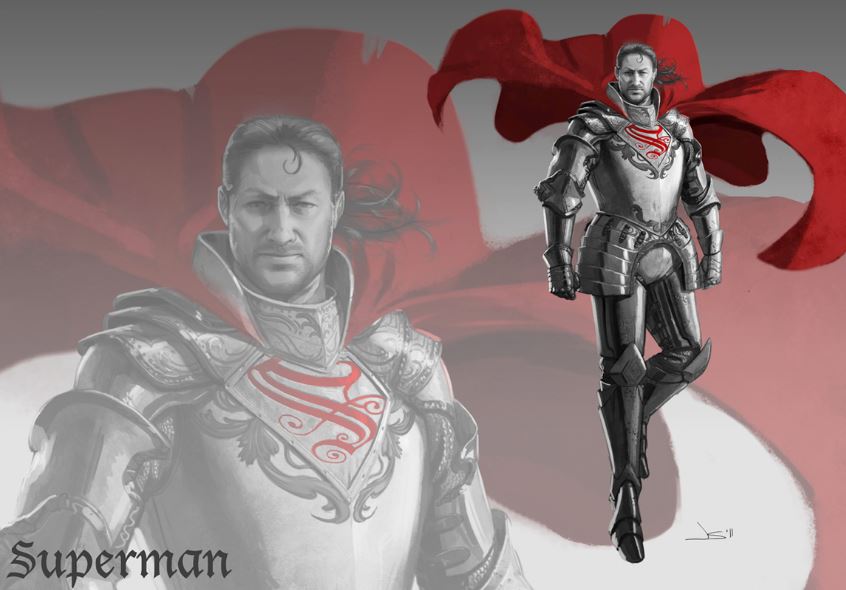 Superman is the boy-scout that never does, sees or hears wrong. There used to be a class of warriors from the medieval Victorian ages who also shared a similar code of honour. The Knights of the Round Table from the Arthurian legends also possess such good guy qualities as the Man of Steel. So what if Superman ends up becoming a Knight himself? He already has his ideals. All he needs is a shining piece of armour to complete his makeover and Voila!!! 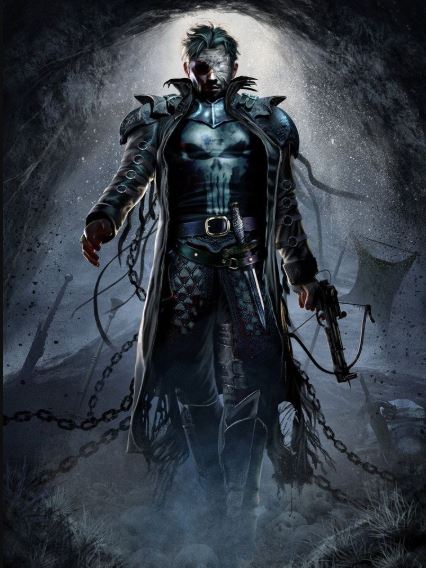 In the new world, the people are the demons. Technology has connected the world and has given the bad guys the means to pool their resources together and cause further chaos. But in the old times, there was no internet. There were no computers. The old times were the paradise of true demons. And Frank Castle would be the equivalent of Van Helsing if he was born in those times. 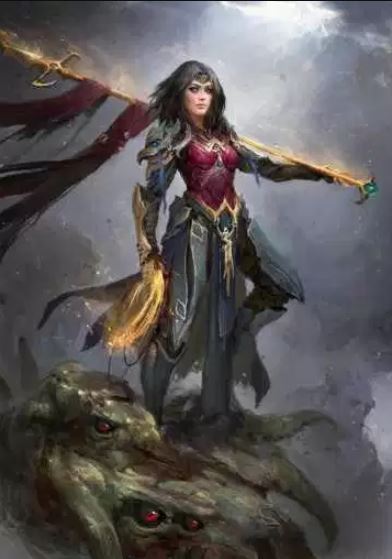 The Princess of the Amazon is the only one in this list with actual ties to the old world. She was born in ancient times, given shape by her mother Hippolyta and gifted with life by the God of Olympus, Zeus himself. In this re-imagination, Wonder Woman is a knight fighting her battles against evil forces. Given her long history in the DC Universe, this just might be possible! 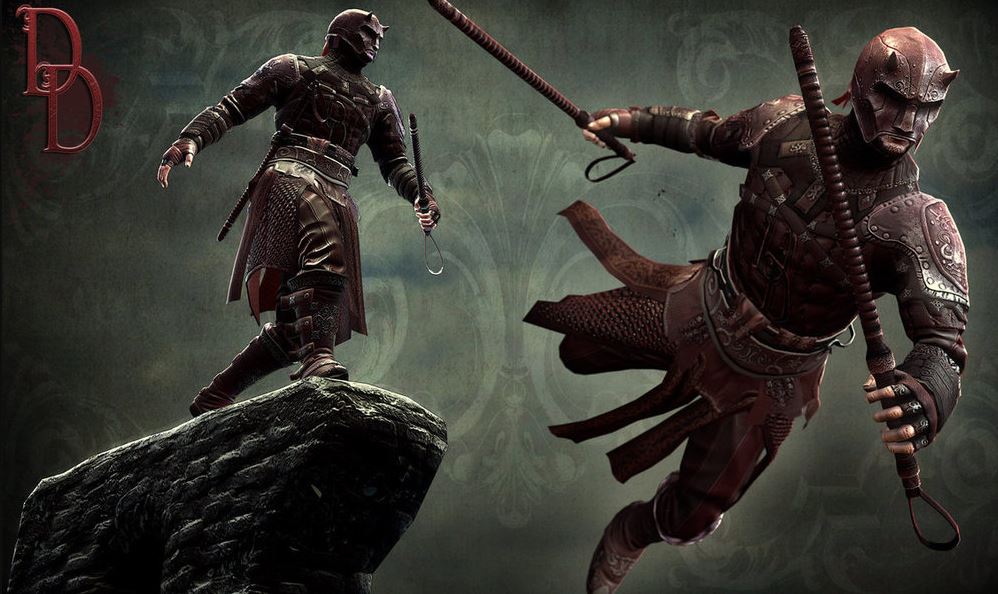 Daredevil is not someone to be trifled with. He might have lost his sight but he has extraordinary senses of smell, hearing, and taste. He also has his signature secret weapon – the radar sense. A guy like Matt Murdock will find himself useful no matter where he might be. In the above art, Daredevil becomes the Devil of Baker Street. Batman is a guy that knows his way around the darkness. His most fearsome ability is his ability to instill absolute fear at the hearts of each and every criminal that tries to terrorize his city. What could make Batman even more intimidating? It is if Batman becomes an actually Dark Knight in every literal sense of the word. And to top it off, he rides an actual giant Bat!!

The Vikings were a vicious race of warriors that believed on merciless combat. They were creatures of battle and longed for an honourable death at the battlefield itself. Wolverine is the only one on this list that comes close to replicating the Viking blood thirst for slaughter. Wolverine looks immensely cool in that cool Viking helmet and the braided beard suits the animal as well.

Tony Stark has already been featured in the medieval times within the comic books as Lord Iron in one of the What If…Marvel issues. In this iteration, Tony Stark is not a noble Lord but a King. Using his alchemical know-how and his thirst for understanding the impossible, Tony creates a suit of armour that blends ancient science and primordial magic in perfect fashion. Thor is a God of Norse mythology. It was only when he merged himself with Donald Blake that he became a popular hero in the Marvel Universe. Thor could be seen as one of the most powerful and intimidating warriors of ancient times in this image. He now wears armour that reflects his warrior caste and carries a long handle hammer with lightning spewing around in all directions. Automatons are robots that basically run on dials, steam and clock work.  Cyborg is no more a hulking figure with lights and witches. He is fully armoured and has a helmet for a face. His body now is made of Knight Armour plates and he has steam tubes running in and around his body that now powers him. But inside, he still has the heart and soul of Victor Stone. 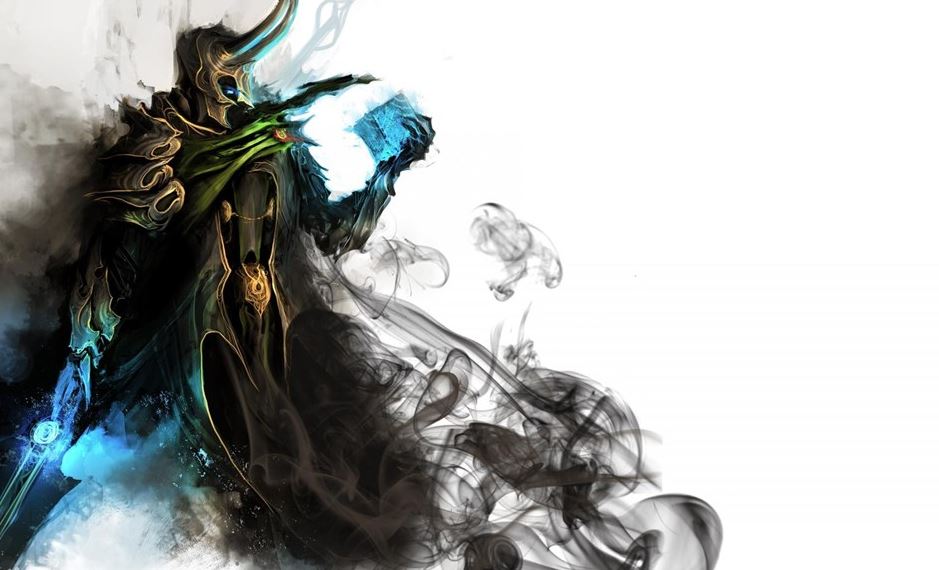 We could not have reimagined Loki any better than this. If all the movies, TV Shows and books of high fantasy had a similarity, it was that the bad guy always had his face covered up with a helmet that showed only his two gleaning eyes as the rest of his body is covered up in a mysterious and dark aura. Loki is not just the Bad Guy. He is the guy even bad guys would be scared off. We know this version of Wade Wilson has already appeared in Batman: Ninja. But damn it the guy looks so cool in samurai armour that we just had to include him in this list. With his signature one slit helmet and chainmail armour, Deathstroke holds a sawed-off shotgun in one hand and a Samurai Katana in the other. No matter where Steve Rogers finds himself in, he will always be fighting for justice, truth and equality. He is just who he is. The enemy might be able to turn whole stars to dust or rip off entire planets into two, but Captain America will still fight the guy if he thinks it is the right thing to do. In this iteration, Cap is now a knight that holds the unbreakable shield of might. The name might sound cooler, the costume is even more. The Flash is the fastest man alive. He will run a thousand circles around you even before you could pull that trigger. He also happens to be a more then frequent time traveller so this just might be possible. Everyone make way for the Cardinal Blaze, the Fastest Knight alive. Charles Xavier is a force to be reckoned with He can literally kill every being on Earth just with a thought. In the X-Men issues of Marvel Comics, Charles is left behind in most missions not just because he is a paraplegic but because he is too powerful and including him in missions would mean that the issue would be over in just one page. In this iteration, Charles is a Lord of a Noble House and uses the power of his own mind to rule over his subjects. He does not need any super power to do his job. All he needs is a smile, a crazy plan and an even crazier mind to screw everyone else’s up. The Joker is a being of pure chaos. He is a tortured soul who just wants to see the world burn bright. So it does not matter if he is born in the 90’s or the 80’s or freaking 1560. No one messes with the Clown. We know we already have so many Avengers on this list but nothing beats the Avengers coming together for one whole slot. The Avengers of the old and ancient would a handful lot. Just look at how Vision and the Hulk look when they are set free to do their bidding when steam people did not even have guns or electricity to begin with. 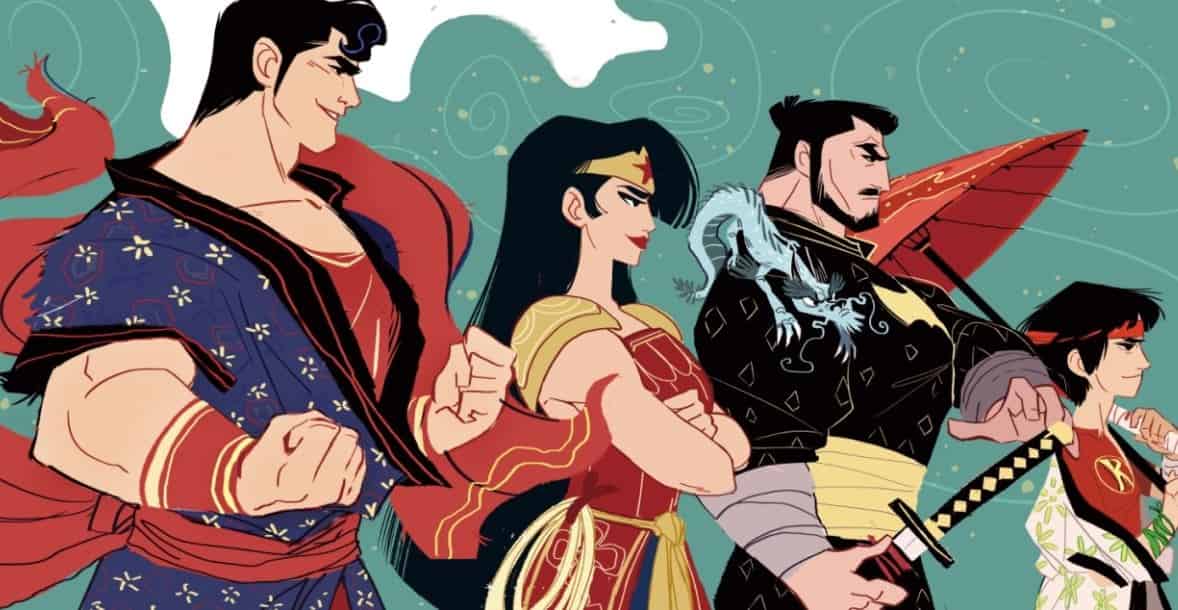 Many would say that the Edo period of Japan was perhaps the most tumultuous times for the ancient island kingdom. There were massive struggles for power and wealth and the people were suffering. Out of this chaos, arose the harshest and most brutal warriors who would not take no for an answer. What if the Justice league was also from Edp Japan? This is how they would look like.