Right from the start of the movie, it was being teased that if Thanos managed to collect all the Infinity Stones, he would be able to wipe out half the population of the entire Universe with a Snap of his fingers. First Gamora teased it in the beginning, then Thanos told Doctor Strange the same thing. Thanos’ main motive was to bring balance in this universe, and to do that, he was willing to do what no one else would, which was wipe out half the Universe’s population so that the half that would survive would not have to live in the poverty and can use the resources of the world in the most justified manner.

So, the big snap that happened led to the disintegration of half the population of the Universe which included many of the big superheroes from the Avengers and other important characters of the MCU in the name of Bucky, T’Challa, Groot, Sam, Wanda, Peter Quill, Mantis, Drax, Doctor Strange, Spider-Man, Nick Fury, Maria Hill, Hank Pym, Janet Van Dyne, and Hope Van Dyne. This was the big shock that came up right at the end of Infinity War and Ant-Man and the Wasp.

While we all know that the Directors Anthony and Joe Russo, and the writers Christopher Markus and Stephen McFeely did this in order to make space for other characters to have big moments in Avengers 4 it still interests how exactly they chose these Snap victims. Because if they would have wanted to side line the sidekicks, they could have taken down the likes of War Machine, Okoye and Nebula instead of killing off Doctor Strange, Spider-Man, Black Panther and Star-Lord.

Since Infinity War has released in Digital HD, we are now getting all the BTS features, deleted scenes and the bloopers from the film. Amongst all that extra behind the scenes footage, we have got the exclusive reveal from the two directors where Joe Russo has explained us how and why they chose the victims who would be erased by Thanos snapping his fingers with a fully formed Infinity Gauntlet. He said:

Well, the entire third act was pretty moving and the effects of the snap got us all really emotional and this was exactly what the creatives behind the movie had planned for us. Here’s what producer Trinh Tran said about the final moments of the film:

“When Thanos shows up, we really wanted to make this the most powerful moment ever. The blip out sequence, we had gathered the whole entire talent, they are circled around our directors, and basically revealed to them that morning of that scene was happening, that some of them were gonna be disappearing.”

Joe Russo continued talking about how secretive they had to be for this film because of the predictability of the film:

“The audience is so good at predicting stories that even just the smallest clue can tell them where the film is gonna go. So, we worked really hard to make sure none of the secrets of the film leaked. It’s about as massive a production as you can mount. About 6,000 crew members working on the film from around the world.”

Infinity War was probably the movie of the decade and now Avengers 4 is going to be even bigger than that. 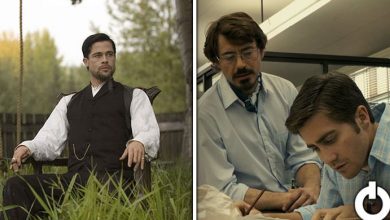 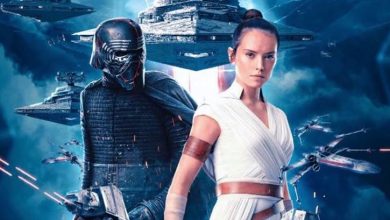