It is not often in popular media that we come across smart and powerful independent women who don’t play second fiddle to an ultra-powerful patriarch (Wonder Woman and Superman) but comic books are one such place that you have something for everyone. There are queens in this reality that bow to no one, especially not other superheroes and these women are truly the ones standing atop the food chain. So here are 15 queens from Marvel and DC comic books that are so powerful that they’ll scare the socks off ya. 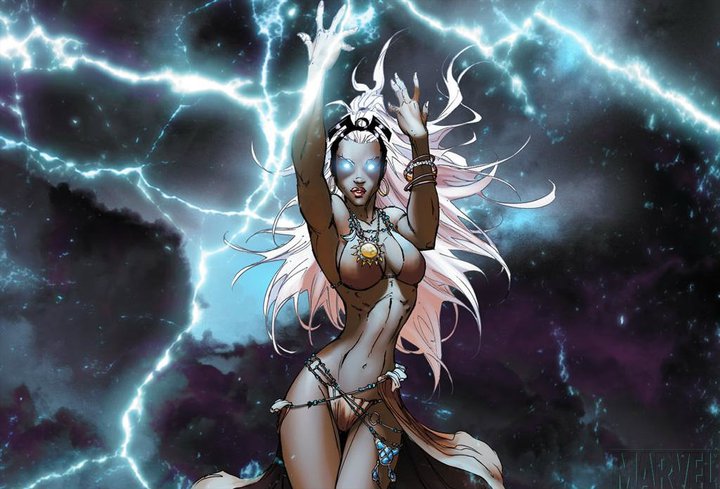 One of the more famous X-men, Storm is revered as a Goddess because of here weather controlling powers. There have been cults that have worshipped her as such. A goddess to a queen sounds like a downgrade, but this woman is no ordinary queen. In the comics, storm and black panther fell in love and got married, making Storm the rightful queen of Wakanda. I mean wasn’t it enough that this country had a panther for a king, now they want a weather controlling deity too? 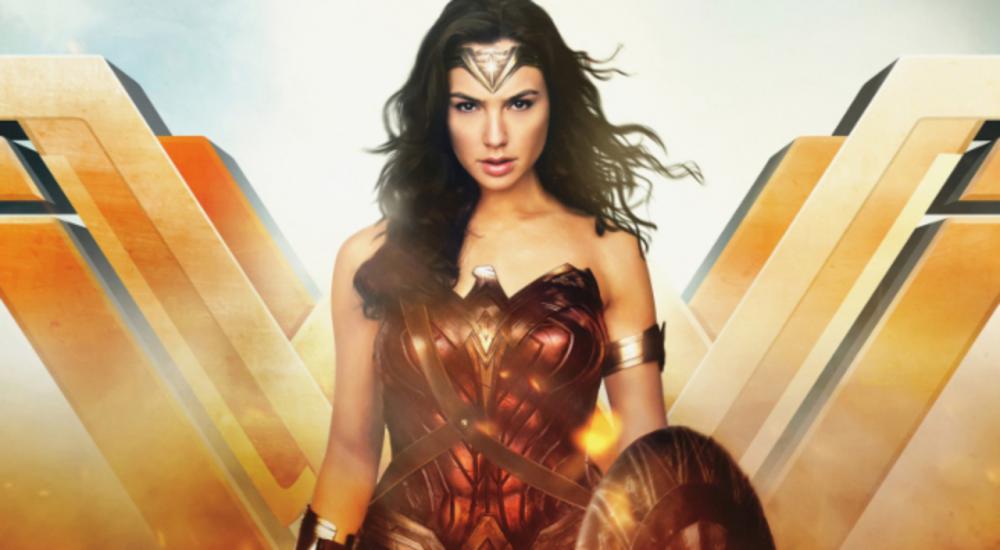 Born from a statue made by Hippolyta, Wonder Woman was born when Zeus infused the said statue with life. She is not only considered to be a child of Zeus but she’s also Princess Diana, the next queen of Themascara and the leader of the Amazons. It’s not that Wonder Woman needs an army, I mean she’s a planet buster for Christ sake, but it’s more, that a queen has an army and the army goes where the queen says. This powerhouse leader of the Amazons is a worthy addition to our list. 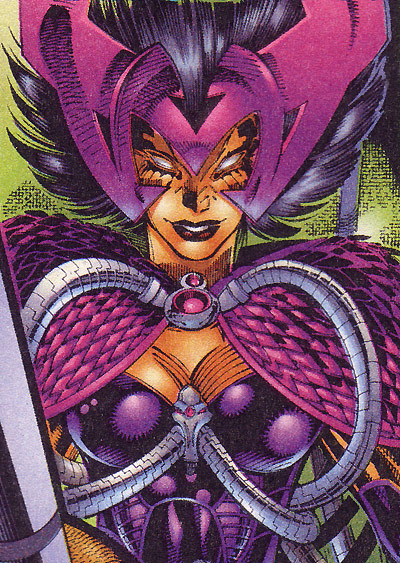 Shi’ar empire is one of those that instantly reeks of feud and conflict whenever you talk about it in the Marvel universe. Until the place was finally taken over by Vulcan aka Gabriel Summers ( the estranged third Summers child) it was a place ravaged by war and evil. It all started when Deathbird (then empress of Shi’ar) murdered her mother and was exiled from her own empire. This is when D’ken took over and shit really went south. 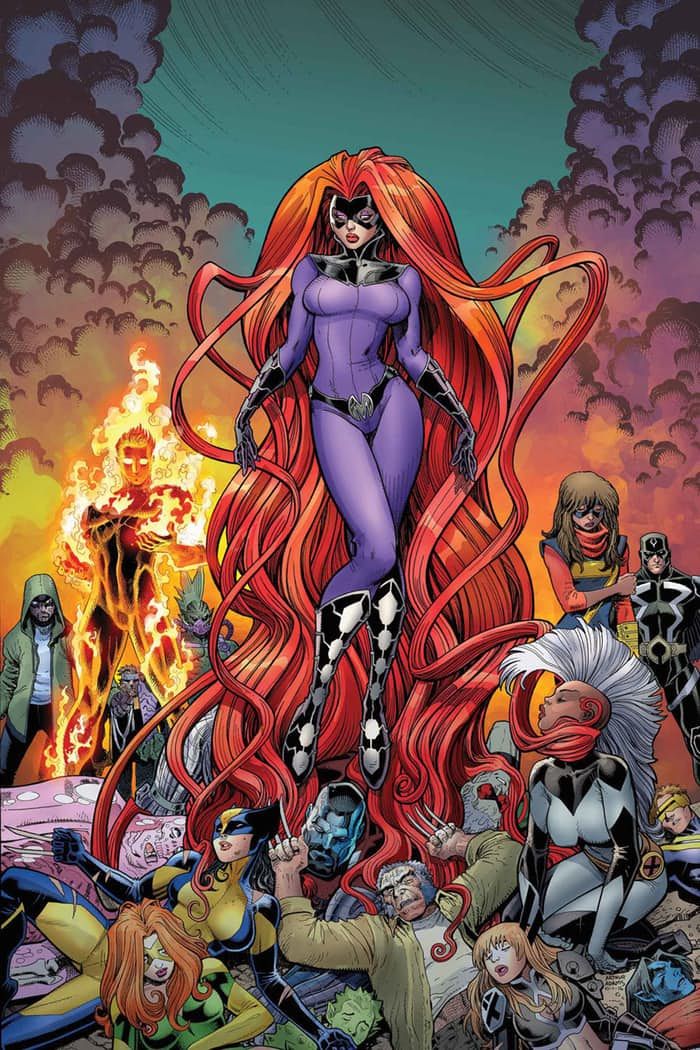 Differing a little from her classical iterations, Medusa still appears in the Inhumans series. She is their queen, their ruler/governor alongside Black Bolt. Before the battle of the kings these two ruled their territory with peace and now Medusa serves her duty as a widow. Her might and wrath are two things that no one in the inhuman community wishes to experience.

In DC Lore Mera is considered to be an equal (if not better) than Aquaman himself. The woman has nigh-unlimited strength, she controls the seas and even the water recognises her supremacy in every aspect. She is the one true queen of Atlantis and she rules her domain with absolute power. The seas bend to her will as their queen stands atop a beast commanding them to victory in every battle. Mera is one of the few queens on our list that usually outshines the protagonist. 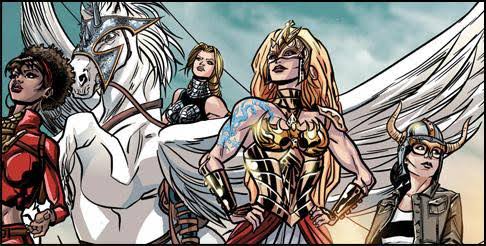 Directly out of Greek and Roman lore, Hippolyta is the queen of the Amazons and the mother of Wonder Woman. She is the woman who crafted the statue we now know as Wonder Woman. Other than being a literal God she also possesses prowess as a warrior on the battlefield and the skill to lead her people. Hippolyta is the true leader of the Amazons and did I mention she is immortal? Geez, talk about overkill. 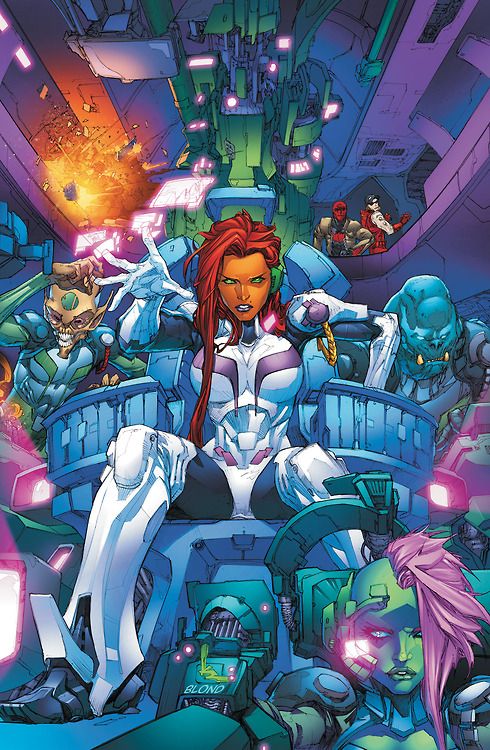 Born Koriand’r on the planet Tamran. Star fire came to earth while running from her sister. The power of this being is clear as she is arguably the strongest teen Titan. The cosmic level power and energy manipulation truly make Starfire one woman to look out for, not to mention her romance with Dick Grayson aka Nightwing. The chemistry between these two had been clear since the debut of Starfire (it even seeps into the animated movie). Regardless, Starfire is not someone you mess with and get off Scott free because this princess will knock you into the 5th dimension. 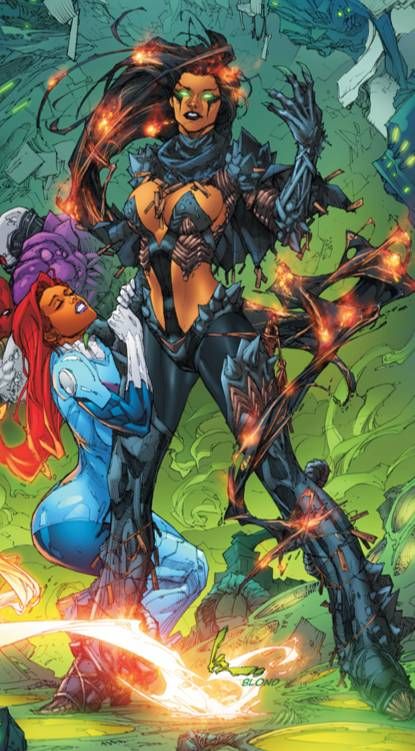 Komand’r of Tamaran is the sister of Starfire and also a princess on her native planet. The sisters also share something else besides their royal inheritance, they both are extremely powerful and house deep hatred for each other. They are sworn enemies, the kind of hatred that ends in bloodshed. The impact is exponential because these women are so abundantly overpowered.

One of the few green lanterns hailing from the royal family. Iolande was a princess on her home planet of Betrassus, under her father King Nol. She is currently the green lantern of her home sector 1417, which she patrols as the part of green lantern corps. The entire premise suggesting of a literal watchful protector. Oh lord please provide us with such proactive leadership in real life too.

Illyana Rasputin (born Illyana Nikolievna Rasputina) was born in the Ust-Ordynski Collective farm, near Lake Baikal, Siberia, Russian SFSR, the Soviet Union to Nikolai Rasputin and his wife Alexandra Natalya Rasputina. Illyana’s two older brothers, Mikhail Nikolaievitch Rasputin and Colossus are also mutants. Colossus’ superhuman powers manifest while saving Illyana from a runaway tractor. Illyana is a mutant who’s brought to the United States to be used as a weapon to put pressure on the x-men. It is only later that she is beckoned into limbo by Blasco (the tyrant demon who rules limbo) where she forges the soul blade, banishes Blasco and takes over limbo as it’s new ruler. Believe it or not but this woman is the most badass character on this list. 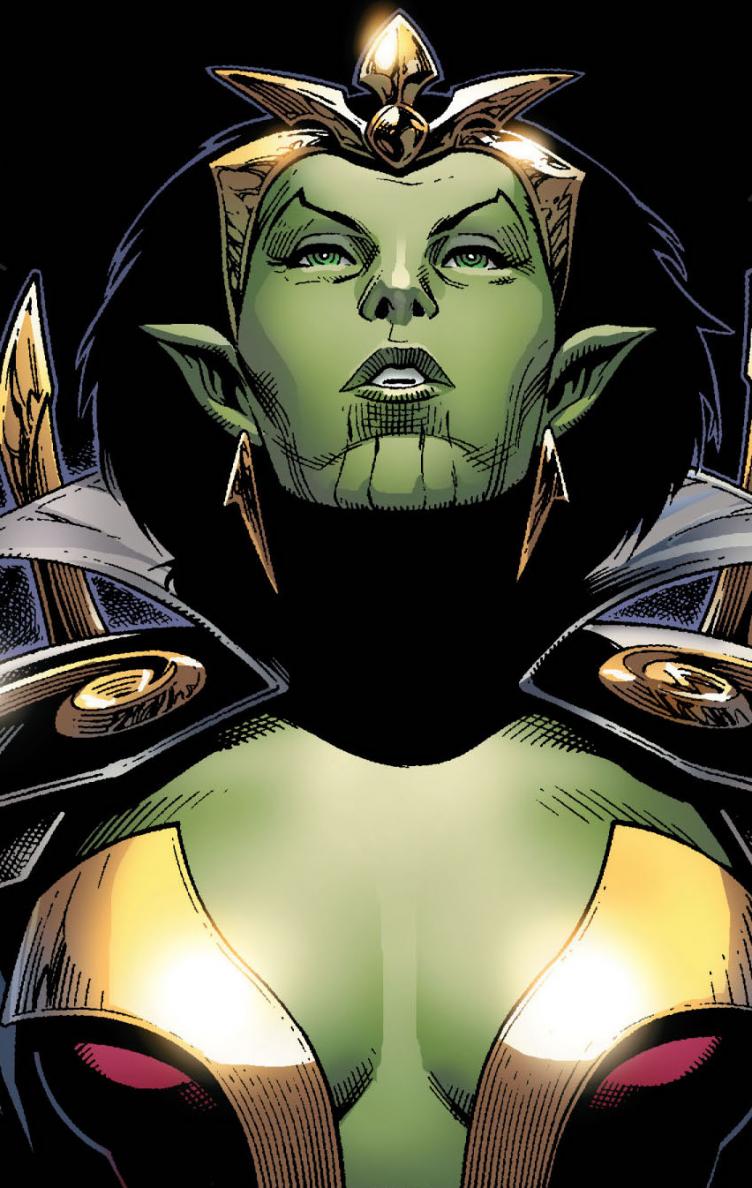 Former Empress of the Skrull empire, R’Klll was known for her brutal and totalitarian mode of leadership. It was in her care that the Skrull empire turned into a warring state, constantly at conflict with the Kree empire. The Skrulls are known for their uncanny ability to shapeshift but that doesn’t stop this empress of our from being hideous and scary at the same time. 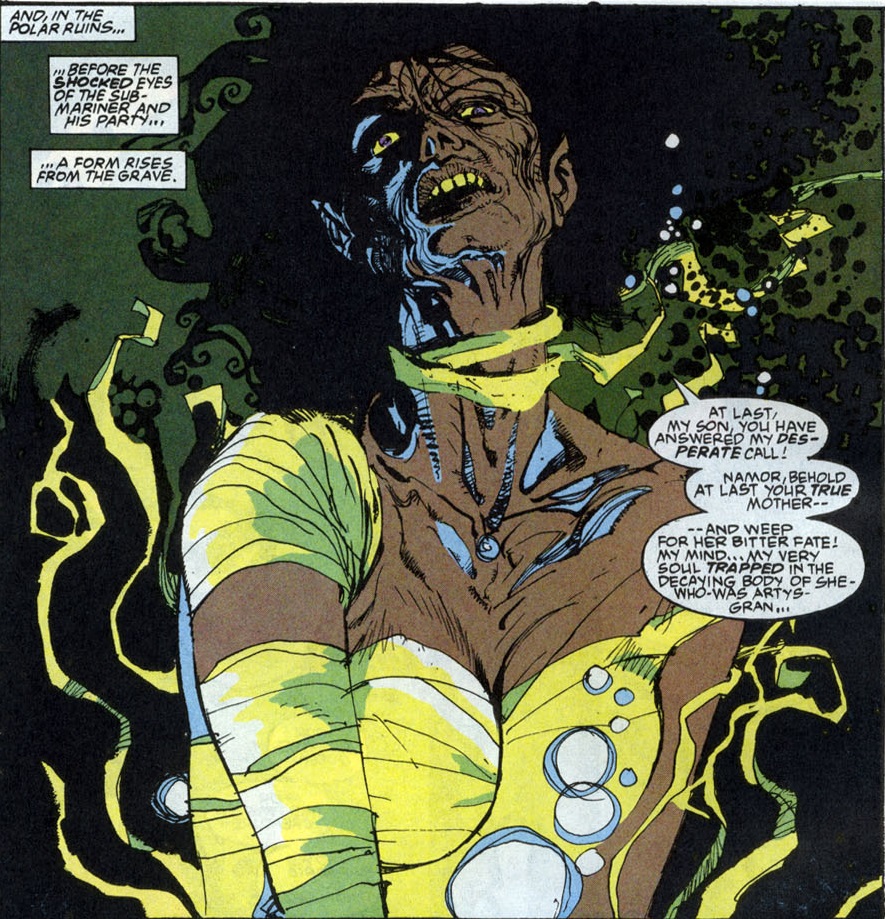 Namor is known as the first mutant in the Marvel comics. His abilities and powers make him a formidable enemy and his rules over the deep sea make him a useful Ally. If Namor is the king then here we have his superior, the mother of Namor and the true queen of his realm. Only known in the comics as princess fen this is the woman who is attributed with the birth of Namor. 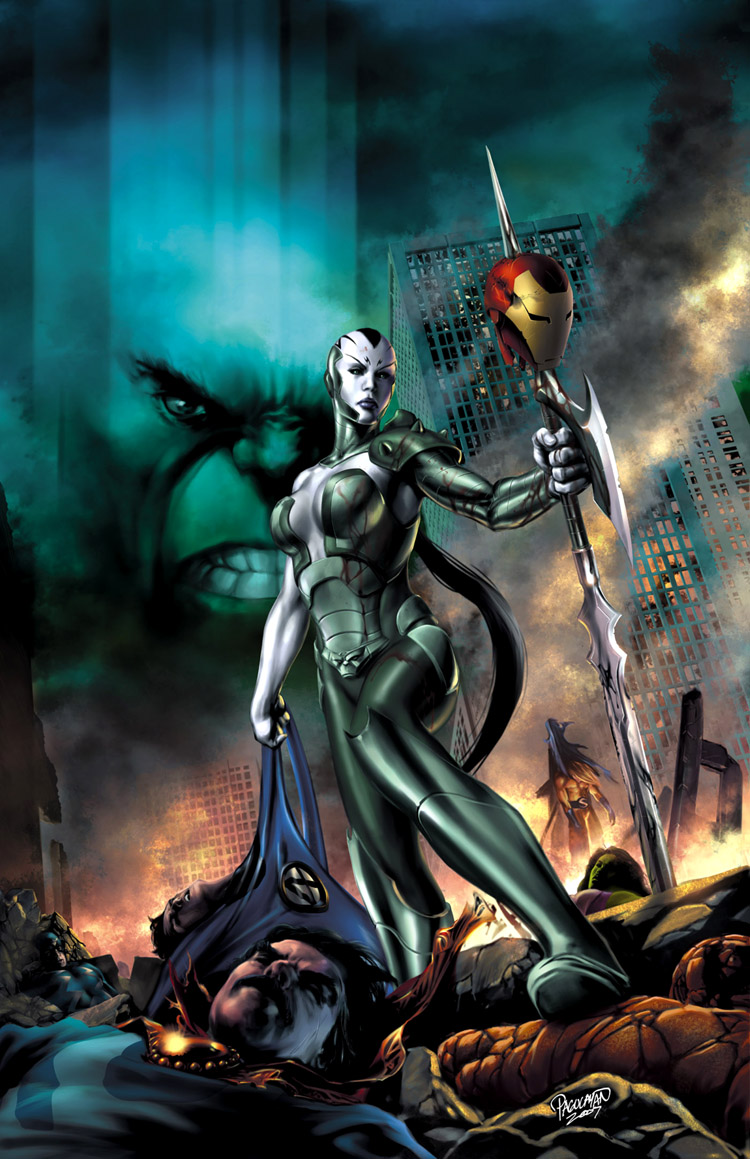 Everyone remembers Ragnarök, right? Now that was a beautiful movie, it captured everything about the hulk and the S’kaar world so well. Maybe that was the movie’s purpose since fans had long been expecting a world war hulk movie. Unlike in the comics the Hulk never actually took over S’kaar. However, when he did in the comics CAIera was the woman who stood beside him as the supreme leader of S’kaar before her world collapsed into the hyperdrive explosion that the incredible hulk brought to the planet. 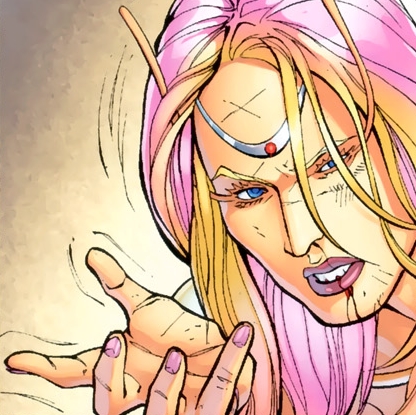 In the Greek mythology, Artemis was said to be the sister and twin of Apollo. The goddess was known for two things, her prowess in archery and her exceptional medical skills. Albeit the Gods are immortal, but even these eyeball beings need some care. Queen Artemis is a DC iteration of the goddess or probably just a namesake of the Greek deity. The character is a ruler of a magical world and she even met booster gold once. She is arguably one of the more fancier imaginations of the DC comics writers. 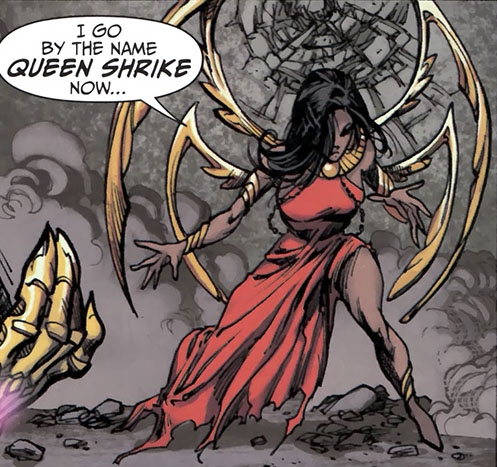 DC’s always had ambitious projects in the gamut of its commercial success. Consider them problem children. There was a point in history where DC used to have about 7 subsidiary comic brands under which they published the comics that they thought too ambitious for the main continuity. There was some dark stuff that came out of this arrangement. One such series was Hawkworld, a place full of malice and demons, Hawkwaorld was ruled by Queen shrike and first appeared in the 3 part mini-series published by DC between 1989 and 1993. 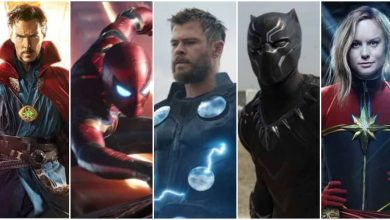