The Infinity Stones of Power, Space, Time, Reality, Soul and Mind are the most powerful weapons that a sentient being can attain to achieve godhood. If you possess all six, you become the embodiment of creation and can control all aspects of the universe. You can make wormholes, will people out of existence, bend reality in a way you could have never imagined and have absolute control over life and death. You transcend godhood once you obtain the Infinity Stones. That is the basic gist. But the real question that has always been puzzling the Marvel fans is – When did these little babies first show up in the Marvel Universe anyway?? Were they born of something primordial like the Big Bang or were they just there since the dawn of time? Did someone make them? Are they natural or manmade? It’s about time we answer that question.

When did the Infinity Stones first show up in Marvel Comics Universe?? 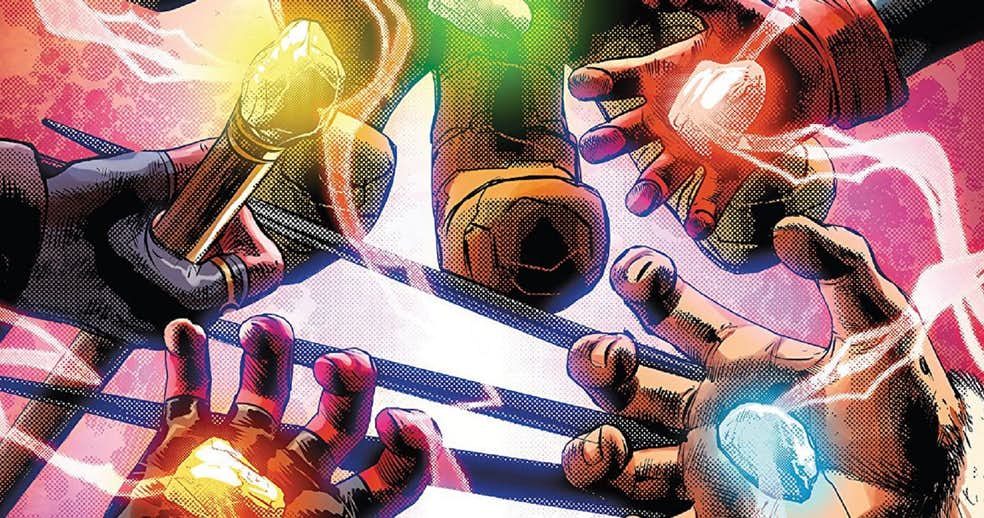 We have an answer to your question.

The Infinity Stones, as we said, are the most powerful weapons of creation and destruction in the Marvel universe. But there origin story is known by almost no one but the diehard fans of the cosmic artifacts. It was only after the news that the Infinity Stones were going to be the primary focus of Avengers: Infinity War and the larger Marvel Cinematic Universe spread that fans wanted to revisit this topic. Until then, no one cared. Now pretty much everyone does. Such is the power of marketing!! So? What about them? How did they come into being? While we are going to answer that question, do not expect that the creation of the Infinity Stones entailed something incredible and amazing. For artifacts that can make you God, their origin story is rather….boring. Brace yourselves.

The Infinity Stones first came into the Marvel Universe with quite the small bang. The journey of the Infinity Stones begins with a character designed by Jack Kirby and Stan Lee. The character designed by Lee and Kirby was only called Him and he even showed up in one of the Thor issues then. Roy Thomas then took Him and made him feature in one of the Fantastic Four issues in the fittingly titled Marvel feature. The only difference was Him had his name changed to Adam Warlock. He was on a mission given to him by the High Evolutionary to tackle the problems on Counter Earth. Gil Kane designed his costume. 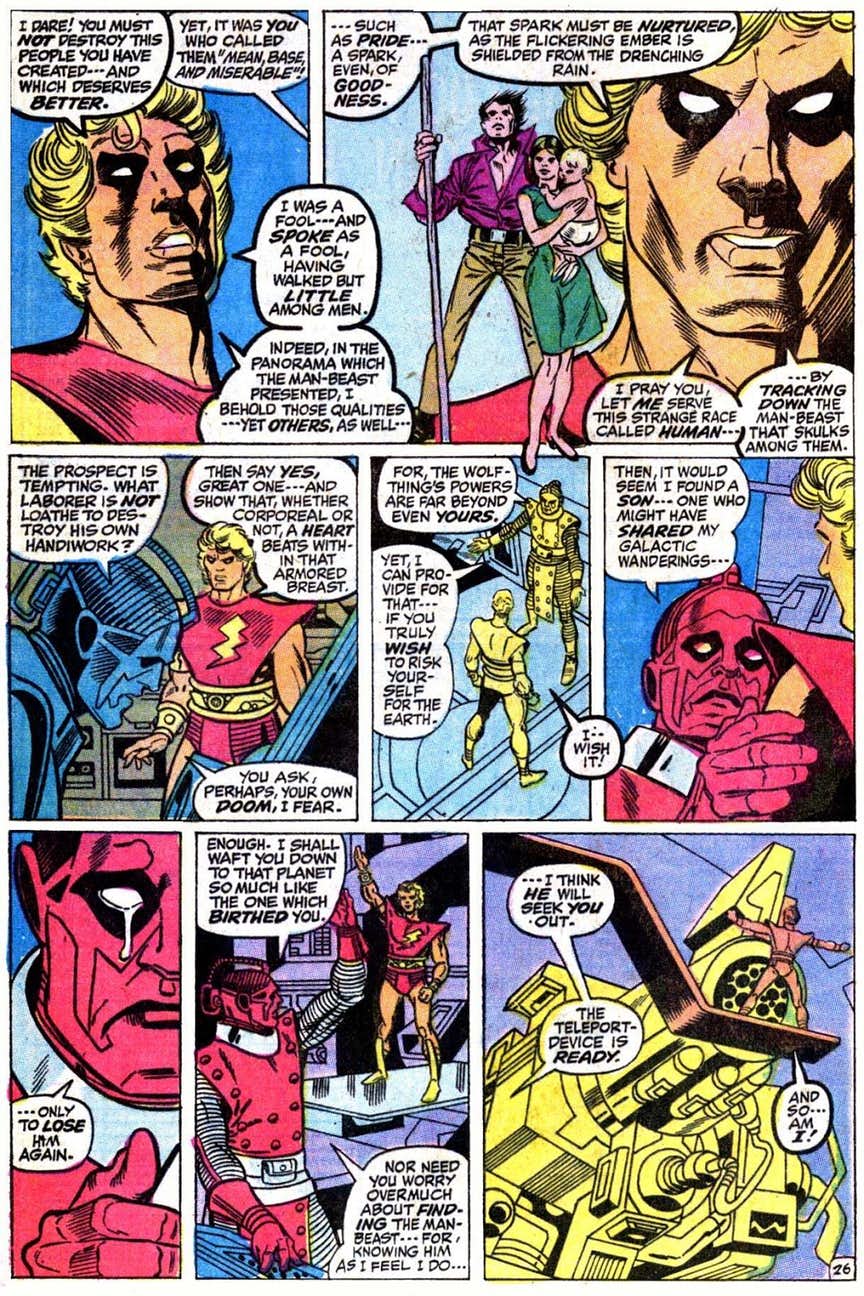 As Adam Warlock sets about on his journey to complete his objective, he is given a weapon by the High Evolutionary. A weapon that is powerful to level mountains but has no name…. 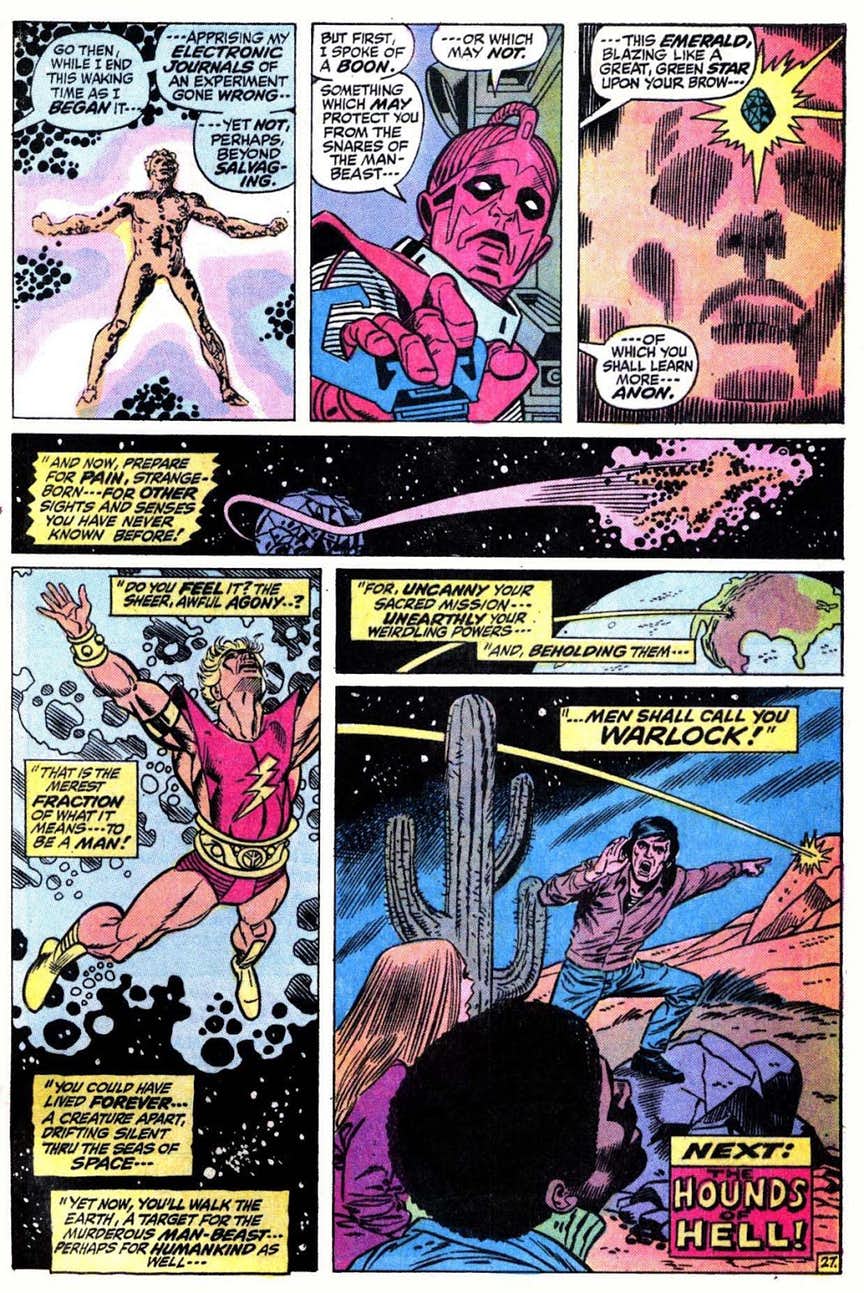 The Adam Warlock issues did well enough and were critically acclaimed. So, Mike Friedrich decided to create an Adam Warlock standalone series. Adam had in his possession the same nameless weapon. It was now called the Soul-Jewel.

It was only in the next issue that the word ‘jewel’ was replaced by the word ‘gem’. 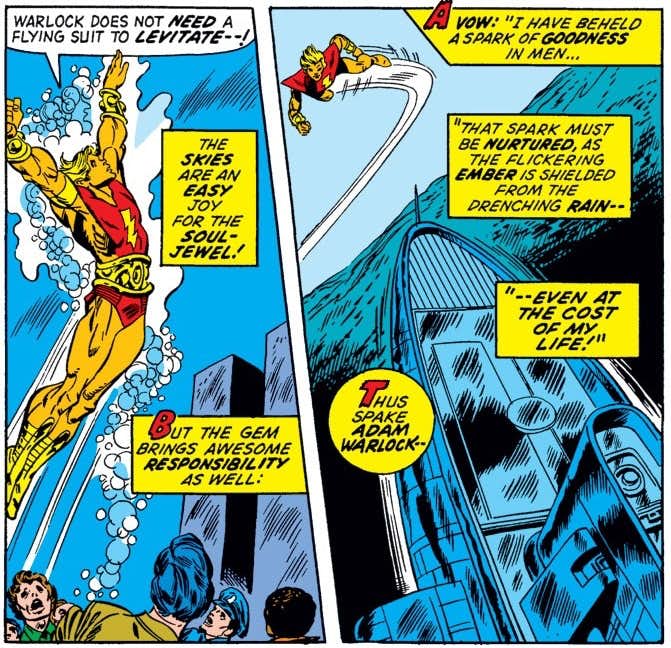 The series was not much of a success and faded into oblivion. After staying a few more years in limbo and obscurity, Adam Warlock resurfaced in Strange Tales #178. The particular issue is special because of the fact that it explains in detail Warlock’s past and the Soul Jewel, which was referred to as the Soul Gem for the first time then. 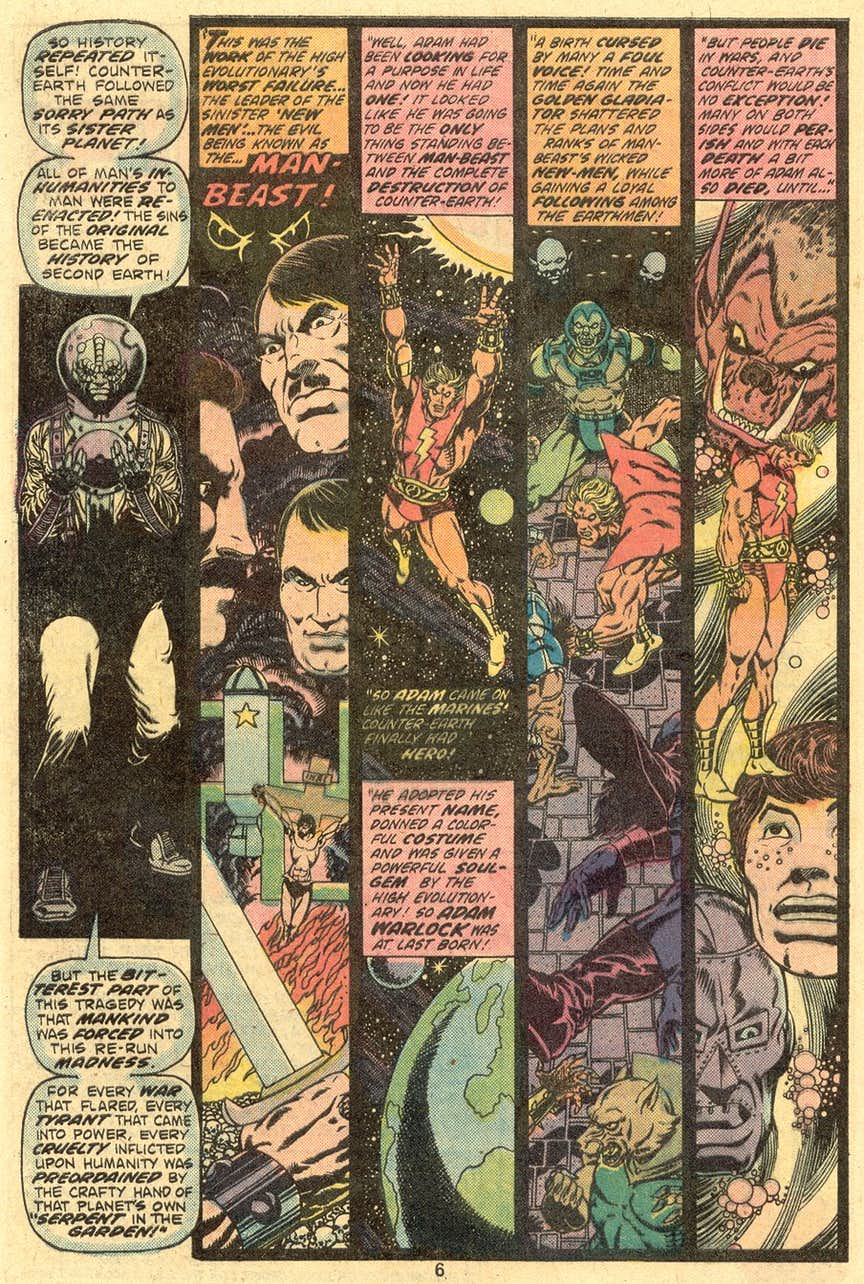 Jim Starlin was the creator of the aforementioned issue. It was in Starlin’s final issue for Warlock that it is revealed that the Soul Gem is one of six other such Gems. 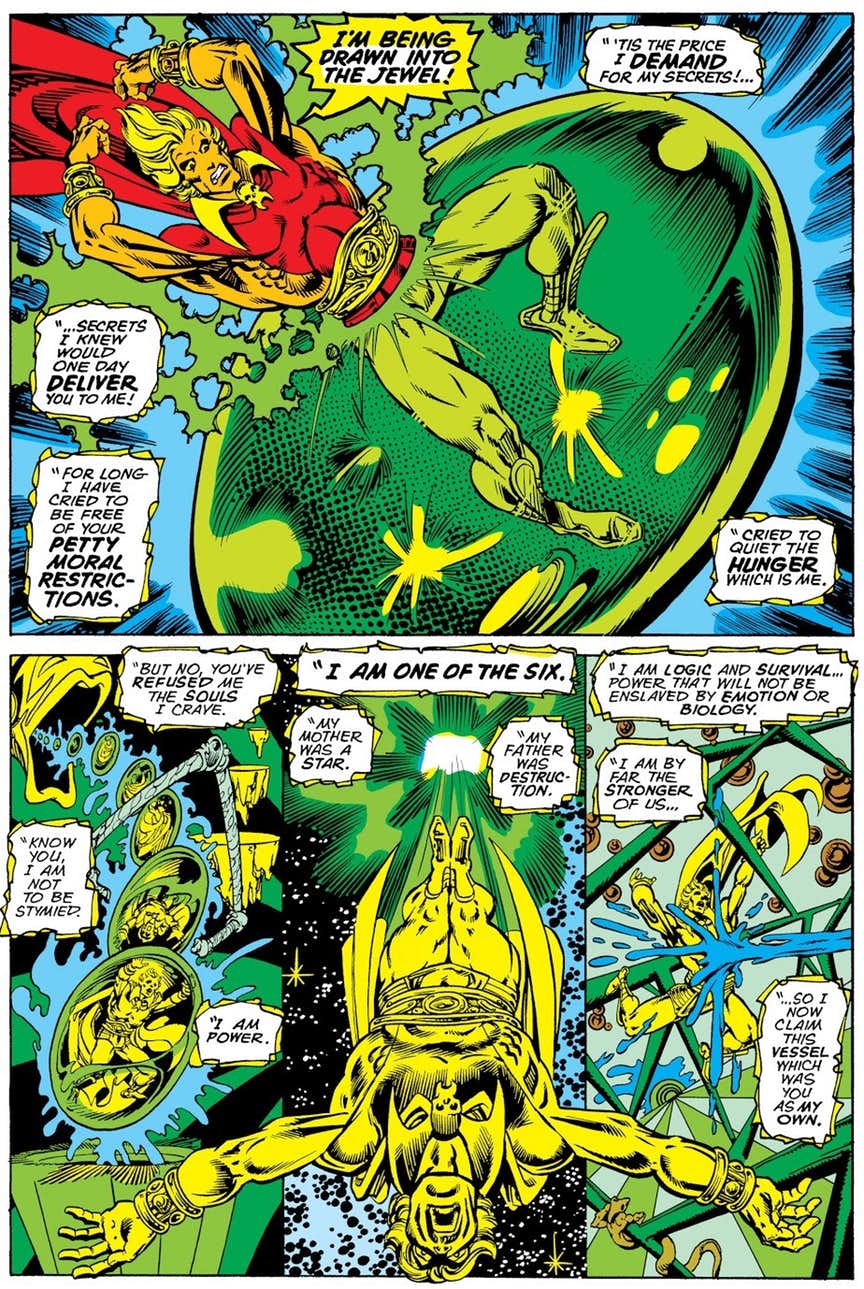 Thanos the Mad Titan got wind of the presence of the six soul gems and he tried to amass their combined powers for himself. The power hungry Eternal wanted to combine the six gems to power a singular, larger stone. In Avengers Annual #7/ Marvel Two in One Annual #2, the six soul gems are shown together. 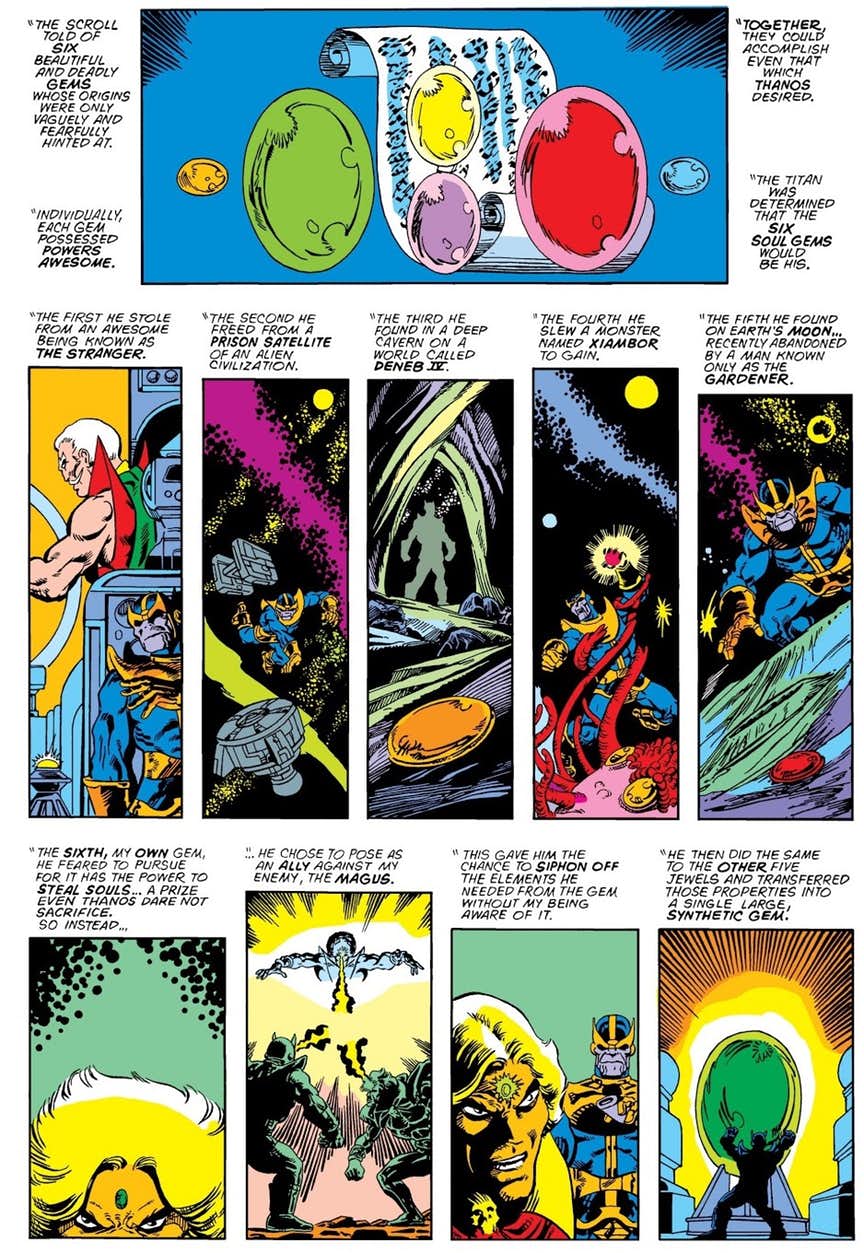 Thanos is later defeated and killed. But his quest for the six gems continues to intrigue readers even after he dies. So Starlin does what he does best. He brings back the long dead Thanos in the acclaimed story line Thanos Quest in 1989. The goal of Thanos in this story arc is collecting the six gems all over again. After collecting two of the six, he decides the word Soul gem should not be used to represent them all. That is when he comes up with the name ‘Infinity Gems’. 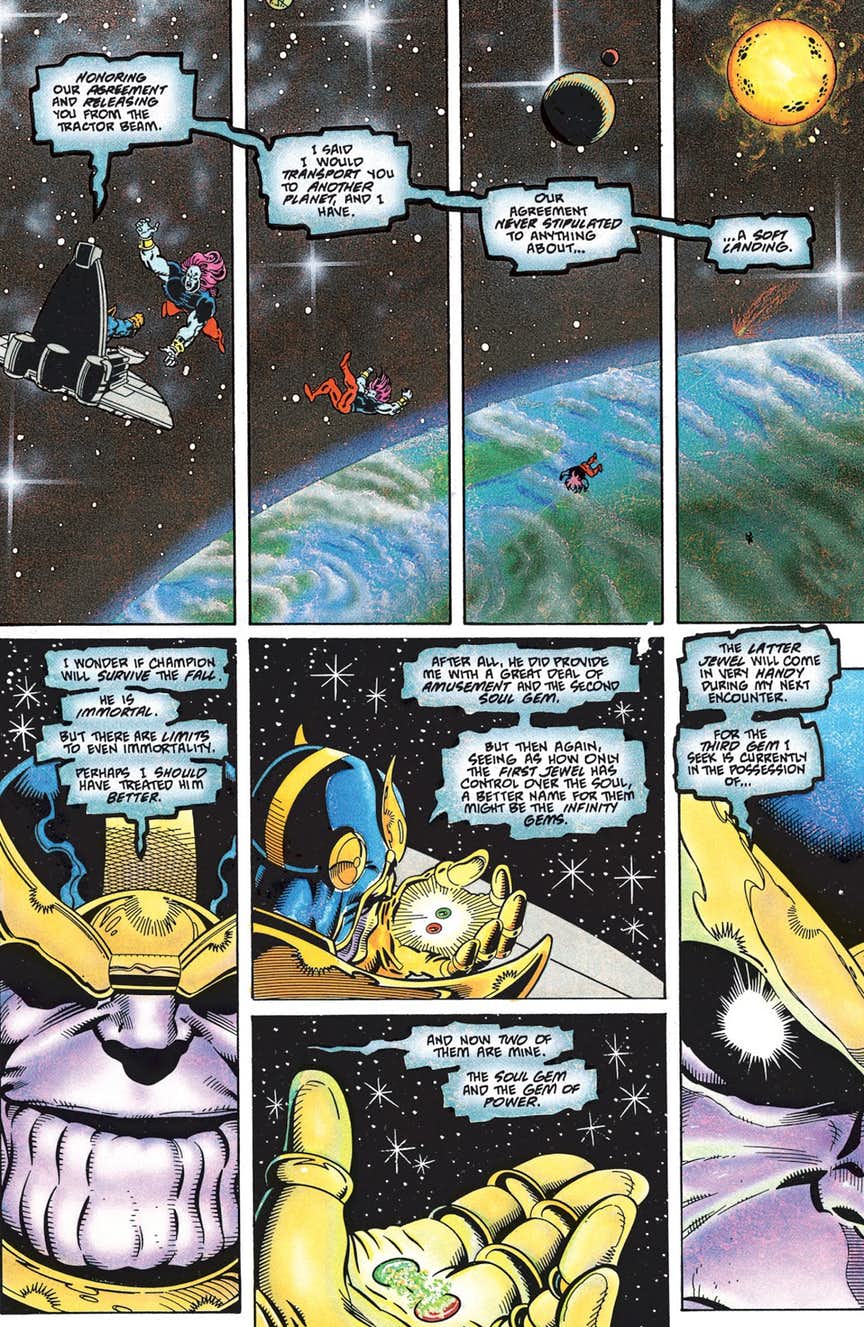 But they are not called the Infinity Gems but Infinity Stones in the MCU. That is actually a name that caught on with the movies first and the comics later. The word Gem was replaced with Stone in Marvel Comics All-New Guardians of the Galaxy #3 as mentioned by Gamora who says she spent quite some time inside the Soul Stone. 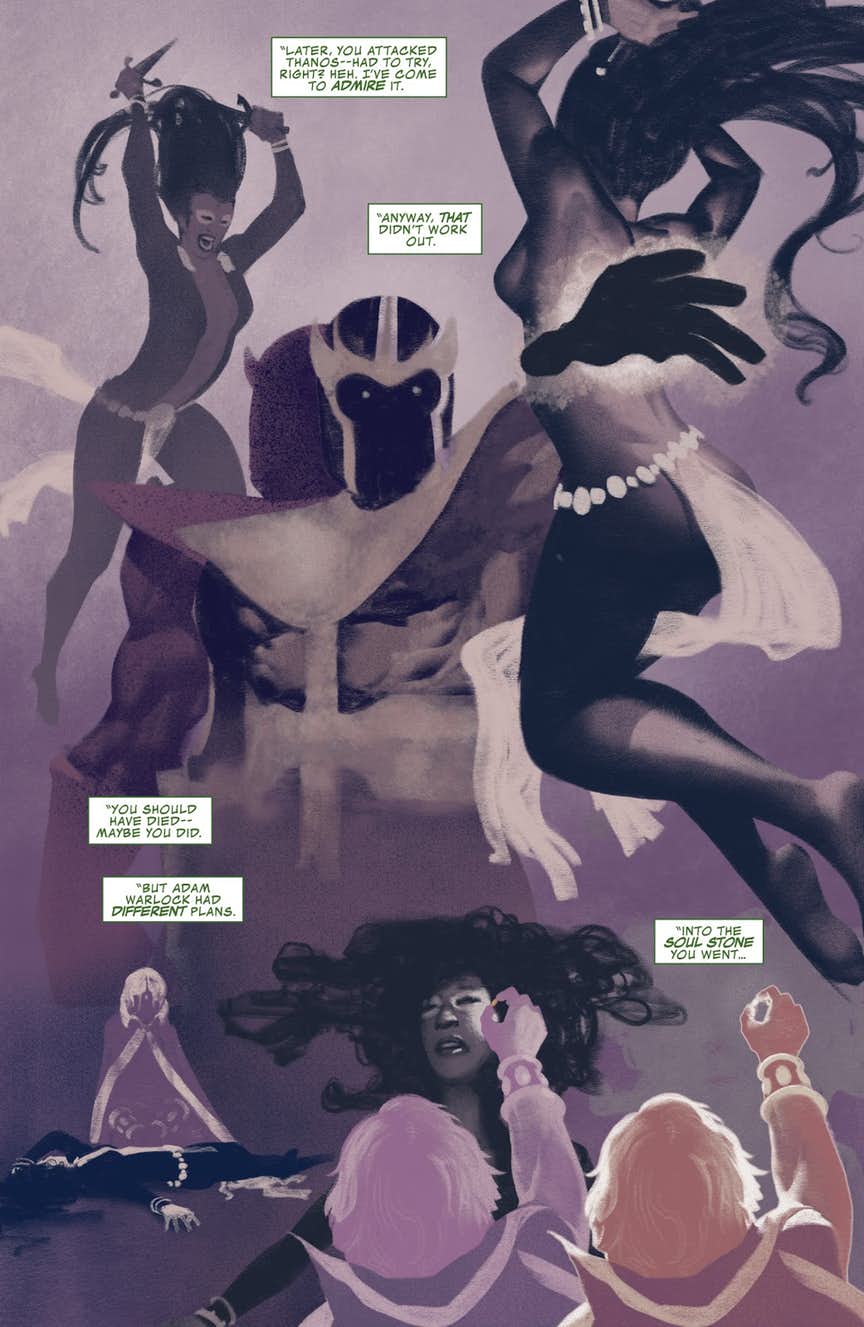 Marvel Legacy #1 was the one that gave us definitive proof that the Infinity Gems are now known as Infinity Stones. 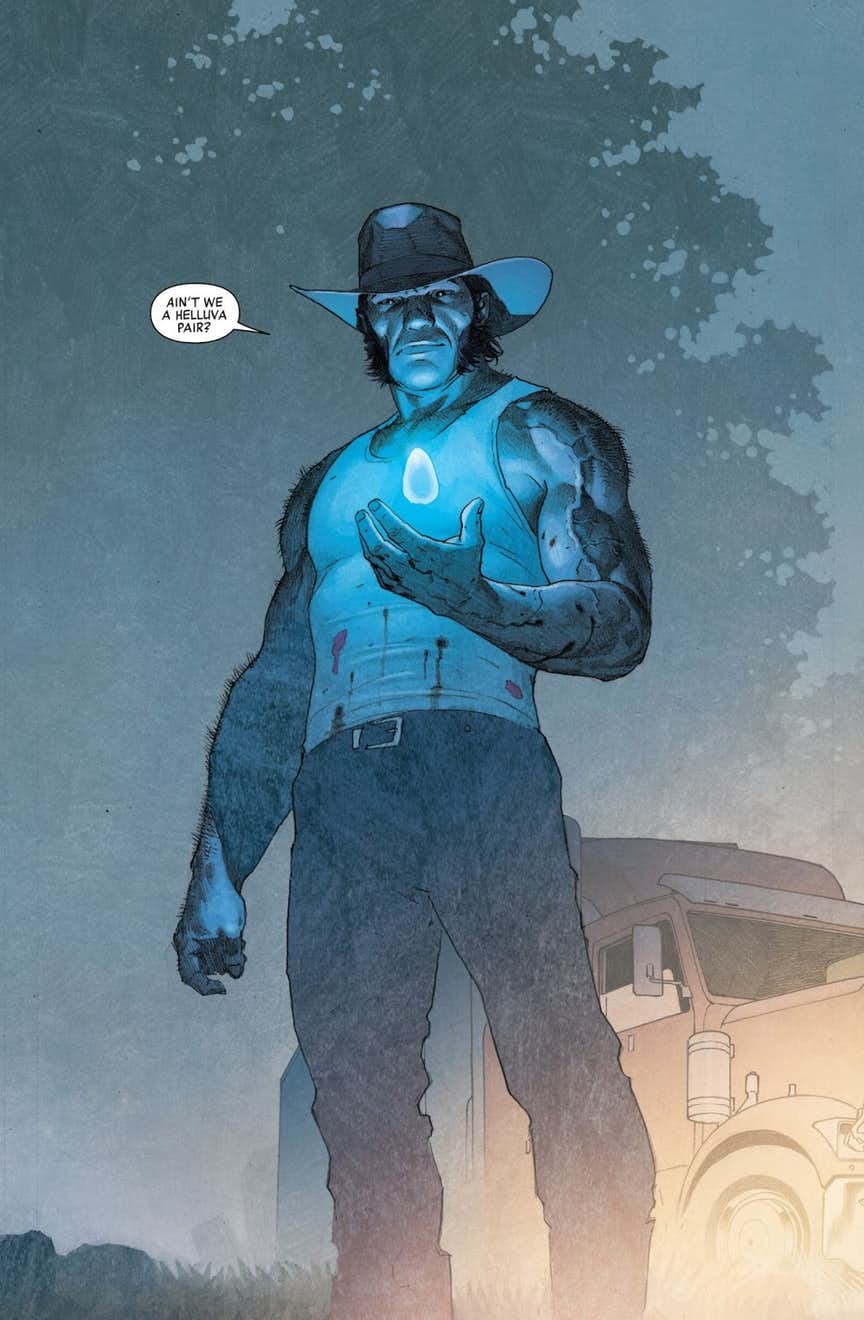 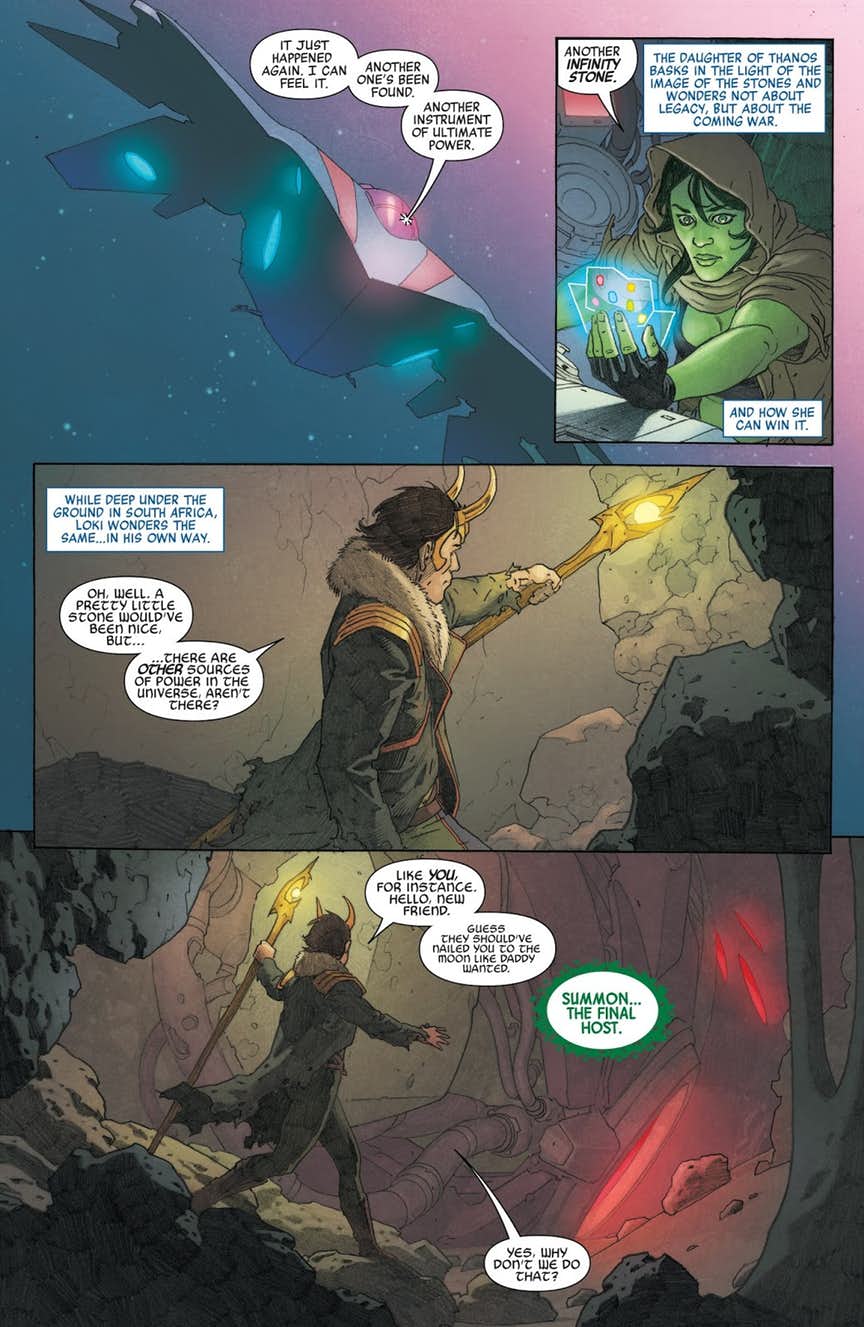 So that is how the name Infinity Stone came into being. What are your thoughts about this?? 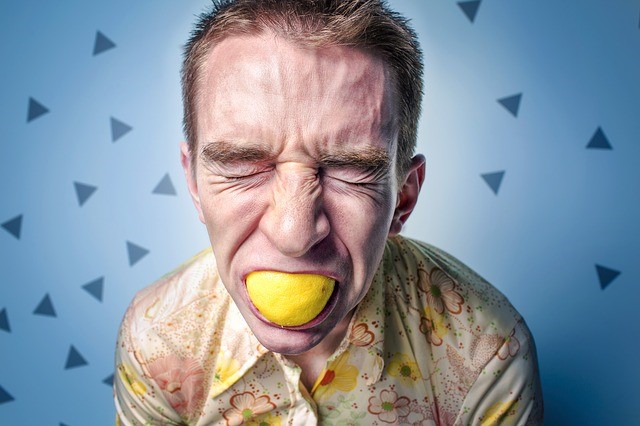 5 Things You Should Never Eat or Drink