Finally, Marvel heard fans’ demand for Infinity War trailer and released it online yesterday. And the internet has gone crazy over it. The Avengers Infinity War is the most awaited superhero ensemble movie of the year 2018. Fans are ready to eat the tiniest of hints leading to the grand event called Infinity War.

The trailer was breathtaking, action-packed and emotionally powerful all rolled into one. Avengers Infinity War could even become the highest grossing movie ever given the massive reception it has received from Marvel fan community and comic-book lovers in general. 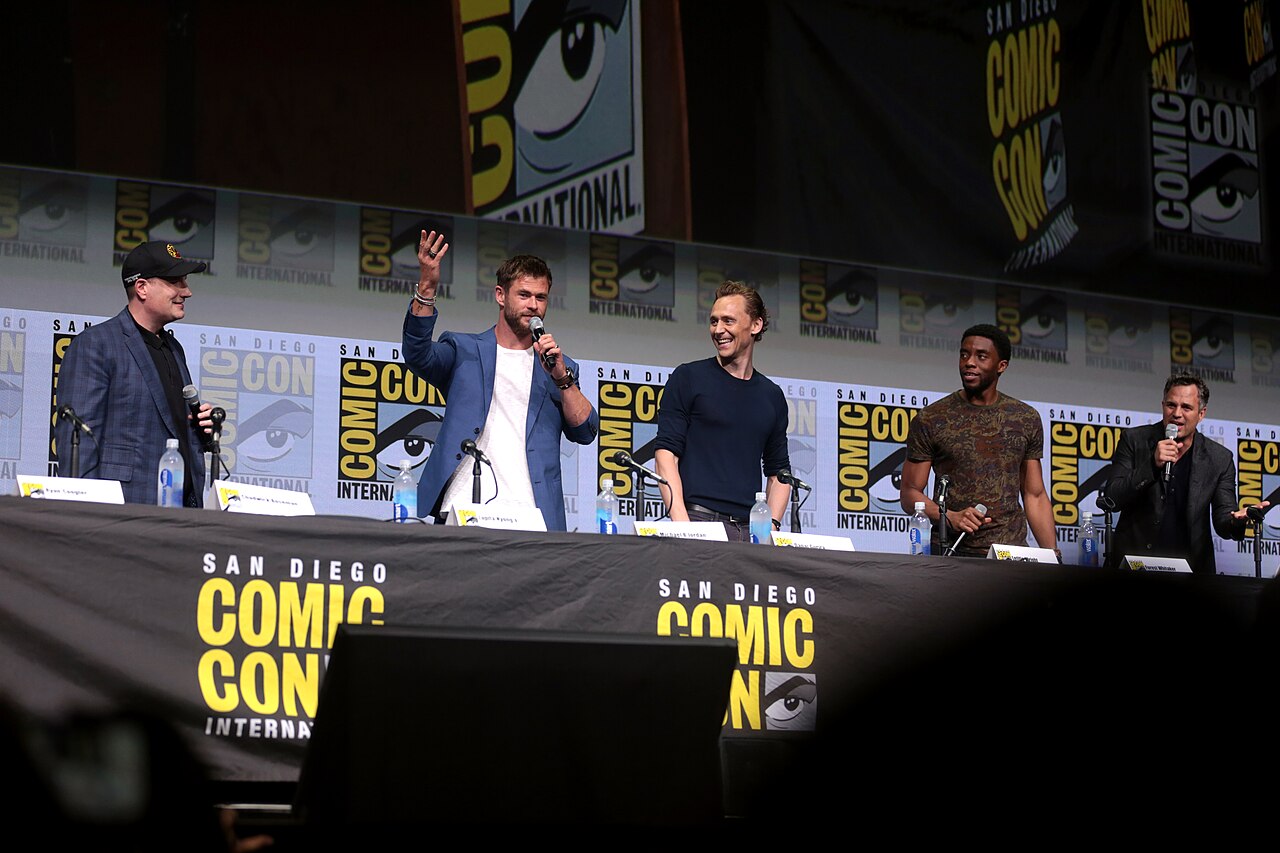 Earlier, a particular footage was played in both SDCC 2017 and Disney’s D-23 Expo over summer and later it got leaked online but it was of really poor quality. There were many scenes that thrilled the fans but were missing from the trailer. Here’s a list of those moments:

Thor’s Encounter With The Guardians 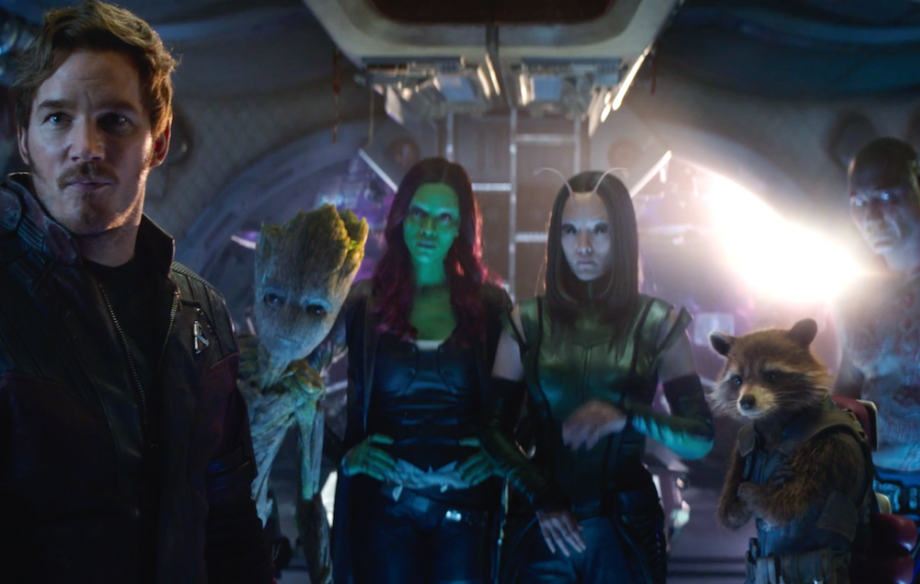 At the end of the trailer, a confused Thor finds himself in a mysterious spaceship whose passengers were staring at him He instantly asks, “Who the hell are you guys?” and the trailer ends with Mantis waving her hand and the rest of the Guardians smiling at him. In the SDCC footage, the sequence was played from Guardians perspective and as Thor lands on their spaceship, beaten and unconscious and Rocket tries to scrape him off. The footage also showed Thor with both the eyes, instead of just one and the other covered with an eye-patch as it was no doubt made to keep the audience away from the big Thor: Ragnarok spoiler.

At the end of Thor: Ragnarok, we saw all the Asgardians who survived along with the Revengers, aboard the ship of Grandmaster that the revolutionaries stole from Sakaar. In the mid-credits scene, we see Thanos’ ship, the Sanctuary show up. After that Thor is presumably going to be taken apart by Thanos and he will encounter with the Guardians. The SDCC footage showed that ship crashing towards Earth.

The Collector’s Vault and Gamora 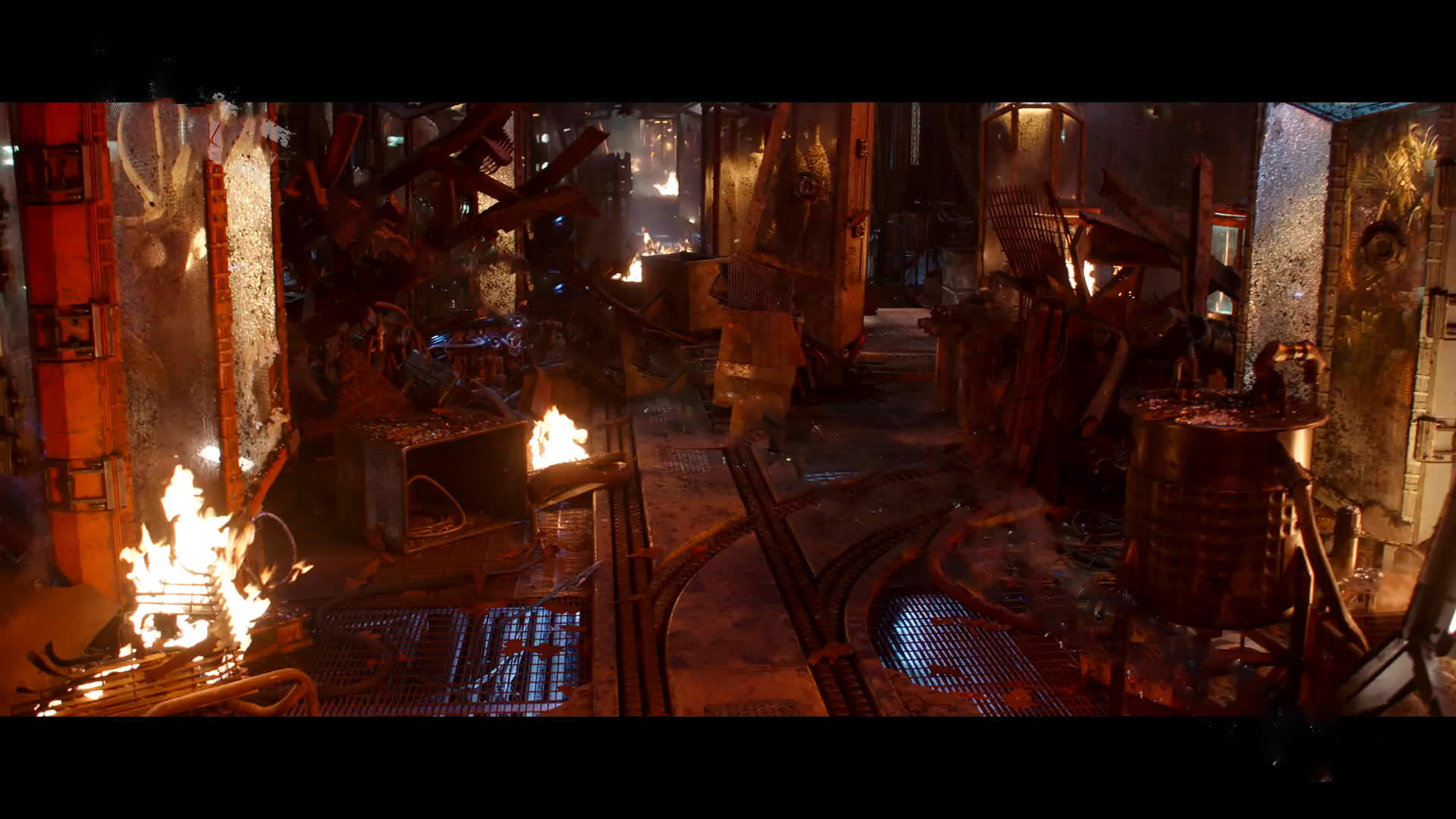 We saw the Collector’s layer in Thor 2 and Guardians of the Galaxy. In the SDCC footage, Gamora was standing in the vault where the Aether was stored and we see her really scared and worried looking at someone. The entire layer was demolished, and the scene may be about Thanos hitting the vault for the reality gem, and Gamora might be worried after realizing that she is in for a family reunion with her father, Thanos.

One thing that we noticed in the officially released trailer and the SDCC trailer was that a lot of the fight was going on a whole new planet. In the leaked SDCC trailer we got to see wide shots of that planet with a lot of destruction that may have been caused due to a battle there, and the similar round spinning ship that we saw at the beginning of the official trailer landed on this planet.

One of the more tempting scenes in the Infinity War SDCC footage was Tony Stark / Iron Man and Peter Parker/Spider-man hanging out on what looks like a different planet talked above, with members of the Guardians of the Galaxy. The Guardians that we see in that scene were Star-Lord, Drax, and Mantis standing along with Iron-Man and Spider-Man unmasked. They all possible look towards Thanos arriving this may be the first scene where the heroes encounter with Thanos for the first time. 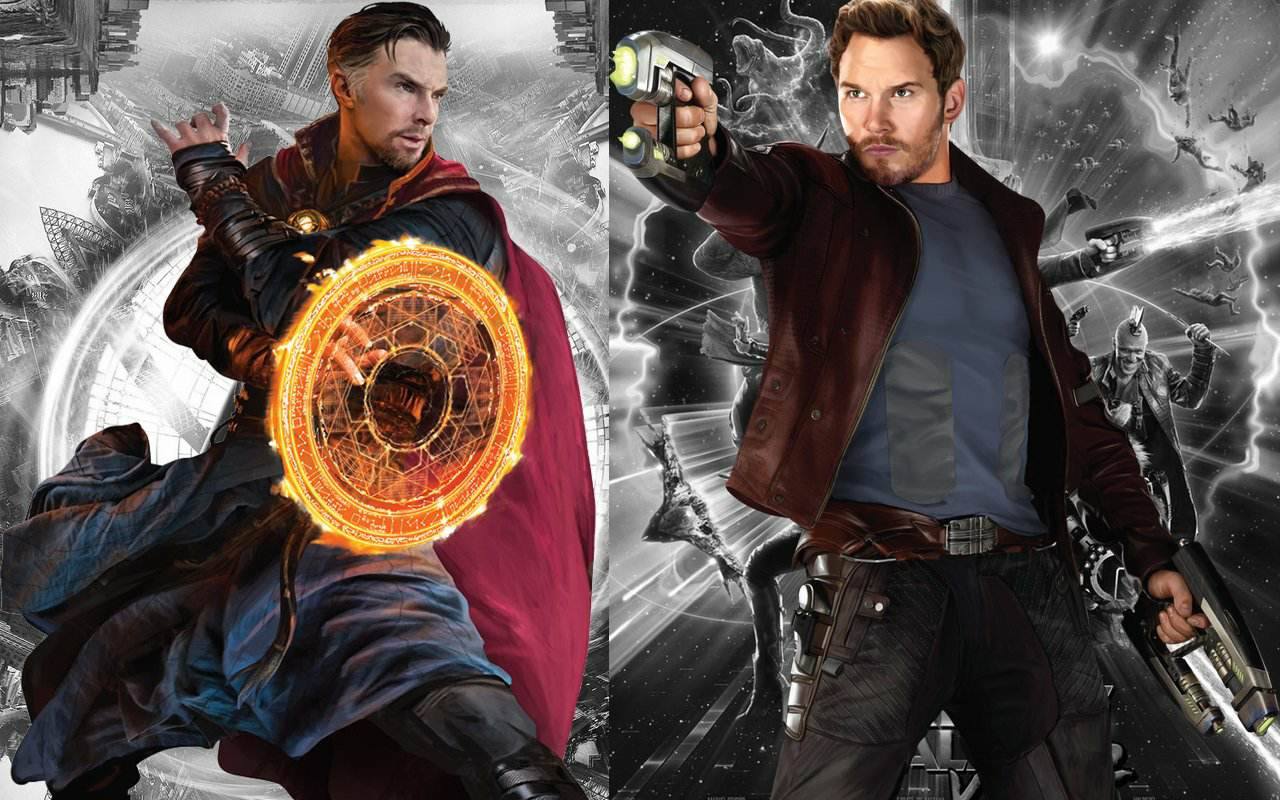 The directors of the movie had already announced that we are going to see unique Superhero Team-ups in the movie during various fights and one of them was featured in the footage, i.e. Doctor Strange and Star-Lord involved in a fight scene against Thanos. This was a really cool crossover moment in the Infinity War SDCC footage was seeing Chris Pratt’s Star-Lord launching a coordinated attack against Thanos with help from Doctor Strange’s magic on that other planet. So, it is safe to assume that Doc Strange is with the Guardians and Iron-Man and Spiderman on that planet.

Beating of the God of Thunder 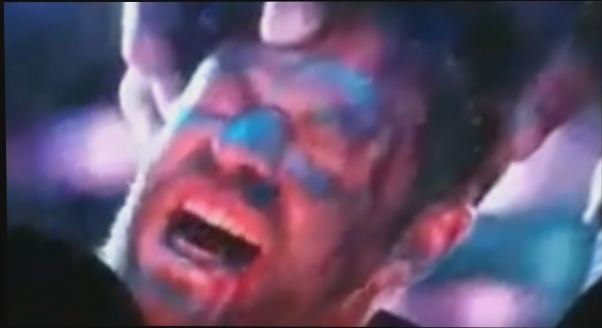 As talked above, we see Thor getting smashed and landing on the Milano right in the beginning of the SDCC trailer and he was not in a great condition. Later in the footage, we see Thanos holding Thor’s head with just one hand and trying to squish it and burst it open like a balloon and the God of Thunder was in agonizing pain screaming! That’s how powerful Thanos is even without any Infinity Stones as he will beat up a fully powered Thor like he’s nothing. 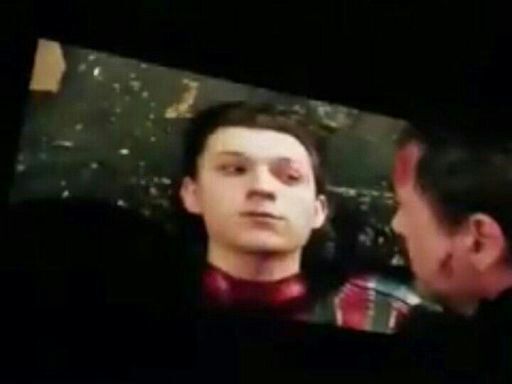 In the official trailer, we saw Peter Parker shine in his new Iron Spider suit and later we saw him getting pounded to the ground by Thanos himself. A little scene in the SDCC footage was probably an addition to this where we see Peter Parker tearfully apologizing to Tony Stark, and he’s not looking so hot because of the recent smashing he got from the Mad Titan. 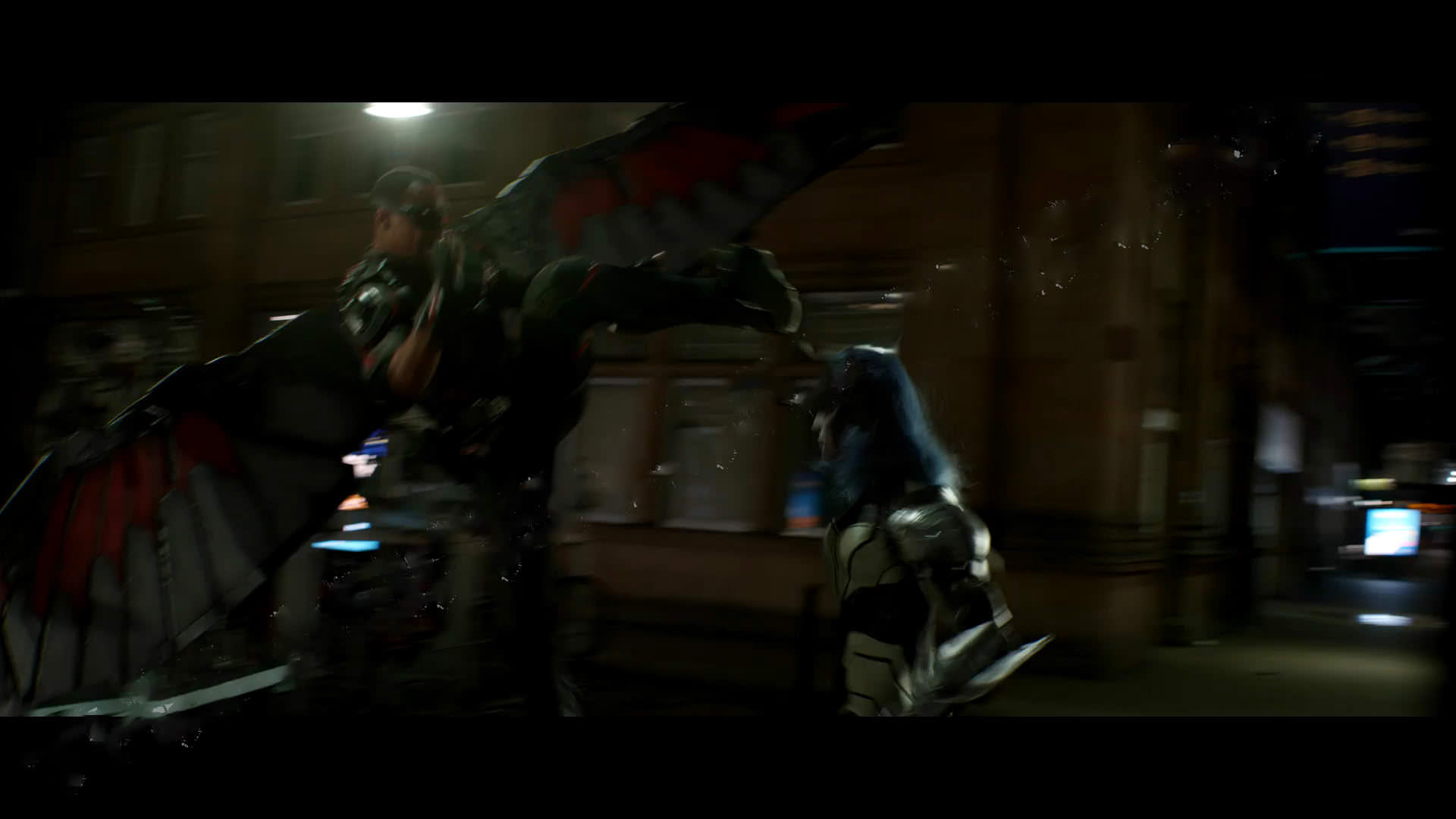 The trailer that Marvel released for us was missing a handful of notable character shots that were seen in the SDCC trailer, including a brief glimpse at Nebula in action, Scarlett Witch being attacked, Falcon fighting Proxima Midnight, Star-Lord landing on the ground after a beating as well as an odd shot of Vision behind bars, seemingly in captivity of some kind. Perhaps it’s more of a protective custody situation where he is being protected as we saw him being attacked in the official trailer. 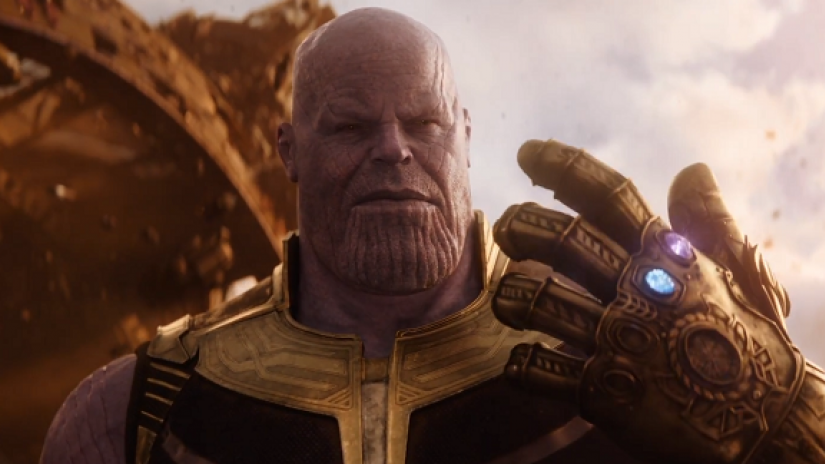 We saw Thanos already having the Power and Space gems studded on his Infinity Gauntlet as he surely got hold of Tesseract and the Orb. The next scene we saw him take down Iron Man with just one strike. But, the SDCC footage actually ended with an epic shot where the Mad Titan starts to go berserk and using the 2 gems, he crushes and attacks the Avengers with a freaking celestial body.

Don’t Miss: Why Did Thanos Abandon The Helmet In Avengers: Infinity War Trailer?