Created by Stan Lee and Jack Kirby, Magneto made his first appearance in The X-Men #1 in 1963. The man with the incredible powers is one of the strongest mutants in the comic book world. Considered as the  Omega Level Mutant, he can be perilous to the whole planet. He possesses Magnetokinesis, organic iron manipulation, astral projection and telepathic resistance. However, all these powers purely depend on his physical conditions. From individual storylines to crossovers, He has beaten the shit of other major X-Men members. Here we bring you ten instances where he won against other Marvel characters. 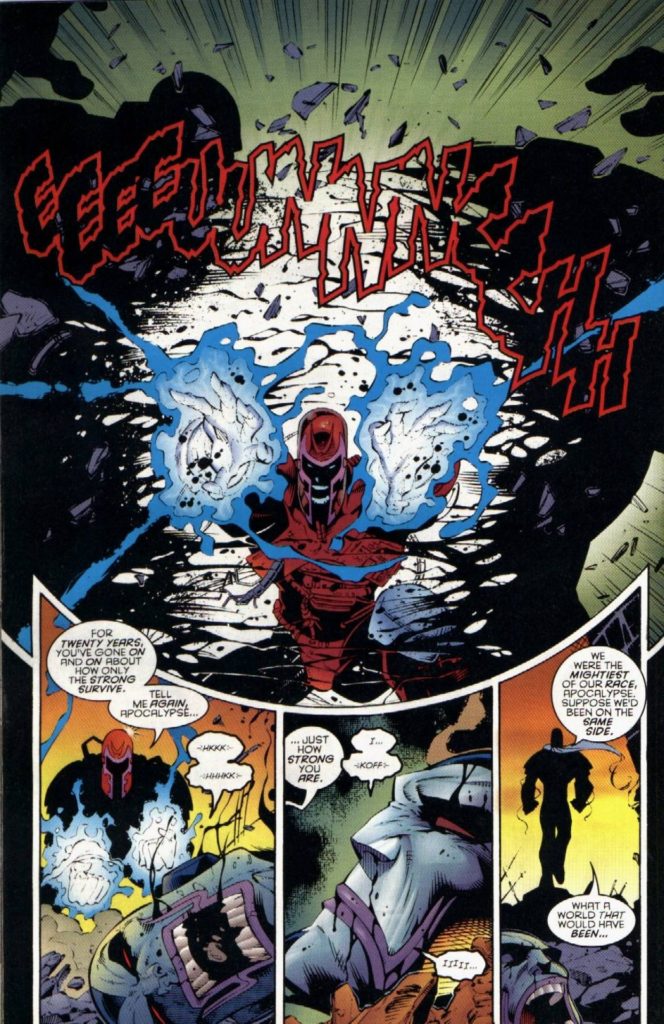 There was a time when Professor Charles Xavier dies and Apocalypse takes on the whole world. In X-Men: Omega, a human war starts where the whole planet is about to turn into a debris, that’s when Magneto and Apocalypse face-off each other. And at the end, He uses his magnetic superpowers and rip the Apocalypse apart.

Wolverine’s Adamantium ripped out of his body 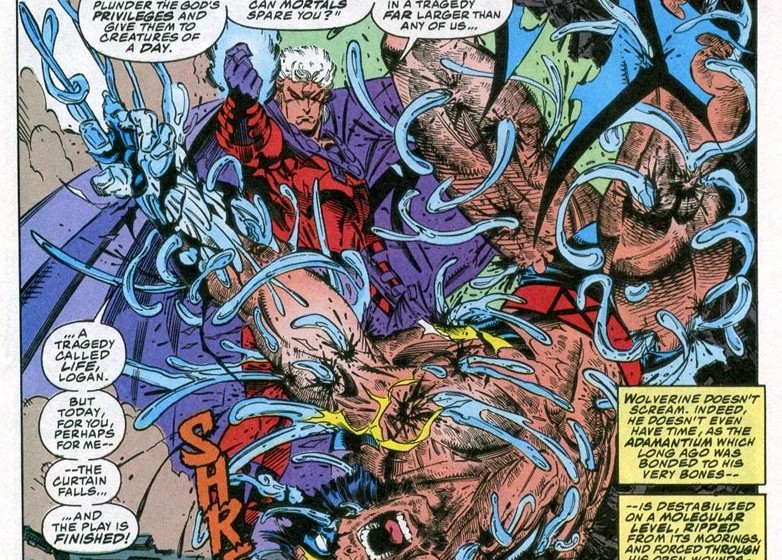 The instance features in X-Men v1 #25, where Magento uses his powers to take over the whole globe disrupting and bringing the whole world into darkness. With all of that, things begin to debilitate with planes falling down from the sky and other disasters. Now Professor Xavier decided to stop his insanity by leading the whole X-Men team against him in Avalon(Magneto’s place of mutants). At the end of the battle, Wolverine faces off Magneto, where Magneto rips the Adamantium out of his body. 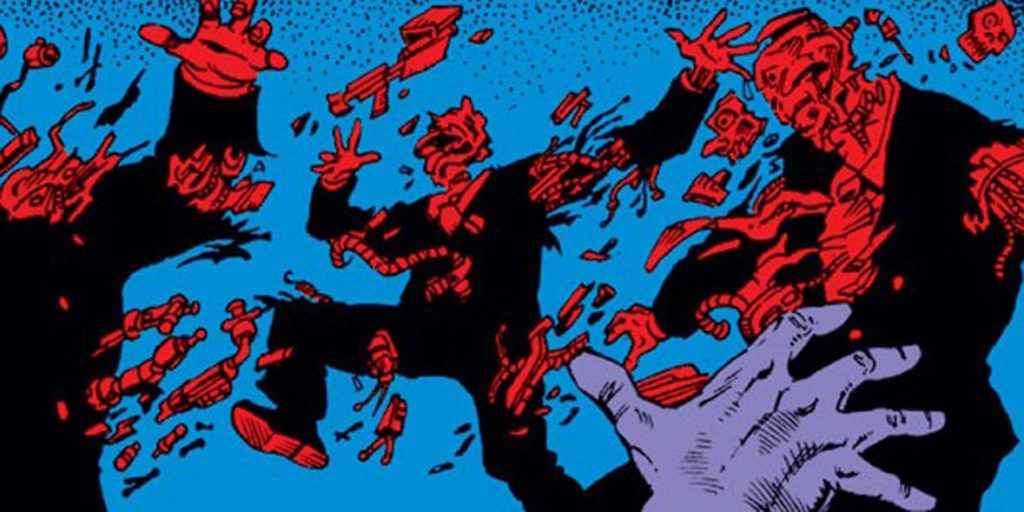 Magneto makes sure that mutants don’t suffer from any wicked ruler, and that’s why he hates Nazis, which brings back his old memories. So writers decided to give Red Skull a piece Magneto in Captain America v1 #367, where Red Skull keeps several weapons like robots, guns, and lethal Doppelgangers. There comes the instance where he easily wipes off all the weapons when Red Skull throws all of them towards him. He was thrown into a void without food and shelter.

In Ultimates 3 #5, The Avengers takes on the enraged him who just was getting out of control and turning into a threat to others. Meanwhile, only Thor was fast enough among the other member to stop him. During the face-off, Magneto literally wields Mjolnir( Thor’s hammer) from Thor’s hand. 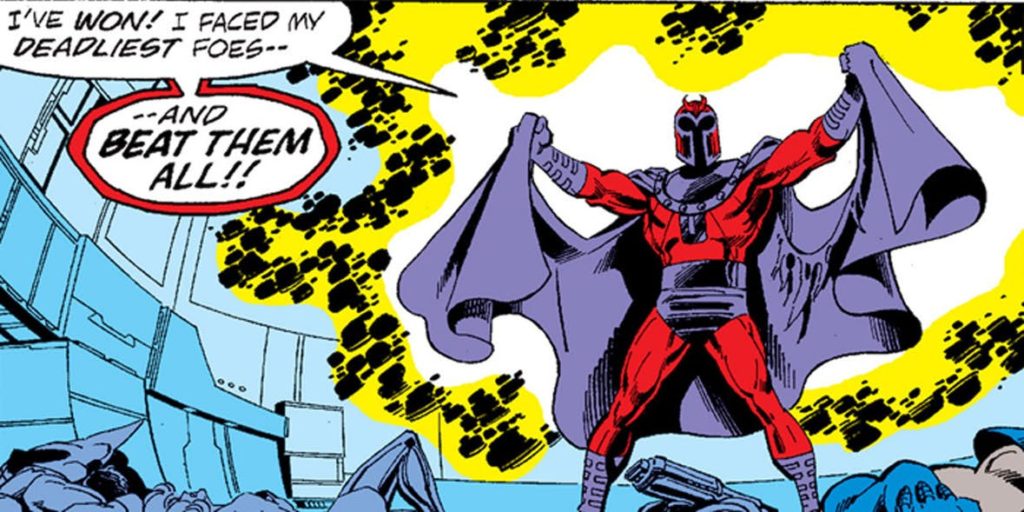 This was one of the use turnarounds in the history of X-Men, where X-Men face-off Magneto telling them how he came across Mesmero. During the fight, with the help of Mesmer’s ability, Magneto beats the whole X-Men when it tries to take on the mighty Magneto. This all happens in Uncanny X-Men v1 #112.

Magneto’s assault on his son Quicksilver:

If there is one person you don’t want as your dad other than Thanos is Magneto. In X-Men: Apocalypse, Quicksilver couldn’t gather the courage to even tell him that he is his son while in comics, he endures pain and rejection from his father. In House of M storyline, Quicksilver manipulated Scarlett Witch into creating the world where mutants are in majority and humans in minority and it is ruled by Magneto. When Magneto comes to know that Quicksilver is behind this, he destroys him beneath the body of a Sentinel.

They share a very complicated relationship, sometimes they are best friends and then they are worst enemies. In Ultimatum storyline, Wolverine died and as a result, Magneto goes to tell Charles that he plans to destroy the world as we know it. When Charles tries to change his mind, he snaps his neck. He was an innocent man who was forcibly turned into a cyborg whose job is to seek out mutants and kill them. When Magnet comes to know about him, he didn’t let him escape and murdered him in cold blood.

In House of M storyline, Winter soldier was sent to kill Magneto after he murdered Captain America, but he was nobody in front of Erik and was mercilessly killed rather quickly.

Sebastian Shaw or Black King of the Hellfire club was one tough son of a bitch. He tortured Erick in his childhood at the concentration camps. When he couldn’t move a coin on the table, he killed his mother. Well, later He drove the same coin into Shaw’s head and killed him instantly.

Don’t Miss: Here’s The Superhero With Most Powerful Telekinetic Powers 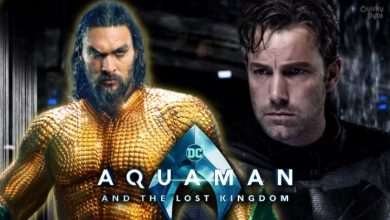 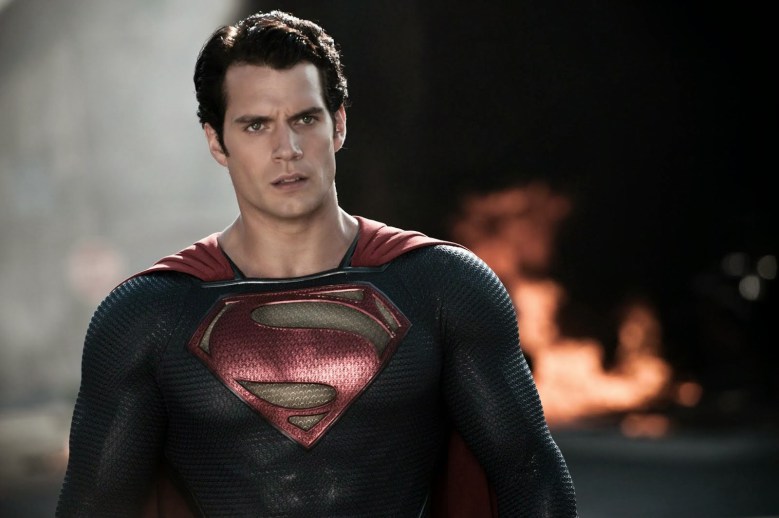 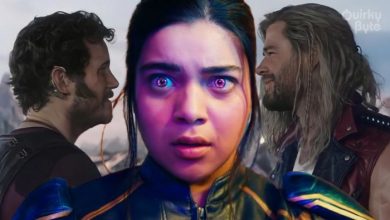 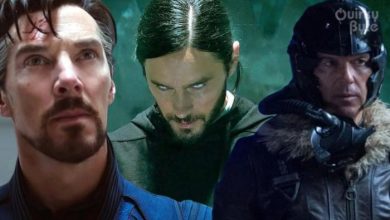