It’s official now folks – the Batman has proposed to his long-term on and off love interest, DC Universe’s cat burglar, Catwoman. But naah, this isn’t all that is in for surprise, a new chapter of inquisitiveness begins here for the fans; not only do they not know if Catwoman will say yes to the Dark Knight’s offer for marriage, but before she can even respond to his proposal, the caped crusader will further bare his soul to Selina Kyle. 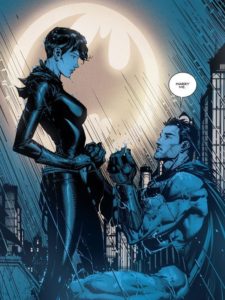 “It’s like, ‘You think you know me, but you don’t know me until this,’ ” USA Today was told by King. “The actual answer [to the proposal] will come after he reveals something he’s never revealed to anyone, and she has to decide whether that’s good or bad.”

Obviously, King did not give out the specificities, and fans will have to stay curious for a while before Wayne’s secret is revealed, also that whether Kyle accepts Bruce’s proposal upon learning it.

Now, what the next question is, that if the secret to being told to Catwoman would be a new revelation for her as well as the readers. There’s a lot of stuff that Selina doesn’t know about Bruce, mainly about his life before he donned the black cape. And while it sure is highly likely that King is set to disclose another previously unknown piece of his past, there are good odds that the fans are soon going to learn what happens when Bruce either recounts the story of how he recently met his father via the inter-dimensional Watchmen-fueled “The Button” storyline, or of his attempt as a young child to commit suicide.

It was about a year ago when King and artist Mikel Janin gave the fans that story for the first time in Batman‘s “I Am Suicide” arc, a storyline that had Bruce releasing Selina from the prison term that she was serving for allegedly killing 237 people (of which she was later acquitted) and starting with the present stage of their relationship. Batman #12 gave the fans that at the age of ten, Bruce attempted to cut his wrists with his father’s razor blade. He defined this as his act of surrender, a post which “my life was no longer my life,” and it was at that instant when he took his oath to fight crime — in other words, that moment was the true birth of the Batman. 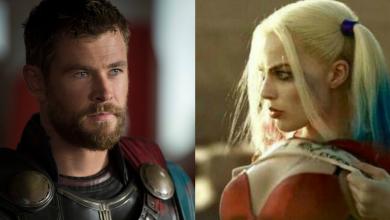 10 Superhero Characters That We All Want To Bang 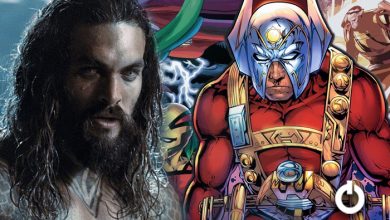