Aquaman is a classic DC Superhero who is also the founding member of Justice League. He is the King of Atlantis who possess telepathic powers. He has the ability to command all sea life and has mighty strength and speed. He can survive on land and in the depths of oceans with extreme temperatures. In DC Cinematic universe, the character of Aquaman is played by Jason Mamoa (KhalDrogo, Game of Thrones). He was briefly introduced in Batman v Superman but is going to make an official debut in Justice League movie directed by Zack Snyder.

In DC Extended Universe, there is a standalone Aquaman movie in the pipeline to be directed by horror master James Wan (Conjuring series). In fact, he said that Aquaman is the “Wolverine of the Justice League” who should be taken seriously. He dropped a hint that we may see merman speech. The tone of the movie will be a swash-buckling action film drawing inspiration from Raiders of the Lost Ark and Pirates of the Caribbean series. 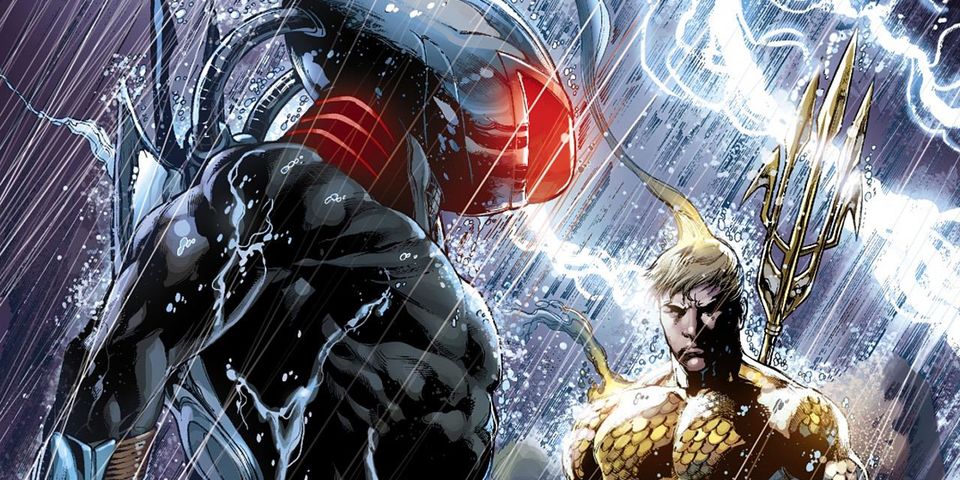 Recently, it was revealed that the big villain in Aquaman movie will be Black Manta. He first appeared in Aquaman #35 in 1967, he was a treasure hunter whose mission was to collect a sample of Aquaman’s blood. In the process, a bloody battle ensued which led to the death of Aquaman’s father. He hunted down Black Manta who developed a special suit to fight in the sea, but Aquaman accidently killed Black Manta’s father. Since then they have been arch enemies of each other.

Jason Mamoa is visibly excited about his role, he had a conversation with Digital Trends where he revealed that the great city of Atlanta will be vividly explored in the movie. He said:

“I read the script and let me just put it this way, I’ve never seen a movie that’s anything like this. It’s going to be the world that you’ve never seen before, which is really cool. We went to space, we traveled all over different worlds, but we never went underwater. So it’s just a really cool spin on what’s below and it uses a lot of great movies that I already love — whether that be Raiders of the Lost Ark to Star Wars to Lord of the Rings to Romancing the Stone. It has a lot of really cool adventure, it’s funny and heroic, and there’s a lot of different characters and a lot of different worlds that we get to go to. So I’ve never really seen anything like it.”