Qyburn is a former Maestor of the Citadel who was stripped of his chain for engaging in illegal and unethical human experimentation. He is played by Anton Lesser and has been a recurring character in the series from season 3 onwards. He has replaced Lord Varys as the Master of Whisperers in the King’s Landing. He fixed the deep poisonous wounds of “The Mountain” inflicted on him by Lord Oberyn Martell in a trial by combat. He is also a loyal advisor to Cersei Lannister. In the last episode titled “No One”, the hopes of millions of die-hard GOT fans who were expecting Cleganebowl (Mountain vs The Hound) were dashed as King Tommen made a royal announcement banning the practice of trial by combat to dispense justice in the Westeros. He is clearly brainwashed by High Sparrow and was coerced into literally declaring death sentence to her mother.

The only redeeming quality of Cersei Lannister is that she has always protected and safeguarded her children from any harm, the fierce love of Cersei towards her children as put it by Ser Jaime Lannister during his private conversation with Lord Edmure Tully. Yet, the ancient prophecy says that she will lose all her children before she actually die. King Jofferey was assassinated by poisoning in the “Purple Wedding” with the joint effort of Lady Olenna Tyrell and Little Finger, while Ellaria Sands (wife of Oberyn Martell) poisoned Myrcella on her way to Kings Landing. Hence, the only one remaining is Tommen who has now driven her to the breaking point. Qyburn told Cersei that his birds investigated the rumor she had about something, and they found out much more to the rumor. What is he talking about? Well, it’s the stockpile of wildfire hidden in the Reds Keep and all around Kings Landing by the Mad King himself, he had a plot to burn down the entire city should anyone rebel against him. But before he could do it, Jaime Lannister (then Kingsguard) stabbed him multiple times from behind and became a “Kingslayer”. In the latest episode, Tyrion Lannister mentioned Wildfire to Dany when discussing the ways of punishment of her father King Aerys Targaryen. It’s almost certain now that Cersei will order Mountain to use wildfire and burn Kings Landing down to the ashes. But can Jaime intervene again and become a “Queenslayer”? 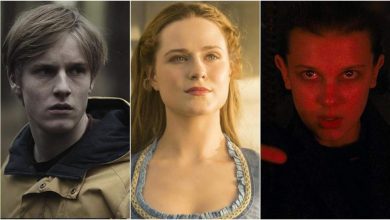 Top 10 Best New Mystery TV Shows Worth Getting Lost in