There are various reasons why Dune is one of the best projects that has come out this decade. The movie is probably amongst the best adaptations from a much-beloved piece of literature that has appeared. From being an ambitious project from the director to having some of the best performances from the set of actors that the movie features, everything is a positive move for the project. But the movie left us on a cliffhanger. There are several questions we have from Dune which need to be answered.

Most of our questions should get the answers in the second part. But we have the time to wonder about the answers. This was actually a smart move considering the previous director David Lynch had to make the entire novel into a single movie that ended up making it a failure for the fans of the book. Let’s take a look at some of the questions that we have come to ponder over after watching Dune and we’ll also try to answer them.

1. How Was The Bene Gesserit Able To Lay A Path For Paul And Jessica In Arrakis? 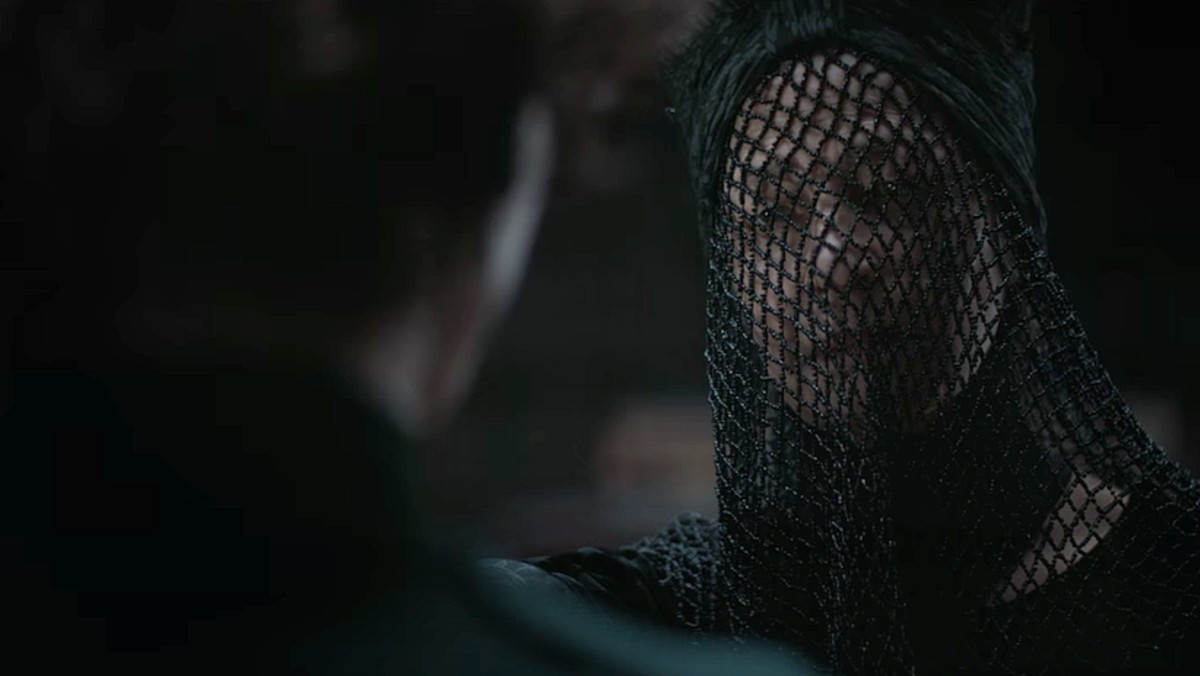 The Bene Gesserit plays a major role in setting forth the narrative of the movie as we see that they were the reason behind some of the major events of the movie. In the book, they had instructed Lady Jessica to bear a daughter with Duke Leto as a part of their plans to bring about the Kwisatz Haderach. But she bears Paul and it seems that he might actually be fulfilling the prophecies that existed for the Kwisatz Haderach. Following the initial test taken of Paul, they inform Lady Jessica that a path will be laid out front of them in Arrakis considering there was a chance of major danger on that planet. But there’s no mention of how they were gonna do that even though we witness the effect of the concept ever since Paul arrives in Arrakis. This was a reference to Missionaria Protectiva from the books who work by placing superstitions in planets to help the sisters of Bene Gesserit.

2. What Was The Motive Behind Betraying House Atreides To The Harkonnens By The Padishah Emperor?

Initially, it is seen as a major move in giving the Arrakis over to the House Atreides and we see the latter making every possible move to make it a successful implementation. But throughout we do get hints to the idea of this being a means of putting House Atreides in absolute danger considering the effect Arrakis had due to the Harkonnens. It seems that the Padishah Emperor was feeling threatened by the existence of the House Atreides. We were not given a chance to explore this reason properly and this might be something that could be given a chance in the sequel as it deals with the second half of the book.

3. What Is The Role Of the Desert Mouse The Paul Keeps Seeing?

We got to see a desert mouse in the hologram that was supposed to give Paul an educational view at Arrakis. He seems to feel inquisitive about it and heads over to it to watch it a lot more closely but he is interrupted by the hunter-seeker that was going to kill her. We get to see this mouse again in the movie when Paul was on the dunes with Lady Jessica. This mouse is supposed to be the Muad’dib as that’s what the Fremen’s call it. Muad’dib is the only creature whose movements cannot be detected by the sandworms. Maybe Paul keeps seeing it because he will also be accepted by the dunes i.e. the Fremens.

4. How Do The Fremen Ride The Sandworms? 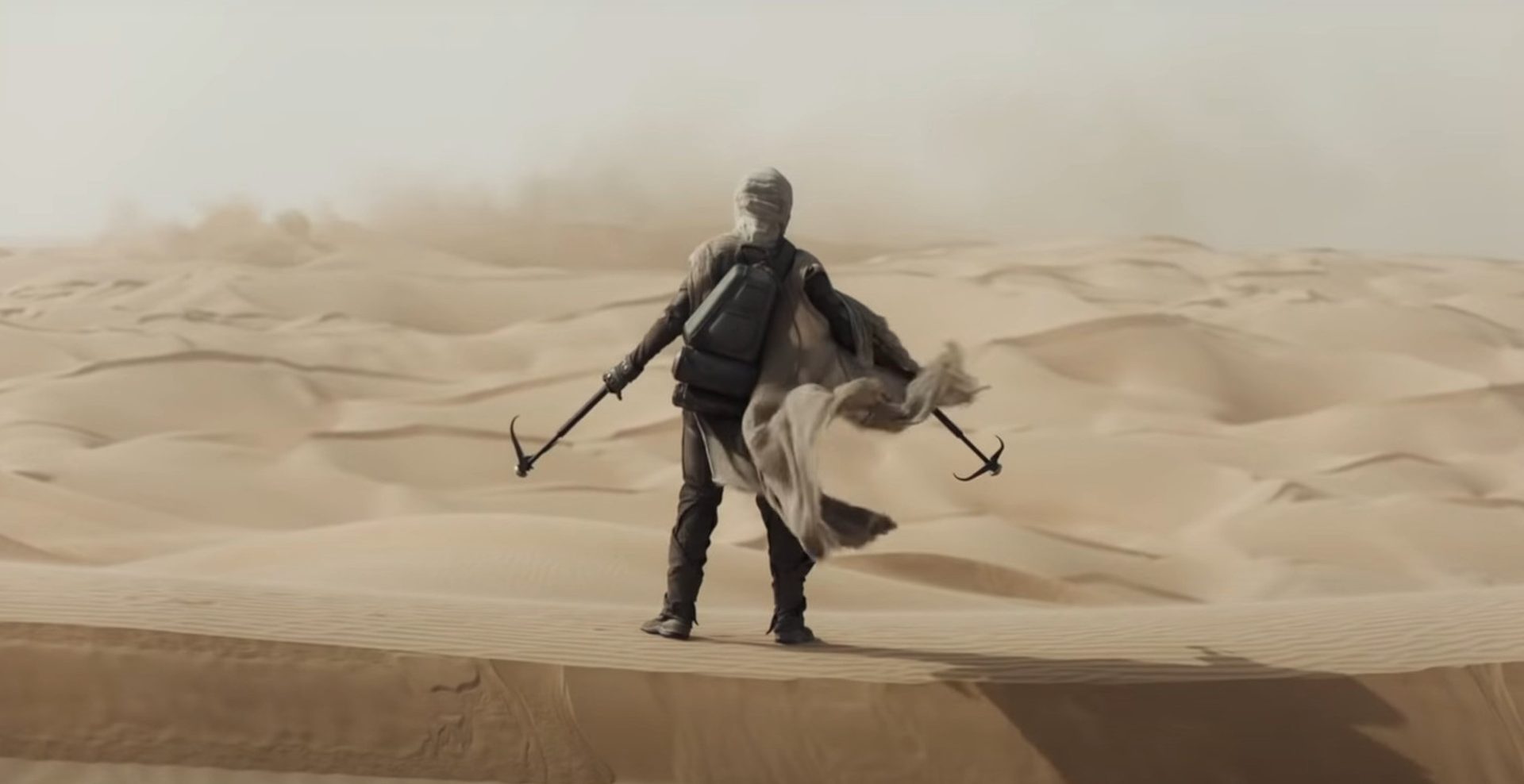 Dr. Liet Kynes reveals that she is a Fremen and goes on to mention that she can survive in the dunes to Lady Jessica and Paull. Then we see her preparing with some weapons as she made sure the Sandworm head towards her. But we watch her die before we could even see her work out her next move. Later in the movie, we see the Fremen’s using those weapons to ride the sandworms. This could have been properly shown in the movie and maybe we will get to see it properly in the sequel. 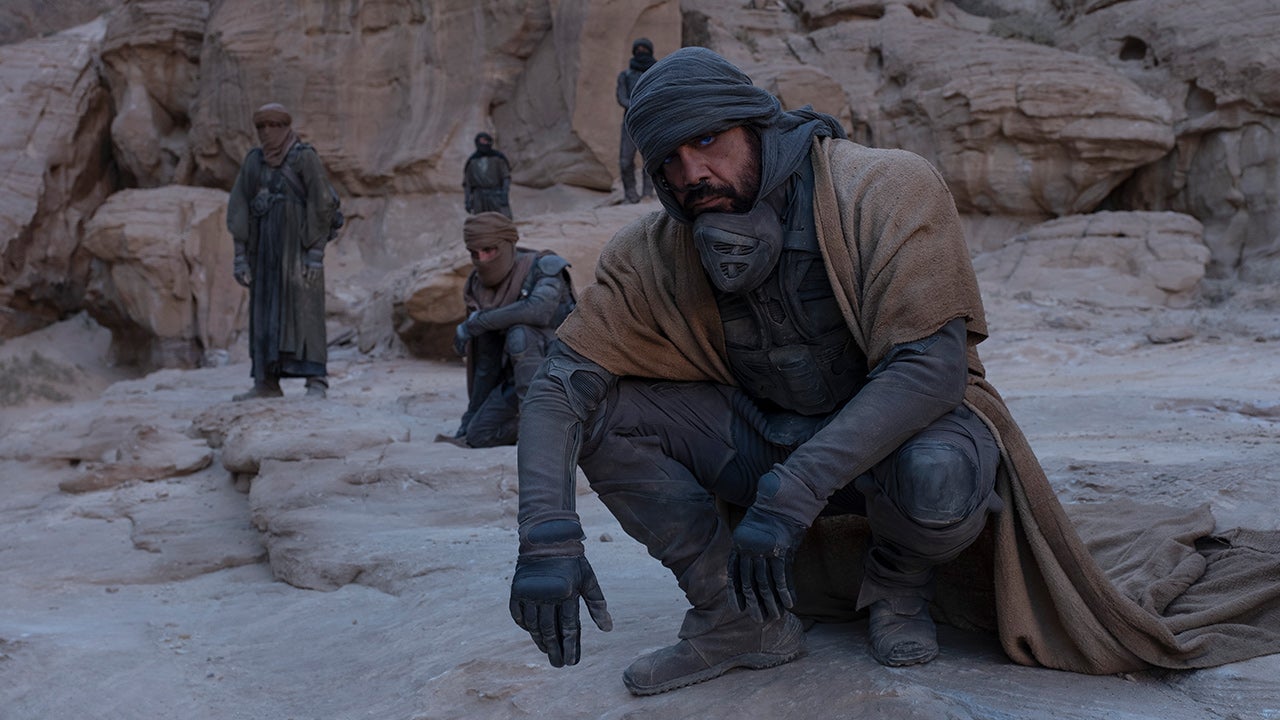 We were introduced to the concept of the Sietch where the Fremen’s reside in the Dunes. The movie navigates around the mystery that surrounds the Fremen’s and it plays a very essential role in working out the end where we actually come face to face with the lot of them. But considering we were allowed to know the concept of the Sietch we would have loved to actually witness a Sietch. According to the books, the Sietch is basically a large underground city with entrances protected by moisture seals.

Denis Villeneuve actually made a massive move by making certain changes into adapting the book into the movie and one of the major transitions has to be Dr. Liet Kynes being a female. According to the books, the character is later revealed to be Chani’s father and it only makes us wonder if there’s some similar relationship that exists between this interpretation of Chani and Liet Kynes. Maybe we will get to explore this possible relationship in the sequel.

Duncan Idaho played a major role in the movie and this was quite enjoyable and it even worked out well considering the chemistry between him and Paul Atreides. But he faces his demise at the hands of the Sardaukar Soldiers so that Paul and Jessica could escape.

In the book, Idaho is actually reborn as a “Ghola” and is gifted to Paul by the Bene Tleilax, an isolationist order of genetically enhanced humans. Let’s see if we actually get to witness this character again in the sequels using this concept considering he was actually one of the fan-favorite characters.

8. What Was The Purpose Behind The War Being Fought In Paul’s Name?

We witness Paul getting visions of a war being fought in his name and him being glorified by an army of his own with Chani next to him. It feels as if to be a hint of what is to come next and then we get to witness the idea of the fact that Paul Atreides would actually go to the path of war and genocide if he continues in his Arrakis path. In the books, we actually see these visions come to fruition. The movie could have explained the dreams a bit more than it did.

9. What Happened To Thufir Hawat And Gurney Halleck?

Two other characters that the viewers got really hooked into have to include Thufir Hawat and Gurney Halleck. Both the characters were quite honest interpretations from the books. But we don’t get to see much from the characters following the attack on House Atreides. The books continue their narrative as Gurney reunites with Paul and almost ends up killing Lady Jessica as he believes that the latter was responsible for what had happened. Considering both the characters weren’t shown in the movie we can expect them to make a return in the sequel.

These are all the questions we have from Dune. Do you have more? Do mention in the comments. 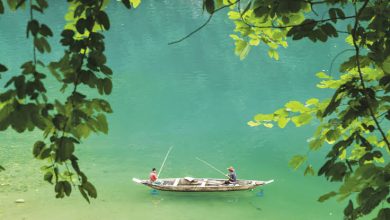 Best Time to Visit Meghalaya You Might Want to Check Out 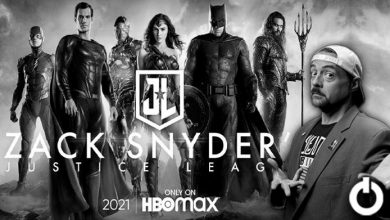