It will be fair to see that even the greatest movies of all time have their downsides. No matter how amazing they are regarding the visuals or the plot, something or the other does tend to go haywire. Something’s gotta give somewhere, especially with so many writers, directors, and producers being involved, and so there are always going to be those things that don’t quite add up. These 10 hugely successful movie franchises, then, gamely threw logic aside and hoped audiences wouldn’t care enough to make a big deal out of it: 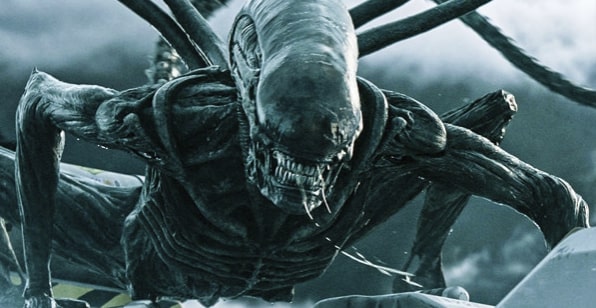 James Cameron’s Aliens made it clear that the face-huggers are birthed from eggs laid by the xenomorph Queen, yet Alien: Covenant effectively ret-conned the Queen out of existence by revealing that the eggs were actually first created by the malevolent android David (Michael Fassbender). Worse still, given that the Space Jockey from Alien has fossilized by the time it’s discovered by the Nostromo’s crew, we’re left to assume that it and the xenomorph eggs have been there for a long time – hundreds or thousands of years – and certainly more than the 18 years between the events of Alien: Covenant and Alien. Considering how sloppy the series’ grasp on its own logic is, and how it seems to only get messier with each new movie, it’s probably reasonable not to expect any new sequel to actually iron it out. 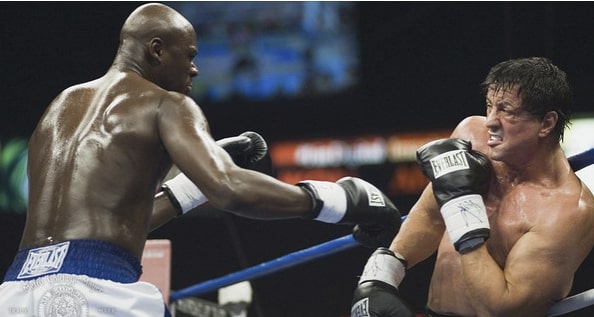 Doctors inform Rocky he can no longer box, and Rocky V ends with him reluctantly retiring at the urging of his wife Adrian (Talia Shire). It served as a rather depressing “ending” for the character if certainly a realistic one. But when Stallone made an unexpected sixth movie, Rocky Balboa, over 15 years later, he effectively brushed Rocky’s brain damage totally under the carpet in the quest of giving the screen icon a more triumphant and fist-pumping second send-off. Stallone expanded on this in interviews, explaining that Rocky never sought a second doctor’s opinion and that his brain damage was within normal levels for athletes in contact sports. 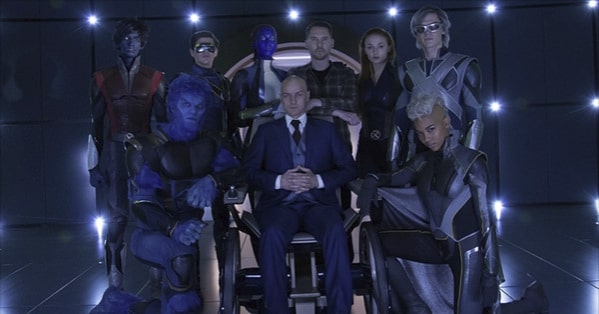 While most fans were probably able to buy the mutants not changing too much between First Class (set in 1962) and Days of Future Past (set partially in 1973), things started to get incredibly silly by the time Apocalypse transpired in 1983, and even more so with Dark Phoenix’s 1992 setting. In Dark Phoenix, Professor X (James McAvoy) is supposed to be over 60 years old and only around a decade away from resembling Patrick Stewart, while the same is near enough true for Magneto (Michael Fassbender) and Ian McKellen, also. Really the only character where the bizarre aging makes any sense at all is Mystique (Jennifer Lawrence), whose shape-shifting abilities are well-known to slow her cellular growth. This is all without mentioning how Dark Phoenix fails to convincingly tether itself to 2023 end-point shown at the conclusion of Days of Future Past, showing just how little Simon Kinberg and co. really cared about the series’ internal logic. 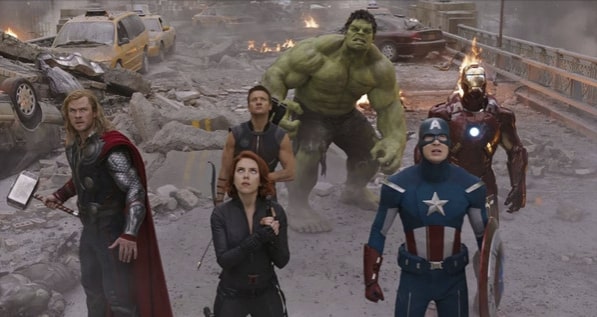 After the original Avengers movie opened up Pandora’s Box by showing the beloved heroes working together like a well-oiled machine, every subsequent film without their presence left fans wondering quite what they were all up to. That’s just two fairly grounded, Earth-set examples of The Avengers’ absence, requiring fans to accept that a) some of the heroes are constantly off-world and b) it’s a logistical issue for the franchise above all else (A-lister schedules and salary demands being what they are). It’s not a plot hole that’s ever likely to be resolved, because aside from the obvious scheduling and budgetary concerns with making every movie an Avengers movie, mainstream audiences clearly aren’t that bothered by it. 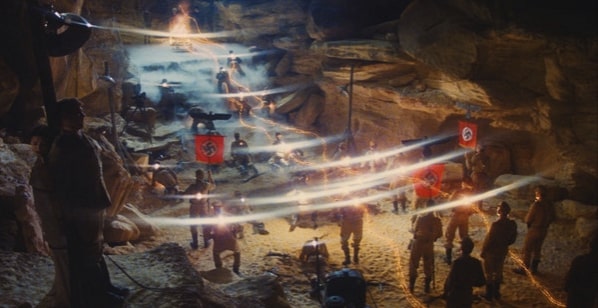 Anyone who’s seen that episode of The Big Bang Theory has parroted the “plot hole” that Indiana Jones (Harrison Ford) doesn’t affect the outcome of Raiders of the Lost Ark, though that massively reductive theory completely ignores the movie’s wider context and the role Indy plays in it. But there is a rather troubling causal fallacy elsewhere in Raiders – Indy blows up the Nazi plane intended to transport the Ark of the Covenant to Berlin for inspection by Hitler, in effect saving the Führer’s life. Imagine an alternate scenario where the Ark is safely transported to Hitler, and upon opening it, he and his high-command are all promptly killed, likely ending World War II before it even got started and years before the Holocaust ever took place. Now, is it fair to entirely hang millions of deaths around Indy’s neck? No, but his actions nevertheless set in motion a chain of events that led to the Holocaust, and by not intervening, he would’ve most certainly affected a more favorable outcome for humanity as a whole. 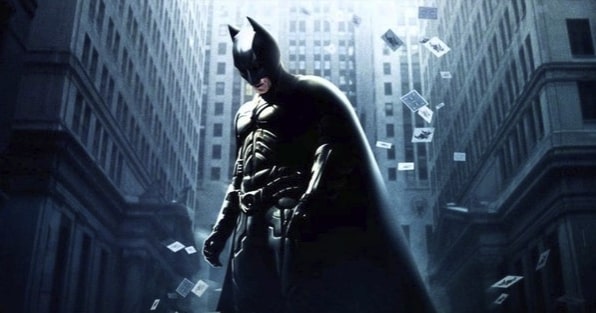 The fact that Batman (Christian Bale) blatantly kills people throughout the Dark Knight saga wouldn’t really be considered a plot hole if not for the almost fetishistic obsession Christopher Nolan has with Batman’s no-kill rule. It’s a major plot point throughout the trilogy that the Caped Crusader won’t cross the line of killing his enemies, to the point that The Joker (Heath Ledger) even tries to goad him into it in The Dark Knight. But this completely ignores the fact that Batman killed many people in Batman Begins: he burned down the League of Shadows’ base and left countless unconscious acolytes to die, and at the end of the movie brought about the circumstances through which Ra’s al Ghul (Liam Neeson) was killed. Though this was done in order to save Jim Gordon’s (Gary Oldman) young son, a kill is a kill, and if you’re going to govern yourself by such an arbitrary, black-and-white no-kill policy, then you’re also going to be held accountable by it. But Bats’ secret blood-lust doesn’t even stop there: in The Dark Knight Rises, he fires at Talia al Ghul’s (Marion Cotillard) stolen Tumbler, causing it to crash and mortally wound her.

Not Using The Time Turner To Stop Voldemort – Harry Potter 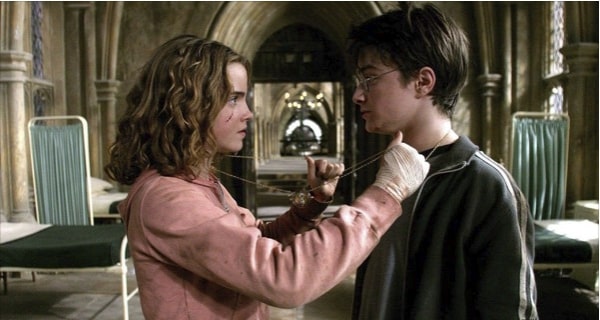 As already evidenced by the X-Men films, time travel is a tough narrative nut to crack and has proven to be the undoing of so many movies and TV shows. Ill-advised it was, then, when the Harry Potter series introduced time travel in the Prisoner of Azkaban with the Time-Turner, as is briefly used by Hermione (Emma Watson). This instantly raises the typical time travel question – why not use the time machine to travel back in time and kill the big bad, in this case, Voldemort (Ralph Fiennes), while he’s a baby? The books actually do a much better job of explaining the Time-Turner’s limitations, that they don’t allow the user to change the past but simply observe it, and in the Order of the Phoenix, the Ministry’s entire stockpile of Time-Turners are destroyed during the Battle of the Department of Mysteries. Convenient? Sure, but by J.K. Rowling’s own admission, she wrote herself into a bit of a corner with the time travel shtick and had to basically dig her way out.

Mike & Sulley Met In Fourth Grade…Or Did They? – Monsters, Inc. 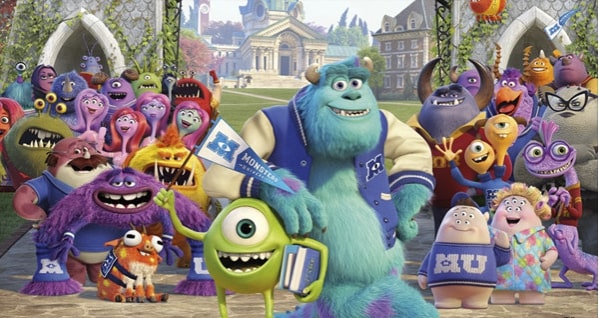 In the original film, Mike says to Sulley, “You’ve been jealous of my good looks since the fourth grade, pal”, flat-out stating that they’ve known each other since long before they met at Uni. Fans have attempted to paper over this by suggesting that “fourth grade” is just a monster figure-of-speech, but in an interview, director Dan Scanlon confirmed that it was indeed a plot hole they simply decided to ignore because they liked the Monsters University concept so much. Scanlon said, “We tried versions where they met young and then we kind of skipped ahead to college. And we knew we didn’t want to make Monsters Elementary…It was really Pete Doctor, the original director, and John Lasseter who finally kind of said to me, it’s great that you’re honoring that, but you have to do what’s right for the story…And so we made a tough decision to just have them be in college and put that line aside.” He added, “So the good thing is the only reason that line was in the first film was to just give you the feeling that these guys have known each other a long time and I think that college still does that.”

Shaw Killed Han…And Nobody Cares – The Fast & The Furious 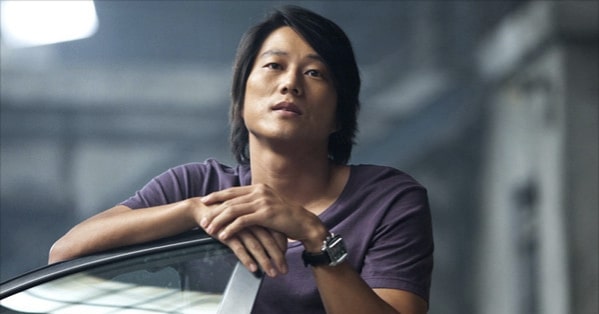 Fast & Furious 6’s post-credits scene then re-aligns the series’ timeline with the events of Tokyo Drift, depicting Han’s death from an alternate perspective, before revealing that his fatal accident was caused by none other than Deckard Shaw (Jason Statham). And though Shaw serves as Furious 7’s antagonist, he ends up joining the team in the eighth film, The Fate of the Furious, with hilariously little attention paid to the fact that, you know, he murdered one of the team. Some fans have speculated that this may result in Han returning to the franchise in order to soften the nature of Shaw’s actions, but regardless, the speedy manner in which Shaw is accepted by the team just comes across as totally jarring and inconsistent with the series’ much-ballyhooed family dynamic.

Alice Was A Clone All Along…Somehow – Resident Evil 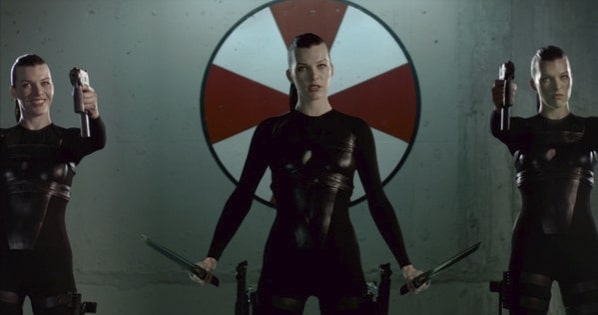 There’s perhaps no movie franchise in recent memory that makes less sense than Paul W.S. Anderson’s Resident Evil franchise – no, not even Transformers. While audiences certainly knew what they were getting with this series and its increasingly braindead glut of sequels, its virtually unprecedented lack of regard for its own established continuity and basic narrative logic is stunning in its pervasiveness. This reaches an apex in the hilariously horrible sixth (and mercifully final) film, Resident Evil: The Final Chapter, where it’s revealed that the original Alice (Milla Jovovich) is simply another clone of Alicia Marcus, the terminally ill daughter of T-virus creator and Umbrella founder James Marcus.