We usually decide from the lead pair of a movie whether we will be watching it or not. But when we watch a movie, there are certain characters that catch our attention and those characters are supporting actors. We laugh and cry because of them. There are movies where we realize that they play a crucial role in the movie. Take a look at these 5 supporting actors who truly deserve a solo movie.

You have seen this guy in Omkara. He has also made appearances in movies like Gulaal, Shaurya, Tanu Weds Manu,  Tanu Weds Manu Returns, etc. and he has made a remarkable presence in all the characters played by him. But unfortunately, he hasn’t got the role he deserves. This guy has a lot of potentials and he truly deserves a solo movie.

You definitely remember her for her bold and beautiful performance in Tanu Weds Manu, Raanjhanna, Prem rattan dhan payo and couple of other movies. Look at her acting skills, she is an amazing performer and deserves a solo movie.

Have you seen Mardaani? Well, if you have, then you would have noticed this amazing actor, Tahir Bhasin. Unfortunately, we haven’t seen him again. Look at his personality, voice, and acting. He is quite a good package to work with. Hopefully, some director/producer would see this amazing talent and offer him a solo movie.

We have seen Lisa Haydon as a single mom in Queen. We really wanted her to watch more in the movie. Come on, admit it, we all were hoping to see her again in the second half. Lisa got a solo film in her cart, but that was with three (quite) older men who were crazy about her. But she deserves a movie with a dashing hero too.

If you have seen Raanjhanaa, then you would have seen him as Dhanush’s best friend ‘Murari’ in Raanjhanaa. He again acted as a best friend in “Mere Brother Ki Dulhan” as Imran Khan’s best friend. He acted in Jannat 2 as well.Ayyub was also seen in Tanu Weds Manu 2. He is truly an amazing actor and so deserves a solo movie. 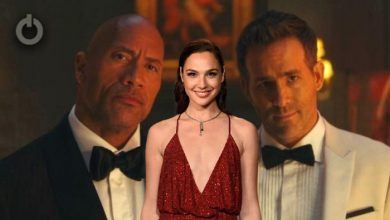