Rotten Tomatoes has become extremely popular with almost every movie fanatic considering the ratings posted on the website. The “Rotten” score on the websites tends to have an extremely critical influence on how the movie might fair on the box office. The idea revolves around irony, like when someone doesn’t like a performance in a theatre, people are seen throwing tomatoes on the artists. The Rotten tomatoes platform is somewhat similar, but it works the other way around. The better the movie, the more tomatoes, or rather speaking the more tomatoes the movie garners. But there have been some movies in the film industry, who did not manage to collect many tomatoes on the website. Here is a list of movies which despite being good, fared poorly on the Tomato meter on the Rotten Tomatoes website.

The only film in history to be both revised from a set of trading cards and co-produced by a chewing gum company called the Topps Chewing Gum, folks. The Garbage Pail Kids Movie shadows seven of the ostensible mutated, grotesquely-proportioned kids as they acclimatize to life on Earth. However, the most common criticism about the movie was that, while it was made for kids, the lewd comedy and undeniably creepy puppet designs make it solely inappropriate for that target audience. Most probably one of the reasons why it tanked at the box office. For adults, though, there is a lot here to enjoy, namely the unexpected anti-corporate message, that is highlighted by the Garbage Pail Kids themselves. 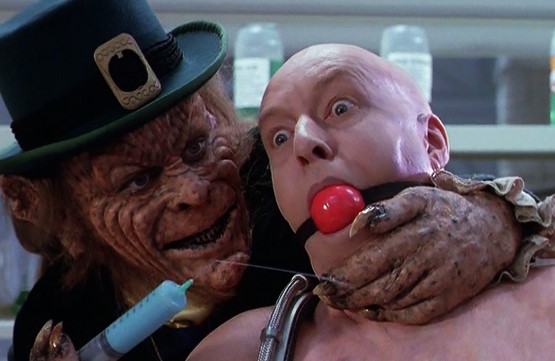 The movie witnessed the 4th sequel of the Leprechaun franchise, but could not save it because of its thoughtless narrative. We witness the antagonist killed very early on in the movie but gets peed on by a marine. The reminiscence of the Leprechaun travels up the stream of urine and lodges itself in the urinary tract of the marine. And later on, manifests into his former glory, by growing out of the man’s genitalia. The movie is seen taking a dig at Star Wars and a few others of that time, although a fun watches the movie did not hit it off with the tomato meter.

It was a cheesy knock-off of the film E.T and produced to market the brand Mc Donald’s. On it,’ own ‘Mac & Me’ is to date the most unforgettable bad movie, but also a family-friendly movie of sorts, in a classic attempt of putting the burger giant on the map. Although the movie was fun of sorts, taking a commercial route to market it’s funding from certain brands. 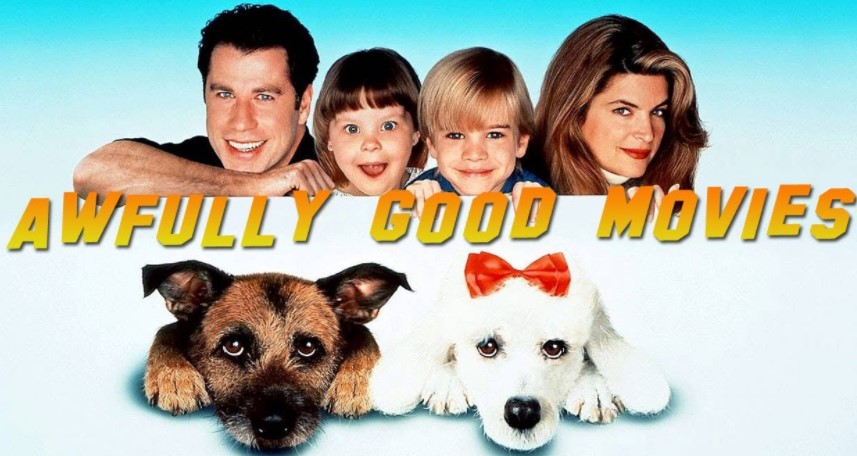 The plot of the movie revolved mostly around dogs, John Travolta, and Christmas. The movie witnessed that by some Christmas miracle the dogs of a household manage to gain the power to speak and how Christmas is also a part of their festivities like they are for the family. So, if one is in a mood for holiday and loves dogs, without having anything to do and wishes to just watch something for fun, well this is it. 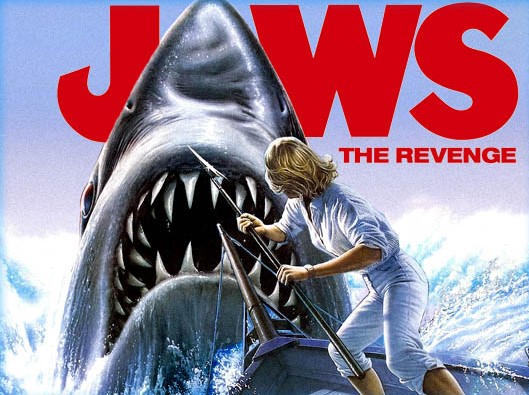 In the ’80s, the number 4 was not a very good number for movie production houses. Although some of them even went way far ahead with some, not all had the wonderful opportunity to do so. Something similar unraveled with the Jaws franchise in their 4th sequel production, with the 4th sequel tanking terribly at the box office. For a movie franchise, initially directed by the legendary Steven Spielberg, the 4th sequel is seen throwing everything on the screen to figure out what sticks. From a revenge-hungry shark to actors’ clothes drying out in an instant to an aquatic creature like a shark roaring, the entire movie was very close to comedy than thriller. 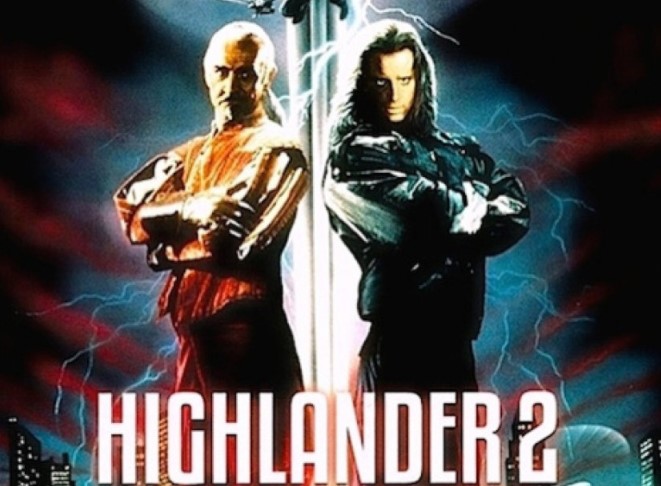 The original cut of Highlander II was widely reprimanded as a dreadful follow-up to the 1986 fantasy cult classic, and Roger Ebert famously called it both “hysterically unintelligible” and “almost breathtaking in its depravity”. Well, he was not wrong. While any version of Highlander II has only the rarest grip on narrative lucidity and franchise permanence. The 2004 Special Edition included a ton of extra footage, and a more coherent plot with new effects, making it a considerably better film. And well worth checking out for anyone who previously dismissed the original cut. 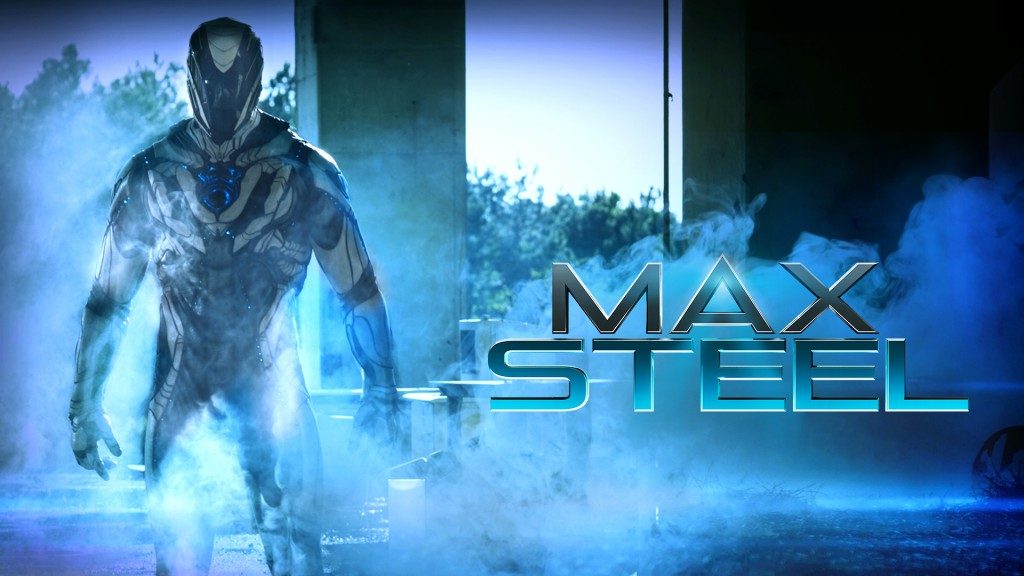 Mattel’s massive branding and Thor; Ragnarök’s writer Christopher Yost, were the only two things going in favor of this movie right from the beginning. The attempt to create a teenage Iron Man out of the Marvel narrative was a good idea, but the story needed a lot more than just that. The movie often dulls down to a simple alternate spinoff to power rangers and the two actors seem to be supporting each other more, than the movie.

In the entire, this is one movie that should be up for a critical re-evaluation. Nicolas Cage’s starrer crime drama directed by Cage’s brother Nicholas Coppola was a massive shocker for many of Nicholas Cage’s fans. Nicholas Cage shot himself everywhere across the earth in this movie, even the sky, and still managed to make it out alive, only to witness a 0% rating on Rotten Tomato. 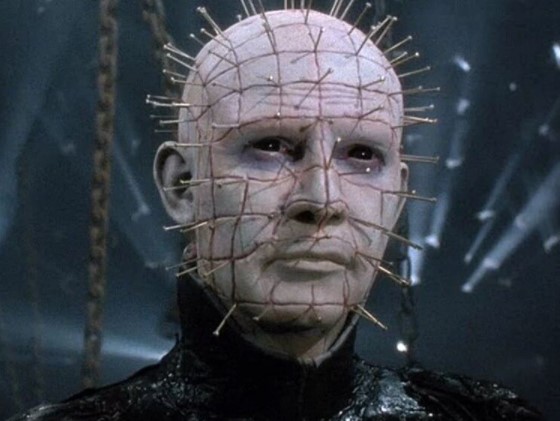 The only truly respectable Hellraiser movies were the first two, the series should be commended for at least trying something diverse with each new installment, rather than just revising its prior success. Hellseeker stars the far-too-talented Dean Winters as the survivor of a car crash that kills his wife Kirsty (Ashley Laurence, reprising her role from the first two movies). However, the 3rd is not at all that bad compared to what transpired post this movie. 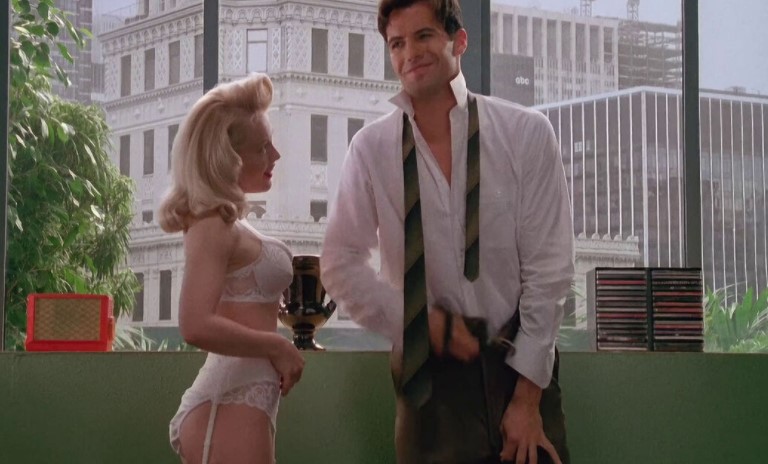 And finally, we have what is undoubtedly a low-effort parody, which marketed itself as a send-up of The Silence of the Lambs. Yet after the initial setup, it quickly leaps off to start ripping into a wider range of movies, with the most memorable rip-off being Psycho and Basic Instinct. Written, directed, produced, and narrated by Ezio Greggio and also acted. This spoof doesn’t exactly aim with much understanding, but its sheer ridiculousness does generate a few honest laughs. With just 81 minutes in length, it sure doesn’t outstay its welcome, although some might argue that point. To demonstrate the level of comedy we’re working with here, Billy Zane’s protagonist is called “Jo Dee Fostar”, get it? It wants to be The Naked Gun but doesn’t get even close to it. But the jokes fire out thick and debauched and it never loiters on a gag for too long. The movie wasn’t that bad but could have done better than 0%. 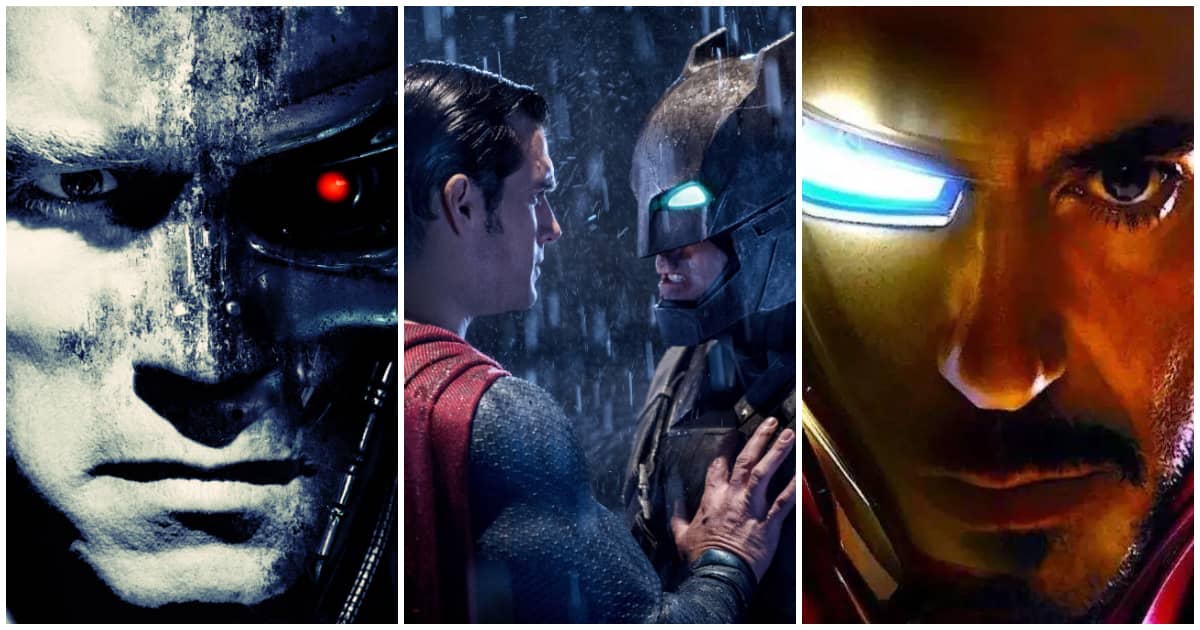 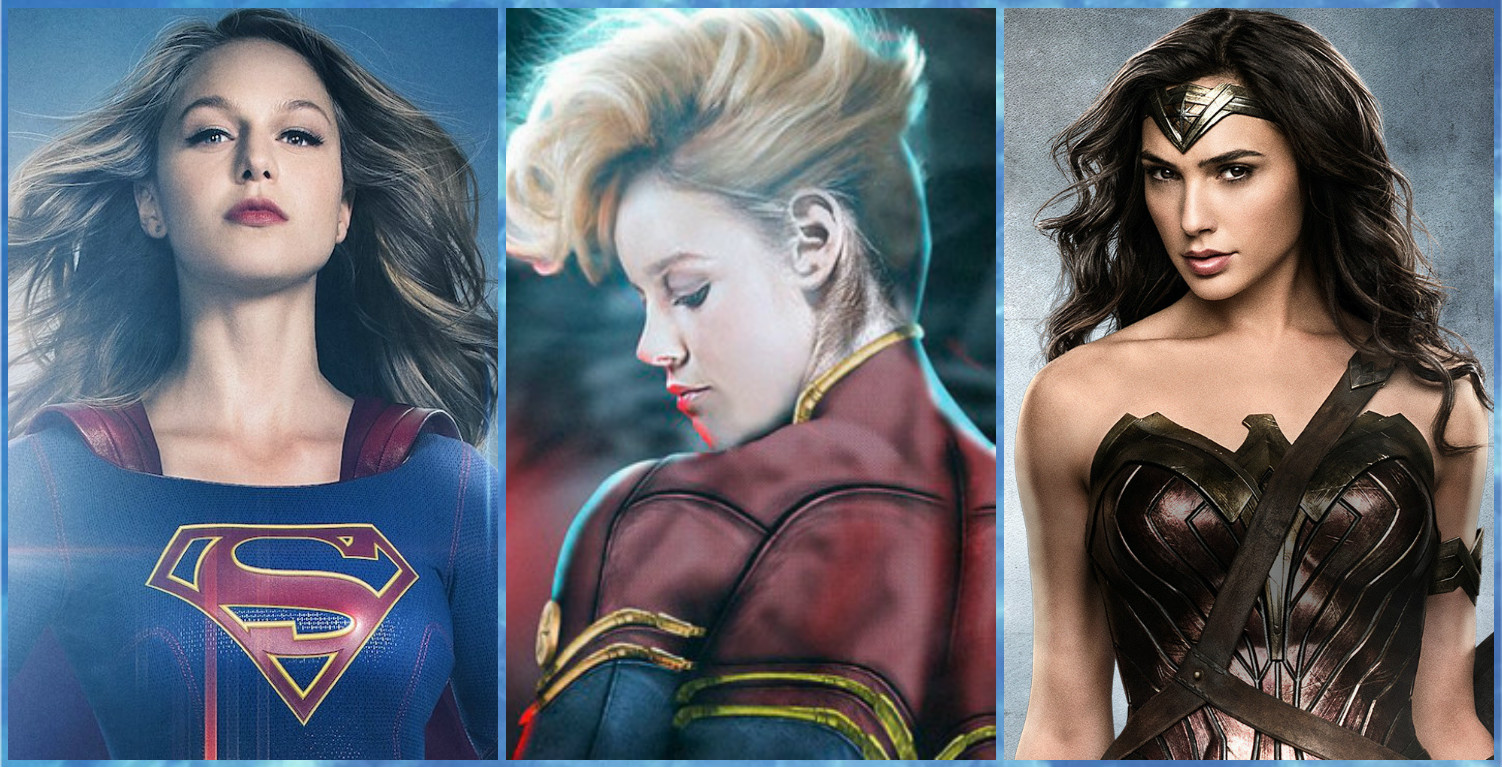 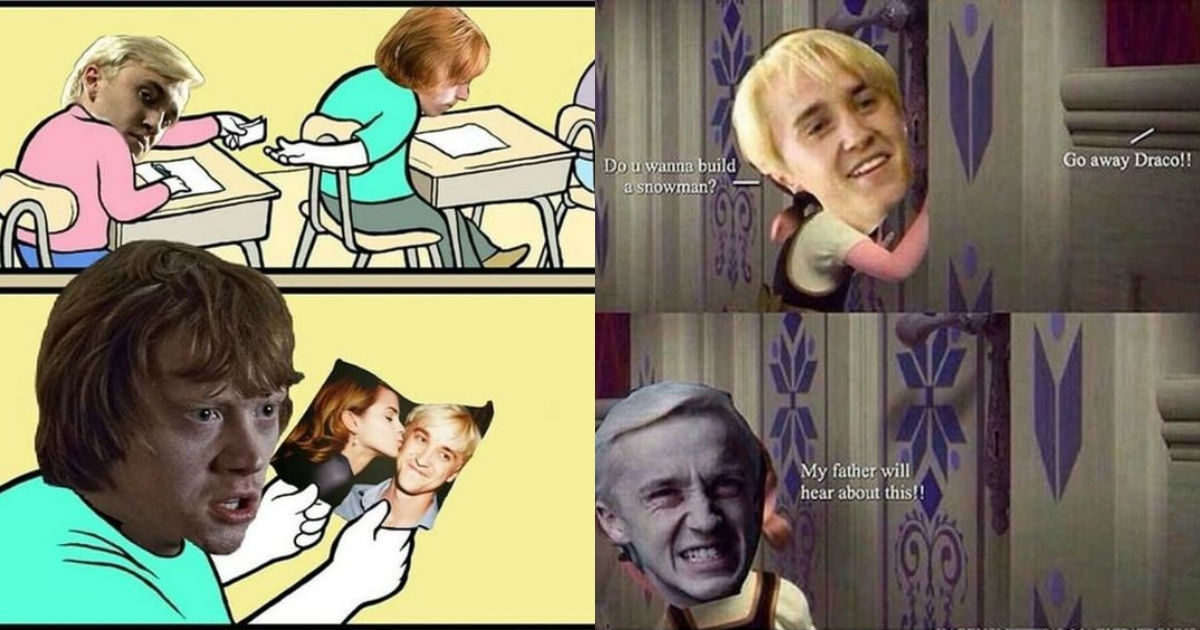