A lot has already been said about Jon Snow’s true lineage. Well, correction Jon Targaryen now. He is officially Rhaegar’s son (not a bastard). After the death of Mad King, Rhaegar was in line to ascend the Iron Throne. This technically makes Jon’s claim to the throne more stronger than even Daenerys herself. A lot has been spoken in the show about Rhaegar Targaryen and fans have been wondering what’s the deal with him. So here is everything you need to know about Viserys and Daenerys elder brother, Rhaegar Targaryen: 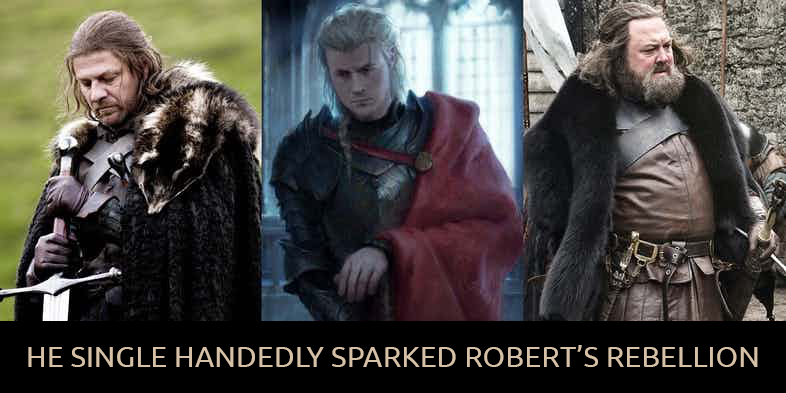 Ned Stark’s sister, Lyanna Stark was betrothed to Robert Baratheon and then Rhaegar supposedly kidnapped her. When Ned’s father and brother protested, they were burnt alive by the Mad King.

This triggered a series of events which led to Robert’s Rebellion. 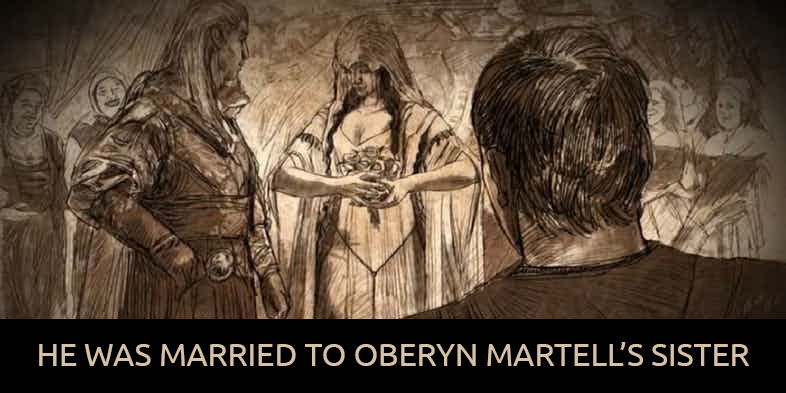 It is a well-known fact that Rhaegar Targaryen was married to Oberyn’s sister Elia Martell and their marriage wasn’t a bad one. Well, that was until Rhaegar fell for Lyanna Stark. 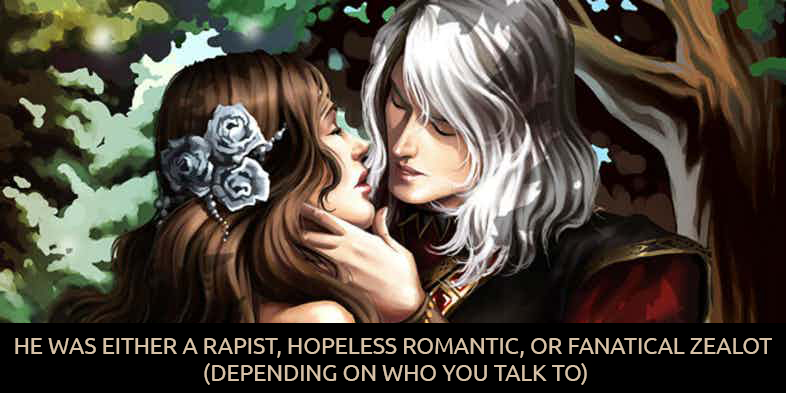 There are three schools of thoughts for this. One is the popular belief that he raped Lyanna. Another one is that Lyanna and Rhaegar were actually in love.

Another one which has recently surfaced is that he just wanted to fulfill the prophecy of The Prince Who Was Promised by making ICE AND FIRE meet! 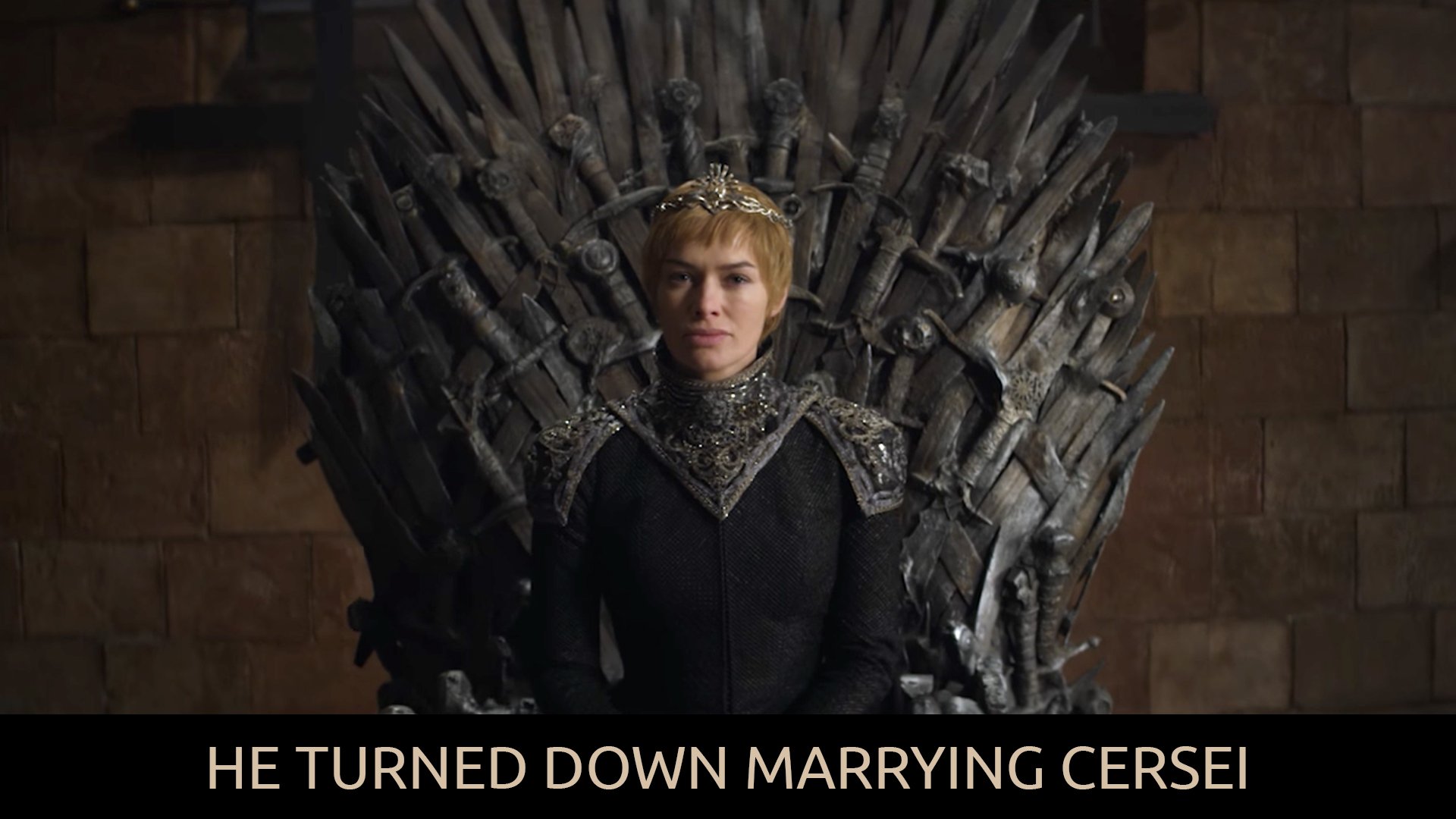 Cersei was very fond of Rhaegar, but since Mad King was Mad King, he denied Tywin’s request of marrying Cersei and Rhaegar. 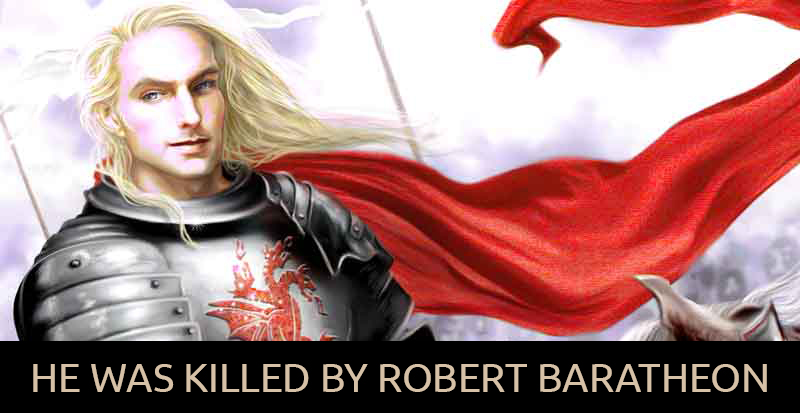 Rhaegar was killed by Robert at the Battle of Trident. Robert’s rage was so much that with one decisive blow to the Dargon Prince’s chest resulted in his death and the fall of House Targaryen. 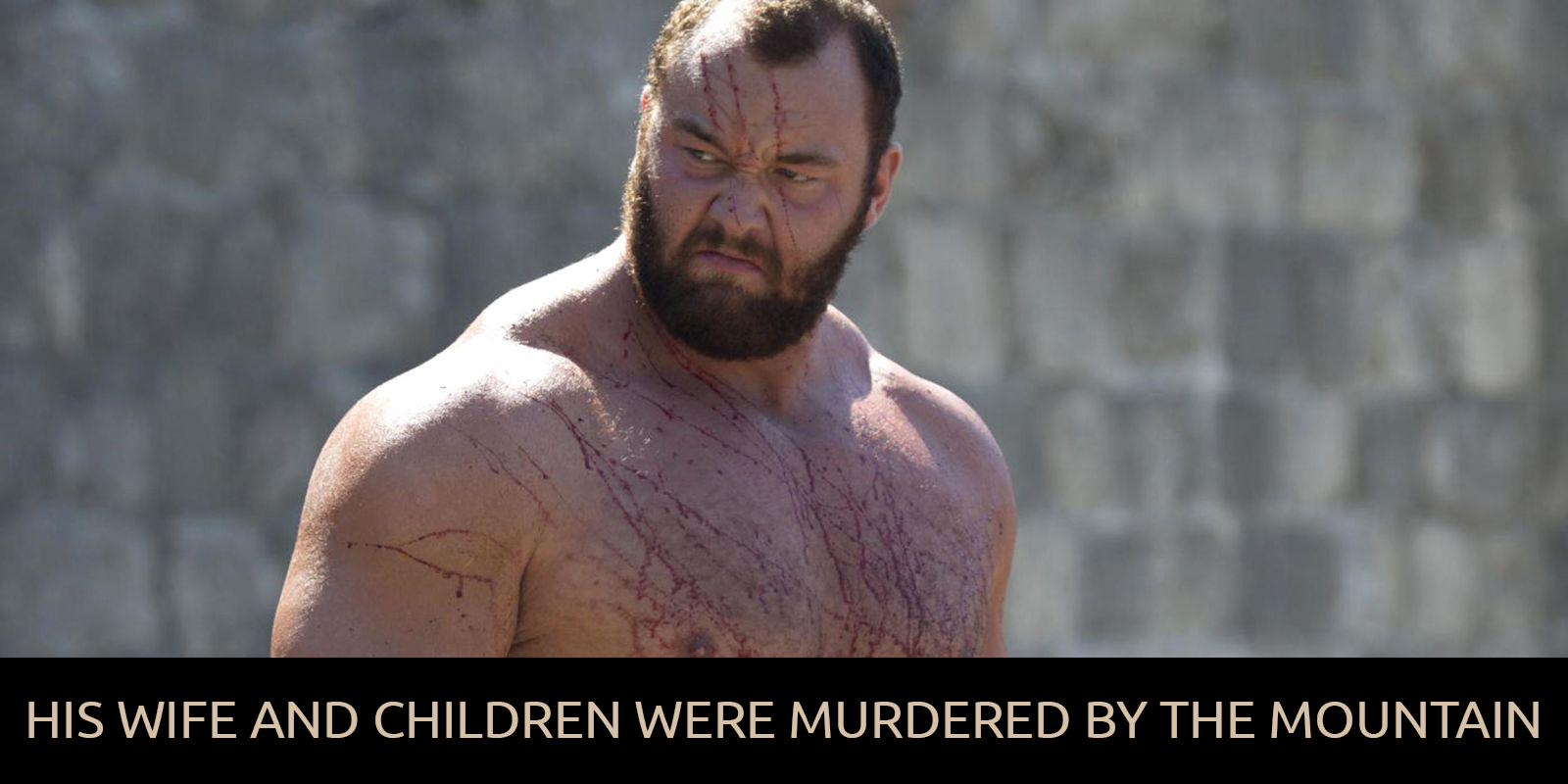 This is another prominent fact and we saw how Oberyn wanted to avenge the death of his sister.

But, he, failed and exploded! 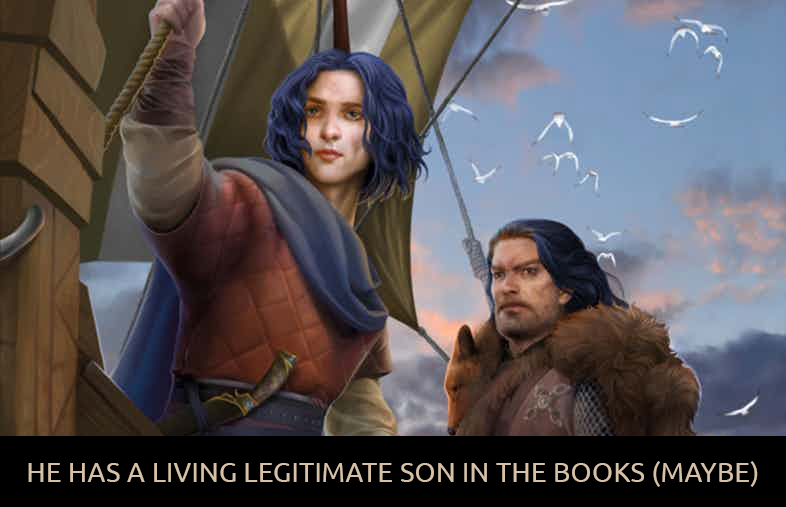 In the books, Rhaegar has a living son by the name of Aegon. His legitimacy is now a question though!  If Rhaegar married Lyanna, then it means Aegon is a bastard. Phew! 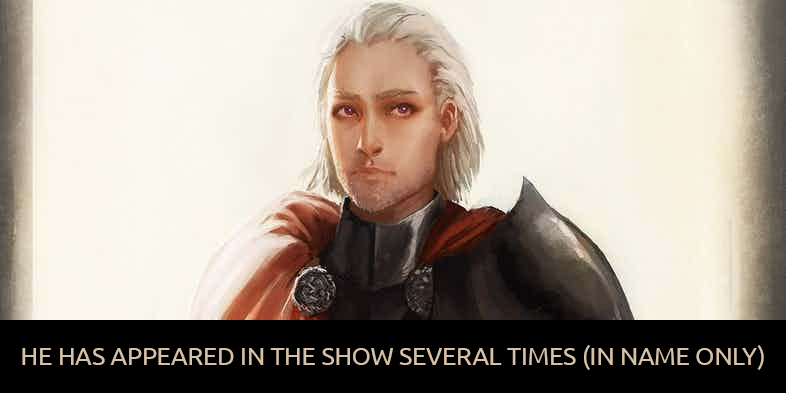 In the show, Rhaegar has been a popular character. He hasn’t made an appearance but has had a huge impact on the show’s plot. 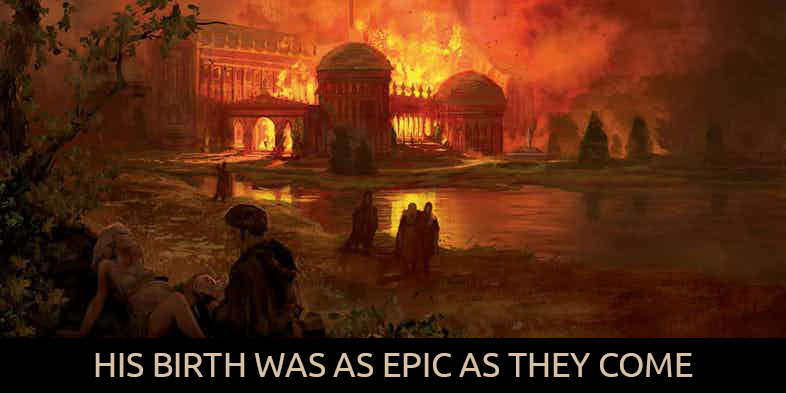 Rhaegar’s birth has been a point of discussion among book lovers as it took place on the same day as Tragedy at Summerhall. So, it had its fascinations attached to it. 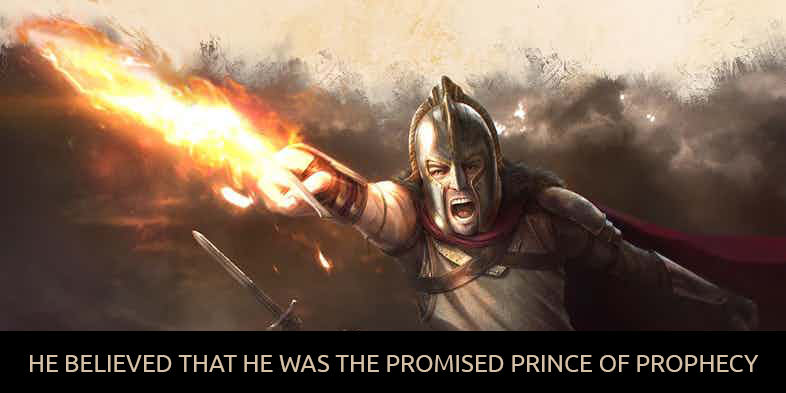 It is a well-established notion that Rhaegar believed he was the prince who was promised. When he realized he wasn’t he thought his son was going to be! 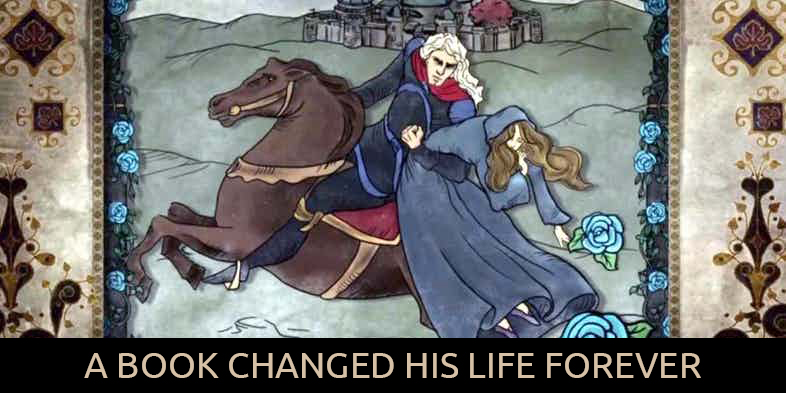 Rhaegar wasn’t much of a warrior prince, instead, he was a book lover. He used to read a lot and was a favorite among the maesters. 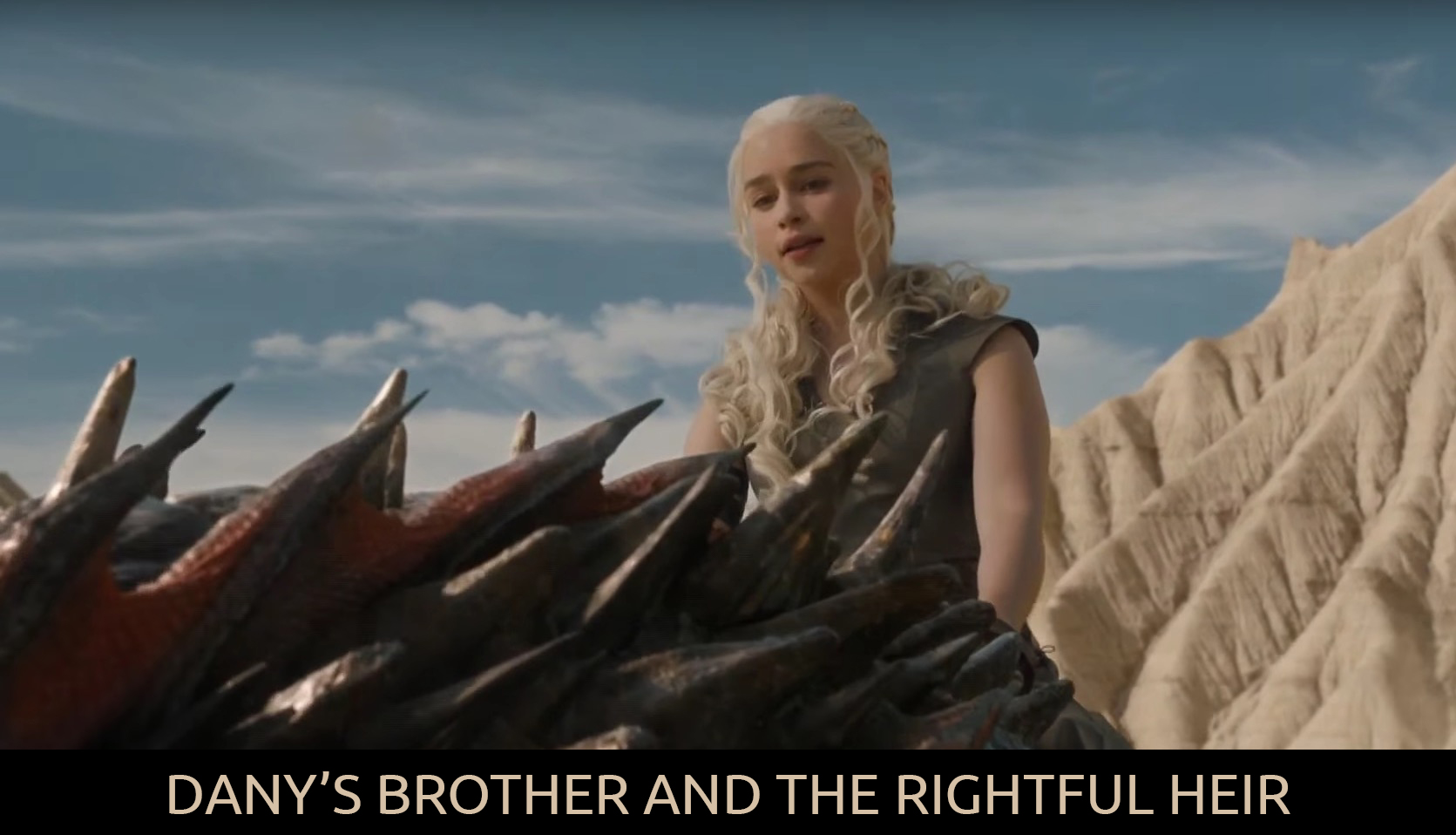 Rhaegar was Mad King’s eldest son and was thus the rightful heir to the throne. Therefore Jon has a stronger claim than Dany to the throne! 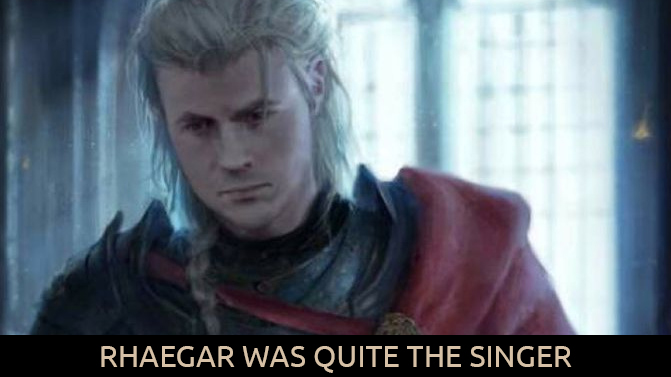 It has been mentioned in the books that Rhaegar had quite a talent for singing.

There has been a lot of mention about his skills in the books! 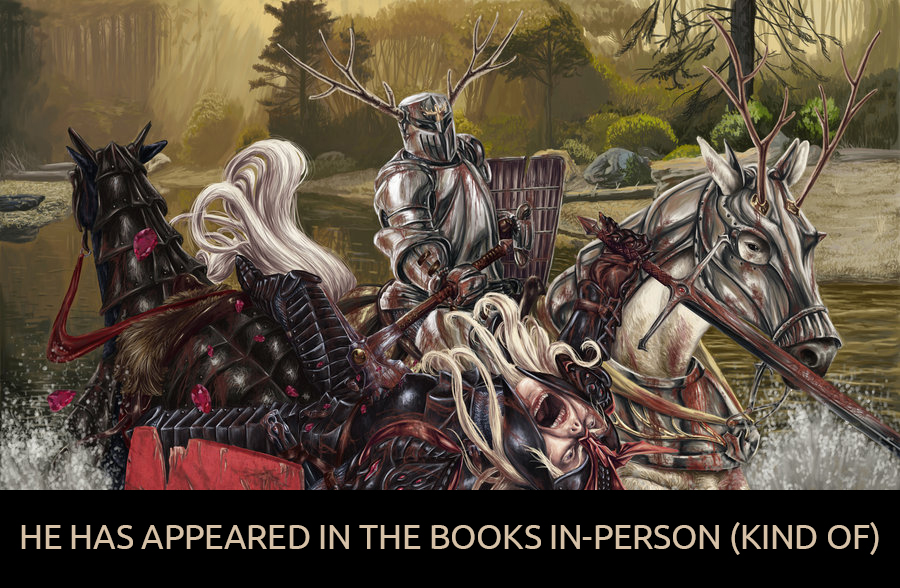 Unlike the show, he has made some appearance in the book in chapter 48 of A Clash of Kings. His impact on the plot of Game of Thrones is so huge that no one can leave it out! 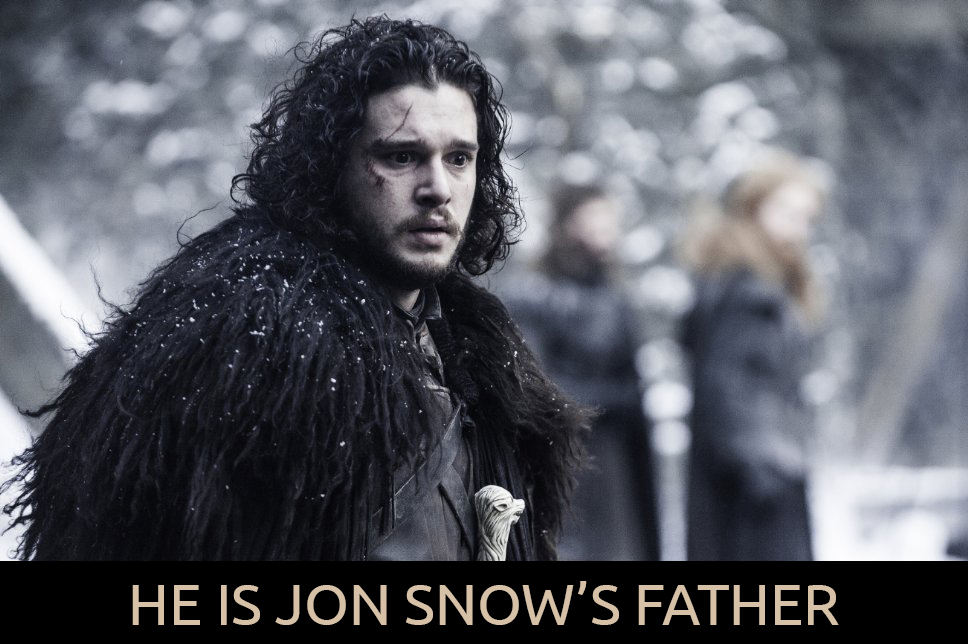 Now we can confirm that he is actually Jon’s true father. It’s just time before it is revealed to Jon as well, that he is a Targaryen and rightful heir to the throne! 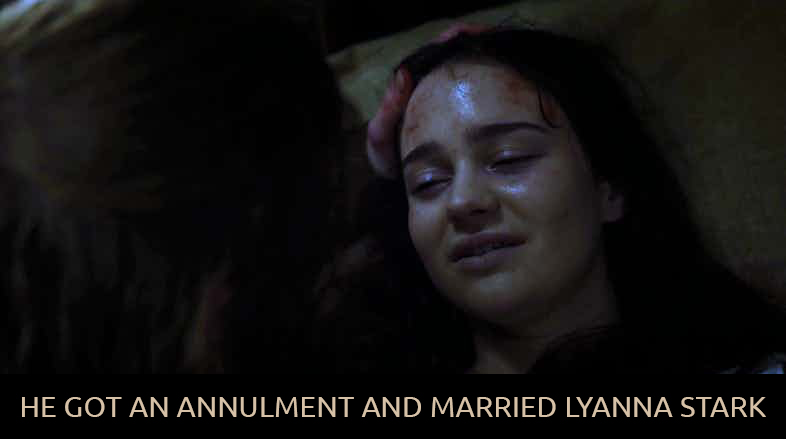 In Season 7 of Game of Thrones, we learned that Rhaegar got his marriage with Elia Martell annulled and instead married Lyanna Stark, thus making Jon his legitimate son.

These were some of the facts that every fan should know about Rhaegar Targaryen as his impact on the story can’t be ignored. He is a single character who without appearance has affected the plot so much. 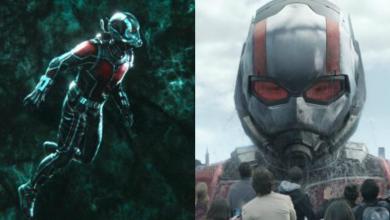 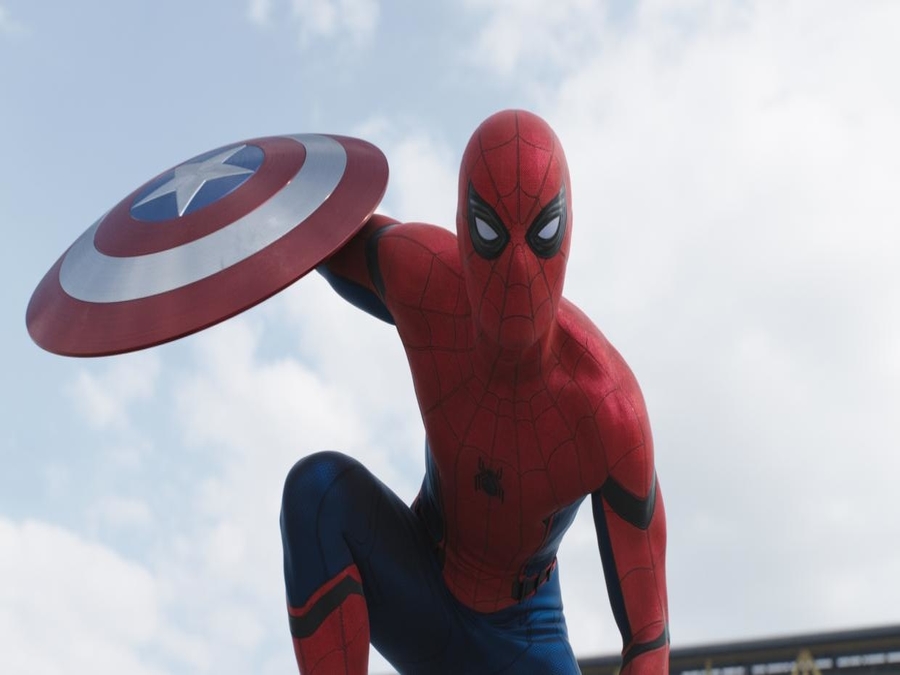 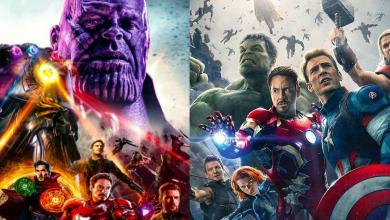 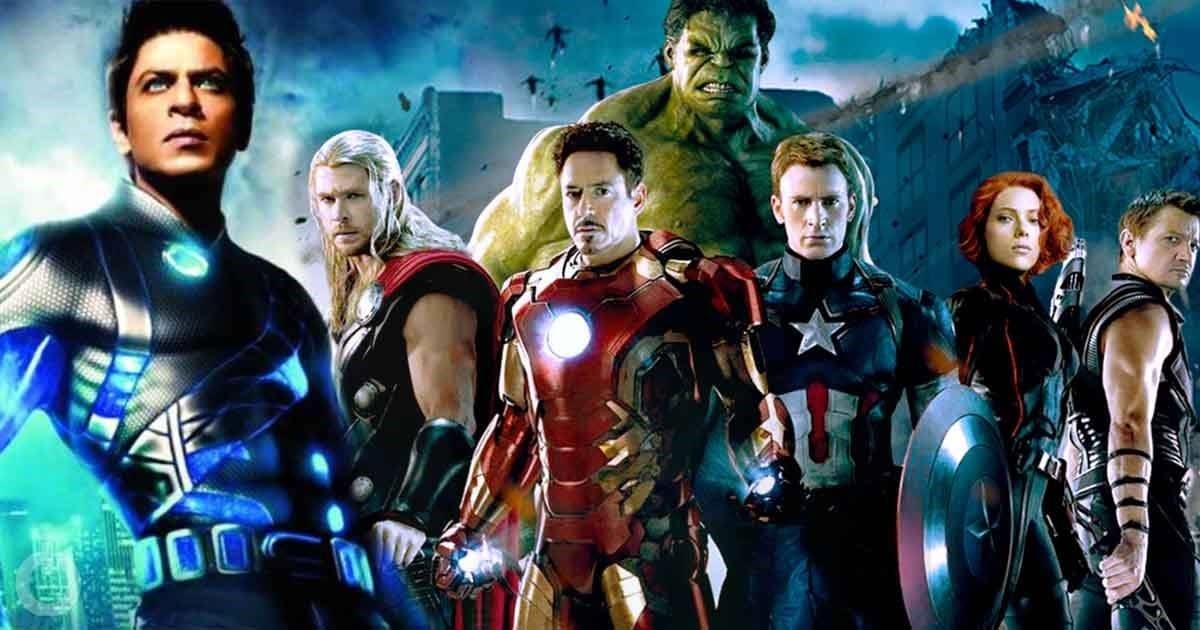