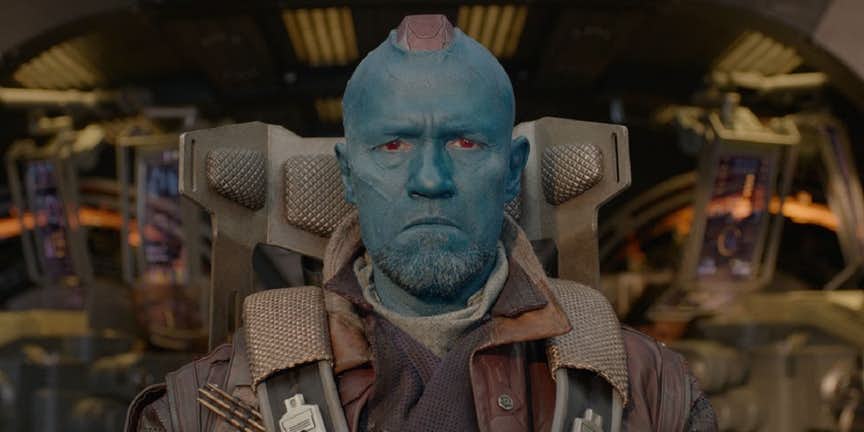 Yondu’s journey into the world of heroism is a troubled and inspirational one. He used to be a Ravager, an inter-galactic Pirate Organization but was then kicked out for unknowingly participating in child trafficking. He then redeems himself when he saves Quill from certain death by giving the only breathing mask to him as he himself suffocates to death in the vacuum of space.

Stick is a well-known figure in the Marvel’s Netflix shows. He is the guy who trained Daredevil his close combat skills. He is also a father figure to Elektra, the new head of the Hand. Stick is a leader of the Chaste, a secret organization that opposes The Hand. Elektra, who now resents Stick, has finally had enough of Stick as she kills him in The Defenders TV Show.