Marvel and DC fans are the fiercest rivals of each other and are at each others’ throats trying to prove their supremacy. They are always at the opposite ends of the spectrum without any possibility of ever coming together. Both the universes have awesome actors working in it and they are popular worldwide. They may not necessarily share the animosity of the fans.

Check out the Marvel actors who have dated DC actors that you probably have no idea about:

Josh Brolin is one of the hottest and busiest comic-book stars as he is both evil Mad Titan Thanos in MCU and Cable in Deadpool 2. On the other hand, Diane Lane plays Martha Kent (mother of Clark Kent) in the DCEU. Well, Brolin and Lane were a couple not so long ago before they ended their 10-year long marriage over irreconcilable differences in 2013.

Olivia Munn landed on a huge role to play Psylocke in the X-Men franchise due to her performance in ‘Attack of the Show’ and she is now dating none other than Chris Pine (according to sources). Pine is the heartthrob of millions of girls who could not get enough of him as Steve Trevor in Wonder Woman. He became so popular that the makers are planning to bring him in the sequel (BTW he is dead).

ScarJo has been in and out of relationships so many times including marriage to Ryan Reynolds. She is a gorgeous, hot and supremely talented actress. She is the Black Widow in the MCU. Who would not wanna date her?

Well, apart from dating a much older guy Sean Penn, she even dated someone who is polar opposite – Jared Leto who plays Joker in the DCEU. The two are still close friends despite the dating lasted for a short time.

Henry Cavill is the most powerful superhero in the DCEU while Gina is an MMA fighter turned Angel Dust in the Deadpool movie. They started dating in 2012 and ended their relationship in 2014.

Carano jokingly said that she never had anyone following her around taking photographs until she met Superman, Cavill’s stardom has risen massively while Gina continues to be a supporting actress.

Christian Bale is one of the most famous actors who played an iconic comic-book character Batman in Nolan’s Dark Knight trilogy. He totally nailed it although there are critics of his performance.

On the sets of Little Women, he met Samantha Mantis who was an adult version of Amy March and the two started dating each other. After seven months, they ended it. Samantha was also Maria (wife of Frank Castle) in the superhero movie ‘The Punisher’.

Robin Wright and Ben Foster had a very unusual relationship in the sense that Wright was 51 years old when she hooked up with Foster who was just 37 years old. Wright said at the time that Ben helped her move on with her life after a terrible divorce with her ex-husband Sean Penn.

Foster is no stranger to superhero roles – he played Spacker Dave in The Punisher and Warren Worthington III in X-Men: Last Stand while Wright played General Antiope in Wonder Woman.

This is one of the most bizarre relationships that could happen where ‘The Collector’ is dating Batgirl, but it happened in 1996 during the promotion of Batman & Robin, at the same time the couple was working on a project named Excess Baggage.

At that point of time, Alice was trying to find her foothold in the industry while Del Toro was a huge star as he just starred in a blockbuster called ‘The Usual Suspects’.

Billy Crudup had a minor role but a significant one in DCEU’s Justice League, he was the imprisoned Barry Allen’s father. He had a couple of scenes but will have more to do in the upcoming Flash solo movie. Jennifer Connelly, on the other hand, played Betty Ross in ‘The Hulk’ but lost her part to Liv Tyler in the sequel. 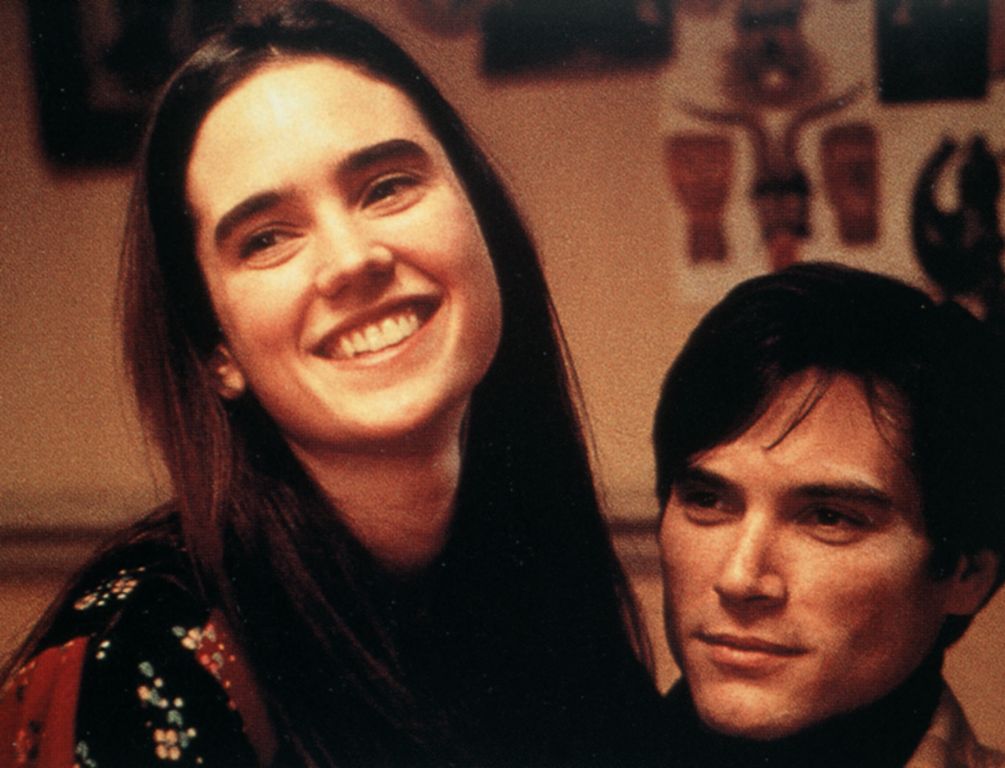 Billy and Jennifer had a romantic relationship in the movie “Inventing the Abbots” which spilled over to the real life as they began to date each other. But after some time, it ended and Jennifer stared her relationship with David Dugan which led to the birth of her son Kai.

Gwyneth has been in multiple relationships with actors in Hollywood including Brad Pitt, Chris Martin (lead singer of Coldplay). She hooked with Affleck in 2000 and they both starred in Bounce.

Well, then they both hit it big as they landed roles in MCU and DCEU. Ben Affleck is ‘The Batman’ and Paltrow is secretary turned lover of Tony Stark in the MCU. Things ended as they did not have time for each other.

Chris Evans plays the most principled, patriotic and revered superhero in the MCU – Steve Rogers aka Captain America. As it turns out, Evans is no different than Rogers in his real life as well. He is a pure gentleman.

He told EW that he never had a bad break-up with his ex-girlfriends as he is still friends with them. The list includes Jenny Slate, Jessica Biel, and Kate Bosworth. Kate and Chris started seeing each other while working on ‘The New Comers’ in 2000. Five years later Chris Evans became Human Torch in F4 while Kate Bosworth played Superman’s former girlfriend Lois Lane in the DC Comics universe.

Katie Holmes is an ex-wife of Hollywood star Tom Cruise but she was able to find a new love for herself in Jamie Foxx after her doomed marriage with Cruise. They started dating each other. 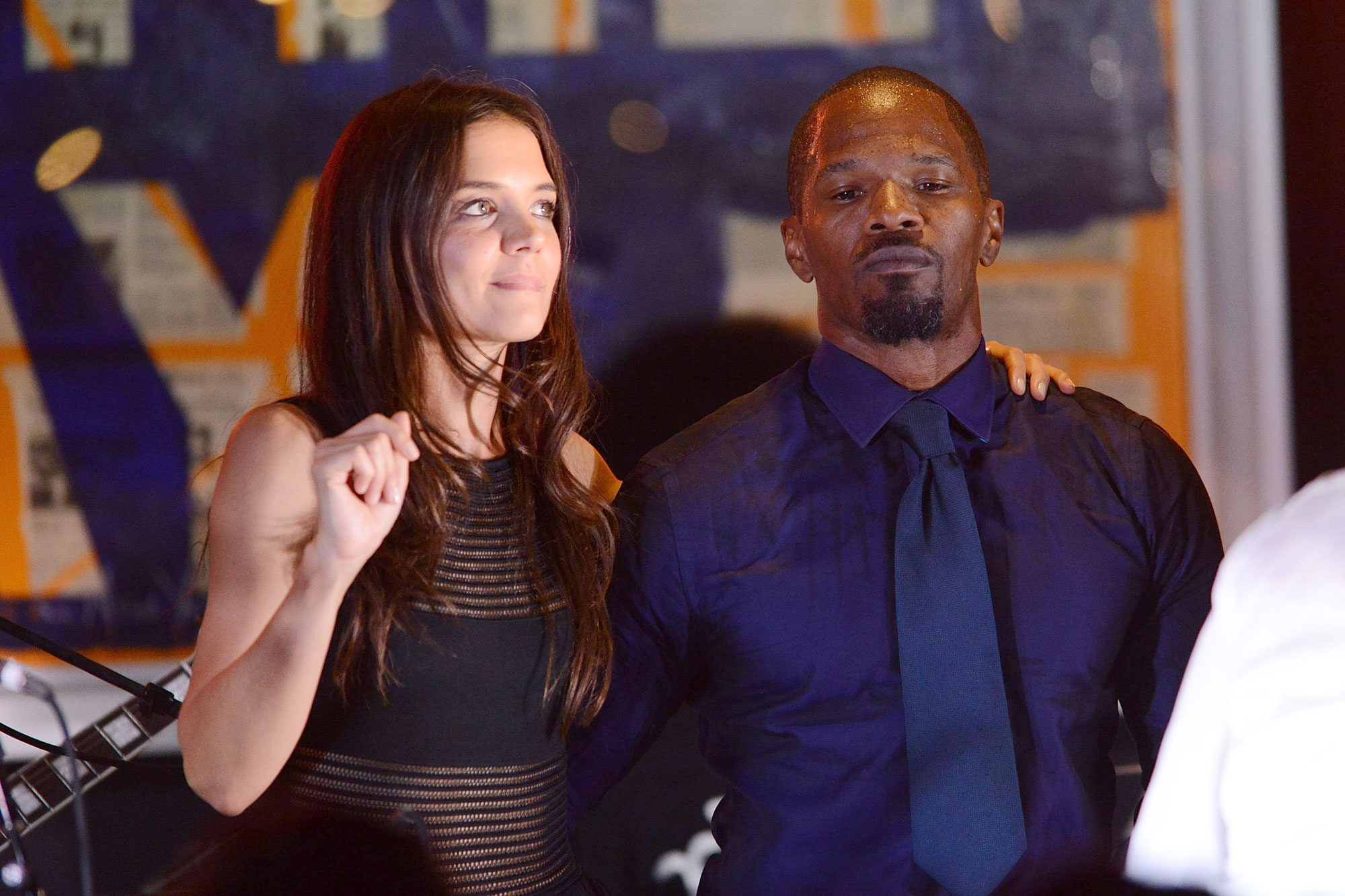 Katie played Rachel Dawes in Nolan’s Batman Begins but she was replaced by Maggie Gyllenhaal in the sequel. Jamie Foxx played a Spiderman villain Electro in ‘The Amazing Spiderman 2’.

Ryan Reynolds has been in many relationships including marriage to ScarJo which did not last long. He then goes into a serious relationship with Blake Lively and got married happily ever after (till now).

They met each other on the sets of Green Lantern which turned out to be box-office dud. Ryan tried his hand in Blade role of Hannibal King and Deadpool in X-Men but none worked. But then he starred in Deadpool solo movie and it was a massive blockbuster, its sequel is due in 2018.

Ben Affleck was the Daredevil and Jennifer Garner donned the mantle of Elektra in the movie ‘Daredevil’, the movie crashed at the box-office but it brought the two together.

The two got married and had children. Affleck is now ‘The Batman’ and Jennifer left the comic-book world after a terrible Elektra spin-off.

Ryan and Scarjo got married in 2008 and it lasted for two years. Ryan moved on in his life and so did ScarJo. He appeared in Green Lantern while she joined MCU as Black Widow.

Both of them are successful in comic-book movies today as he is Deadpool and she is Black Widow.

This is one of the most geek-friendly relationships as both actors love gadgets. Karl Urban starred in Thor: Ragnarok playing Skurge while Sackoff appeared in CW’s ‘The Flash’ TV series.

29 Superhero Stars Who Have Hotness As Their Superpower