There are 6 cosmic singularities in the MCU, 6 Infinity Stones of limitless power that can alter the state of entire life in the Multiverse. Till now, only 5 of those have been introduced to us and the 6th Infinity Stone, which is the Soul Stone is still a big mystery. It was the most troublesome one in the comics as well, and MCU has also proven it to be the same on the big screen as well. People have speculated the possible location of the Soul Stone, and here are the insane theories answering the question of the Soul Stone. 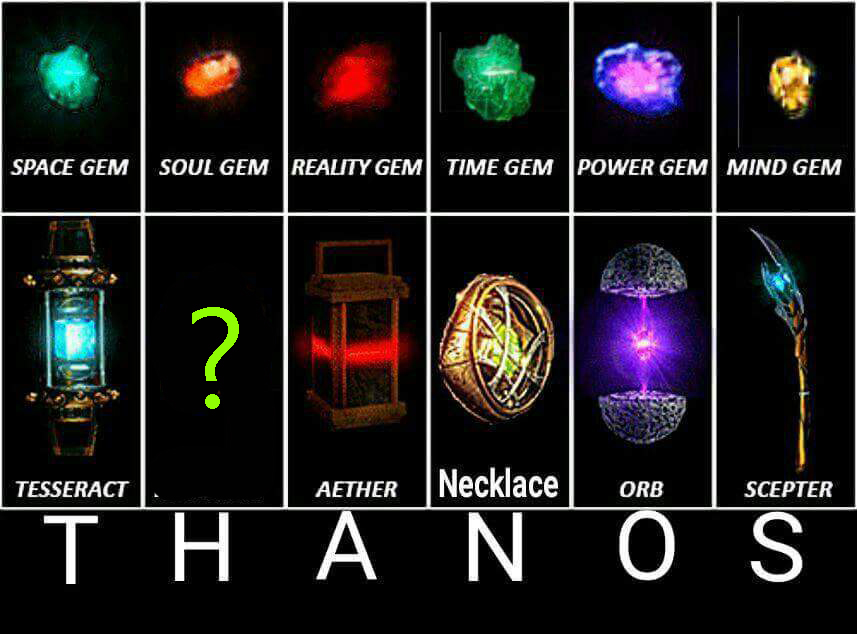 This Theory suggests that all the Infinity Stones are located in 6 things or people or even planets having the initials of every letter of the word THANOS (T- Tesseract, H- ??, A- Aether, N- Necklace, O- Orb, S- Sceptor). So an object or a person having a name starting with ‘H’ could be the key to finding the Soul Stone.

The Soul Stone was believed to show up in Thor: Ragnarok as either Heimdall or Hela would possess the Soul Stone. There was evidence behind it as Heimdall can see the ‘Souls’ of every individual in this world. Hela is the Goddess of Death so she may have been taking away the souls of her victims. And the initials of their names also seemed to be fitting with the THANOS theory (T- Tesseract, H- Hela/Heimdall, A- Aether, N- Necklace, O- Orb, S- Sceptor). It could still be with any of these two but it is highly unlikely.

This theory suggested that the Soul Stone is hiding in Wakanda and that is why the people of the nation preferred to stay in hiding in order to prevent the Gem. Also, Wakanda has the astral plane where the souls of the ones who die in Wakanda reside. So it was believed that this would be the soul world from the comics, which is created by the Soul Stone. But as it turned out, Wakanda was only hiding Vibranium.

It is Phil Coulson 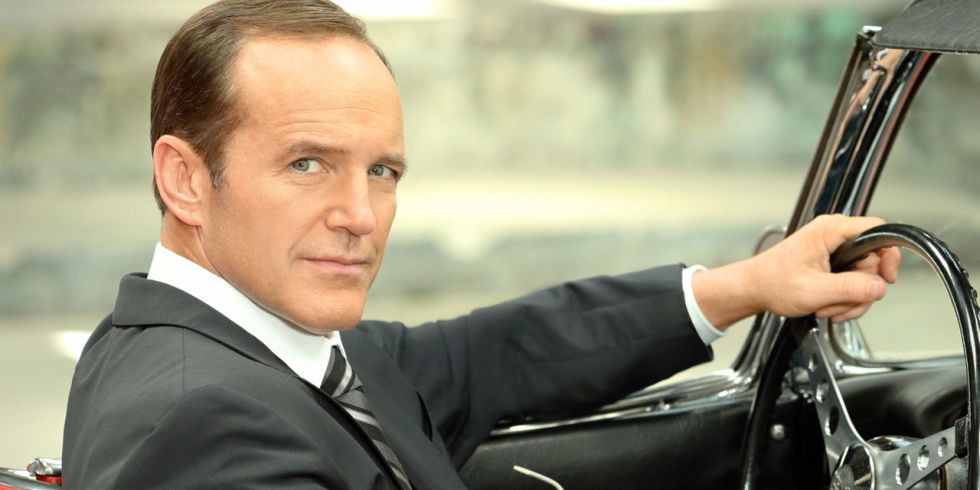 Comicbook.com came up with the theory that the soul stone may be the person upon whose sacrifice The Avengers assembled. Here’s the actual Theory:

“The idea is more of a thematic one than one based on hard evidence. Throughout Marvel’s first phase and into Marvel’s The Avengers, where Coulson nobly sacrificed himself to galvanize the Avengers, Coulson was the heart and – wait for it – the soul of the Avengers. Perhaps that role was a literal one as well.”

Well, it is mind pleasing and motivating but we all know that a big reveal like this will not be just motivating.

Adam Warlock was related with the Soul Stone in the comics, so people thought that Marvel may do that in the movies as well since he has been name-dropped in Guardians of the Galaxy Vol. 2, but not introduced at all. Everyone thought that he may show up in Infinity War to bring the comics to life, but James Gunn revealed that he may not even be introduced in Guardians Vol. 3 itself, and he confirmed that Warlock would not be in Infinity War as well.

Hawkeye is on a mission for it

KINGSLAYER_117 posted a theory suggesting an answer to the absence of Hawkeye, Ant-Man and the Soul Stone in Avengers Infinity War. Here’s the theory:

“Hawkeye isn’t in the film because he has gone with Nick Fury, Maria Hill & maybe Ant-Man to search for Captain Marvel, who Fury has known in the past and the whole time pretended she never existed due to something that happened in Captain Marvel (maybe the death of Mar-Vell).”

Hawkeye is being kept a big mystery in Infinity War and his Code name also starts with ‘H’, but him retrieving the Soul Stone is highly unlikely as the hidden mystery behind him would be because of his upcoming alter-ego Ronin.

The Skrulls have it 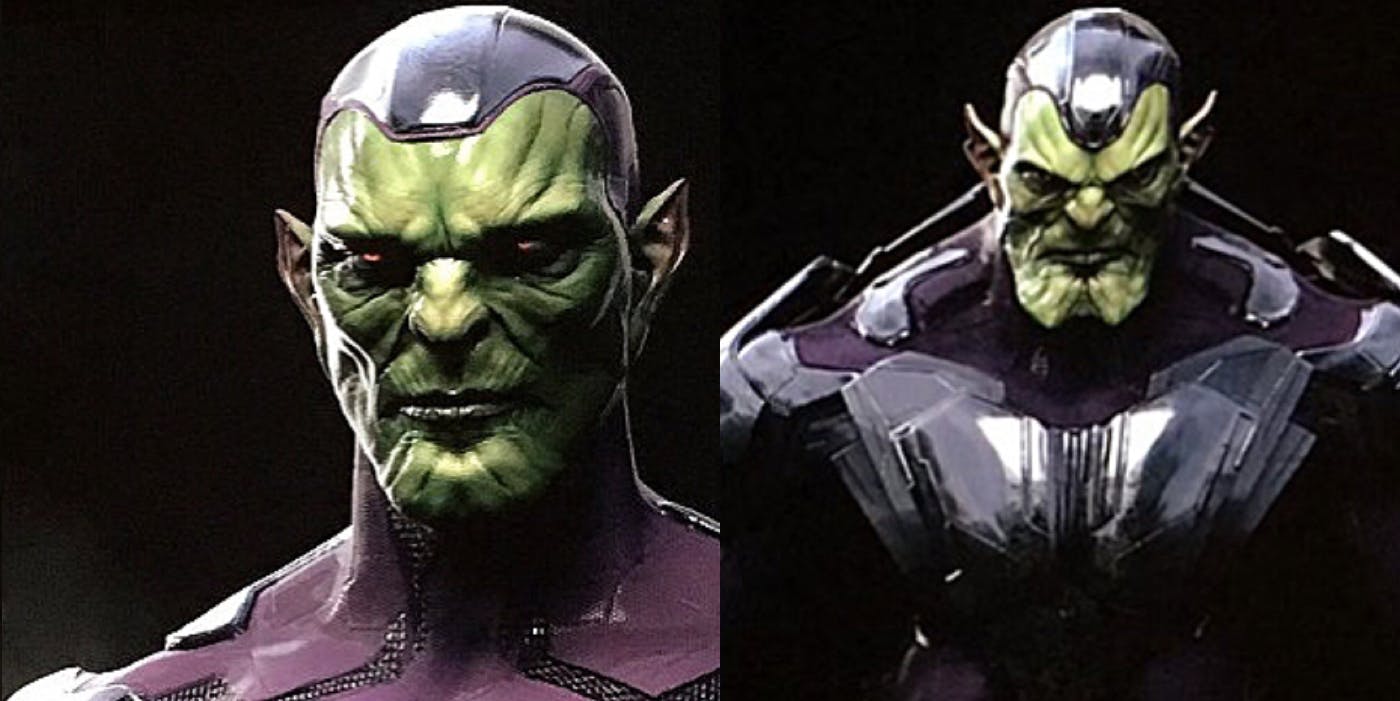 Well, people are expecting it to be revealed in Infinity War itself, but if the Skrulls are going to have it, then it won’t be revealed to Captain Marvel which comes out next year. The theory actually suggests that the reason why the Skrulls are able to shapeshift and even take the persona of a particular person is that of the Soul Stone. It could be possible, but it is not very attractive or interesting so this may not be it.

It has Silver Surfer trapped within it 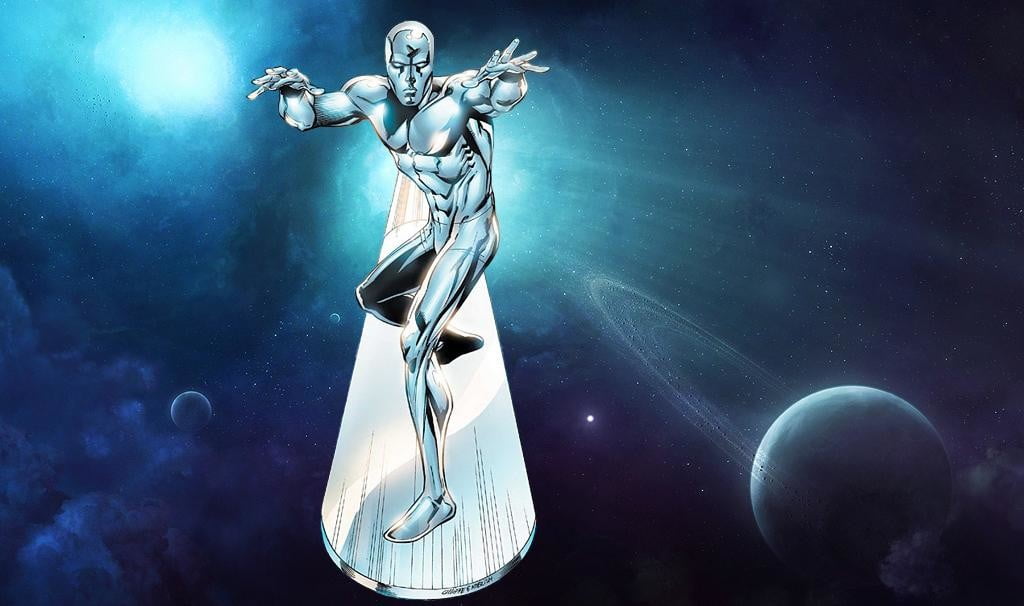 A report by ‘Metacritic’ suggested that Infinity War is hiding Silver Surfer as a big reveal since he was a huge part of the Infinity Gauntlet comic, and as Disney is going to own Fox till the next year, they may have come to an agreement to use the Silver Surfer in the MCU. this report said that the Surfer will be created by motion capture, and his big reveal is hidden because of the Soul Stone, which will be revealed in IW. But Fox has a Silver Surfer movie under production, so this is pretty unlikely.

It is liked to Tony Stark

The most recent speculation came out to be due to a marketing stunt that happened just a few days ago. A piece of Promo Art for Avengers: Infinity War showed all the Infinity Stones along with the heroes related to it and a totally different marketing department created cups displaying the same thing. 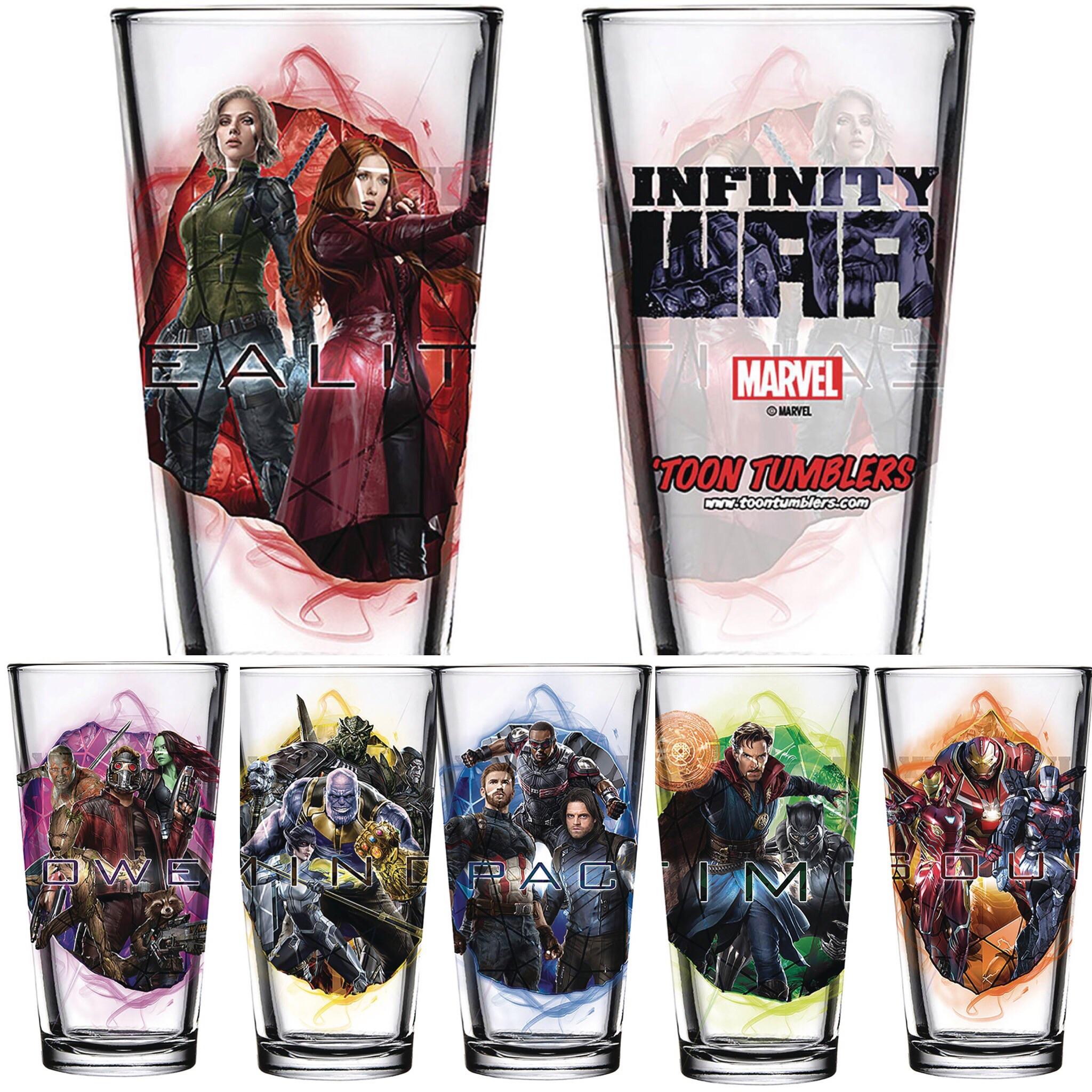 In these marketing stints, the image that showed the Soul Stone had Tony Stark and Iron Man in it, so it could be plausible that Tony would have it somehow, but given that Marvel has not hinted this ever makes it less probable to happen.

It is in the Quantum Realm

The Quantum Realm was introduced in Ant-Man and teased in Doctor Strange, but nothing of big significance has been done with it till now. This particular Theory could make sense as the Quantum Realm is a place which trapped Janet Van Dyne in it and this particular factor could even give weight to Ant-Man and the Wasp, but since it will be a prequel to Infinity War, it would not make much sense to put it in there and not reveal it in IW since IW is coming out before that.

It requires a big sacrifice to be revealed

The trailer for Infinity War teased the relationship between Thanos and his favorite daughter. This particular theory suggests the reason, why the Soul Stone has not appeared till now, is because it requires a big sacrifice of the soul of a loved one, and in Infinity War, Thanos is going to sacrifice his loved daughter Gamora to get the Soul Stone. This could give us something really emotional, but this theory does not have the big kick in it.

Gamora’s people had it

In the IW trailer, we saw a scene where Thanos was probably adopting Gamora from her home planet. Towards the sides, we could see other people just like Gamora being guarded by the Chitauri army. But a theory suggests that this sequence is not actually showing the “Adoption” as it is rather showing her people had the Soul Stone and were wiped out for not giving it up to the Mad Titan Thanos, and this is how Gamora knows how desperate and determined Thanos is to find all the Infinity Stones. This theory was given by ‘Reddit’ as:

“Also, one thing I’ve noticed about he Russo Brother’s Marvel films is that they are very precise and to the point. They don’t have scenes that don’t drive the plot, and they use flashbacks to show something that ends up being really important to the main plot right at the very end of the movie, like Steve/Bucky “with ya till the end of the line” in Winter Soldier or the Stark family flashbacks in Civil War. That’s why I think this flashback is more significant than simply showing Thanos and Gamora’s relationship.”

It is with Captain Marvel 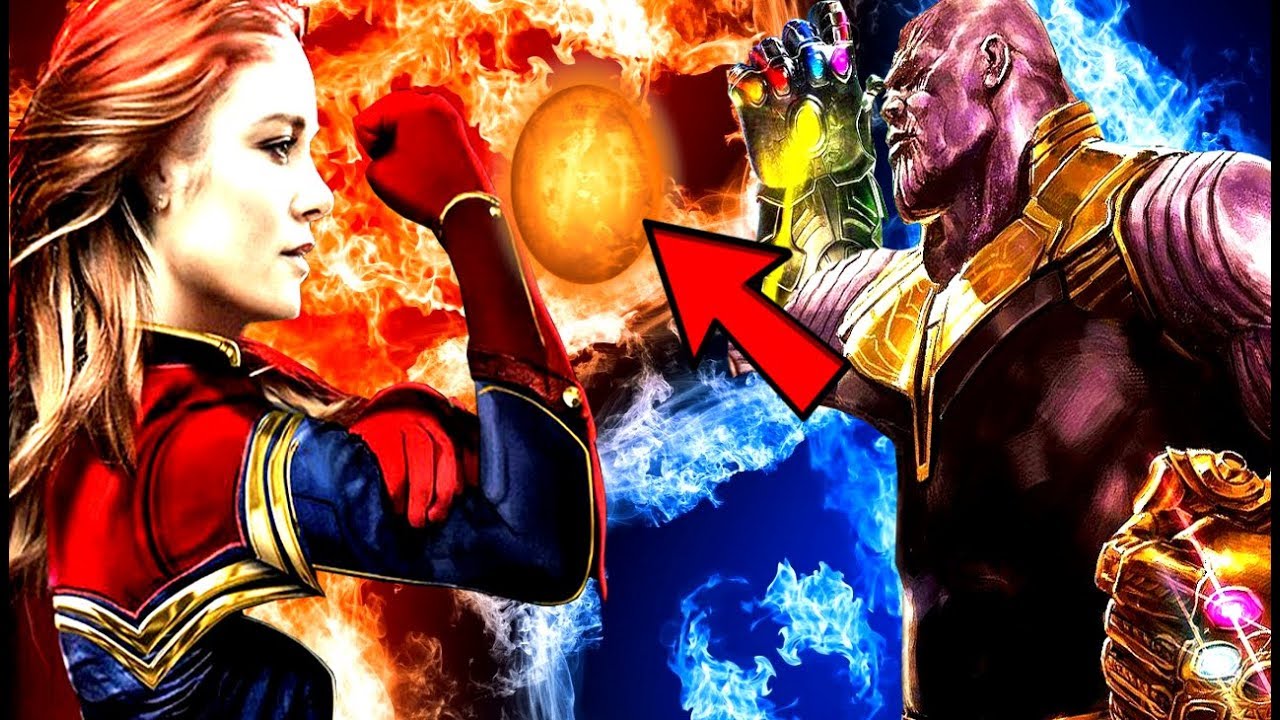 ‘Captain Marvel’ is going to be a prequel from the 90s and it will reveal that why we have not heard about her till now. CBR came up with a theory that would introduce both Captain Marvel and the Soul Stone in IW. The theory suggests that Captain Marvel came across the Soul Stone but disappeared in the 90s to save the Universe from the threat of uniting it with Thanos and that’s how she may be brought into IW.

It is lost in time!

‘Screenrant’ came up with the theory suggesting that the reason why we don’t know anything about the Soul Stone is that it has been lost for millennia and even in time. This is what could really explain why it has been hidden from everywhere and no one, not even the likes of Heimdall or the Sorcerer Supreme has any idea about the Stone. It is because it was taken out and hidden somewhere in time itself. So, this would make the Time Stone and the Space Stone really crucial to find the Soul Stone. This theory is very plausible and actually much better than any other that we have seen till now.

‘It is Titan itself’ 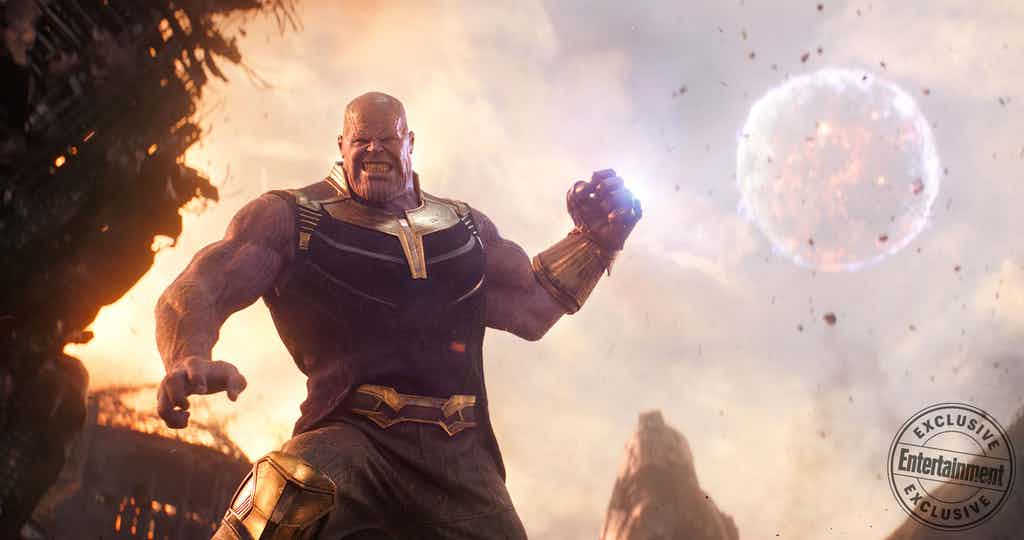 This theory is given by ‘Screenrant’ which suggests that the reason why Thanos’ homeworld Titan is revealed to be orange, which is the same color as the Soul Stone is that it possesses the Soul Stone. Many comics have shown that the Infinity Stones could grow to huge sizes and even the Infinity War prelude comic included that the Soul Stone could be a planet itself, so this theory is very plausible. It will also explain why a lot of the movie takes place on Titan.

Avengers 4 : Here's The Mind-Blowing Connection Between Adam Warlock And The Soul Stone