Infinity Stones are incredibly powerful objects. There are six of them and each grants complete control over one aspect of the universe – Soul, Power, Space, Mind, Reality and Time. Five of them have been discovered in the MCU and Soul gem is yet to be found. Here’s what ‘The Collector’ said about the Infinity Gems. Here are 15 comic-book characters that once possessed the power of an infinity stone.

The Mad Titan ‘Thanos’ has long been after the Infinity Stones in the MCU. He will come to Earth to steal all the gems to assemble the Infinity Gauntlet. He wants to be the ultimate ruler of the cosmos. But before the Mad Titan laid hands on them, several characters in the comic books already possessed one. 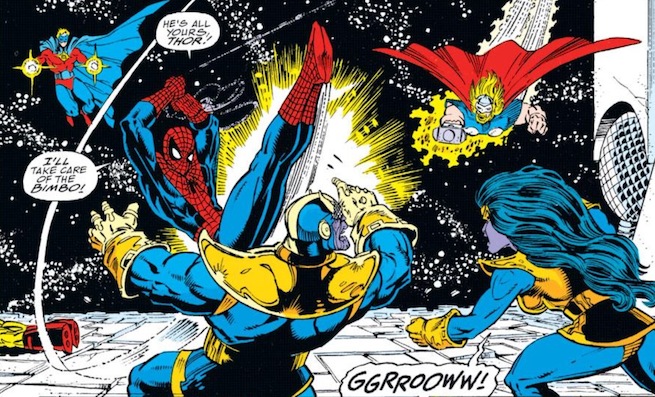 Spiderman is the most beloved superhero of Marvel fans. He has fought alongside Avengers many times in comics. Once the Mad Titan was unleashing hell on Earth and was unstoppable, as a result, Spiderman decided to join hands with Iron Man, Wolverine, Adam Warlock and Hulk to fight Thanos. He picked the gauntlet and was able to set the reality back to normal. Although, he wanted to revive Uncle Ben but he failed to do so.