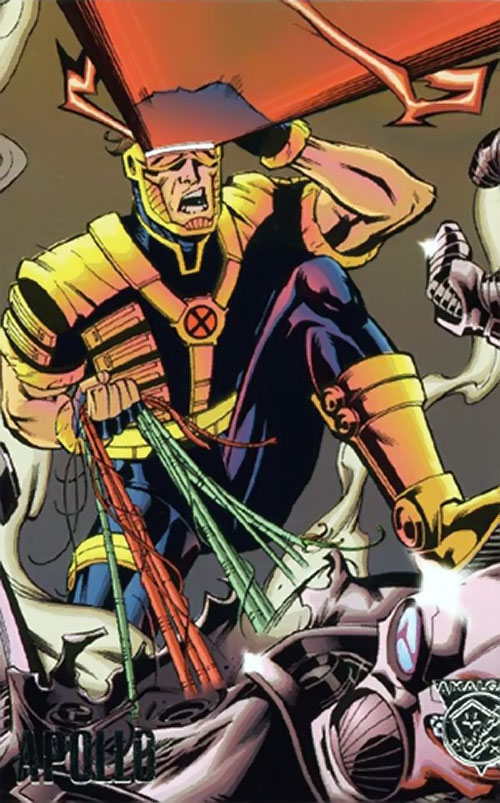 Apollo is the amalgam of Scott Sumers from Marvel and Raymond Terrill from DC. Ray Summers was kept away from the outside world by his parents until he was a teen. Telling him that the exposure to the sunlight would kill him but in reality, it made him stronger. Later he joined the team JLX and fell in love with Firebird (the amalgam of Phoenix and Fire).