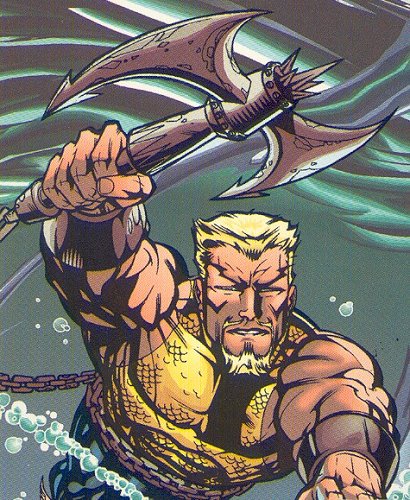 Mariner is the amalgamation of Marvel’s Namor the Sub-Mariner and DC’s Aquaman. He is the former king of the Atlantis and one of the first metamutants. He wields a chained anchor which is strong enough to destroy a sentinel in a single strike and has same abilities as that of Namor and Aquaman.