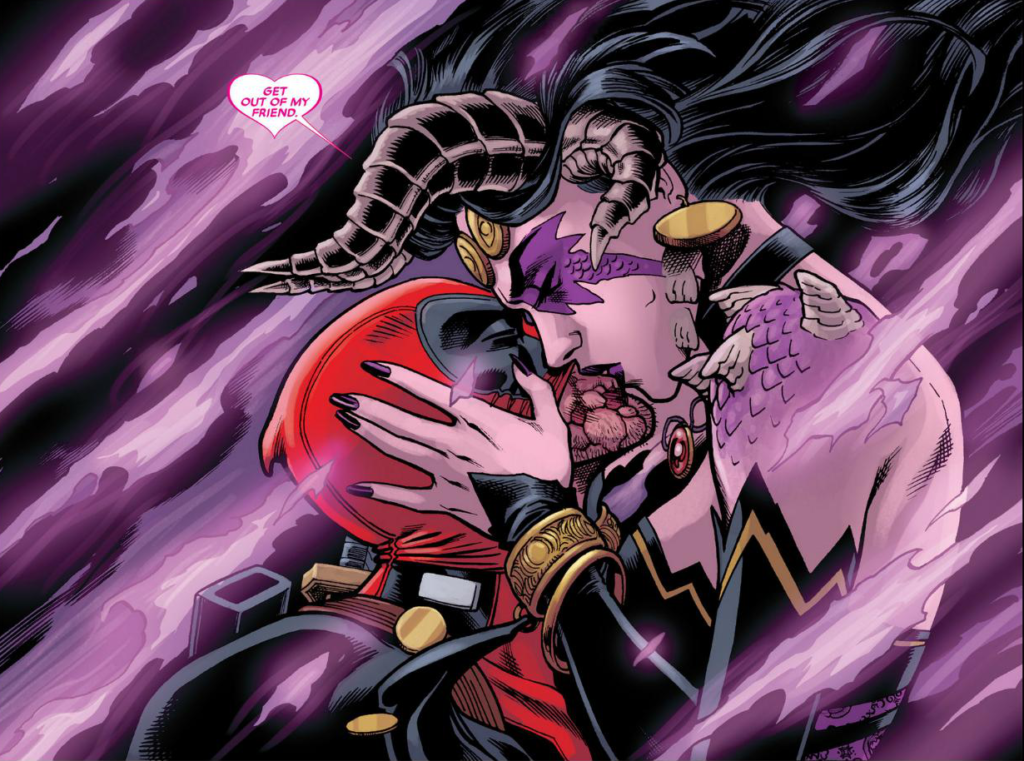 Deadpool was hired by Dracula to find out Shiklah to bring their monsters kingdoms together. She seduced Deadpool with a kiss and suck all his energies, but he survived that shocked her. The two fell for each other which worked out when they reached Dracula’s place as he changed his plans from marrying Shiklah to killing her.