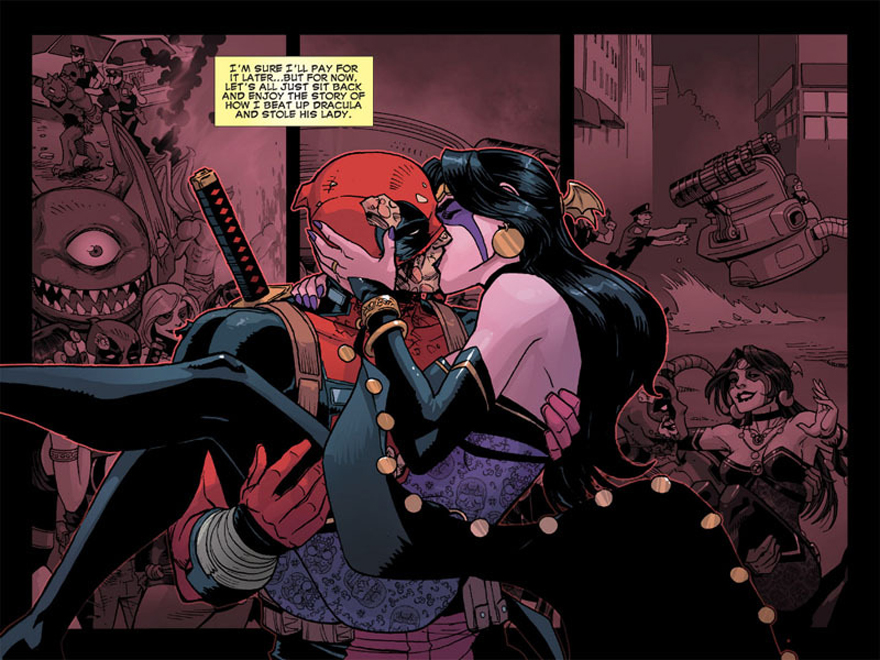 Once Deadpool started to see these visions where a specific woman would come again and again. He found this woman who turned out to be his wife who had died and then brought back to life. He talked about how they were so happy until an evil mercenary T-Ray came and killed Mercedes as he captured Deadpool. Later, he revealed that he was real Wade Wilson and Mercedes was his wife. It’s really complicated!