With the start of the new decade, DC Comics has started to make some serious changes in their superhero line-up. No longer is the domain only limited to a few known names. New superheroes have recently made huge waves in the DC Universe and you must know which ones are going to become huge in the near future. 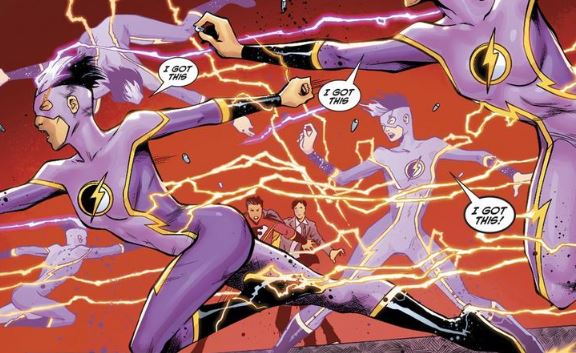 The Speed Force Storm that took Central City by surprise gave a lot of unknown residents access to the Speed Force. Avery Ho was one such individual who became a speedster. Avery Ho was a quirky and carefree superhero who was clumsy and reminded us of a lot of Wally West during his earliest days as the Flash. 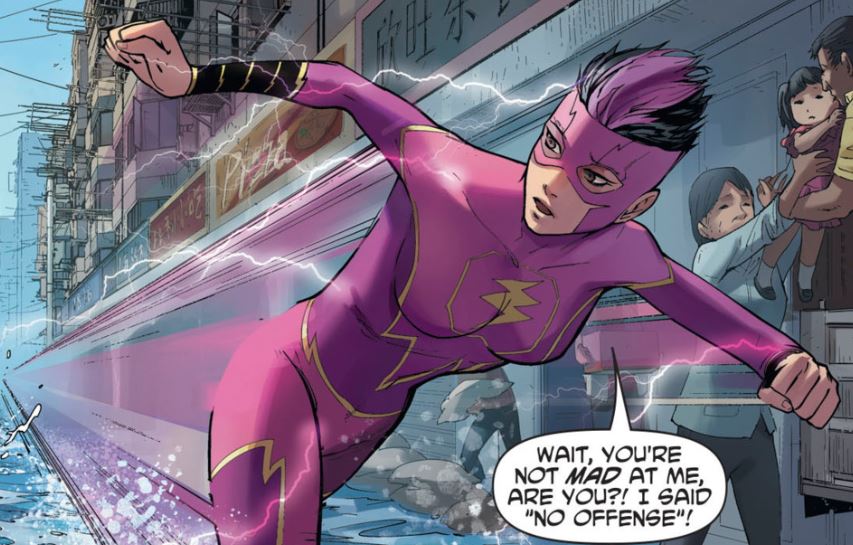 Avery was trained by the Flash and Meena Dhawan aka the Negative Flash. She was then tricked by China White into joining and working for the Triad before she realizes the error of her ways and betrays China White. Avery Ho later joins the Justice League of China as the new Chinese Flash. Avery has all the powers of the Flash but she is also able to emulate an ability that is not present with Wally West but the original Flash – Barry Allen. Like Barry, Avery can steal speed from other objects and individuals.

We could have also included Simon Baz in the list who is also a relatively new character belonging to the Green Lantern Corps. Jessica Cruz scores higher over Simon Baz because she has a pretty amazing back story that provokes fans to align with her. Jessica Cruz was an ordinary teenager who went on a hunting trip with his friends. She was the first-hand witness to a Serial Killer who was also in the woods, summarily stalking and killing off all her friends right before her eyes. Jessica was highly traumatized by the entire ordeal. 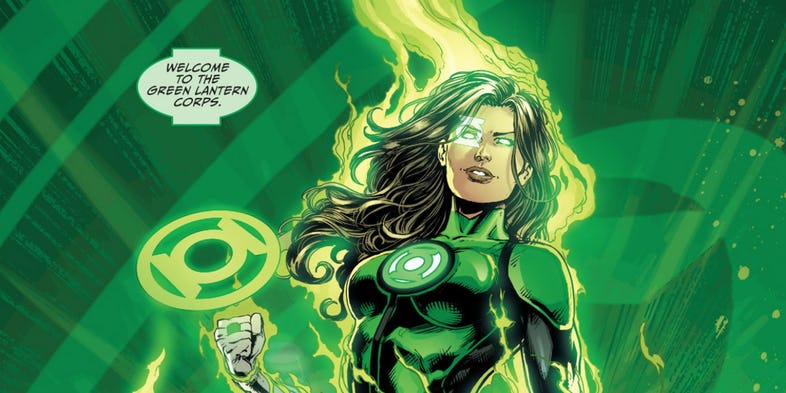 When the Green Lantern ring chose her, it actually went on to project her worst nightmares into her mind, as a way to help her get rid of her fears. But all it was doing was torturing her. In the end, Jessica overcame her fears and played a vital role in Darkseid War. 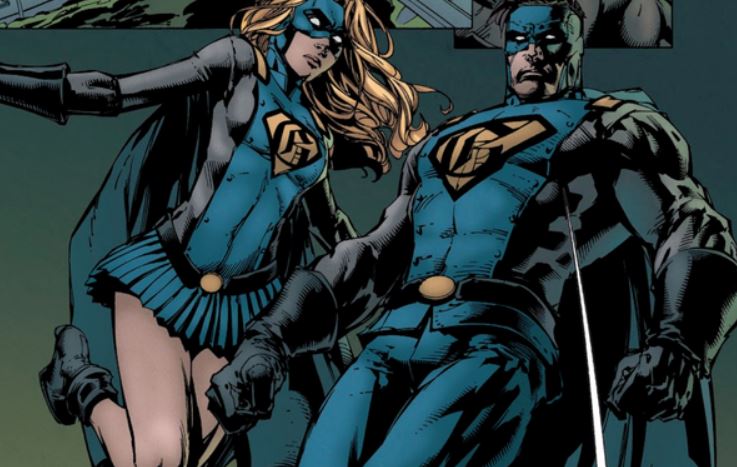 The super-powered duo Gotham and Gotham Girl wowed the readers when they first entered the scene. They had amazing powers like Superman and Batman actually believed that he had found a worthy enough successor to replace him as the new Guardian of Gotham City. But Gotham and Gotham Girl’s Superman-like powers came at a terrible price. The more they used it, the more they came closer to death. 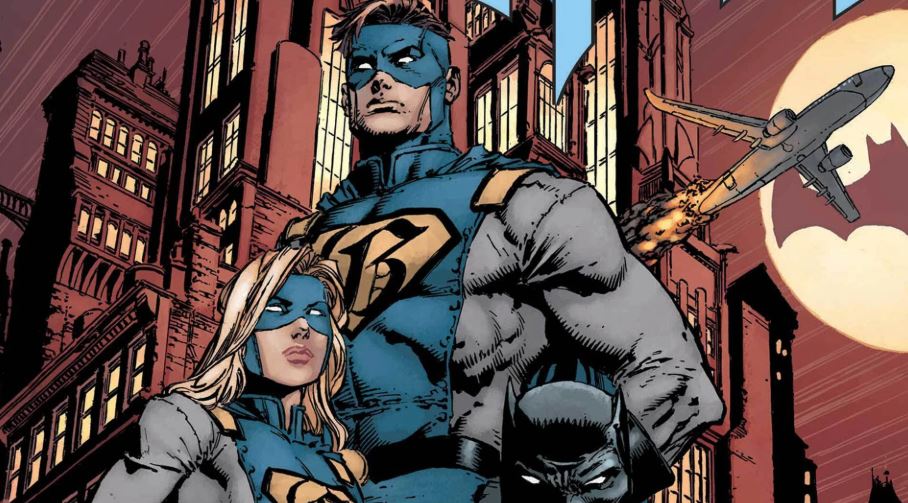 After one unfortunate event, Gotham died and Gotham Girl was left as the sole inheritor of the Gotham powers. She was forced to fight like a normal vigilante like Batman and was refrained from ever using her powers. Batman has managed to restore her powers and now she can use them without fear of impending death. So we know that this chick is sticking around for the coming years to come. 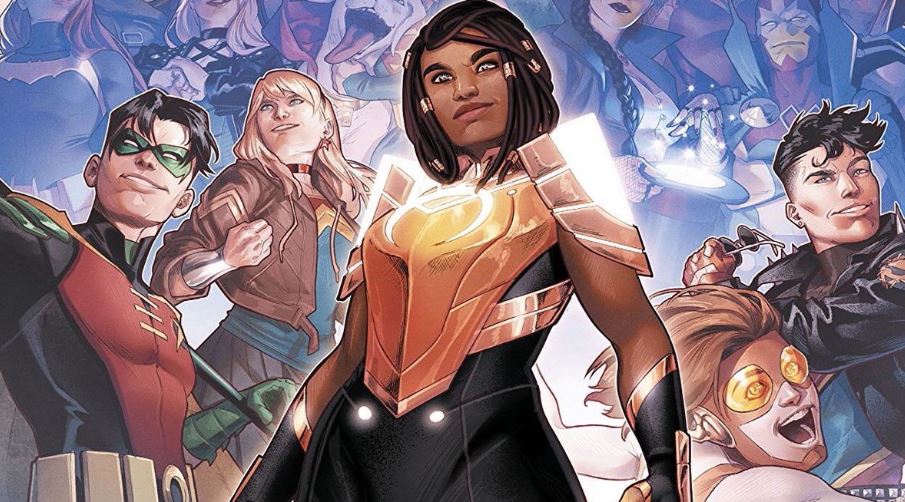 Naomi McDuffie was born in an alternate reality Earth. She was one of 30 individuals given God-like abilities. Naomi does not have a superhero code name. She is just cool with her first name as her superhero alias. How cool is that!! Naomi’s purpose in life is to defeat her parents’ greatest arch-nemesis – Zambudo. 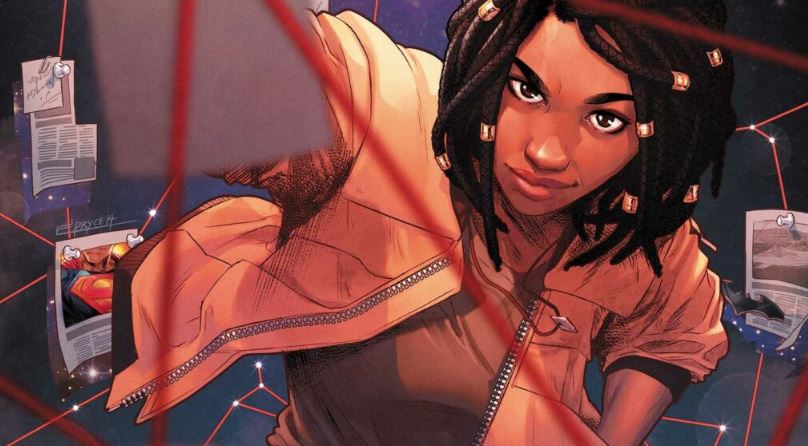 Right now she has partnered up with the Teen Titans and is currently being mentored by the Man of Steel on how to control her powers. She has pretty much the same power levels and skillsets as Superman. With Naomi being prepped for the long haul, the decade that starts with 2020 holds a lot of promise for DC Comics! Even the fans love Naomi McDuffie so we know she is going to be a hit. 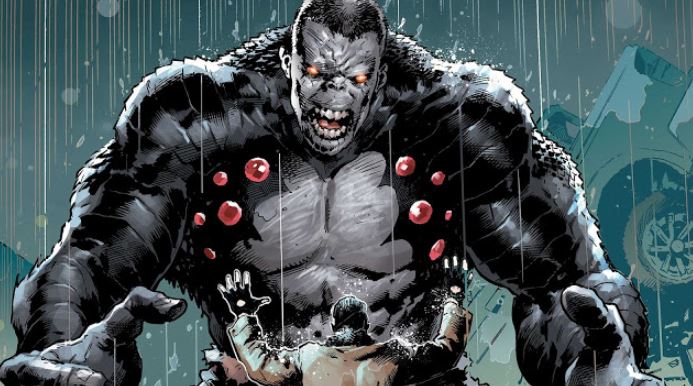 Damage is actually a Superhero that came before 2010. He is Grant Emerson, the son of Al Pratt – the Original Atom. But DC Comics came up with another superhero after the events of Dark Nights: Metal who shared the same name but with different abilities. Ethan Avery wanted to help serve his country. A secret government-funded research project ended up creating a monster out of Avery. 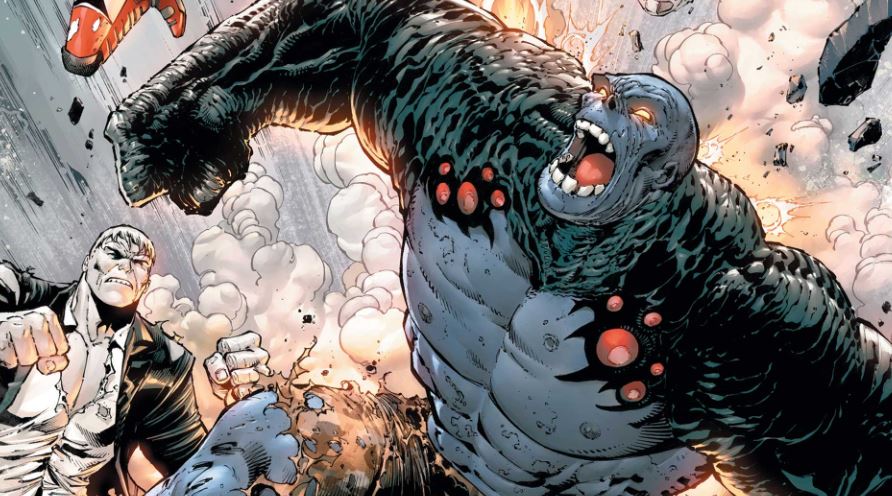 After finding traces of cosmic metal in his blood, the project exploited his DNA and activated his latent meta-human powers using Nth Metal as a catalyst. Ethan Avery can transform into an unstoppable monster with superhuman levels of strength, durability, stamina, and endurance but for only one hour a day. Moreover, Damage is basically DC’s answer to Marvel’s Hulk. 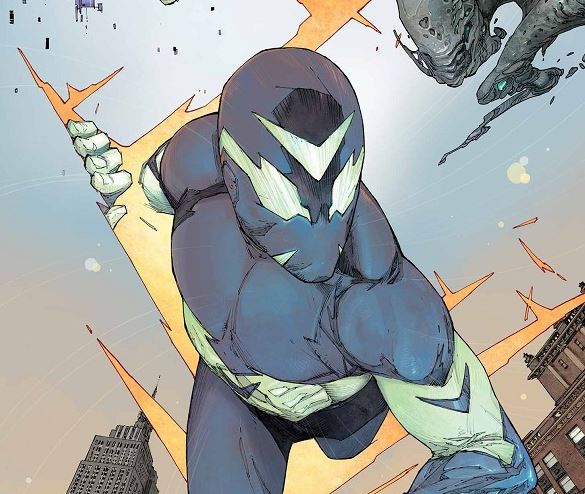 Sideways is a completely new character who does not share his name with older DC superheroes like Damage. Sideways’ real name is Derek James. When the events of Dark Nights unfolded, the Challengers Mountain appeared right in front of him and his mother when the duo was visiting Gotham City. Derek was unlucky enough to fall into a deep crevice created by an earthquake that rocked the city. 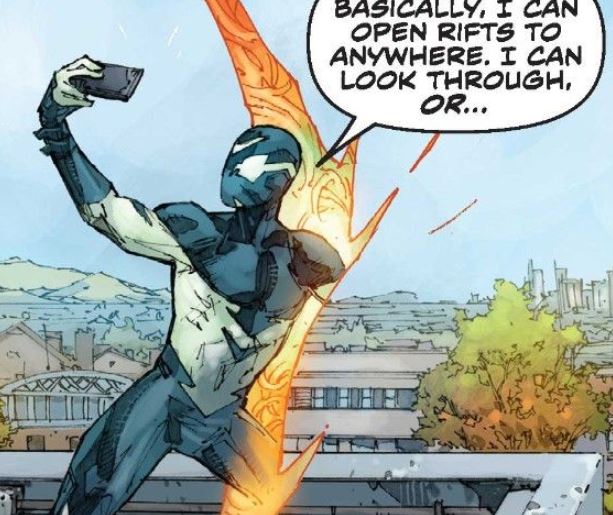 The crevice was filled with dark matter energy being radiated by Challengers’ Mountain and Derek transported through a rift into the Dark Multi-Verse. Exposure to unknown Dark Matter energies gave him the ability to teleport across vast distances, which is how he escaped from the Dark Multi-Verse. It is quite plausible that Derek as traces of cosmic metal in his body that helped him gain superpowers.

Pandora is the name of the woman who opened Pandora’s Box, unleashing the seven sins that destroyed humanity and wreaked havoc all over the world. For her crimes, she was punished with immortality and an eternity of loneliness by the Council of Wizards. Pandora belongs to the Trinity of Sin, the other two being the Phantom Stranger and the Question. The origin and the reason for Trinity’s existence are not known. 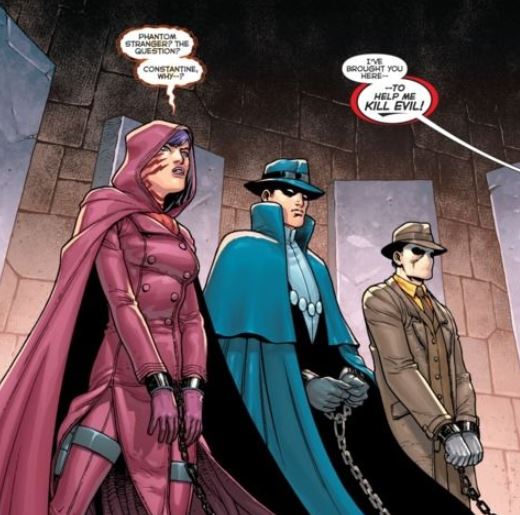 The element and aura of mystery around Pandora only makes her even more appealing. Since she is immortal, Pandora has trained in all forms of martial arts and also knows magic after studying it under several accomplished ancient mages and sorcerers of history.

People love Bunker. Period!! One of the very first DC Superheroes who openly embraced his sexuality, Bunker is an openly gay character who is vocal about his orientation. He is Mexican and he likes to joke around a lot. Bunker has the ability to create massive energy constructs. But his real superpower is his infinite amounts of optimism that can keep the spirits of his team up and morale high even during the bleakest of times. The bunker is one superhero you should watch out for because this guy is definitely going places. 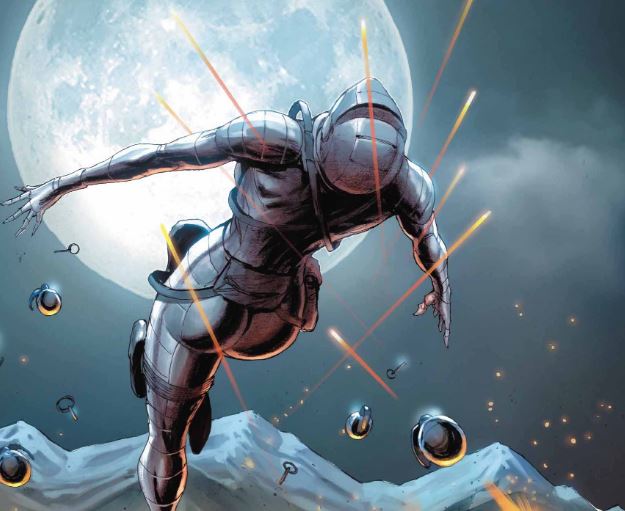 People do not know whether the Silencer, who is another superhuman that surfaced after the events of Dark Nights Metal, is either good or bad. For starters, Honor Guest is the right-hand woman of Talia Al Ghul and is considered the world’s greatest hit-man. Her superhuman ability allows her to create a bubble that is completely soundproof within her immediate vicinity. This helps her mask her presence and become the stealthiest assassin o ever exist. 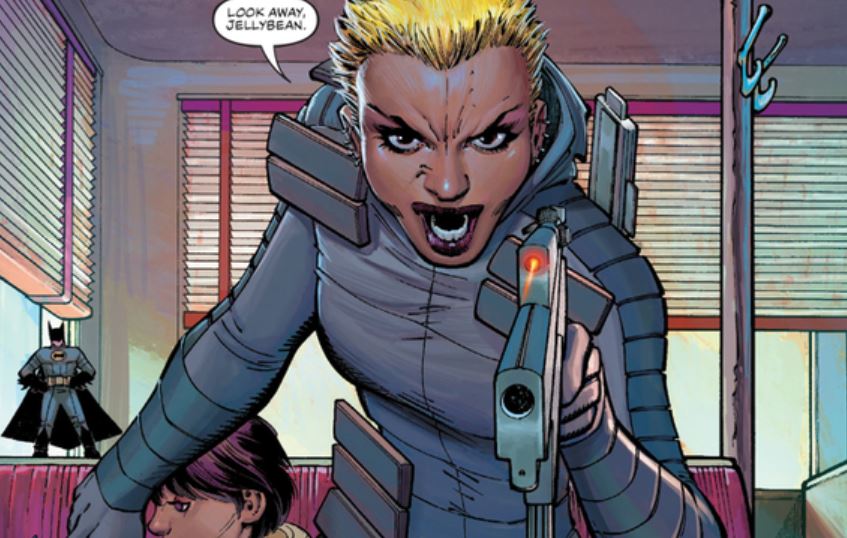 Not even Batman has what it takes to detect The Silencer. Rumors suggest that The Silencer has actually been considered to become a superhero as the pages unfold in the new decade. Right now, she has shown herself to be a highly capable woman who always gets what she wants. More or less, The Silencer could become one of DC’s greatest female Anti-Heroes. 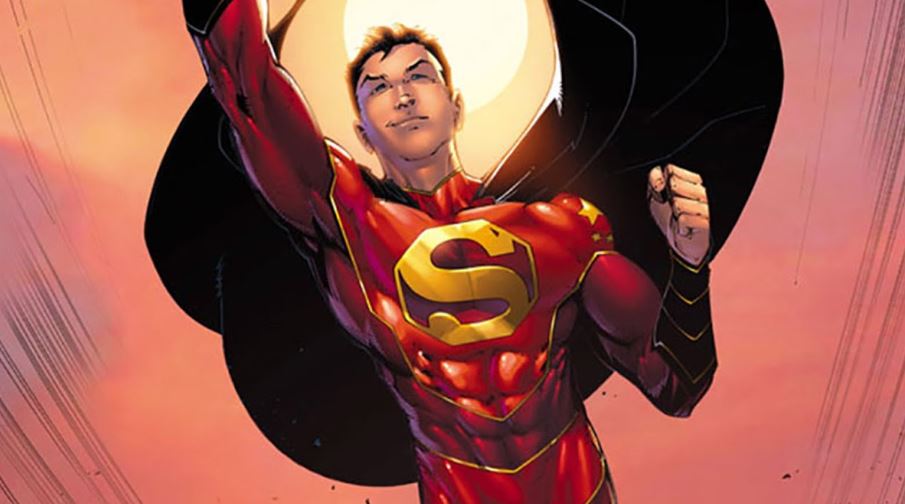 Kenan Kong was a bully who was hated by his friends. Opportunity knocked at his doorsteps when DC Rebirth happened. Kenan Kong as blessed with the same powers as Superman. He tried to start life afresh by trying to save and help people with his powers. His past life as a bully stopped him from doing that. Kenan was brash, reckless, and totally not a team-player. But the beauty of it is – Kenan learned. He decided to let go of his base instincts and start trusting his teammates more. Kenan Kong changed into a better person. He became worthy of the mantle of the Superman of China and is now the leader of the Chinese Justice League. 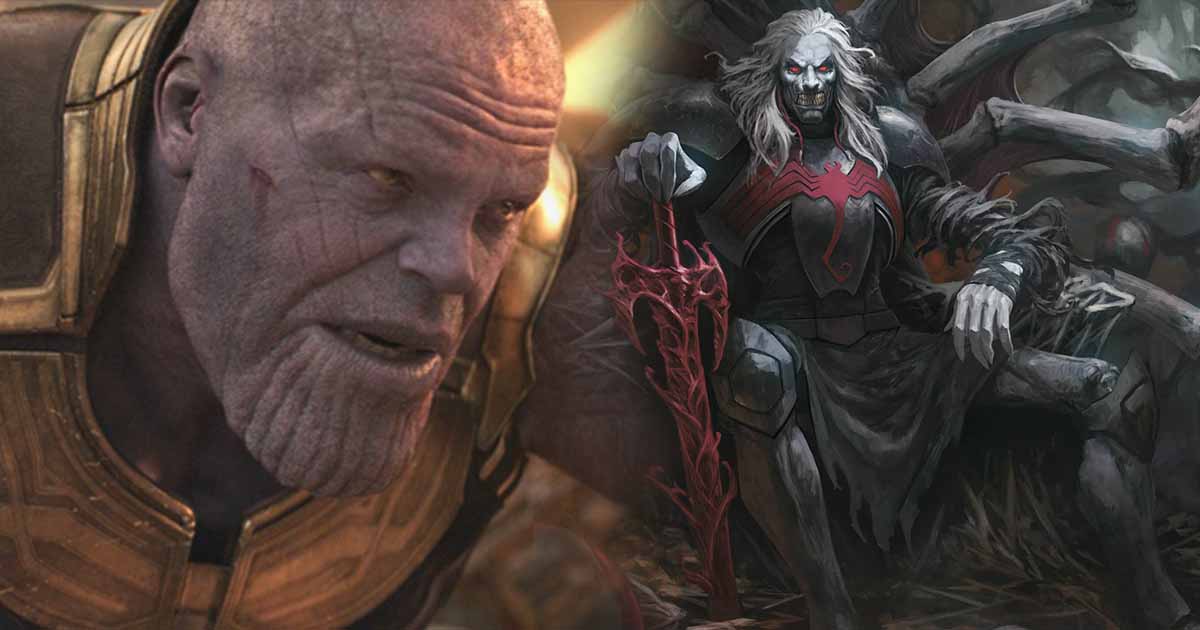 Marvel Comics Finally Admits Knull, Not Thanos, is Their Greatest Villain Ever 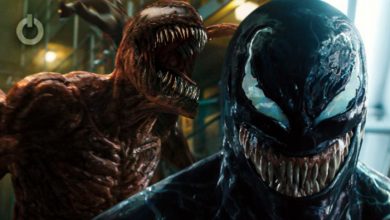 How Carnage Failed To Make His Next Big Attack On Venom