There was one scene in particular that duped us all. In the Super Bowl TV spot of Avengers: Endgame, we saw Steve, Bruce, Natasha and Rhodey coming out of the Avengers facility looking at something in the sky. All four of those were placed in a certain position that led us to believe that someone with likes of Rocket, Thor, or perhaps even Captain Marvel was missing from the scene. Captain Marvel was present there, but she was the one that brought Tony back, and no one was actually missing!

But this does not mean that there weren’t any scenes that were missing or edited from the trailers. Joe Russo said last year that:

So, Endgame was always going to derail our thinking by giving us fake scenes. Here’s everyone of those we spotted: 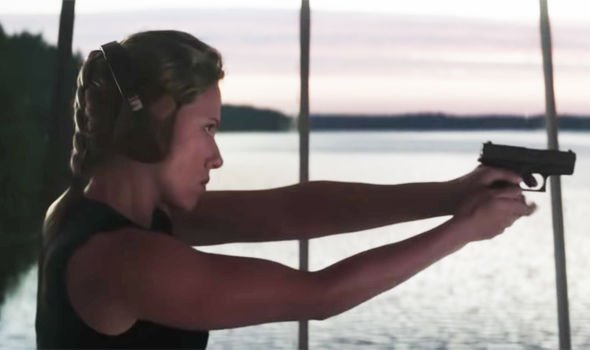 We saw Nat practicing her marksmanship in the Avengers HQ having long braided hair. Well in this scene, Nat could have had Red hair but the scene was nowhere to be found in the final movie.

Now this scene was definitely in the final cut of the movie, but here one of Marvel’s great editing tricks were used. The Shield we see in the here seems to be fully fine, but in the film, the Shield that Cap straps was almost broken into half. Thanos was able to break the strongest metal on Earth with his doubled bladed sword, and that was the moment we all had our hearts in our mouths, since Cap going have actually died doing it all day.

Natasha sitting in the Rain

Well, there seems to be a whole lot of Black Widow edited out of the final film as there are two more shots coming in. As of now, let me point out the fact that Nat wasn’t seen sitting in the rain brooding over the loss of snap victims. Also she wasn’t a 100% Blonde when she went in to bring Clint back.

This scene showed us a Buddy Cop moment between Rocket and War Machine when we saw it first in the trailer. Now this particular scene did make it to the final cut of the movie, but there were things that were obviously removed. Rhodey’s suit was changed as instead of the War Machine color theme, he was wearing the Iron Patriot Red-Blue suit. Also, the Hulk and Giant Man were present in the back as well.

We saw multiple trailers that used Thor’s thunderous scene which was similar to his entry in Wakanda in Infinity War. Well, this scene was definitely not in the film since Thor was a big fat Demigod with a braided beard and long hair now.

Captain Marvel was in the film for a fair bit of time. She did much more than any other snap victims did. But amidst all the hair changing and suit changing moments, she actually wasn’t seen wearing her helmet throughout the entire film. But that moment did happen in one of the Avengers: Endgame trailers. 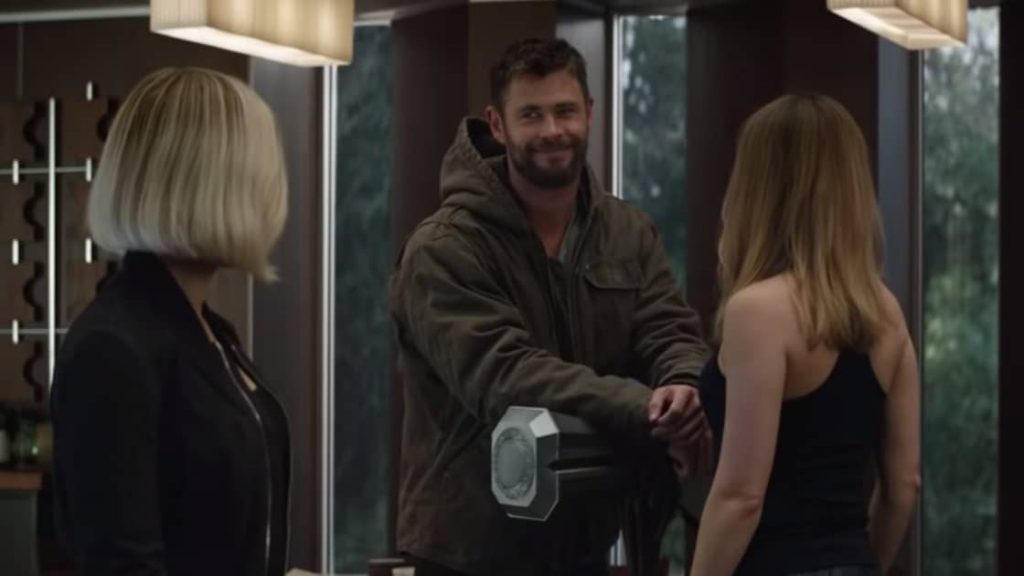 Well, this moment was there in the film, but only until the time he says “I Like This One.” In the trailers, Thor smiles, but in the film, that Smile was edited.

Thanos did exactly what he said.

Given the fact that her hair are blonde here, this scene would have taken place right in the beginning of the film. So Widow must have been explaining what really happened to Captain Marvel, and not Ant-Man. Whoever it was, it doesn’t matter now because this scene wasn’t there in the final cut of the film.

This moment of Cap and Tony was seen in the special look that came out in the beginning of this month. Director Joe & Anthony Russo did warn us that this scene wasn’t going to be in the final film. Well, we knew what that warning meant as Cap’s suit was notably altered through CGI. The suit we saw in the trailer actually doesn’t exist as it is a mix of the Infinity War suit and the new Endgame suit. Cap was instead seen wearing his Avengers 1 suit as disguise.

With the time jump taking us 5 years in the future, we see Rocket and Hulk take a trip to New Asgard upon Earth. They travel all that distance in order to get Thor back. Reaching there. We see Rocket enter Thor’s home while and Hulk is also there in the back. But in the trailers, it was just Rocket getting in. Professor Hulk was removed. 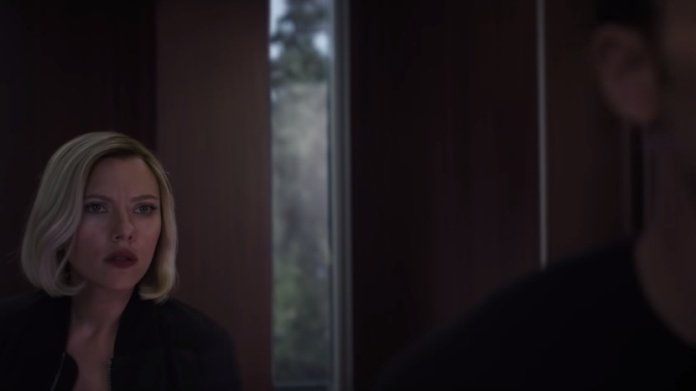 Right when Scott Lang arrives at the Avengers facility after meeting his daughter. It is just Cap and Natasha who are present there. We saw this moment in the trailers but as Cap and Natasha stand up being surprised, Natasha is seen in her short blonde hair from Infinity War. But in Endgame, she has red hair as this scene actually takes place 5 years in the future.

The Avengers: Endgame TV spot showed us the shadow of the Avengers walking in a line in the Avengers facility. Well, they were but that scene was edited as some of the Avengers like Tony Stark, the Hulk and Nebula was missing. Moreover, Thor still was in shape. But this entire shadowy moment did not make it to the final movie at all.

“I know it’s going to work, ’cause i don’t know what I’m gonna do if it doesn’t.” This line was said by Cap in the movie as well, but there, Thor was sitting behind him. Cap wasn’t seen crying in the film so there’s that too. Here are a few precious tears of MCU’s former leader:

So, that’s all from the trailer trickery. Tell us if you find any more scenes that we may have missed.