Official! Katherine Schwarzenegger and ‘Guardians of the Galaxy’ star Chris Pratt are now engaged and the news has been shared by the actor himself on his official Instagram account. His long-term girlfriend Katherine and him are now engaged officially. 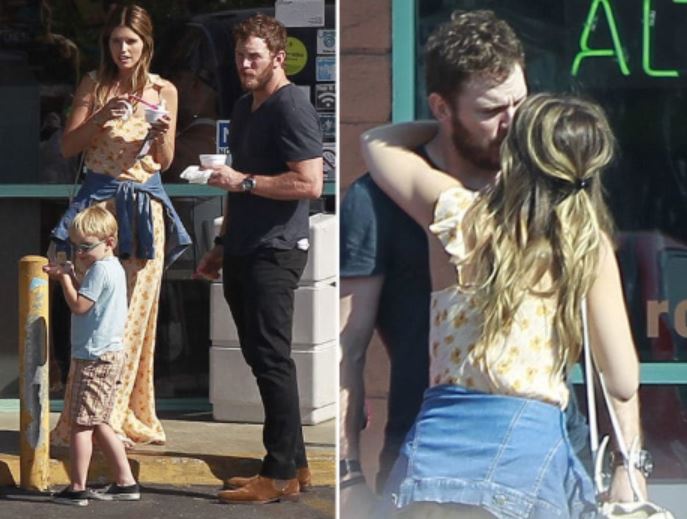 The picture which Pratt shared announcing their engagement is really really sweet and romantic as in that picture we can see Katherine showing off her ring with her arms around Pratt’s neck. Pratt wrote in his post,

“Sweet Katherine, so happy you said yes,” Pratt wrote in the post. “I’m thrilled to be marrying you. Proud to live boldly in faith with you. Here we go!” Pratt’s post is shared down below. 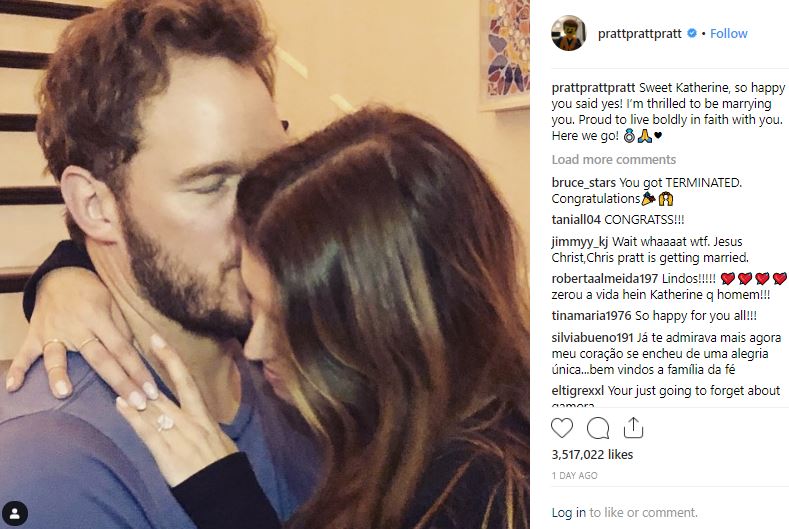 In a reply to the Pratt’s post, Katherine also posted the same picture and captioned it as:

“My sweet love. Wouldn’t want to live this life with anyone but you ♥” 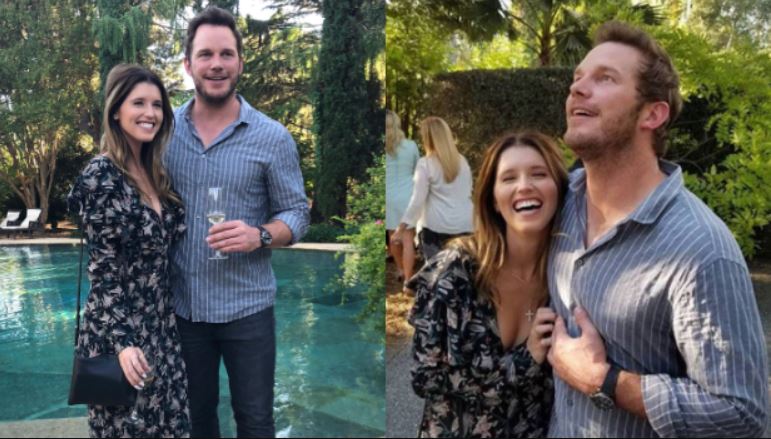 Well, we all know that they both love each other a lot and it is very much evident in the pictures they share on the internet as well. Recently, one of the closest people to the couple has given a statement to People.com in the context of their relationship and said,

“They’re both serious about the relationship and hopeful for the future, Chris doesn’t just date to date, and neither does Katherine. She’s very excited.” 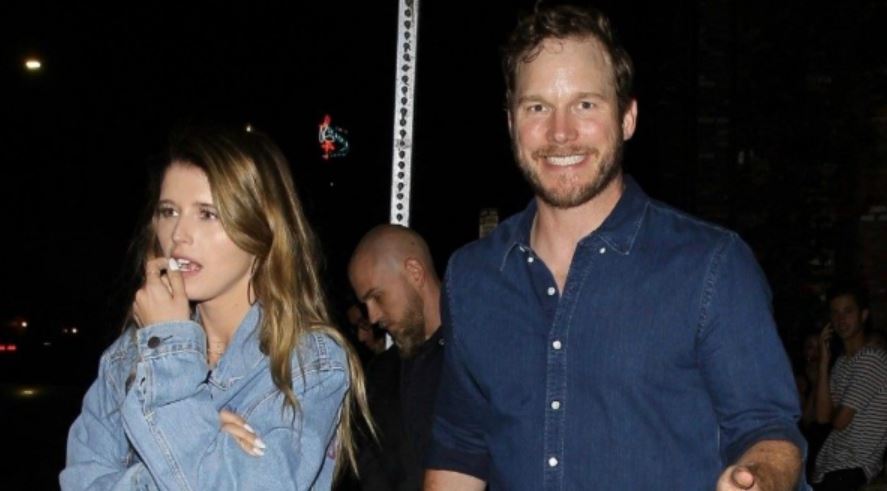 We all know Katherine Schwarzenegger is the beloved daughter of Maria Shriver and Arnold Schwarzenegger and she has been dating Chris Pratt since June 2018. Well, in terms of the span of their relationship, it may seem like a hurried decision but in a different perspective, the couple bonded amazingly in just a short span of time, which is great. 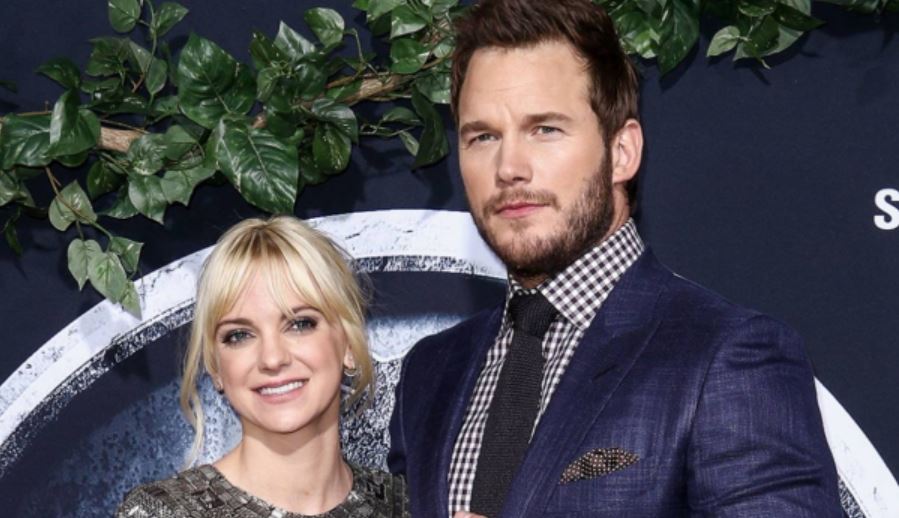 Also, this is the very first relationship in which Pratt has been involved since his divorce as we all know that Pratt and his ex-wife Anna Faris had announced that they’ve decided to part ways after 9-long-years of marriage. But, both Anna and Pratt are still co-parenting their son Jack, who is six-years-old now. 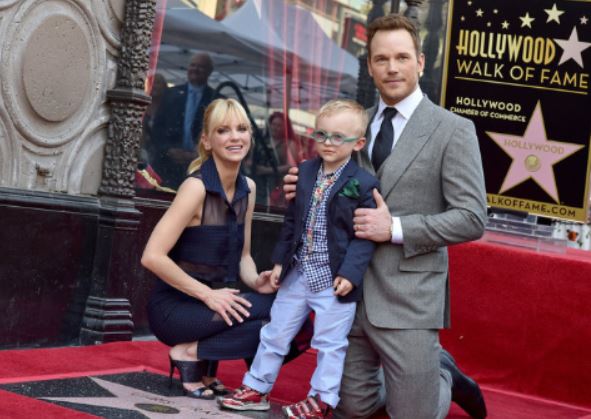 In fact, it has been stated in the divorce papers that both the parents will have to live within a distance of five-miles until their son completes sixth grade in order to keep things normal for the child. 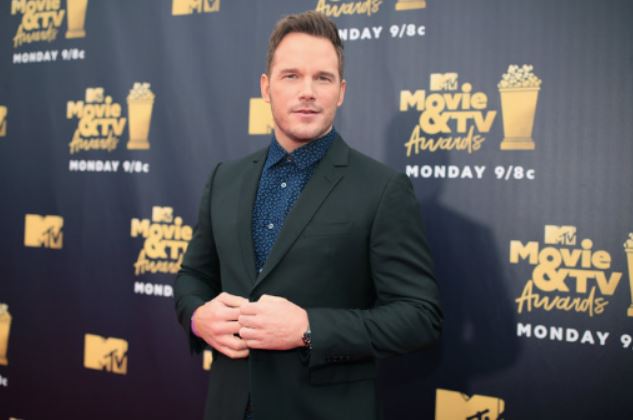 Talking about the man of the hour, then we all know that Pratt has had a tremendous year as he has been part of movies like Avengers: Infinity War, Jurrasic Park: The Fallen Kingdom and is going to feature in Avengers: Endgame this year with The LEGO Movie 2: The Second Part also coming this year. 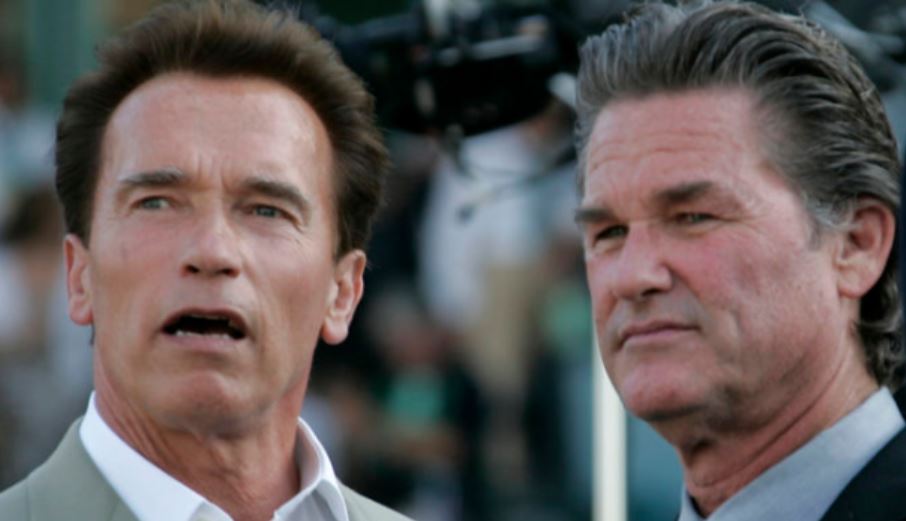 Chris Pratt has made a name for himself as we all know that his character Peter Quill aka Star-Lord has created a very big fan base for himself but we have to say that Pratt had Ego – The Planet as his father and now, has Arnold Schwarzenegger as his Father-in-law. It seems like, Pratt doesn’t like normal humans and always want to associate with different ones. 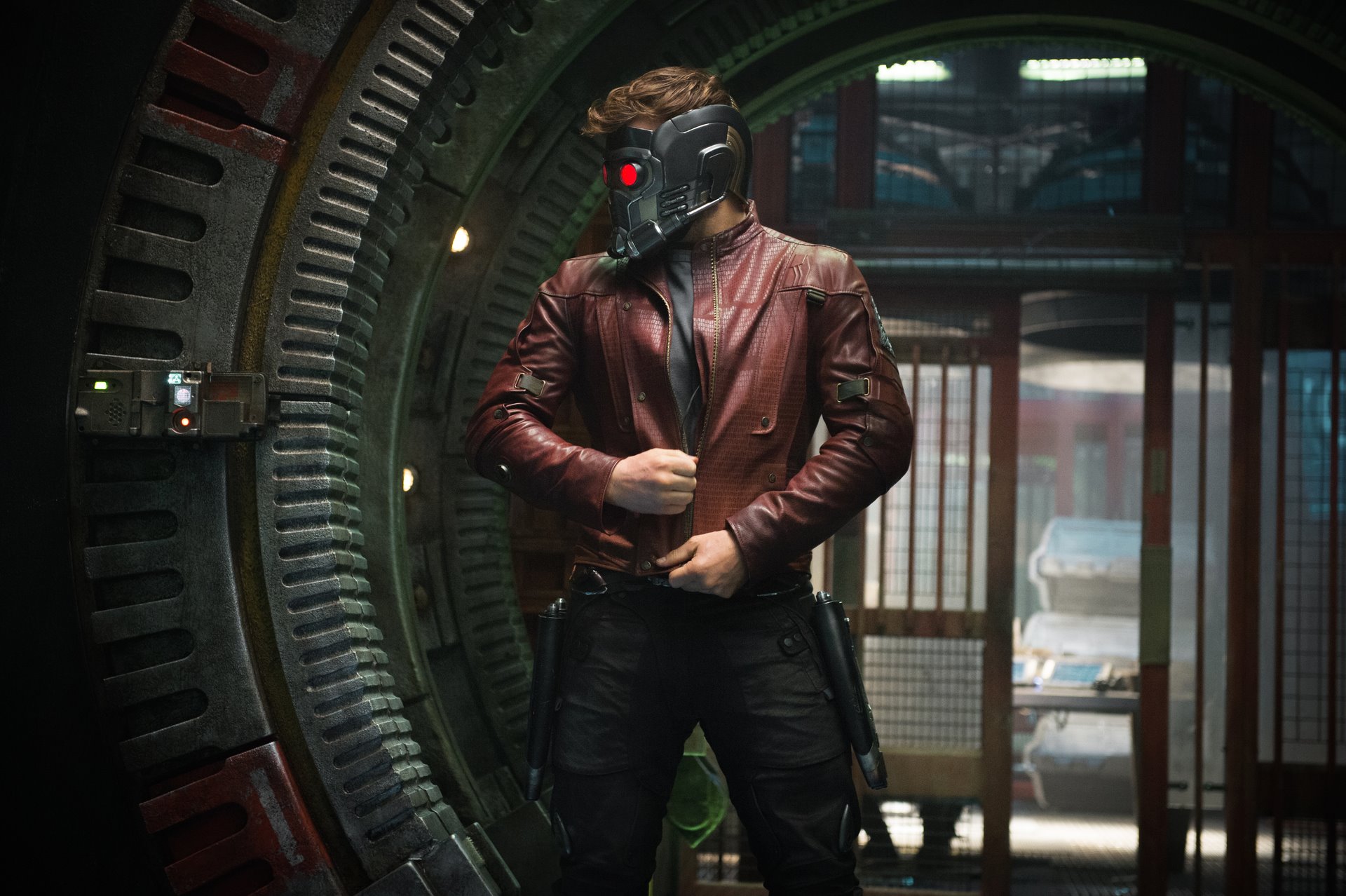 The movie Avengers: Endgame will release on April 26th and no wonder a lot of eyes are going to be on Peter Quill as at what end they’ll leave this character is one of the most-awaited things of the movie as we all want to know about the future of these characters in the MCU because there are no official talks of a Guardians of the Galaxy Vol. 3 movie right. 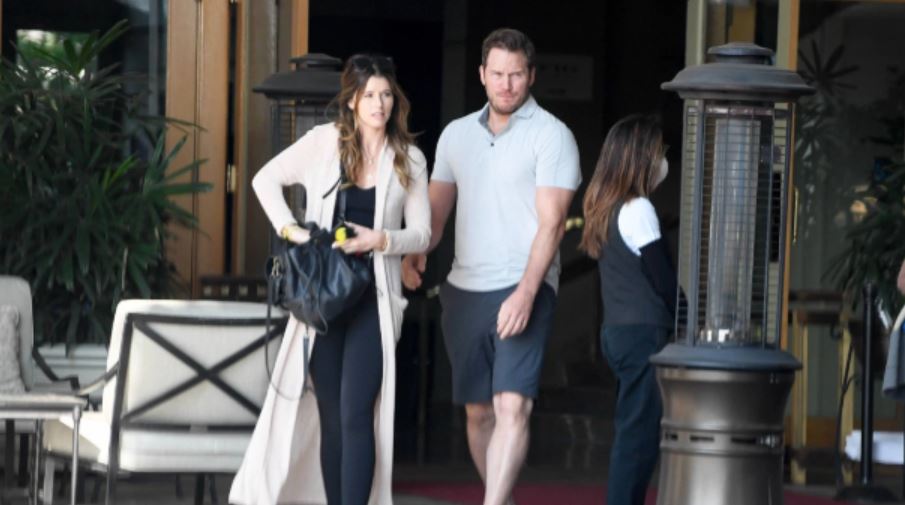 But, in the end, we all simply want to pray for the well-being of the couple and may they have an amazing time together from now onwards and also the love between them may only hit new heights.

What do you think about the engagement of this couple? Tell us and also shower your love on them by your blessings in the comments section down below.