It truly is a game of thrones. In this bloody battle of betrayal, there can only be one winner. It is not the strong who win in the arena but the clever and vile. Game of Thrones struck that message home when they showed us the most fan favourite of characters bite the dust in its entirety of seven seasons. HBO’s Game of Thrones is about a medieval era where different dynastic and political houses fight for power. The seventh season of the series ended with Daenerys and her forces landing on Westeros as the entire continent prepares for the incoming invasion of the White Walkers and their undead army. 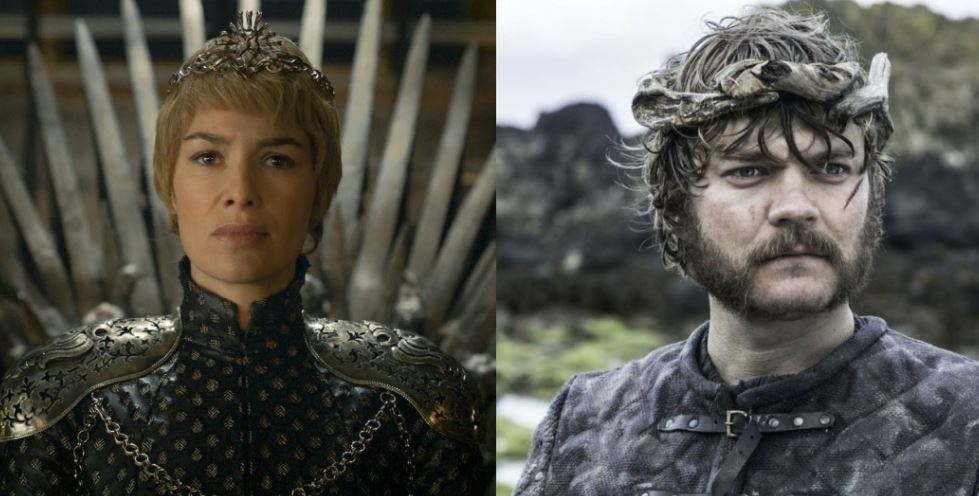 With the Lannisters and the Greyhoys plotting against her, all Danerys has is her trusted council of advisors to stop the extinction of the human species as we know it. But as you know – when it rains, it pours. This new fan theory states that Daenerys will have to deal with one more threat that will rise from within her most trusted allies. Tyrion Lannister, according to this theory, will back stab Daenerys Targaryen!! Presenting – Game of Thrones Season 8 theory claims Tyrion will betray Daenerys!!! 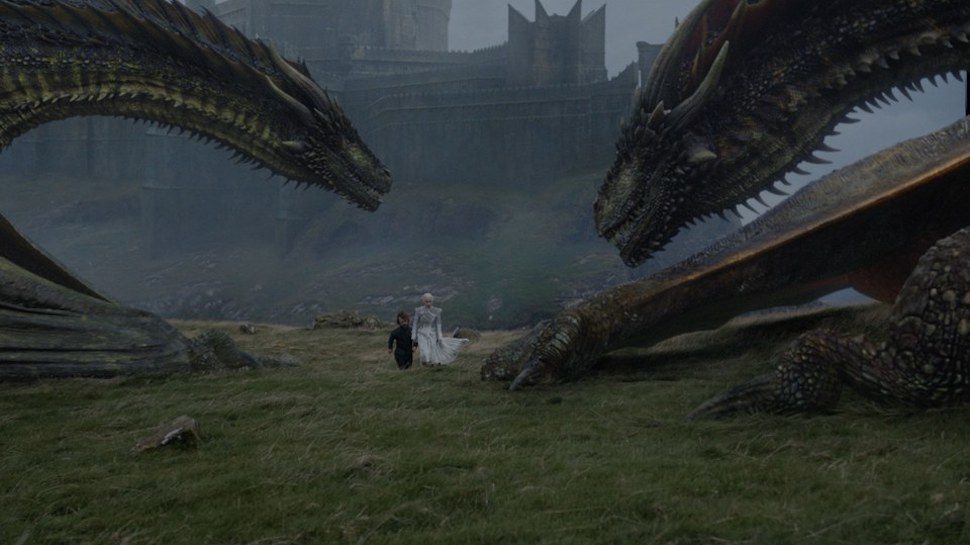 Dany and Tyrion started out good but their relationship has recently encountered rougher waters. Dany periodically dismisses Tyrion’s wise words even when he is right and makes the most logical sense. Dany’s cruel and violent tactics when it comes to treating her Westerosi enemies are evident and by the looks of it, Tyrion is one of the first to witness it first hand and up close. It is quite the possibility that Tyrion is going to go down the dark path and show his true Lannister colors when he betrays his Queen in Season 8 of Game of Thrones.

Season 7 showed us several story lines that were left unattended to. There was the obvious case of the Night King. The guy is about to rain down cold hell in all of the known worlds. There is also Cersei Lannister and her cruel ways that have earned her the nick name the “Mad Queen” in the fan circles. There are also two major alien armies that are now living in Westeros. Remember that the Unsullied and the Dothraki are not from Westeros and the Westerosi populace never takes lightly to outsiders. The Unsullied and the Dothraki need to be careful.

The Unsullied, at least, will stay disciplined but the Dothraki are another story. They are wild horses that are completely unpredictable. Bringing them to Westeros was probably a bad idea and Tyrion knows it. Handling the situation that Daenerys has over-complicated would be a herculean task and the Queen’s Hand knows it. If it becomes too much for Tyrion, he would end up switching sides and betraying his Queen, for the greater good.

Let us discuss in detail as to why we think Tyrion will be betraying Dany for good this season.

Tyrion’s current relationship with Dany is getting muddier 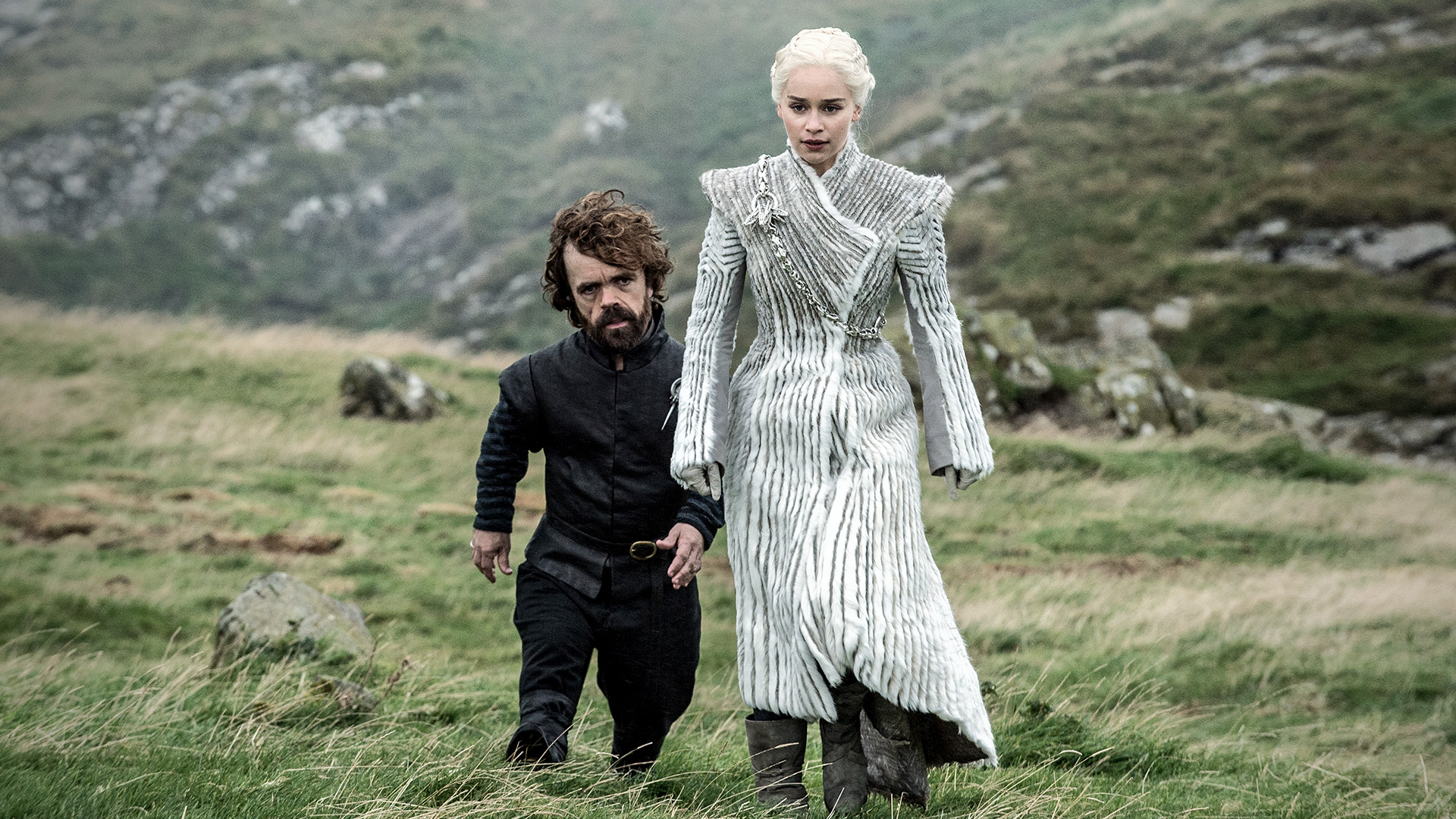 In Season 6, Tyrion Lannister proved his worth when he successfully ran the city of Meereen with absolute efficiency. When the slave masters revolted, Tyrion was instrumental in bringing the battle to a non-violent conclusion with no loss of life and property. And just when Tyrion got into Dany’s inner circle, he screwed up. 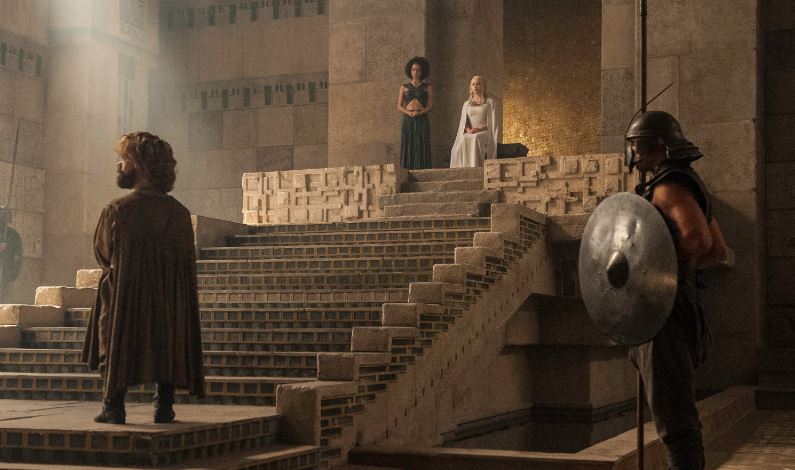 When Dany decided it was about time to invade Westeros, it was Tyrion’s plan to attack Casterly Rock and get hold of the Lannister Stronghold to strangle King’s Landing of Gold and food supplies. Tyrion failed to take into account that Jaime Lannister was also a rather gifted strategist, if not better than him, and had already anticipated such an invasion, and thus siphoned off all men, food, and gold to King’s Landing. What awaited the invading Unsullied in Casterly Rock was a Greyjoy trap led by Euron. 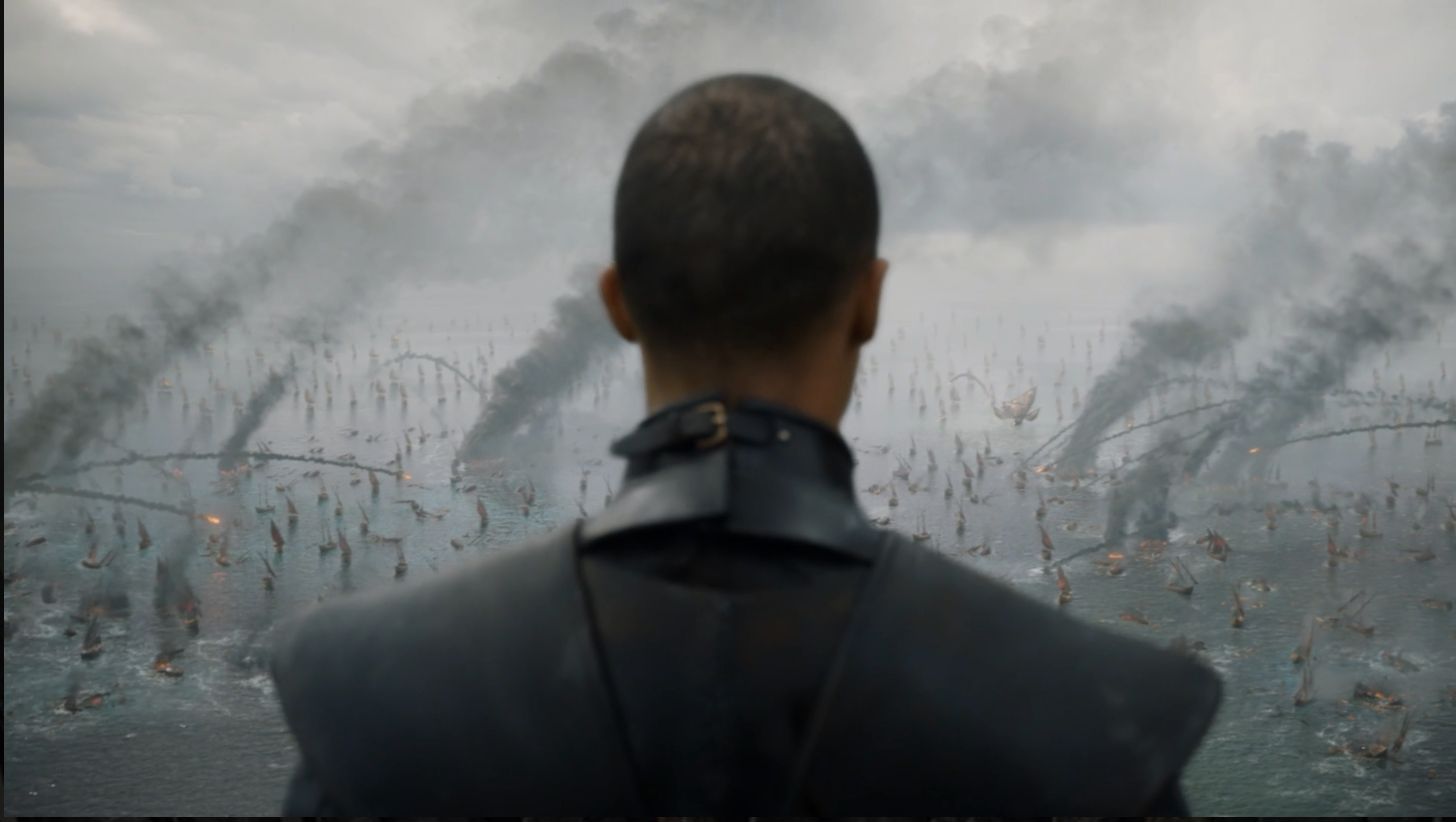 After losing so many allies in a foolish battle, Dany would never take Tyrion’s counsel into account in the future. Moreover, Tyrion has a nasty habit of being extremely overconfident when it comes to estimating his own intellect. He fails to consider that the other guy in the room could also be capable enough to see through his moves. In addition to that, it is clear now that Tyrion has strong feelings for Dany.

The scripts for Season 7 have been leaked online and they confirm it. Dany is yet to know about it and soon will when Tyrion decides that the Queen has overlooked and neglected him enough and he needs to show her that hell hath no fury like a man scorned. The scene where Jon Snow enters the bedchambers of Dany in “The Dragon and the Wolf” episode shows Tyrion utterly dumbstruck. This could be the final nail in the coffin.

The Arrival of Jaime Lannister 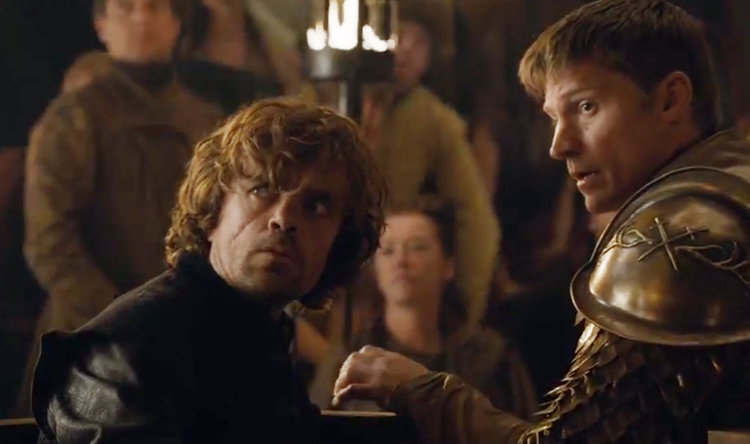 After realizing that Cersei has lost her mind and will sink King’s Landing if not contained soon, Jaime abandons his sister and leaves for an unknown location. Our best guess is that Jaime is going to Winterfell, the stronghold of Dany’s and the Northerner’s forces. Jaime, even though he is by and large a good guy, is an enemy of the North. He is an even greater nemesis of the Targaryens. Jaime is not called the Kingslayer for nothing.

He literally beheaded Dany’s father and was a part of the revolt that drove the Targaryens out of Westeros. When he reveals that Cersei is planning to betray Dany and has no intentions of sending troops to the North, Jaime will not be received well. Moreover, the entire Lannister line will be viewed with disgust and seen as backstabbers and Dany will have a hard time not treating Tyrion the same way, given the fact that he has recently let the Queen down in a big way. 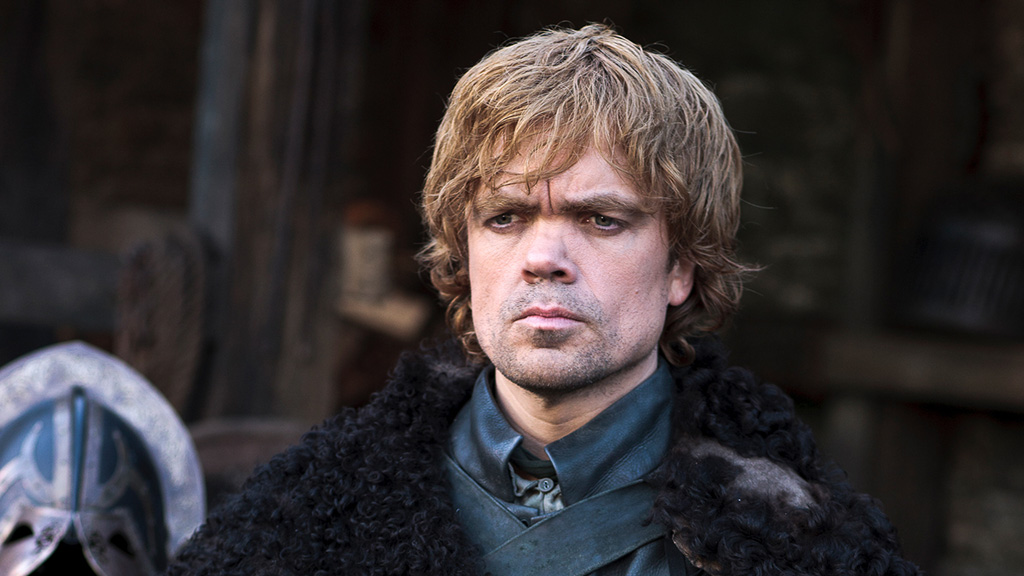 Tyrion, on the other hand, is truly proud of his Lannister heritage. When Dany burned Tyrion’s people in Field of Fire, Tyrion was petrified. Dany is not happy with Tyrion but the feeling is mutual now. With Jaime coming into the picture, Tyrion’s allegiance will be torn between whether to keep serving his Queen or honor his brother and side with him to bring down the Mother of Dragons for good.

There were theories floating around that Jon Snow was indeed a Targaryen and the true heir to the Iron Throne. It was only confirmed later in Season 7. Dany may have an army at her disposal and two freaking dragons that could level a castle in seconds, but without a right to the Iron Throne, she is just another alien conqueror like Aegon was thousands of years ago. When she learns of her new lover’s true heritage, Dany will be pissed. She has a history of acting violently and lashing out when things do not go her way, and she has a habit of leaving a trail of fire and blood along the way when she is angry. 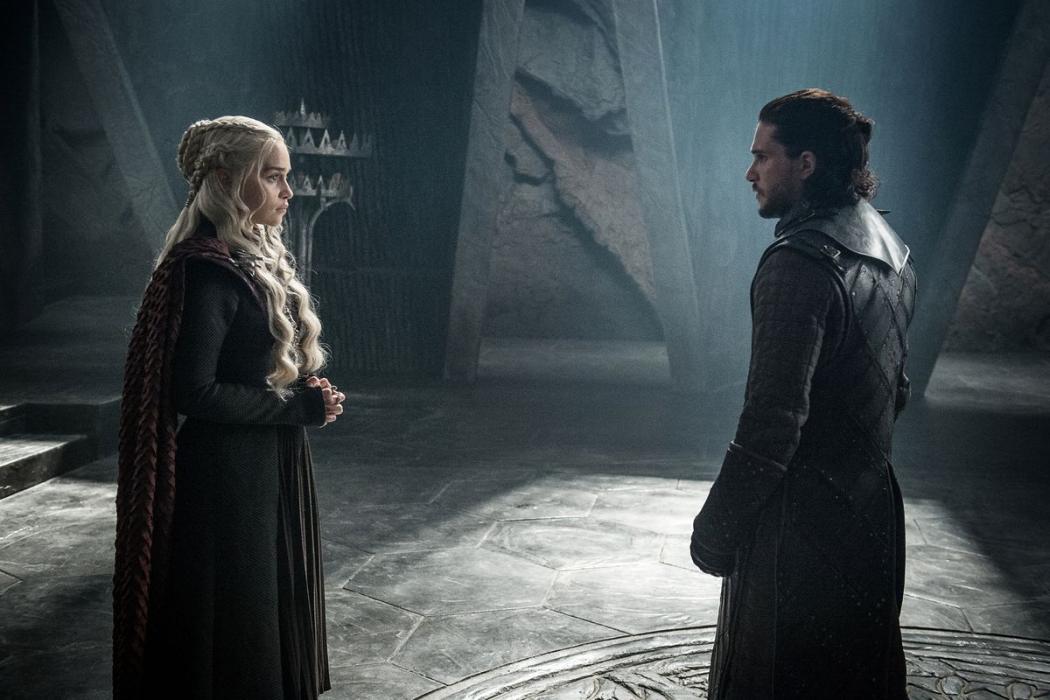 Jon Snow’s true parentage, if made public, would be enough to rally the Westerosi people against Dany. Her claim to the throne would be void and Dany’s dreams of being the One True Queen would be smashed to pieces. Tyrion would also jump in on the action. The fact that Jon Snow is a son of the soil who was born and brought up in Westeros, proved his mettle in battle without using dragons and is a well-known figure, is enough to convince the Westerosi, Tyrion included, to switch sides.

Why Tyrion betraying Daneryes is inevitable? 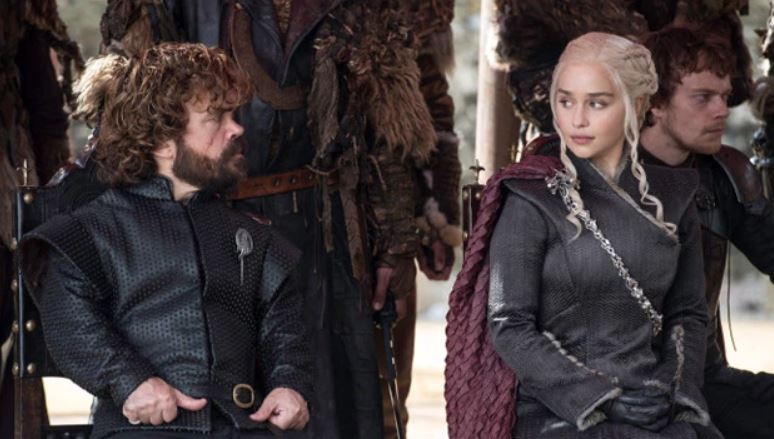 Tyrion is no hero. He is an agent of grey. He is known to do questionable things and has no respect for honor (at times). Dany knows this. Hell, the whole Westeros knows this. With Cersei aiming to betray Dany, the sudden appearance of his brother Jaime, Dany’s increasingly erratic decisions and the fact that Tyrion will want someone more peace-loving and kind-hearted to sit on the Iron Throne, is enough to say that the Imp is on his way to go behind Daenerys Targaryen’s back. It is just a matter of time before it happens.

The eighth season of Game of Thrones will start airing its first episode on the 14th of April, 2019. We will know the truth behind this theory soon enough.

‘The Falcon And The Winter Soldier’ Release Date Revealed

Top 10 Best TV Shows That Are Based on Books