Of late we have seen some really cool concept art, another recent release in Concept Art is of Vision from Captain America: Civil War. Here the artist has tried to blend in Visions look with human clothing.

This does give a different and interesting look to the Vision we know, who’s always seen in slacks and button up shirts and sweaters. Few would know that this was never the final look that was intended to show for Paul Bettany in the movie.

The original Concept art team worked on a variety of ideas before they finalized the look for Bettany. Amongst the many looks, this was the one that was finally selected. And we love it too! 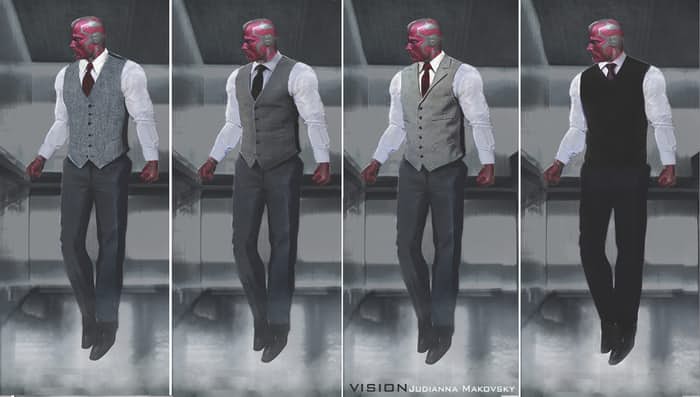 Despite being an artificial synthezoid, Vision has really tried his best to blend in with the human crowd in Captain America: Civil War. We’ve seen Vision wearing some altercating clothes in the movie as well, which later became a point of debate.

Especially in one of the scenes where Secretary “Thunderbolt” Ross brings in the Sokovia Accords to the attention of the Avengers. Vision is seen wearing his familiar concept art costume.

One would even go on to think, with his relation developing with Scarlett Witch, would he convert completely to wearing regular human clothes. That seems to be an interesting theory. And a look that we would love to see how he carries. No doubt, from what we’ve seen its pretty hot! 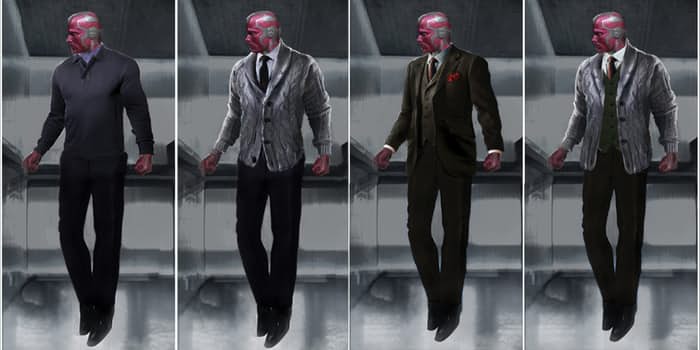 Moving on, this particular Concept Art has been done by Judianna Makovsky for Captain America: Civil War. Releasing these pictures recently. This altercating casual three-piece suit gives a refreshing change from the mundane sweater and slacks that we see Vision wearing. I would say – Vision has never looked this stylish since we first saw him. 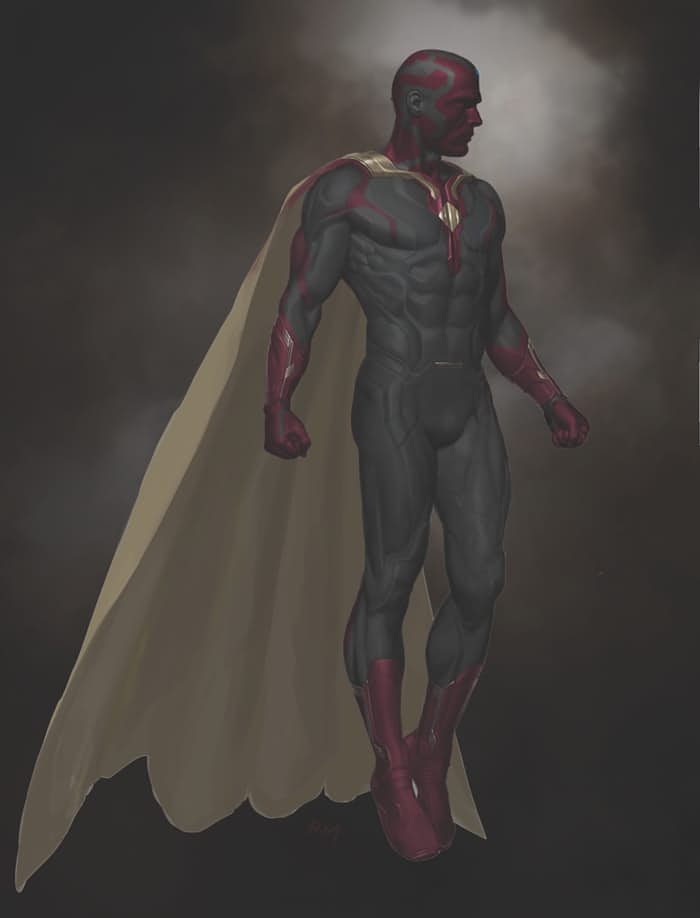 If you go on to look carefully – some of the casuals that Vision is seen wearing is that of his Grandfather, Edwin Jarvis. Seems pretty interesting! Doesn’t it?!

Celebrities Who Were Found With Fake Followers on Social Media